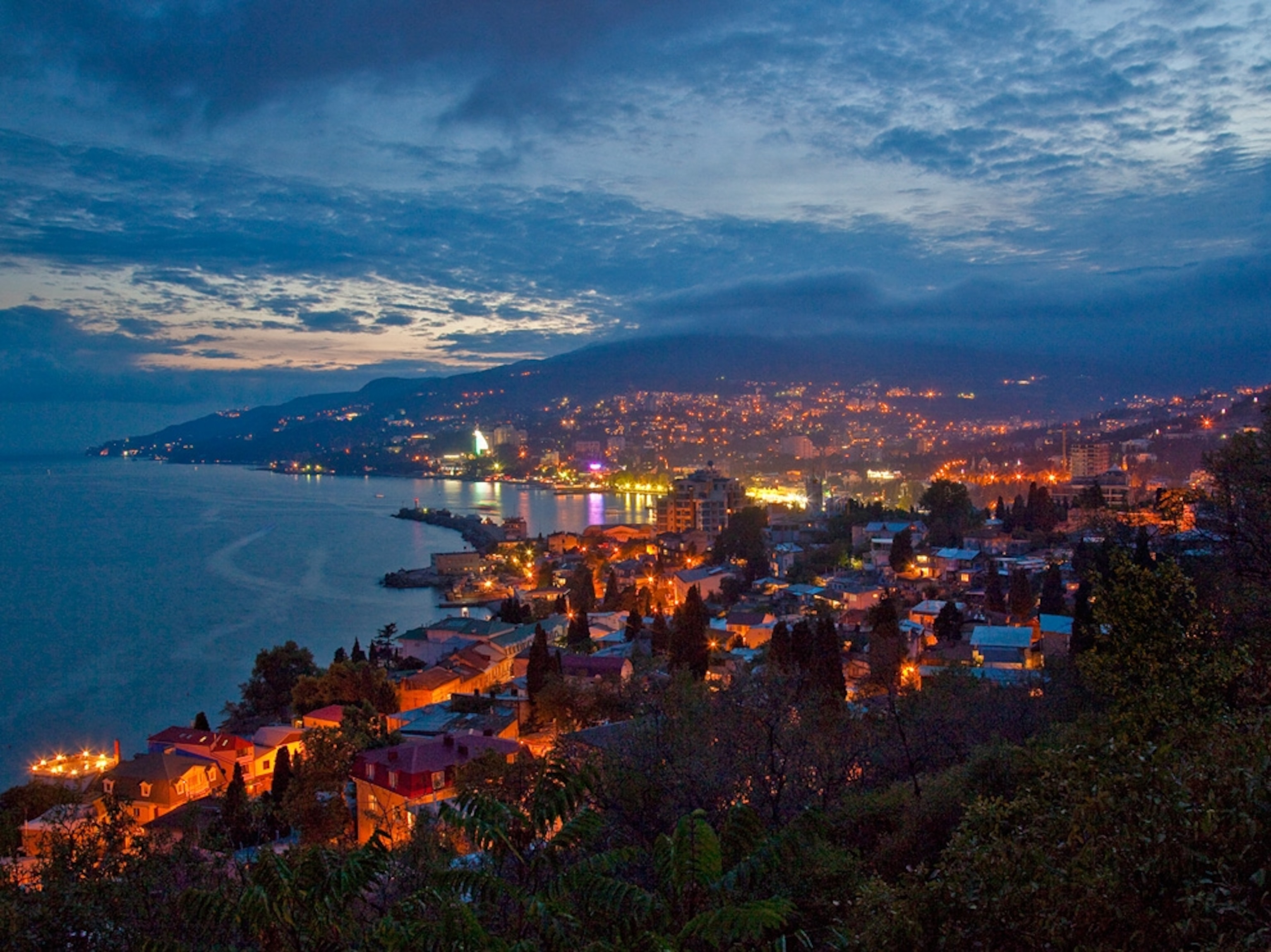 Phosphorescent dusk settles over Yalta, a fashionable resort for Russian nobility in the 19th century, war scorched in the 20th. Winston Churchill, participating in the 1945 conference that reconfigured postwar Europe, called the area the "Riviera of Hades."

See more pictures from the April 2011 feature story "A Jewel in Two Crowns."