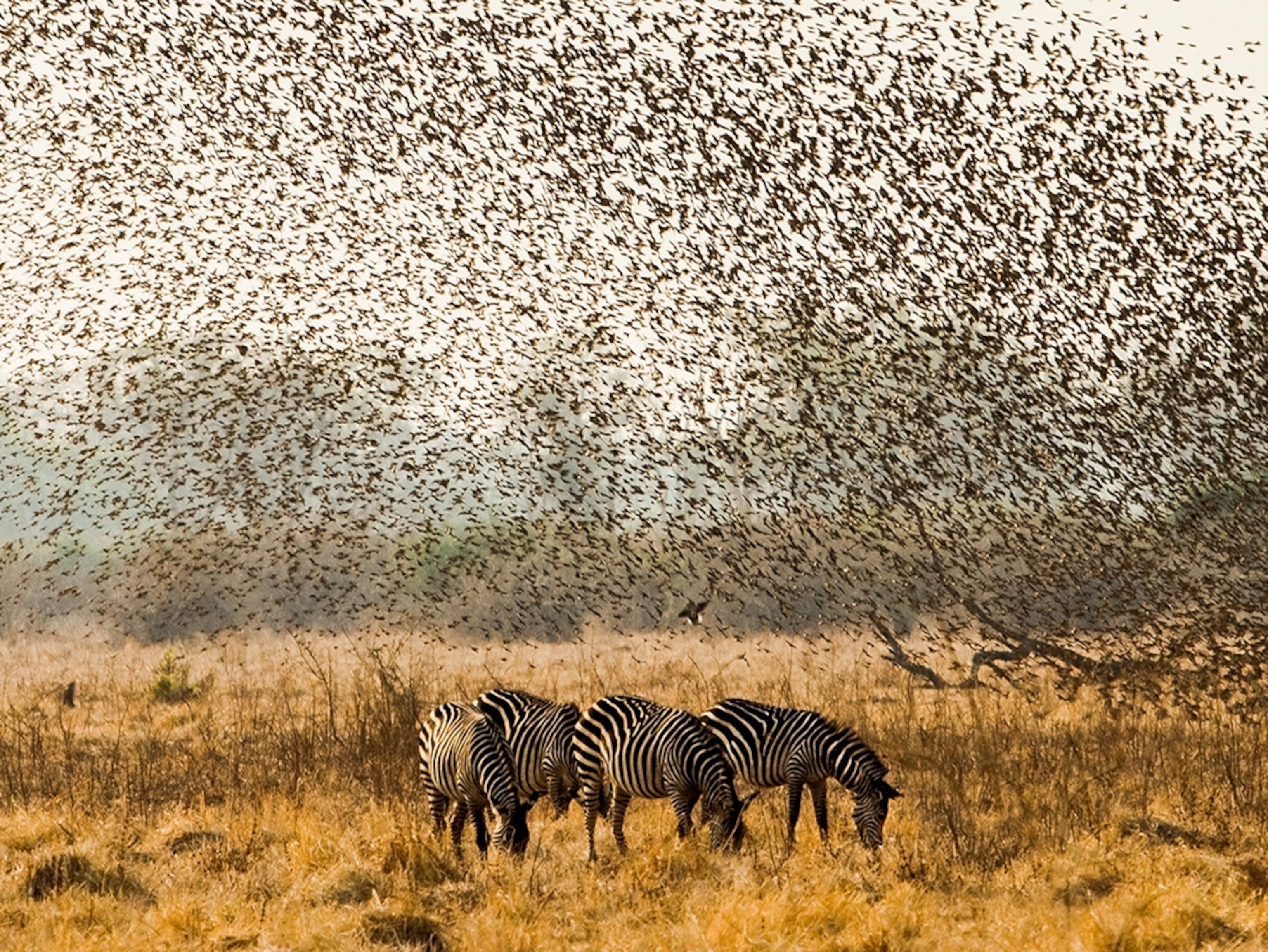 “It was at the end of a long day in South Luangwa, Zambia and the sun was beginning to set when we came across these grazing zebras bathed in the golden light,” writes Samuel Cox, a member of our Your Shot photo community. “Before I could stop the driver, thousands of quelea birds erupted out from the surrounding bushes and flocked up in unison over the nonchalant grazers. I was quick enough to raise up my camera and stable (or lucky) enough to shoot whilst in motion before the moment was lost a few seconds later. Upon reviewing my images I was relieved to see that I had managed to capture the scene in all its glory; the moment was gone, but not lost.”

Cox’s shot was recently featured in the Daily Dozen.