Born 90,000 years ago, the child is the first direct evidence of interbreeding among Neanderthals and their cousins the Denisovans.

When the results first popped up, paleogeneticist Viviane Slon didn't believe it. “What went wrong?” she recalls asking herself at the time. Her mind immediately turned to the analysis. Did she make a mistake? Could the sample be contaminated?

The data was telling her that the roughly 90,000-year-old flake of bone she had tested was from a teenager that had a Neanderthal mom and Denisovan dad. Researchers had long suspected that these two groups of ancient human relatives interbred, finding whiffs of both their genes in ancient and modern human genomes. But no one had ever found the direct offspring from such a pairing.

Slon, a postdoc at the Max Planck Institute in Leipzig, sampled the bone from another spot; she got the same result. So she did it again. After running tests on six samples in all, the results always came out the same: The bone had nearly equal amounts of DNA from a Neanderthal and a Denisovan.

The landmark find, published this week in Nature, marks the first definitive evidence for offspring that came directly from interbreeding of these ancient species and is helping shape our understanding of hominin interactions.

“It's amazing to be able to find something like this,” says David Reich, a geneticist at Harvard who was not part of the work. “It seemed unlikely that we would be able to catch it happening in the act—an individual that's really the product of a first-generation hybrid.”

So, who was this ancient child, and what does her fossil mean for our understanding of the human journey?

Who Were the Denisovans?

Denisovans are a fairly recent—and still largely mysterious—addition to our understanding of the human family tree.

In 2010, an international team led by Svante Pääbo of the Max Planck Institute for Evolutionary Anthropology announced their discovery of unusual hominin DNA from a pinky bone and wisdom tooth found in the Denisova cave of Siberia's Altai Mountains. They named this newly described hominin Denisovan after the cave.

human relatives. Today, only one

New research identifies interbreeding between Denisovans and Neanderthals around 90,000 years ago.

This suggests mixing between early hominin groups may have been common. 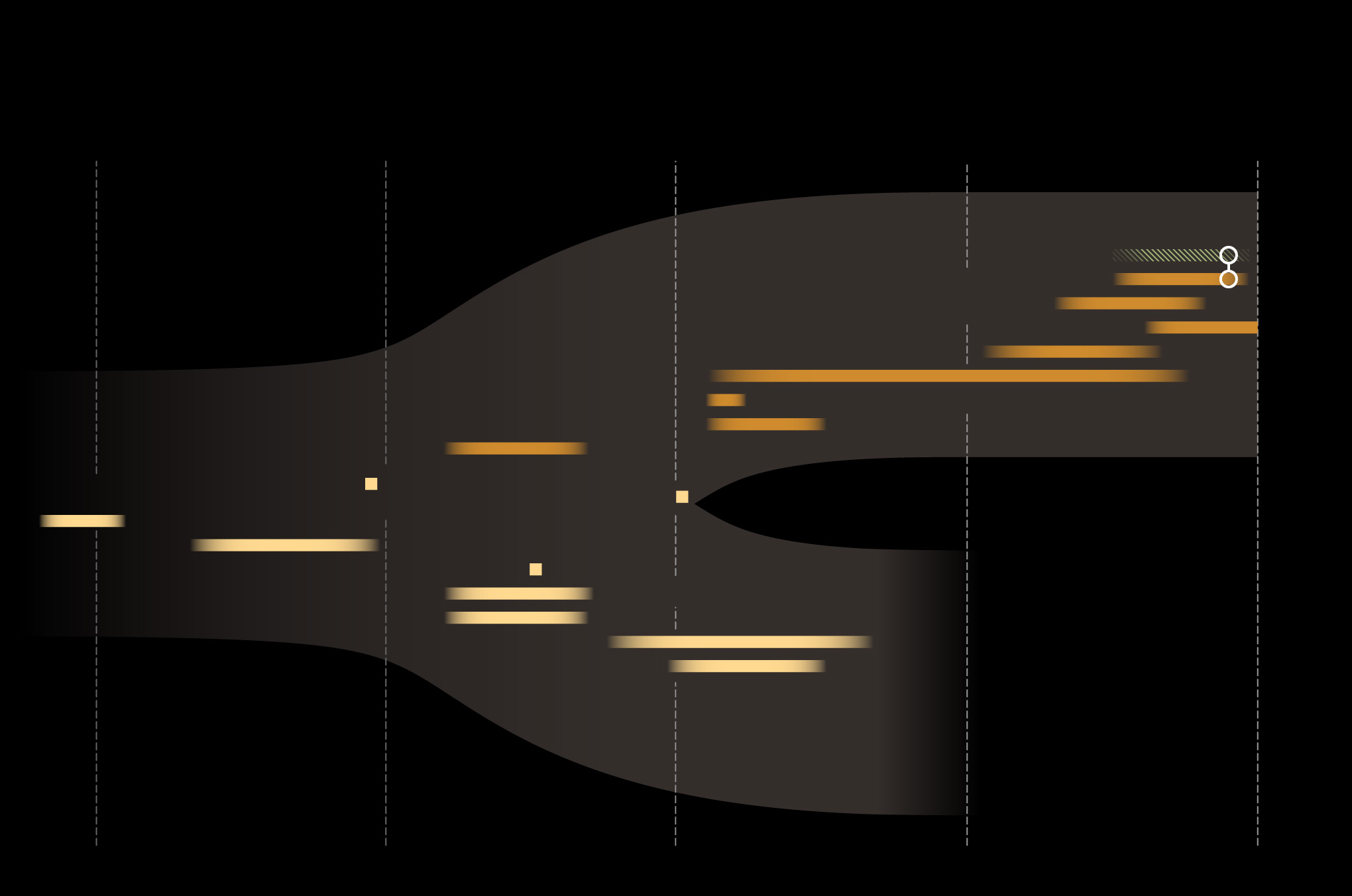 Today, only one branch of the family tree remains: us.

New research identifies interbreeding between Denisovans and Neanderthals around 90,000 years ago.

This suggests mixing between early hominin groups may have been common.

Further study showed that the Denisovans were a sister group of the Neanderthals, splitting from a common ancestor some 390,000 years ago. They likely lived until around 40,000 years ago, around the time when Neanderthals were also starting to fade away.

But many questions remain. What did they look like? How many where there? Did they only live around this single Siberian cave? The problem is that Denisovan remains are exceedingly scarce. Everything scientists know about them has been extracted from scanty traces—just three teeth and a pinky—of four Denisovan individuals all found in the same cave.

Where Did This New Bone Come From?

The bone in the latest study was found in 2012 and also hails from Denisova cave. The new analysis suggests that the fragment is from the arm or leg of a female who died around age 13 some 90,000 years ago.

Barely as long as a quarter is wide, the fragment is unrecognizable as a hominin bone at first glance. Because of this, it was initially cast aside for later analysis with thousands of other pieces of bone found in the cave, including fossils from lions, bears, hyenas, and more.

Several years later, Samantha Brown of the University of Oxford was sorting through the thousands of fragments, studying the proteins in the bones' collagen to figure out what each one was. Using this method, she identified the bone as hominin. That was when Slon got her hands on it.

How Do We Know This Hominin Was a Hybrid?

The first thing Slon did was study the fragment's mitochondrial DNA—genetic material passed only from mother to child. The results, published in Nature in 2016, confirmed that the bone belonged to a hominin with a Neanderthal mother.

“This was already very exciting,” says Slon. “It only got more exciting when we started looking at the nuclear DNA.” Nuclear DNA is inherited from both mom and dad, which allows scientists to trace the ancient hominin's paternal lineage.

“That's when we realized something was a bit funky about this bone,” she says.

For starters, the paternal lineage clearly matched the genetic signature of Denisovans. What's more, the child had a strikingly high amount of diversity in its genome overall—a measure known as heterozygosity that can tell scientists how closely related your parents are. If your parents are cousins, you'd have low heterozygosity. If they come from entirely different species of hominin, heterozygosity would be high.

And this newly sequenced bone? “It's heterozygous out the wazoo,” says Richard E. Green, a computational biologist at the University of California, Santa Cruz, who was not part of the study. “That's really what nails it.”

Could I Be Related to These Ancient Hominins?

Interbreeding certainly wasn't limited to Denisovans and Neanderthals. Not long after modern humans left Africa, they likely began breeding with Neanderthals. Today, around two percent of DNA from most Europeans and Asians is Neanderthal. Hints of Denisovan also remain. Four to six percent of modern Melanesian genomes come from this ancient hominin.

It's hard to say whether you're directly related to this one mixed hominin. But, Reich notes, everyone with Denisovan ancestry has some amount of Neanderthal ancestry.

The new study suggests that past interbreeding may have been much more common than once thought. Only a handful of these ancient hominins have been sequenced, and already scientists have found a first generation offspring, Slon says, calling the odds “quite striking.”

It's possible this is sampling bias, notes Green. Caves tend to preserve bones well, and perhaps they're just the place where diverse groups came together. “They're the singles bars of the Pleistocene Eurasia,” he quips.

But the more we look, it seems, the more interbreeding we find: The Denisovan father of this teenager also shows traces of Neanderthal relatives. And in 2015, researchers announced the discovery of a human mandible from a cave in Romania that had Neanderthal ancestors as recently as four to six generations back.

The new find is giving us a peek into an ancient world in which breeding happened freely between hominins from all walks of life, Reich says. “That sort of qualitatively transforms and changes our understanding of the world,” he says. “And that's really exciting.”

Editor’s Note: This story has been corrected to reflect the fact that Neanderthals never lived in Africa.