New species of ancient human discovered in the Philippines

Dubbed Homo luzonensis, the species is one of the most important finds that will be out in the coming years, one scientist predicts.

Humankind's tangled shrub of ancestry now has a new branch: Researchers in the Philippines announced today that they have discovered a species of ancient human previously unknown to science.

The small-bodied hominin, named Homo luzonensis, lived on the island of Luzon at least 50,000 to 67,000 years ago. The hominin—identified from a total of seven teeth and six small bones—hosts a patchwork of ancient and more advanced features. The landmark discovery, announced in Nature on Wednesday, makes Luzon the third Southeast Asian island in the last 15 years to bear signs of unexpectedly ancient human activity.

“For a long, long time, the Philippine islands [have] been more or less left [out]," says study coauthor and project leader Armand Mijares, an archaeologist at the University of the Philippines Diliman and a National Geographic grantee. But H. luzonensis flips the script, and it continues to challenge the outdated idea that the human line neatly progressed from less advanced to more advanced species.

“This new discovery made me thrilled,” Yousuke Kaifu, a paleoanthropologist at Tokyo's National Museum of Nature and Science who was not part of the new study, says via email. “It further highlights remarkable diversity of archaic (primitive) hominins once present in Asia, in a way beyond my expectation.”

Aida Gómez-Robles, a paleoanthropologist at University College London who reviewed the study before publication, is hesitant to unequivocally say the find represents a new species. But she adds that all possibilities to explain the unusual fossils are equally intriguing.

“It’s absolutely one of the most important findings that [will] be out in a number of years,” she says.

Digging deeper into Asia's past

Decades ago, the story of Asia seemed far more straightforward, if incomplete. Paleoanthropologists knew that archaic hominins such as Homo erectus ventured over land bridges into parts of what is now Indonesia nearly a million years ago. But farther east, it was thought that these hominins ran into ocean currents considered impassable without boats.

Luzon seemed especially difficult for ancient hominins to reach, as it had never been connected to the mainland by land bridges, so archaeologists thought that digging into deeper, older layers of soil wouldn't yield much. When Mijares first excavated Callao Cave in 2003, he found 25,000-year-old evidence of human activity—but he didn't dig any deeper than about four feet down.

“Most Southeast Asian archaeologists would only excavate cave sites up to two meters, and they would stop,” Mijares says.

That all changed in 2004, when researchers unveiled Homo floresiensis—a diminutive hominin, also known as the “hobbit,” that inhabited the Indonesian island of Flores until 50,000 years ago. Inspired, Mijares returned to Callao Cave in 2007 to literally dig deeper.

The team excavated more than five feet of clay below where they had stopped digging in 2003, with no fossils in sight. But then they found a layer of breccia, a type of rock formed from a jumble of other materials. Tantalizingly, this layer contained fragments of bone that had washed into the cave long ago. At first, the bones seemed to include only animals such as deer and pigs. But under closer inspection, one piece stood out: a nearly complete foot bone that looked human. The team sent the fossil to Philip Piper, a coauthor of the new study, who was looking through the animal remains.

“He called me up and said, Hello mate, you've got human remains,” Mijares says. “And I said, Really? Then we'll go grab a beer!”

In 2010, Mijares and his colleagues unveiled the 67,000-year-old fossil, which they tentatively suggested belonged to a small-bodied member of Homo sapiens, making it perhaps the oldest sign of our species anywhere in the Philippines at the time. But Mijares suspected that it might actually belong to a new species, maybe even a Luzon analog to H. floresiensis. The team needed more fossils to be sure.

Over millions of years, Africa, Asia, and

Europe incubated a dazzling array of

ancient human relatives. Today only one 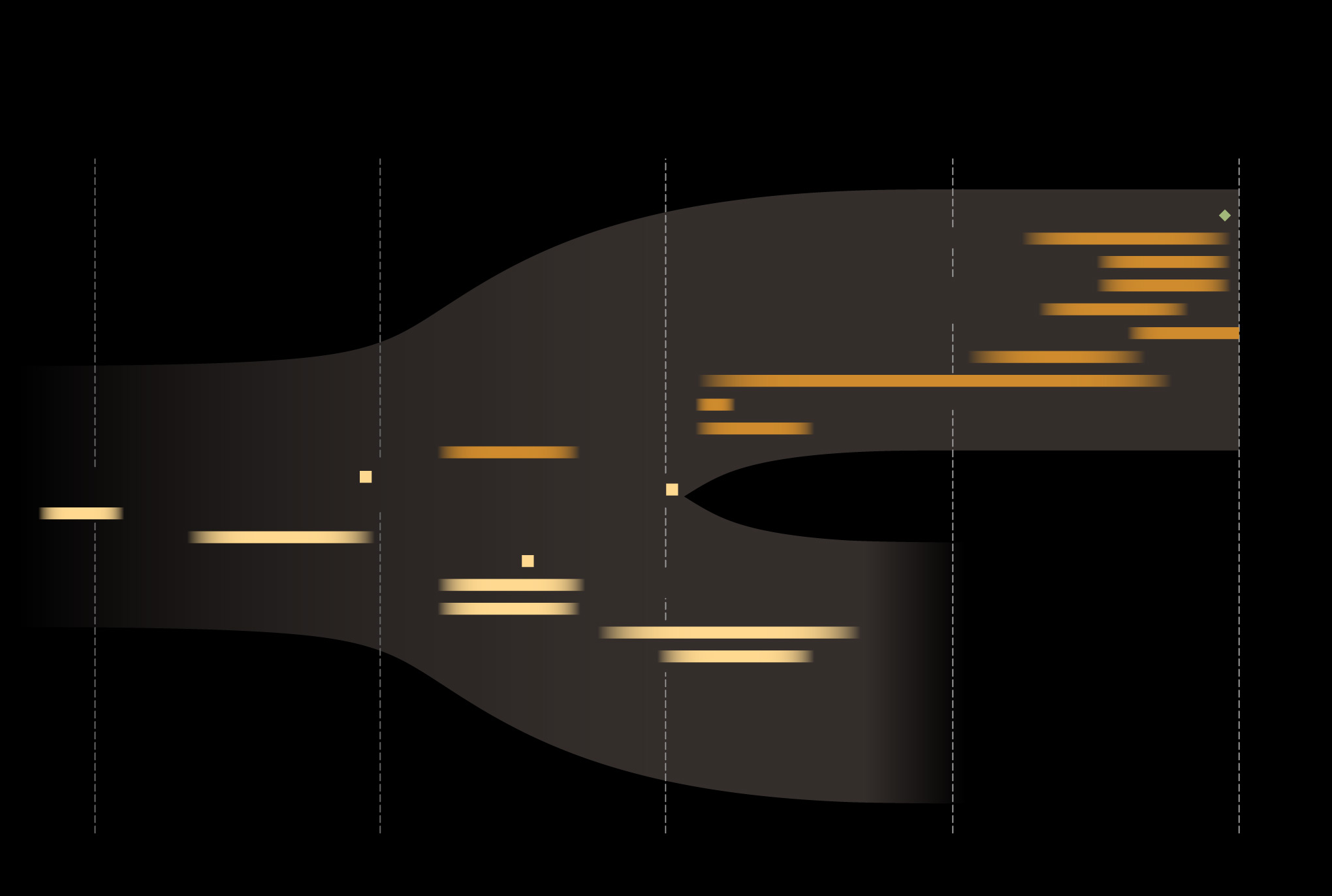 Over millions of years, Africa, Asia, and Europe incubated a dazzling array of ancient human relatives.

Something old, something new

As luck would have it, excavations uncovered two more toe bones along with seven teeth, two finger bones, and part of a femur on return trips to Callao Cave in 2011 and 2015. In all, the remains represent at least three individuals.

The small fossils' curves and grooves reveal an unexpected mix of both ancient and more advanced traits. The teeth's small sizes and relatively simple shapes, for instance, point to a more “modern” individual, but one upper premolar has three roots—a trait found in fewer than 3 percent of modern humans. And one foot bone resembles those of the ancient australopithecines, a group that includes the famous human relative Lucy, who trekked across Africa roughly three million years ago.

“I agree with [the] authors that the combination of features is like nothing we have seen before,” says María Martinón-Torres, the director of Spain's National Research Center on Human Evolution.

New York University anthropologist Shara Bailey, an expert on ancient teeth, notes that South Africa's Homo naledi—discovered by a team including National Geographic grantee Lee Berger—also has features that look both ancient and modern. She takes the two discoveries as a sign that “mosaic” evolution was more common among hominins than once thought.

Martinón-Torres further suggests that the mix of dental features somewhat resembles that seen in 15,000-year-old hominin remains from Dushan in southern China, which she and her colleagues recently described. Along with H. luzonensis, the discoveries join recent finds hinting that by 12,000 years ago, as the Pleistocene epoch drew to a close, hominins in Asia had a startling amount of diversity.

What's in a name?

While many scientists laud the research for its thoroughness, defining a species from just 13 small bones and teeth is tricky. Though the scientists attempted to extract DNA, they were unsuccessful, as is common for samples that have stewed for millennia in the heat and humidity of tropical locales.

The small stature of H. luzonensis could also cause some traits of the bones to appear more primitive than they truly are, says John Hawks, a paleoanthropologist at the University of Wisconsin-Madison who was not involved in the study. This muddles comparisons of this species to other known hominins. While there are compelling features, and he thinks the case for a new species is reasonable, his overall take is: “I really wish there were more bones.”

Other researchers are more confident in holding up H. luzonensis as a new species.

“The discovery team has done a very meticulous and commendable job describing these new fossils, and their naming of a new species, in my opinion, is valid,” Griffith University archaeologist Adam Brumm, an expert on H. floresiensis who wasn't involved with the study, says in an email. “This is a truly sensational finding.”

“[If] in the future, colleagues are able to show that we were wrong because the fossils can enter one of the already known hominin species, we will just lump it and forget about it, but in the meantime, I am convinced it is the way we had to do it,” he says via email.

Tools of the trade

However the new hominin is ultimately defined, researchers are excited by hints that our ancient relatives in the Philippines were engaging in some very familiar activities, including signs of tool use.

The 2010 paper that introduced the Callao cave foot bone—which is now considered a part of H. luzonensis—mentions that a deer bone found in the same sediments bears what look like stone-tool cut marks. Michael Petraglia, a paleoanthropologist at the Max Planck Institute for the Science of Human History, takes the bone as a sign that H. luzonensis was a proficient toolmaker and hunter.

There's also evidence that H. luzonensis, or another ancient hominin, lived on Luzon even further back in time. In 2018, Mijares and his colleagues announced the discovery of stone tools and a butchered rhinoceros skeleton that are more than 700,000 years old, found not too far from Callao Cave. Because of the time gap between the remains and the tool site, however, it's tough to say whether the stone tool users were predecessors of H. luzonensis or an unrelated hominin.

While evolution sculpted H. luzonensis into a small form similar to that of H. floresiensis, we don't know which island conditions drove the differences between the two species. Also, while a barrage of studies makes clear that interspecies unions happened regularly, we don't know whether H. luzonensis ancestors interacted or bred with other hominin species that lived in Asia at the time, such as the enigmatic Denisovans.

“You could see this as kind of a natural experiment in human evolution,” says Gerrit van den Bergh of the University of Wollongong, an expert on H. floresiensis.

Another major unknown is how the ancestors of H. luzonensis even reached the Philippines. In 2016, researchers unveiled stone tools on the Indonesian island of Sulawesi that date to between 118,000 and 194,000 years old—or at least 60,000 years older than the island's oldest known modern humans. Taken alongside the remains from Flores and Luzon, the sites suggest that ancient hominin dispersal throughout the region wasn't necessarily as rare—or as accidental—as researchers once thought.

“If rhinos can swim and get to places, certainly we can think of erectus, floresiensis, and luzonensis not necessarily just swimming but at least rafting, if not boating,” Petraglia says. “It's just pure speculation, but you could posit that and make some convincing arguments.”

One thing remains clear: Southeast Asia probably was home to more hominin species than current fossils let on. For his part, Mijares is continuing to look for other signs of H. luzonensis, including a current search at Luzon's Biak na Bato National Park, done with support from the National Geographic Society. Through it all, Mijares sees the future for H. luzonensis—and for Asian anthropology—as bright.

“I'm very proud, because as a Filipino and Southeast Asian, we tend to be on the periphery of this debate. Now, we can be actively engaged in the debate, because our areas—our sites—are now recognized,” Mijares says. “And that is, I guess, my legacy in this world.”