From single-use plastic bans to education, Bali is digging deep to preserve its pristine reputation and save its tourism industry.

What’s the first thing about Bali that comes to mind? Likely its beautiful, pristine beaches. But beaches on the paradisiacal island in the Indonesian archipelago increasingly feature not shells, but rather, plastic trash.

Plastic waste has been piling up on Bali, fueled by a lack of infrastructure—or an official plan—to deal with it. Also contributing to bottle- and bag-strewn beaches are growing tourism, ingrained cultural practices, and a lack of awareness about the lifecycle of plastic from disposal, to sea, to washing up on beaches as trash.

In a 2015 study in Science of the top 20 countries that poorly managed plastic waste, Indonesia was listed second. The nation generated 3.2 million tonnes of plastic in 2010, and nearly half of it ended up in the sea. China was first, the United States twentieth. The Indonesian government issued numbers to National Geographic that were quite a bit lower than those in the study, but the bottom line is the same: Most plastic trash isn't managed well in Indonesia.

In the last 50 years Indonesia, and especially Bali, has seen a large increase in international visitors.

The rapid growth of Bali’s economy and development of tourism have translated into an increase in the amount of waste generated.

*Average for all tourism

Only about half of waste generated in Bali has been well managed, both recycled and transported to landfills. As a result, 33,000 tons of plastic waste end up at sea every year. 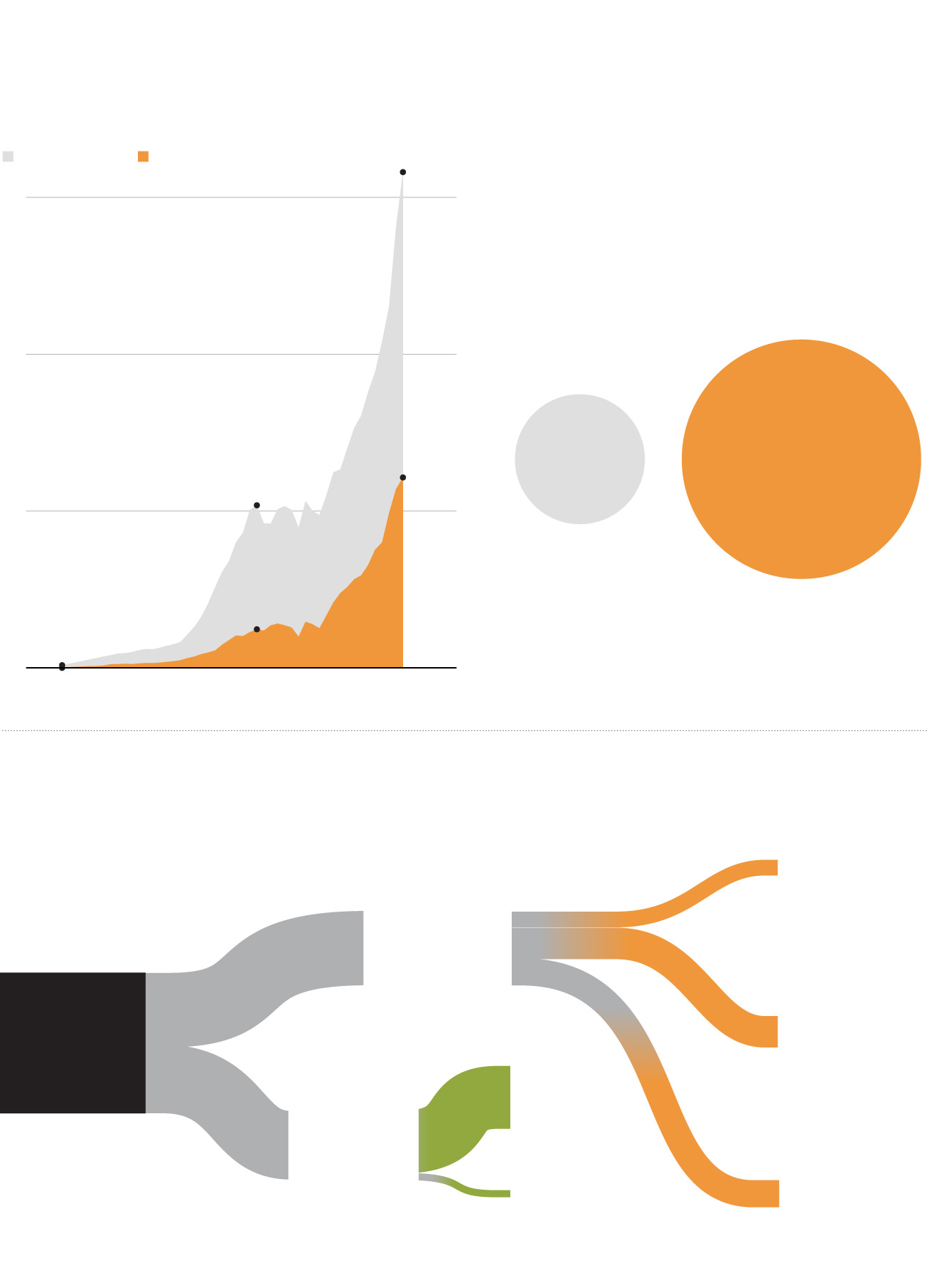 In the last 50 years Indonesia, and especially Bali, has seen a large increase in international visitors.

The rapid growth of Bali’s economy and development of tourism have translated into an increase in the amount of waste generated.

*Average for all tourism

Only about half of waste generated in Bali has been well managed, both recycled and transported to landfills. As a result, 33,000 tons of plastic waste end up at sea every year.

Bali is trying to cope with its plastic problem, and there are some shining stars in the effort. In late 2018 Balinese Governor Wayan Koster announced a ban on plastic bags, polystyrene, and plastic straws. The Indonesian government has vowed to reduce plastic marine waste by 70 percent by 2025. And the Balinese government is converting the island’s biggest landfill, the 80-acre Suwung landfill in the capital of Denpasar, to an eco-park and waste power plant.

Some Balinese are starting to take action, among them Melati and Isabel Wijsen. The teen sisters established Bye Bye Plastic Bags six years ago, when they were 12 and 10 years old. The organization has become one of the largest environmental nonprofits in Bali.

“Changing the mindset of the people is always at our core. We want to help people understand the importance of why they have to say no to plastic,” says Melati, now 18.

She said that since Bye Bye Plastic Bags began, a lot of young people in Bali have started to become more aware of the problem of plastic waste.

“Six years ago, when we went to a presentation at an elementary school with 150 students, they were all excited. But when we asked the question, is plastic good or bad? And they all said at the same time, plastic is good,” Melati says.

But now, in every classroom that they go to, she says, almost every child would say no to plastic bags. “It has become a topic that is really inserted in the daily lives of the young people,” she adds. “That’s really where the impact is for us.”

The government’s recent ban on single-use plastic bags raised the objections of Indonesian plastic producers, who are concerned that the ban will put a damper on the plastics industry. Producers are adamant that waste management must be improved, in addition to reducing usage. The Indonesian Olefin, Aromatics, and Plastic Industry Association (INAPLAS) said the ban would also hinder efforts to come up with creative solutions for plastic waste management.

EcoBali is a company that offers such a solution. Trash separation is almost unheard of on Bali. Garbage collectors in the island usually only take household waste, and that straight to the landfill.

Paola Cannucciari, who has been living in Indonesia for over two decades, founded EcoBali in 2006. “We’re one of the pioneers of having waste separation and we only collect non-organic. As for organic, we’re hoping people will start composting, and they can use our composting system,” she says.

EcoBali collects separated non-organic waste and brings it to a sorting facility in Canggu, sending recyclable plastic to centers in Java.

Avani Eco brings nature into the picture. Founder Kevin Kumala has developed a biodegradable plastic bag, food packaging, and straw made of cassava, a starchy root vegetable that can be turned into an alternative to plastic. Kumala claims his product is water soluble, non-toxic, and compostable.

“I truly believe there are more Rs than just reduce, reuse, recycle,” he says. “There’s also repurpose and replace. If we stick to the notion of 3R, it’s not enough.”

“For this country to escape from this plastic epidemic, we need to be more creative in offering solutions,” Kumala says.