The research reignites a long-simmering debate about how and where our species emerged.

A powdery white layer blankets the desiccated landscape of Botswana’s Makgadikgadi pans, one of the world's largest salt flats. But some 200,000 years ago, this blank canvas would have been painted in the blues and greens of a flourishing wetland. Set in the middle of a harsh desert in southern Africa, the lush landscape would have been an appealing place for early humans to call home.

Now, a controversial new study in Nature argues that this oasis, known as the Makgadikgadi–Okavango wetland, was not just any home, but the ancestral “homeland” for all modern humans today. The researchers studied mitochondrial DNA—genetic material stored in the powerhouse of our cells that is passed from mother to child—of current residents across southern Africa. Then they layered the genetic data with an analysis of past climate and modern linguistics, as well as cultural and geographic distributions of local populations.

The study’s results suggest that shifts in climate allowed branches of the ancient population to spread from the wetland to newly formed zones of green. Thousands of years later, a small population of these wanderers’ kin eventually would leave Africa and ultimately inhabit every corner of the world.

“We all came from the same homeland in southern Africa,” says Vanessa Hayes of the Garvan Institute of Medical Research in Australia, who led the new research.

The study revives a long-simmering debate about exactly where in Africa modern humans emerged, and it has drawn sharp criticism from several scientists. They point out that although all humans alive today have mitochondrial DNA passed on from a common ancestor—a so-called Mitochondrial Eve—this is just a tiny fraction of our total genetic material. So even if the proposed founder population described in the new study is the source of our mitochondrial DNA, many others likely contributed to today’s genetic pool.

“The inferences from the mtDNA data are fundamentally flawed,” Mark Thomas, an evolutionary geneticist at the University College London, says via email, adding that in his view, the study amounted to "storytelling."

Yet Rebecca Cann, a geneticist at the University of Hawaii at Manoa who was a reviewer of the study and has conducted pioneering work on mitochondrial DNA, argues that the new research is innovative, crossing multiple disciplines in search of answers.

“This is going to start a lot of conversations, and it’s going to stimulate a lot of new studies,” she says. While the study is not perfect, she adds, “It’s going to get us further down the road.”

The hominin family tree has deep roots in Africa. The earliest fossil of our genus, Homo, yet found is a 2.8-million-year-old jaw fragment uncovered in East Africa. Our species, Homo sapiens, didn’t appear till fairly far up the tree, branching off at least 260,000 years ago. Where exactly in Africa that happened, however, remains up for debate.

Fossils carrying a varying mix of features from both modern humans and more ancient hominins seem to be scattered across Africa, from the 260,000-year-old Florisbad remains in South Africa and 195,000-year-old Omo remains in Ethiopia to the 315,000-year-old Jebel Irhoud remains in Morocco. But after baking in the African heat, the DNA from these ancient fossils seems to have largely degraded.

human relatives. Today only one

A new study suggests that the earliest anatomically modern humans emerged 200,000 years ago in what was once a vast wetland that sprawled across Botswana in southern Africa. Later shifts in climate opened up green corridors to the northeast and southwest, leading our ancestors to spread through Africa. 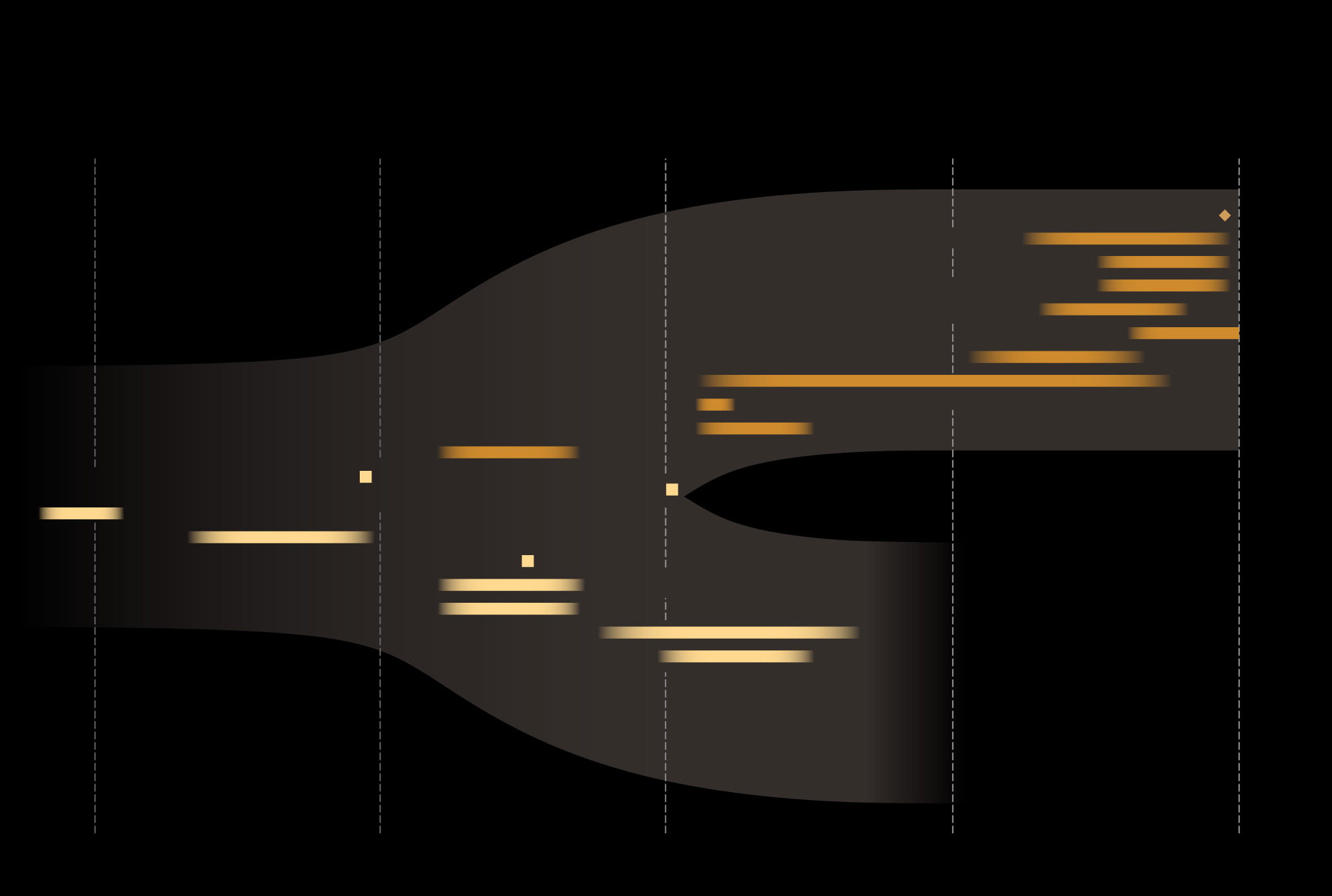 A new study suggests that the earliest anatomically modern humans emerged 200,000 years ago in what was once a vast wetland that sprawled across Botswana in southern Africa. Later shifts in climate opened up green corridors to the northeast and southwest, leading our ancestors to spread through Africa.

While the hunt for ancient DNA continues, many researchers have instead turned to studying the diverse genetics of populations in Africa. One of the deepest-rooted lines of mitochondrial DNA is commonly found in people living across southern African, and none more so than in the KhoeSan—foragers, herders, and hunters who speak languages that include a clicking sound for consonants. Many past studies, including some of Hayes's own work, tease apart their ancestry for clues to our species’ past.

But for this new study Hayes and her colleagues wanted to pinpoint exactly where this deep-rooted genetic line arose. To fill in some of the gaps in the genetic record, the researchers sequenced the mitochondrial DNA of 198 individuals from Namibia and South Africa—some of whom identify as KhoeSan and others who do not—and combined them with previously collected data for a total of 1,217 individuals. Next they grouped southern African populations by ethnicity and linguistics to lay out the geography of people carrying these deep-rooted lines of mitochondrial DNA today. And they crafted a tree tracing their mitochondrial genetic relationships back some 200,000 years to the early days of our species.

The analysis revealed that for some 70,000 years the early human populations remained steady. Climate analysis revealed that the massive wetlands that sprawled across Botswana could have provided a stable home for the early humans. But then about 130,000 to 110,000 years ago, something changed: “They go crazy,” says Hayes. “All these new human lineages just start popping up.”

The study suggests that green corridors likely opened during that period, first in the northeast and then to the southwest, which may have encouraged groups to spread to where some still live today. Hayes, who has long worked with people across southern Africa, discussed the results with study participants soon after the analysis.

“They were the first to hear about it, long before you guys did,” she says. “And they love these stories, they really do. It’s their story.”

The new study, importantly, focuses on analyzing today’s African populations, a gaping oversight in many past genetic studies. “Everyone recognizes we’ve been studying Europeans for way too long,” says Joshua Akey, a geneticist at Princeton University. “As studies go out and sample more human genomic diversity, we’ll eventually have a more deep and clear understanding of human history.”

In broad strokes, the results of the new study paint a similar picture to some past work: Today’s southern African populations harbor a deep mitochondrial genetic line. But the details of what the latest analysis revealed remain unclear, says John Hawks, a paleoanthropologist at the University of Wisconsin-Madison.

It’s difficult to know whether the populations living in those regions today are the same as those hundreds of thousands of years ago, he says. As a result, it’s possible that the researchers are tracing mass migrations around southern Africa. But it’s also possible that there was instead something beneficial in the mitochondrial genetics, giving it a selective advantage that allowed the DNA to spread without massive population shifts.

“It’s giving you one part of the whole story of evolution at very high resolution, and that’s pretty cool,” Hawks says. “But you sort of want the rest of the story.”

Mitochondrial DNA makes up a minute fraction of our genomes: While it contains around 16,500 base pairs, nuclear DNA has more than three billion, explains Carina Schlebusch, an evolutionary geneticist at Uppsala University in Sweden. Untangling information in our complete genomes promises a more complex tale. Researchers have made similar trees for Y-chromosome DNA, which is genetic material present in men. While the details remain hazy, it hints at a very early branching genetic line in some modern humans living in western Africa’s Cameroon.

“On our other chromosomes,” she adds, “we have millions of these separate loci that segregate in populations that probably also have their own ancestors somewhere in the past.”

Tracing those other ancestors is another issue. The nuclear DNA signal is extremely complex. What we do know from full genomes of Africans is that the results of this study aren’t entirely out of line with past work that points to human origins in southern Africa, says Brenna Henn, a population geneticist at the University of California, Davis, who has extensively studied African population history.

Yet scientists are still discovering new ways to study nuclear DNA. They can’t simply peek into its genetic code to read it like a book. Intensive processing and modeling are required to understand what it all means, and the assumptions made during analysis can affect the outcome.

There are also some hints that there’s still more to learn. Several studies point to the presence of even earlier branching “ghost” populations that intermixed with our species, leaving behind small traces of their DNA in some African groups.

“We don’t know where they fit in, we don’t know who they were, but we do know some of them hung around until fairly recently,” Hawks says.

Cutting down the tree

The complexity of our evolutionary picture has led many researchers to recently move away from the idea that we emerged from a single locale that branched outward into a global family tree. Instead, they suggest our species evolved from many points across Africa, like a network or braided stream with many inputs, divergences, and some rejoining rivulets that leads to the mighty mix flowing through our veins.

“I don’t see any reason, really, to be wedded to any particular place,” says Thomas, a co-author of a recent paper that challenged a single origin for our species.

The new study’s authors acknowledge that our species could have arisen from multiple origins. But there’s not yet enough data to definitively show that’s the case, says study co-author Eva Chan, a statistical geneticist at the Garvan Institute of Medical Research. And the latest work was a cross-disciplinary attempt to fill some blanks in the picture of our evolutionary history.

“That’s not to say we have the picture right now,” she says. “With more data, the picture will continue to change.”

All of this work also circles the increasingly confusing definition of a species. While humans like to put everything in boxes, nature doesn’t fit into tidy categories, Schlebusch says. There are no distinct lines between one species and the next; everything works in shades of gray.

The controversy over our origins will surely continue. Unlike many fields of study, human evolution is not something you can design experiments to test, Akey adds. But then again, perhaps scientists need to rethink the debate entirely.

“Maybe the question we’re asking isn’t the right one,” he adds. “Maybe we need a more nuanced question.”