Weather shows evidence of climate change every single day since 2012

A single, torrential rainstorm one day in June. An unseasonably warm day in January. A cold snap in late April. The wind, sun, humidity, and all the other things we experience when we walk outside every day: that’s weather.

Climate, scientists have long explained, is what you get when you mash together day after week after month after year of weather. Climate is the whole cloth woven together by individual threads of daily weather.

For years, scientists have cautioned that weather can’t tell us about how the climate is changing. That 70-degree day in January? There are a whole pile of reasons that could have happened. Climate change, they’ve said, could be part of the equation, but our statistical techniques haven’t previously been finely enough tuned to pick out the direct influence on weather of human-caused global warming.

Days in a year affected 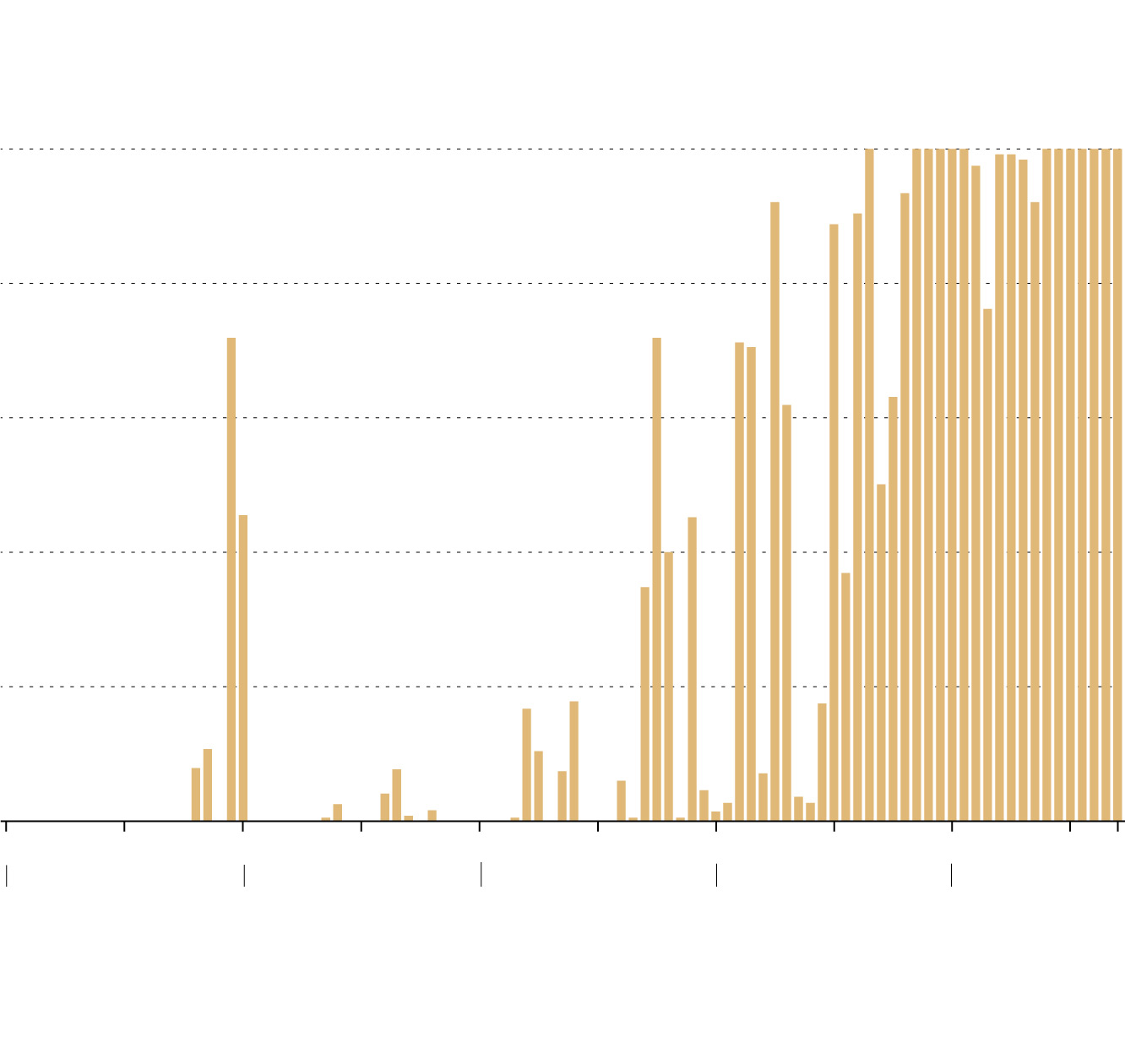 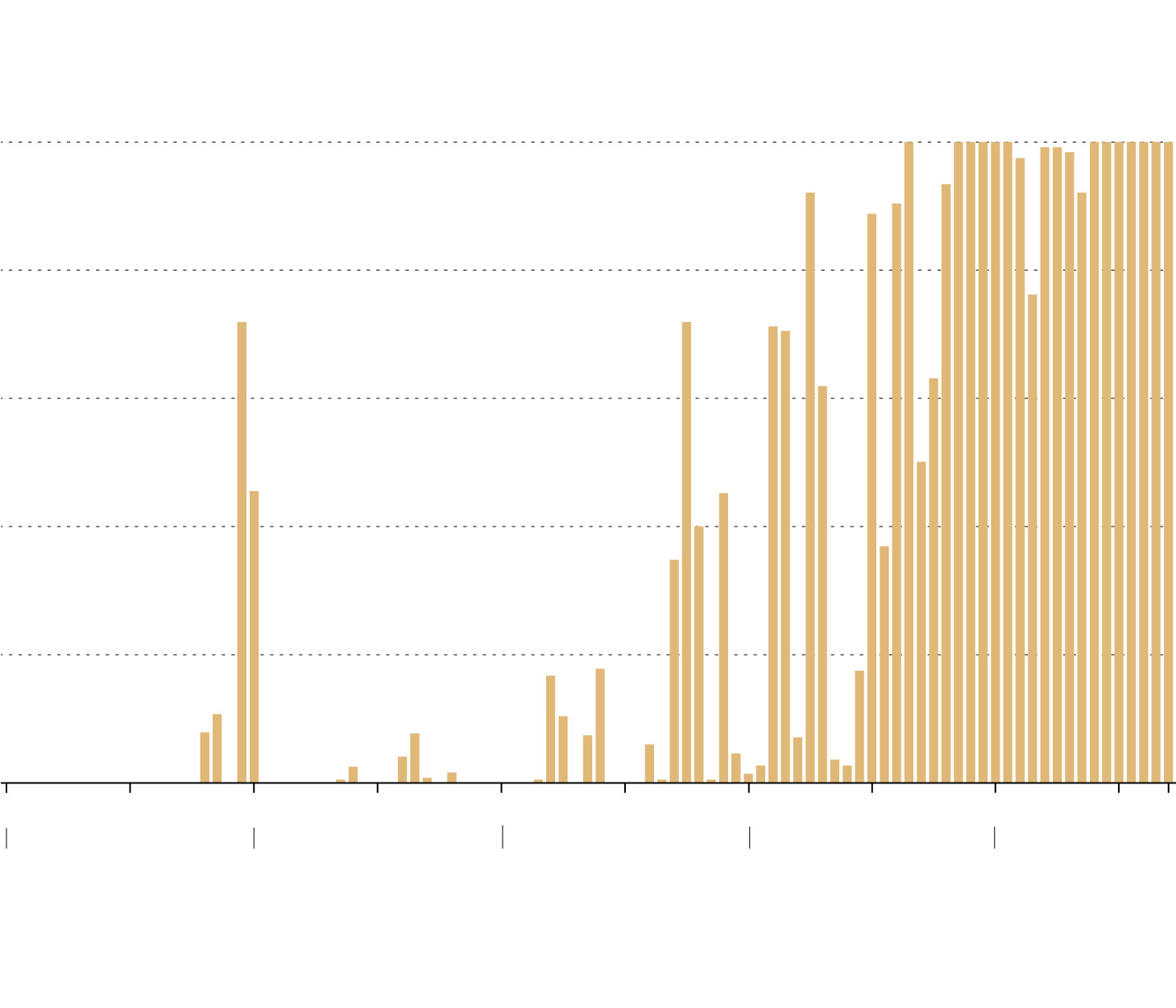 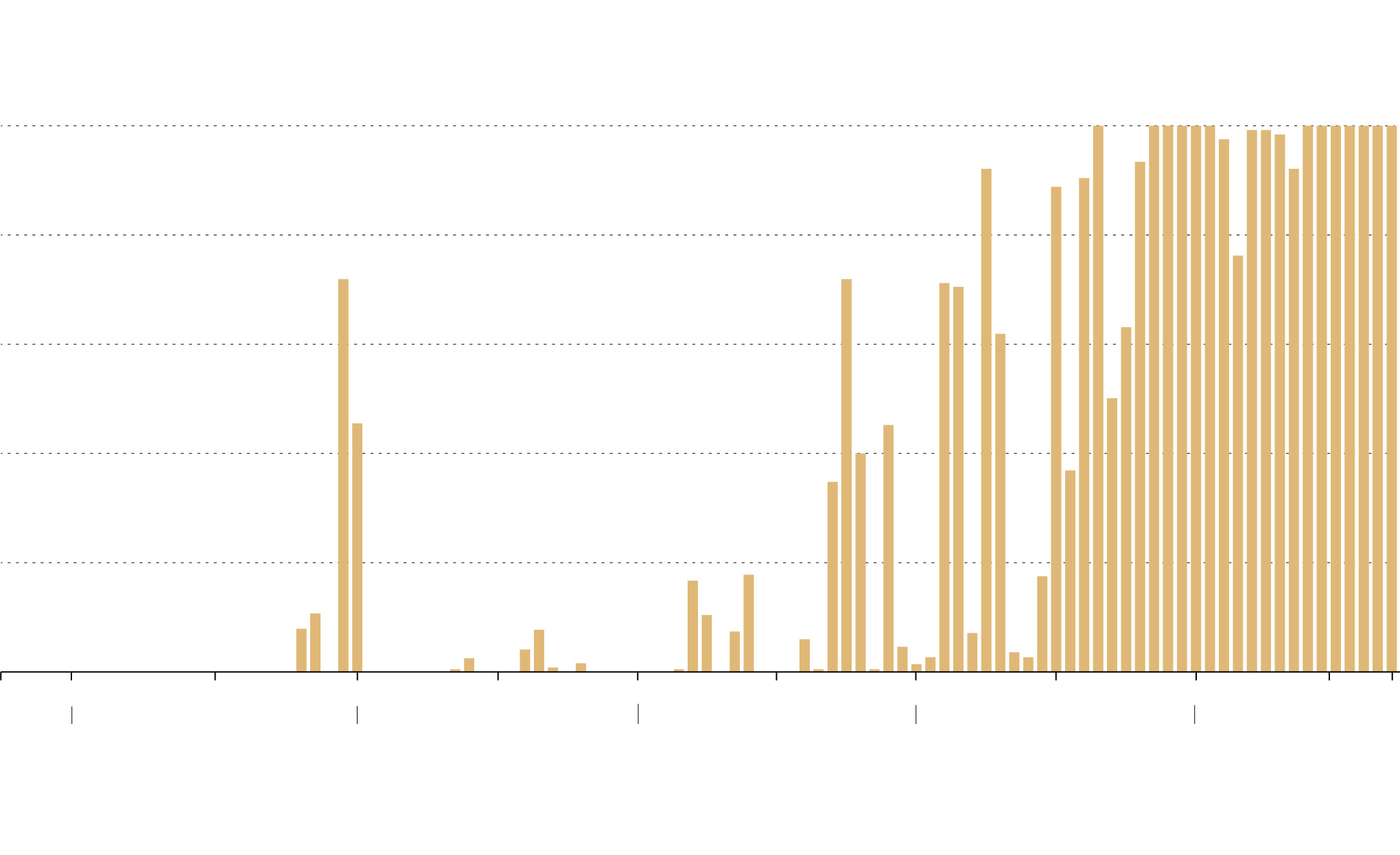 But those days are over. Climate change has dug in its claws so thoroughly into the planet that its marks can be seen in any single day of global weather since 2012. A 6-year-old child, therefore, has never lived a day without feeling climate change’s influence.

A climate scientist “could sit on the space station and look down at Earth and actually see the fingerprint of climate change on any given day” just by watching the global weather pattern, says Reto Knutti at the Institute for Atmospheric and Climate Science at ETH Zurich and an author of the research, published in January in Nature Climate Change. “We’re so far into uncharted territory in terms of climate change that we can see things clearly now.”

Since the late 1970s, scientists have been getting better and better at teasing out and detecting the signals of human-caused climate change from the messy slosh of all different kinds of planetary observations. At the same time, they’ve developed techniques to figure out exactly how much of that signal could be attributed to the changes wrought by human addition of extra greenhouse gases to Earth’s atmosphere.

The “signal” scientists search for is this: what’s actually happened to temperature and humidity over the years, according to weather records, compared to what climate models predict would have happened without human-caused global warming in play. The more those two things diverge, the stronger the signal is considered to be.

The traces of climate change are relatively easy to see in some data, like the global average air or ocean temperatures, which have increased more or less steadily for decades. Over the last decade the average temperature of Earth’s atmosphere was about 0.7 degree Celsius (about 1.25 degrees Fahrenheit) warmer than in the middle of the 20th century—over half of the roughly 1 degree Celsius the planet has warmed since the start of the Industrial Revolution.

But because there is so much variability inherent in the weather from any one place or any one day, scientists have hesitated to identify a global warming signal in local or quotidian weather.

“It’s a signal-to-noise question,” explains Beena Balan Sarojini, a climate scientist at the European Centre for Medium-Range Weather Forecasts. “Climate change is the signal. Weather, and things like El Nino, are the noise. So far, we’ve been able to find that climate signal in long-term records like temperature, precipitation, and Arctic sea ice extent. But once the big regional changes have been detected, what’s useful is to talk about local places and day-to-day changes.”

What this science team, led by Sebastian Sippel, a researcher at the Institute for Atmospheric and Climate Science at ETH Zurich, found was a pattern lurking in the fuzzy chaos of global daily weather, like a radio station waiting to be tuned in. In any global single-day snapshot of weather since 2012, there was a clear fingerprint of long-term, human-induced global warming.

“Today, what’s normal was something remarkable in the past,” says Balan Sarojini. “Yesterday’s extreme event is going to be tomorrow’s norm.”

Now, we see it clearly

Even 10 years ago, this signal was too faint and fuzzy to pick out clearly. But in the last decade, the warming signal has lept off the page, says Frederike Otto, the director of the Environmental Change Institute at Oxford.

“The last decade was warmer than any decade ever. The signal is so strong now that without doing super complicated work, we can actually detect these patterns,” she says. “The signal has emerged and evolved so much in such a short time frame.”

And climate scientists have, in some senses, been working toward seeing these exact results for 40 years. In 1979 a landmark scientific study posited that eventually, with enough data and enough warming, scientists would be able to identify the human signal in the messy climate slop of weather data.

That same year, the National Research Council published a working paper called “Carbon dioxide and climate: A scientific assessment," one of the first assessments to estimate just how responsive Earth’s atmosphere would be to vast additions of excess carbon dioxide. And also that same year, NOAA and NASA launched a series of weather satellites that have been recording continuously since then, building an invaluable, uninterrupted record of the atmosphere and oceans as Earth’s fever has risen.

“Because we’ve had so much global warming, our whole climate has shifted substantially away from where it should be,” Peter Stott, a climate scientist at the U.K.’s Met Office. “So even on a daily basis the global average temperatures have changed significantly. That’s a thing we thought we’d see eventually, and it turns out it’s here already.”