The U.K. backed off on herd immunity. To beat COVID-19, we’ll ultimately need it.

Widespread immunity is essential for a successful vaccine, but establishing it could be difficult for the new coronavirus.

While countries around the world began to lock down workplaces, schools, and public gatherings in response to the rapidly spreading coronavirus, the United Kingdom’s initial strategy sent many into an uproar.

At first, the U.K. chose not to shut down large gatherings or introduce stringent social distancing measures. In a plan that surprised many in the medical community, officials instead described a plan to suppress the virus through gradual restrictions, rather than trying to stamp it out entirely.

The strategy, an attempt to build “herd immunity,” involved allowing “enough of us who are going to get mild illness to become immune,” Sir Patrick Vallance, the U.K. government’s chief scientific adviser, told Sky News on March 13.

If the risks of COVID-19 were not so high, it would technically be possible to bring about herd immunity by allowing the disease to run rampant through a population. However, evidence shows that scenario would lead to high rates of hospitalization and need for critical care, straining health service capacity past the breaking point. 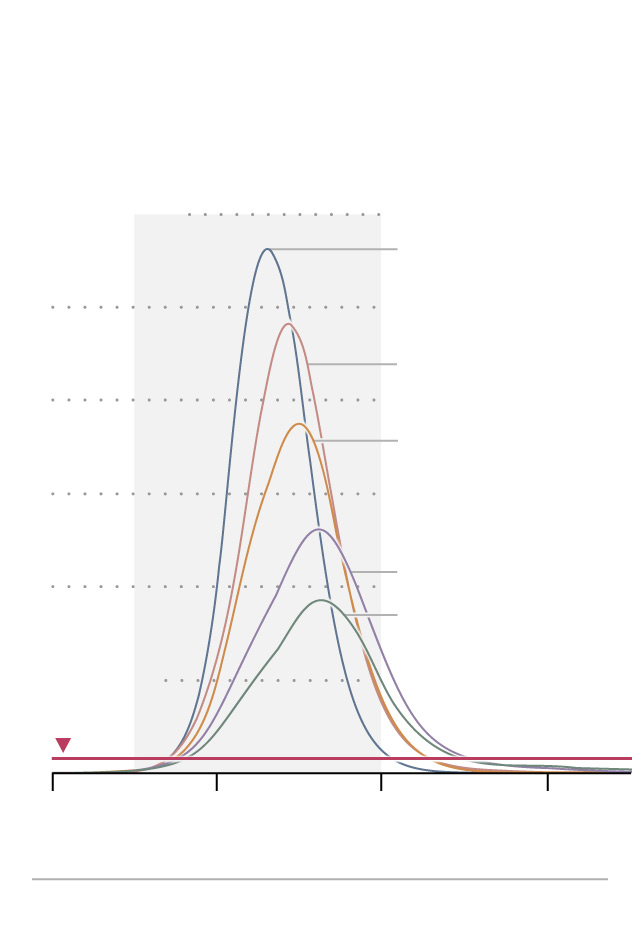 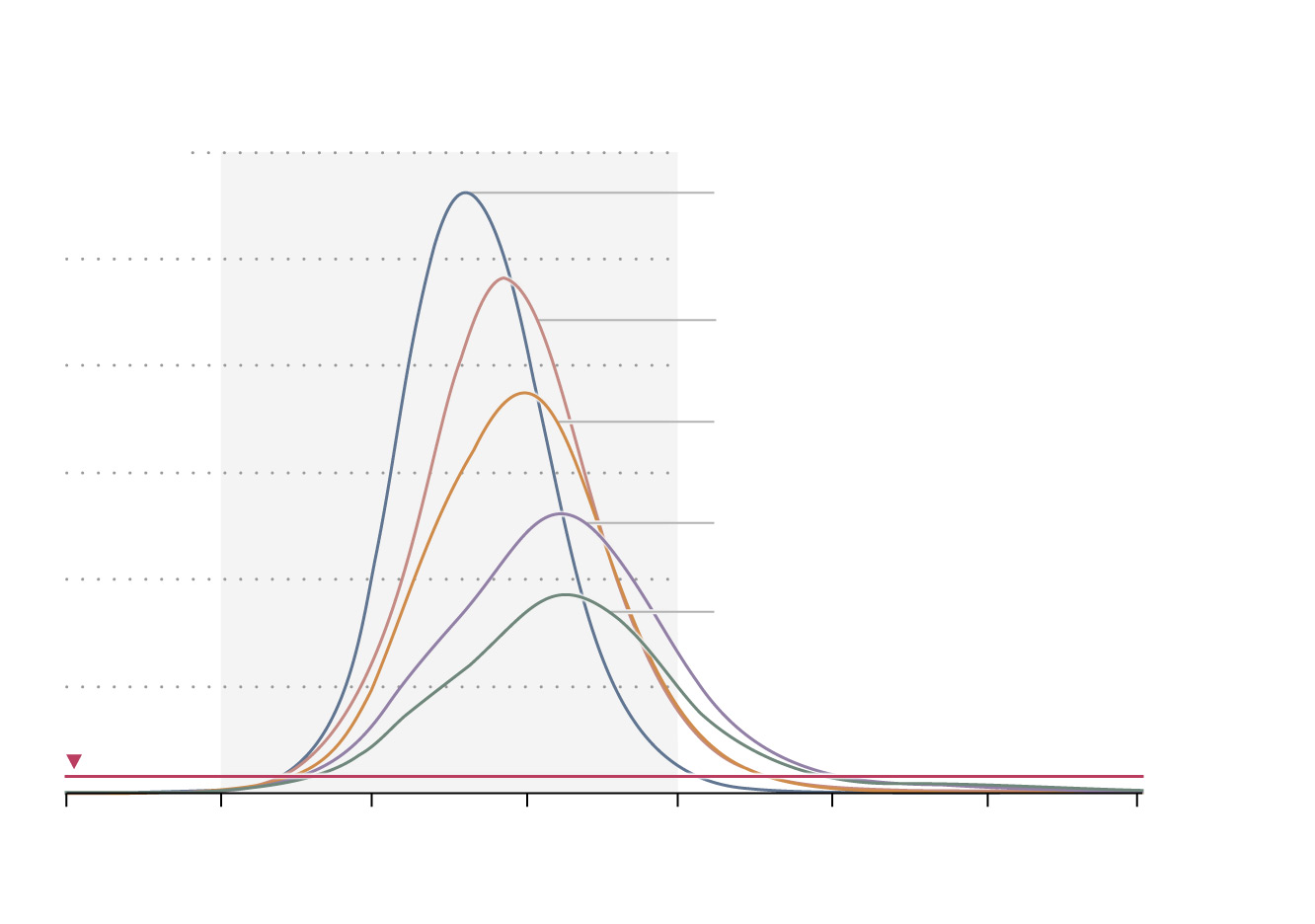 After new simulations of the outbreak from Imperial College London showed how badly hospitals would be overwhelmed, the U.K. suddenly reversed course on Monday and introduced new social distancing measures. By Friday, the Prime Minister had ordered all pubs, restaurants, gyms, and cinemas to close.

Still, the question of herd immunity’s role in slowing the coronavirus lingers because of how it might determine the success of vaccine development—and the chances that the virus may flare back up once social distancing policies end.

Getting ahead of the virus

Viruses are stealthy. They disguise themselves as they infect a host and penetrate that host’s cells, which gives them a head start over the body’s immune response. Once a cell recognizes certain telltale signs of a pathogen, it throws out an alarm signal to the immune system. But because the virus has that head start, it still has time to replicate itself and infect a new host before the immune system can catch up.

Immune responses within a cell can take around 24 hours to trigger, says Elly Gaunt, a virologist at the University of Edinburgh’s Roslin Institute. A full-blown immune response can take another three days—which means that a respiratory virus like the flu, which can replicate in as little as eight hours, is way ahead of the game.

That’s why someone’s first experience with an infectious disease can be so nasty. The immune system is not so easily tricked a second time: When it’s beaten an invader once, it keeps a specialized weapons cache dedicated to that particular pathogen, ready to mount a high-speed reaction if it’s ever detected again. So, the second time the disease shows up in your body, the virus won’t have that handy head start.

People with immunity are “duds for transmission,” says Katie Gostic, a University of Chicago researcher who studies immunity to influenza. And when viral transmission can’t sustain itself an epidemic will slow down and end, she explains.

Herd immunity can only be reached when a precise proportion of a community becomes resistant to an infectious disease, says Yonatan Grad, an epidemiologist at the Harvard T.H. Chan School of Public Health. You can’t have just some herd immunity, he explains, in the same way you can’t be just a little bit pregnant.

To have herd immunity, each infected person must, on average, infect less than one person (though clearly, it’s not possible to infect half a person; if some infected people pass on the infection and others don’t, the average transmission rate will be less than one.) Once the transmission rate drops below one, a community has herd immunity. That won’t stop each and every case, but it will prevent the disease from spreading indefinitely.

Many of our lessons on herd immunity come from the measles, because it's so contagious. The more infectious a disease is, the more people who need to be immune to reach herd immunity. One person with measles, for instance, could infect up to 18 other people in a susceptible population. To get that transmission rate all the way down to less than one, almost everyone in the population needs to act as a buffer between an infected person and a new potential host. That’s why measles needs such a high rate of herd immunity—around 95 percent.

Research so far suggests that the coronavirus has a lower infection rate than measles, with each infected person passing it on to two or three new people, on average. This means that herd immunity should be achieved when around 60 percent of the population becomes immune to COVID-19.

The do’s and don’ts of making a herd

Vaccines create a weapons cache for a disease without the body ever having to fight off the disease itself, which is why herd immunity is something that’s generally pursued through vaccination rather than infection. For example, about 30 percent of measles cases have complications such as seizures, pneumonia, and encephalitis, resulting in about two deaths for every thousand cases in the U.S. Exposing a whole population to measles would be a dangerous way to cultivate herd immunity among the survivors.

But it’s not unheard of for herd immunity to emerge through disease transmission. The infamous “chicken pox party” is a way some parents have intentionally exposed their children to a disease that’s commonly less harmful in childhood than in adulthood.

“The problem with coronavirus is that no-one has had it before, regardless of age,” says Gostic of the University of Chicago. It’s almost as if chicken pox had just emerged for the first time, leaving adults more susceptible to the more severe cases that come with age, she explains.

Herd immunity also isn’t something that can work for any disease. It doesn’t matter how many people are vaccinated against tetanus, for example: If someone who isn’t vaccinated steps on a rusty nail, they can still get infected, because tetanus lives in reservoirs outside of the human body. An infection must be transmitted between people for herd immunity to have a protective effect.

Immunity also doesn’t always last that long. HIV mutates so quickly that it can actually evolve within a single person, says Jessie Abbate, an infectious disease expert at the Research Institute for Development in France. Swiftly mutating flu is also a moving target for immunity and vaccines, which is why each flu season’s vaccine needs to anticipate the strain that will circulate widely, she explains.

What does this mean for coronavirus?

Four other coronaviruses already circulate among humans, says Gaunt, and they all cause the common cold, since we don’t stay immune to those viruses for very long. If the novel coronavirus is similar, that means that people would need to be repeatedly vaccinated or infected for herd immunity to be sustained.

Some reports describe reinfections of the novel coronavirus in people who tested positive again after they had already recovered. It’s not clear, though, that these are actually cases of reinfection—it’s more likely that they can be explained by people continuing to shed the virus for a long time, and that the level of virus shedding fluctuates over time.

Rapid reinfection is, for now, “an outside possibility,” Abbate agrees. If people were able to get sick again really quickly, we wouldn’t see the rapid decline in case numbers that is happening in certain parts of the world. And it would go against almost every other virus that we’ve known about, she says.

Even if a successful vaccine is developed, there will always be a small proportion of people who are vaccinated but don’t develop immunity. And if immunity to this new coronavirus is short-lived and needs repeated vaccination, that would present some extra logistical challenges, Grad adds.

In the meantime, the best policy for controlling the spread of the coronavirus is social distancing, which is why many medical professionals were relieved when the U.K. government rapidly changed its strategy.

"We were expecting herd immunity to build,” Azra Ghani, an infectious disease researcher at Imperial College London, said in a press briefing on March 16. “We now realize it’s not possible to cope with that.”