How ‘nature deprived’ neighborhoods impact the health of people of color

Green spaces make people healthier and happier, but decades of systemic racism have left many people of color living in areas without access to nature.

In March, Philadelphia-based emergency room doctor Eugenia South found herself deep in the throes of stress. The COVID-19 pandemic was spiraling out of control in the city, and more and more patients were pouring into the hospital where she worked, which was short of masks. South knew she had to protect her three young children at home and somehow keep herself calm and clear-eyed.

South had spent years doing scientific research on the powerful effects of nature on human health, both physical and mental. So every day, even in the damp chill of the waning winter, she walked down the street to a small park nearby and sat quietly for just a few minutes among the trees, letting her body relax.

That opportunity to take a moment in nature is something many researchers have increasingly identified as valuable for people’s mental and physical health. But a new report underscores a reality that many Black and brown Americans have recognized for years: In the United States, people of color live in places with less immediate access to nature than white people do. The report, led by the Hispanic Access Foundation and the Center for American Progress, found that communities of color are almost three times more likely than white communities to live in “nature deprived” areas, those that have less or no access to parks, paths, and green spaces.

Historical racism in housing practices, city planning, and institutions has shaped the pattern, which has been well documented for decades. But its effects are particularly damaging this summer. During COVID-19-related restrictions, access to outdoor recreation has emerged as a crucial component of people’s emotional and physical wellbeing. At the same time, it has become increasingly obvious that Black and brown Americans are unsafe in many of the country’s public spaces.

“The distribution of these nature disparities is not an accident,” says Shanna Edberg, one of the authors of the report and the director of Conservation Programs at the Hispanic Access Foundation. “It was a choice, made over generations, from redlining, to choosing to exclude minorities from certain neighborhoods, to choosing to put parks in certain neighborhoods, and choosing to pave over communities of color to build highways and coal plants.” 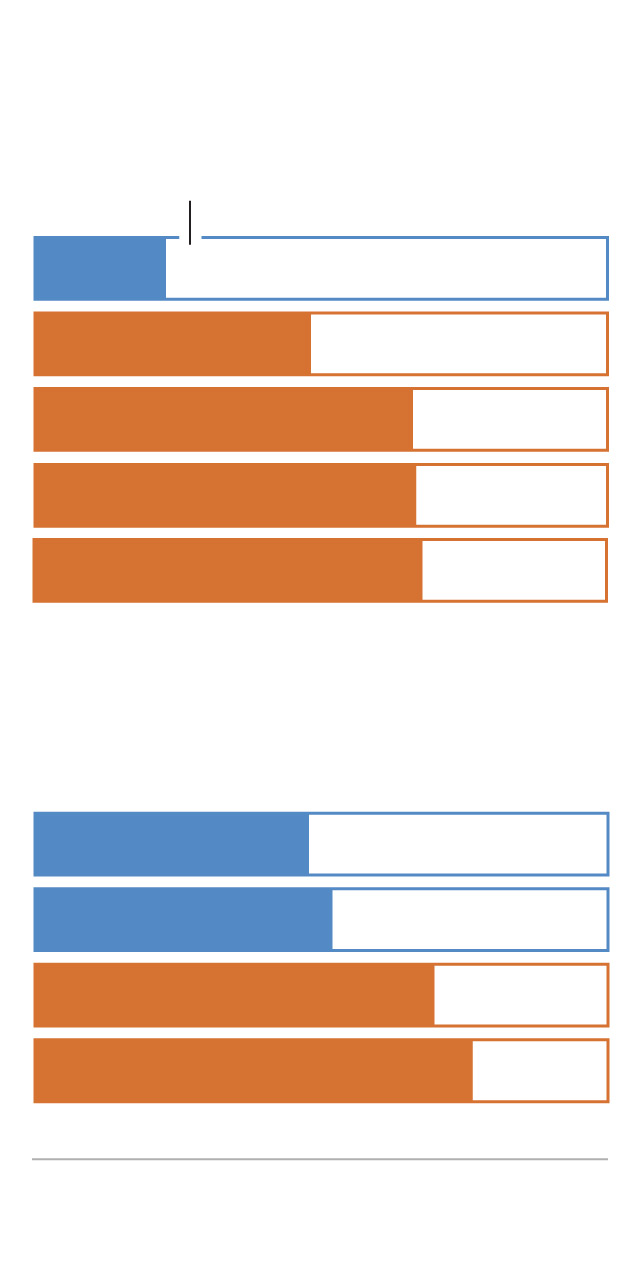 People of color are more likely to live in an area that is deprived of nature. 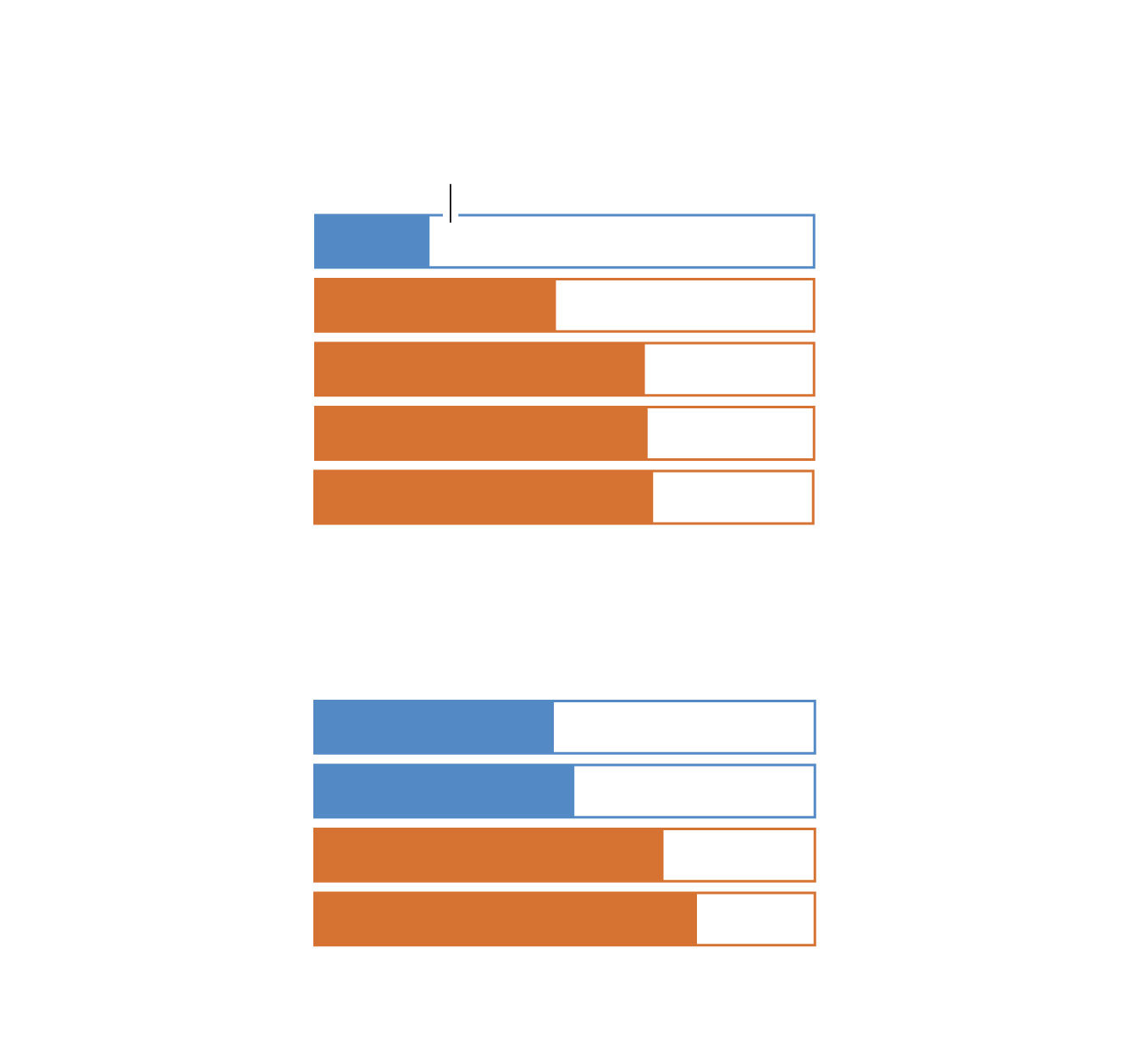 People of color are more likely to live in an area that is deprived of nature.

Nature is good for us in many ways. It’s definitely good for cities and towns, in a practical sense. Green spaces and urban nature play an often underappreciated role in keeping cities functional and safe. Natural spaces sop up stormwater, keeping floods at bay. Trees shade pavement and concrete, cooling cities in summer. Plants suck up heavy metals from the soil. The list goes on.

Less flooding means people won’t be exposed to the stresses a flood might induce, or the mold that might get left behind. Cooler temperatures help people survive heat waves. Trees and plants help clean the air, too, which keeps lungs healthier—an effect that has extraordinarily important impacts now, says Jenny Rowland Shea, another author of the report and an analyst at the Center for American Progress. Just a tiny rise in the amount of pollution increased the likelihood of dying from COVID-19 by 8 percent, one study noted. Others have estimated even stronger effects.

Natural spaces are good for our brains, too. One study South led found that community members reported better mental-health status after vacant lots in their neighborhoods were cleaned up and carefully planted. The simple act of walking past a natural-feeling space, even if it’s not pristine, can lower heart rates and reduce stress. Walks in nature, another study showed, left people with clinical depression feeling happier than they did after a walk in an environment with more concrete, and improved their short-term memory. Yet another study suggested that 90-minute nature walks could potentially help stave off depression.

Early exposure to the natural world can have profound effects on children, adds Luis Villa, the executive director of Latino Outdoors. The streets of his childhood neighborhood in Los Angeles were lined with fruit trees that birds fluttered around, and his family spent Sunday mornings at a nearby park. Even those small glimpses of the natural world influenced him profoundly, leading him toward conservation and environmental issues as a career path. 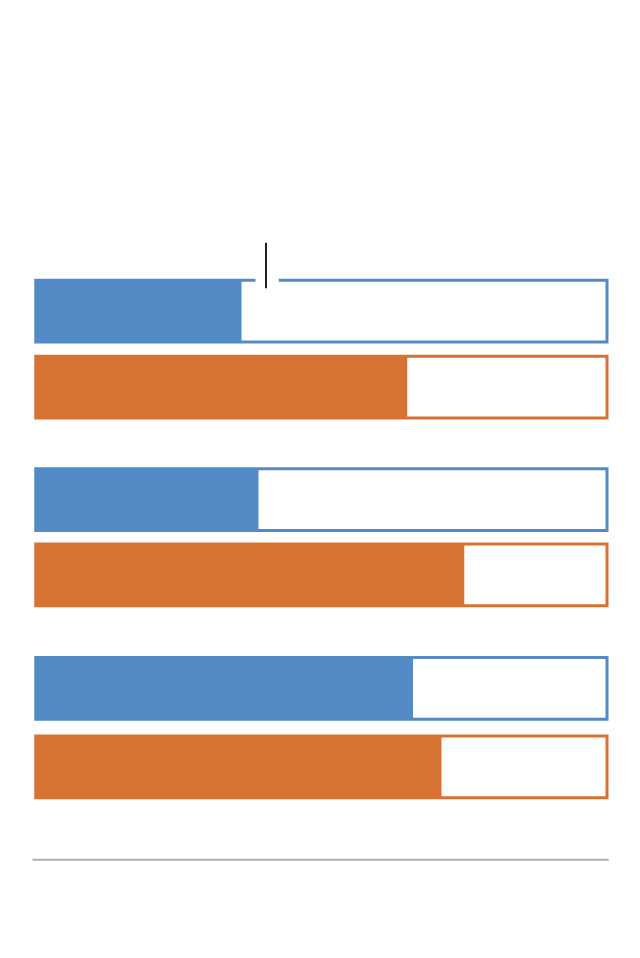 Families with children live in areas more deprived of nature than the overall population. 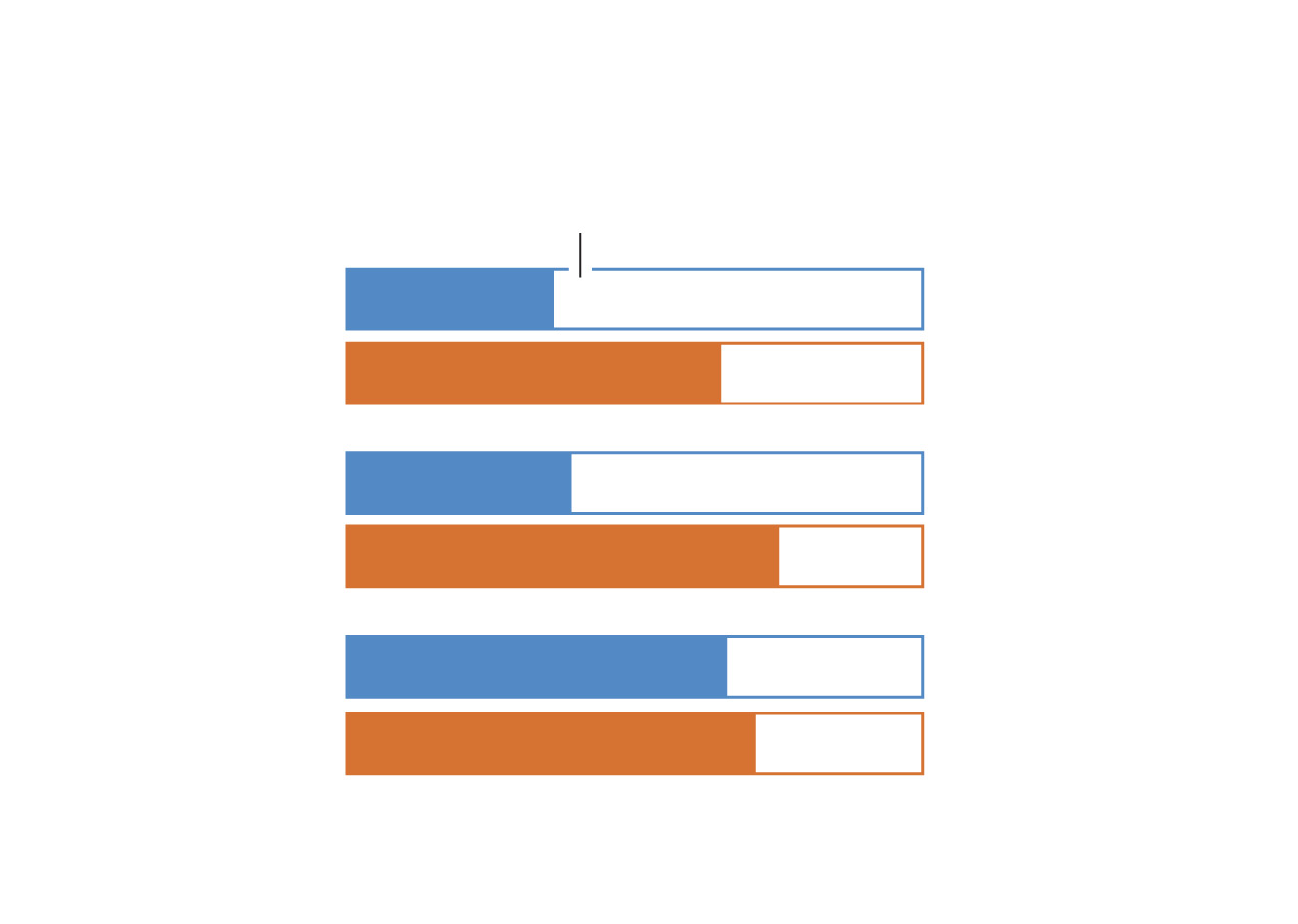 Families with children live in areas more deprived of nature than the overall population.

Some researchers have even put a dollar value on how much nature calms our minds and protects our bodies. One team found that urban trees in 55 cities across the U.S. help avoid $4 billion in health care costs each year because they clean the air around them, keeping people’s lungs healthier. The Trust for Public Land estimated that the health benefits of natural spaces in just 10 U.S. cities combined could be valued as high as $69 million each year.

But in many communities across the U.S., being close to nature—and all of the benefits that come from it—is not a given. The report authors pulled together countrywide data about where humans had actively modified the land around them, from building roads to suburban development to building out oil and gas infrastructure or more. If a neighborhood had more human disturbance than the state average, they considered it “nature deprived.” Then, they looked at who lived there.

In nearly every state in the nation, white neighborhoods are located somewhere that has less industrial development, agriculture, or oil and gas infrastructure, and fewer roads. Within some states, the disparities are even more drastic: In Connecticut, Kentucky, Massachusetts, and New York, well over 90 percent of people of color live in heavily modified, nature-poor neighborhoods, the new report finds. Less than 15 percent of primarily white communities are so heavily nature deprived.

Across the country, 75 percent of all non-white families with children live in a census tract—essentially, a neighborhood—with less natural land than the state average.

An old truism says that someone’s zip code is a better predictor of their health than anything else. And where people live has been shaped by a long history of racial discrimination, both explicit and implicit.

Starting in the early 20th century, in communities across the country, many property owners attached racially restricted “covenants” to their deeds, ensuring that the properties could only be sold to white buyers. Such covenants, as well as less formalized discrimination, drove racial segregation in cities and towns nationwide.

By the 1930s, the federal government joined in explicitly segregating communities with the development of “redlining” maps of city neighborhoods that were used to decide where to grant federally backed housing loans. Areas graded “A”—and outlined in green on the maps—were deemed suitable for investment. They almost always encompassed primarily white communities, and families there could build wealth via property ownership. Areas graded “D” and outlined in red were considered risky, and were almost always filled with communities of color.

The nature gap, says Villa, “is directly correlated to the wealth gap.”

The effects are clearly visible today, he says. For example, residents of Black neighborhoods across the country breathe, on average, about 20 percent more harmful particles than residents of white communities do, though they bear less responsibility for causing the problem by driving, consuming goods, or other actions that contribute to air pollution. Their lungs absorb a “pollution burden” far disproportionate to their impact on the planet.

Part of the cause for the extra exposure, the new study suggests, is that the kinds of landscapes that lead to cleaner air are generally ones full of trees and plants and far from industrial sites or highways, yet these amenities and natural spaces are concentrated within primarily white, affluent neighborhoods.

A summer when everyone could use some nature

The need for nearby nature is particularly acute this summer. As COVID-19 has severely limited mobility and activity, local parks and natural areas have become some of the only places people can spend time outdoors, and they provide an emotional and physical lifeline for many.

“As human beings, we’re hardwired to be connected to natural spaces. For all of our evolutionary history, we were out there, in close contact with nature,” says Villa. “The greatest evidence of that has come during the pandemic. Look how we’ve responded: One of the biggest things we’ve seen is this longing to be outdoors,” he says. According to Google data, park visits have increased by 54 percent compared to the first few weeks of 2020.

Simultaneously, inequalities and injustices in the way people experience public spaces have been highlighted, with tragic consequences. Ahmaud Arbery, a Black runner in Georgia, was killed while jogging on a neighborhood street in February. Christian Cooper, a Black birdwatcher in New York City’s Central Park, was threatened by a white woman in May when he asked her to obey the rules and leash her dog.

Everyone needs and deserves to feel safe in natural spaces, says South, and everyone deserves to have those spaces close by, welcoming, and accessible.

“Nature: It’s not just a nice-to-have amenity,” she says. “It’s a vital aspect of creating a healthy community. If we want to deal with, to reckon with systemic racism and the health disparities that come from that, well, nature, broadly defined, has to be a part of that.”