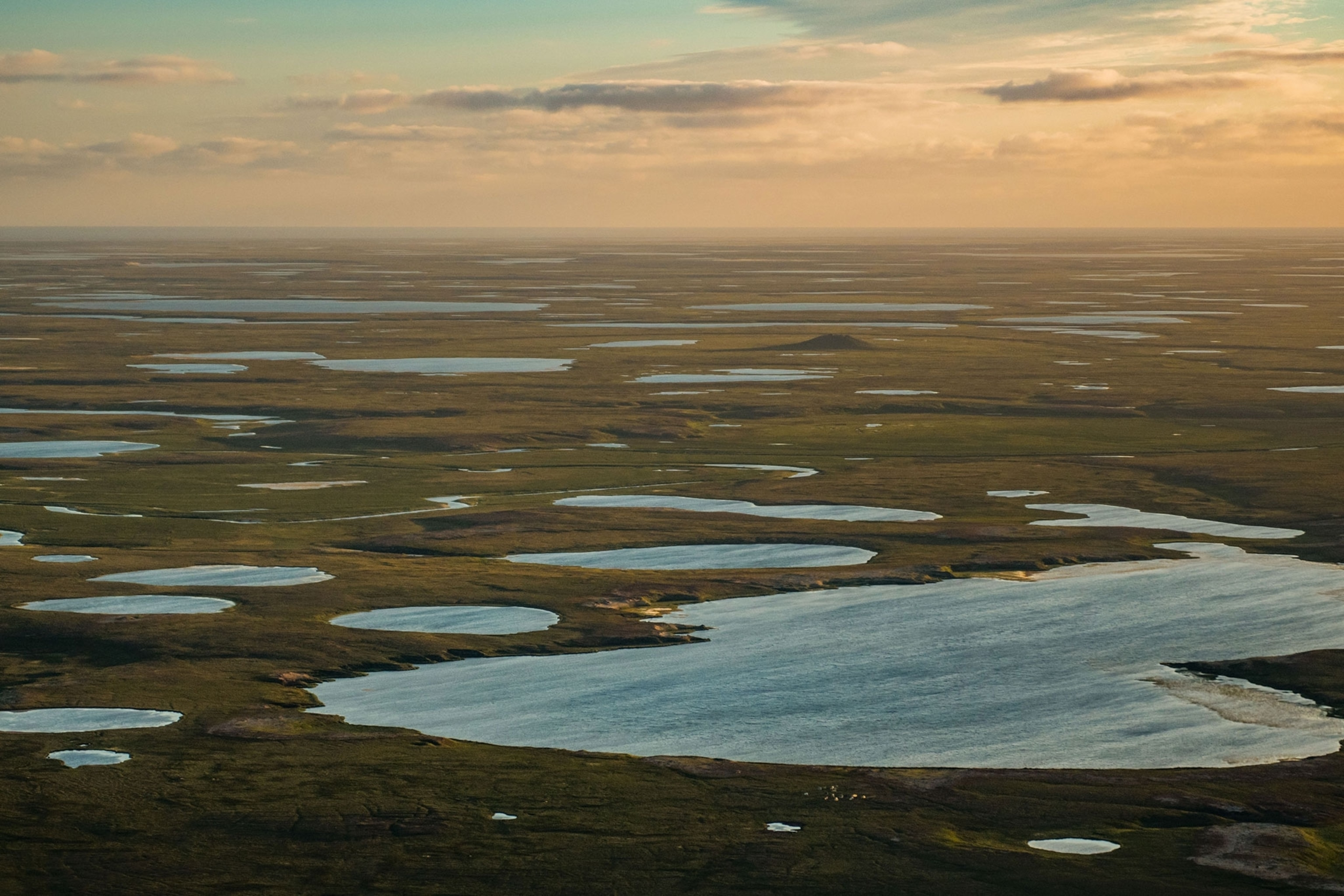 Warming at the poles will soon be felt globally in rising seas, extreme weather

Ice loss, permafrost thaw, fires: Trouble in the Arctic and Antarctic could cause shocks to the world’s weather and sea levels sooner than thought, says a new study.

Eric Post has observed seasons at the same location on the West Greenland tundra for 26 years. Over that time, he’s seen profound changes. When he first started working there, hundreds of caribou covered the hills. Now, he says, the herd is down to around 90.

“You find yourself thinking they’ll be back next spring; numbers will go up again,” Post says, “but year after year goes by and the big groups just aren’t there the way they used to be.”

As Earth trudges steadily toward a dangerously warm future, a new report on the outlook for the polar regions says the Arctic is already there—with consequences on the horizon for everyone.

“There is a real possibility that we will be entering a phase of accelerated Arctic warming in the next two to four decades if mitigation action isn’t taken soon,” says Post, a climate change ecologist at the University of California, Davis.

Post is lead author of the report published today in Science Advances, in which an international group of scientists looks at current and future impacts of polar warming across a range of disciplines.

The Arctic is warming far more quickly than anywhere else on the planet. Temperatures climbed nearly 1.8 degrees Fahrenheit (1 Celsius) in the past decade alone. At the current rate of greenhouse gas emissions, the North is on track to warm 7.2 F (4 C) year-round—and top 12.6 F (7 C) in autumns—by the middle of this century, according to the report. That’s about when the planet as a whole is projected to reach the 3.6 F (2 C) warming often cited as the threshold for disastrous impacts.

(Find out why Earth’s climate systems are heading for dangerous tipping points.)

“Consequences of recent Arctic warming have already been widespread and pronounced, and yet we haven’t even seen what’s expected to be the most rapid phase of warming,” Post says.

The climate is certainly changing. But what is causing this change? And how does the rising temperature affect the environment, and our lives?

While both the Arctic and Antarctic are experiencing rising temperatures, thinning glaciers, disturbed ecosystems, and other alarming shifts as heat-trapping fossil fuel emissions build up, changes are sweeping the northern region far faster. The impacts of a warming Arctic will be felt well beyond the high latitudes in the near future, the report warns.

One of scientists’ top concerns as the planet warms is the loss of Arctic sea ice. Summer sea ice, which has been shrinking more than 10 percent a decade over the past 40 years, is projected to essentially disappear within 20 to 25 years at the current emissions rate. Some put it even sooner.

Co-author Julienne Stroeve, a specialist in remote sensing of the polar regions with the University of Manitoba in Canada and the National Snow and Ice Data Center in Boulder, Colorado, thinks Arctic warming may already have pushed summer sea ice past its threshold.

“I know it's a dangerous thing to say,” says Stroeve, “but at this point, regardless of what we commit to with CO2 reductions, and the warming that we try to limit things to… we will likely see ice-free summers emerging.”

“The accelerated Arctic warming impacts weather down here in the lower 48 and around the entire Northern Hemisphere by changing the temperature contrast between mid and high latitudes,” explains co-author Michael Mann, a Pennsylvania State University atmospheric scientist.

“That temperature contrast is responsible for the existence of the jet stream, and when it decreases, the jet stream tends to slow down and weather systems linger longer in the same location,” he says.

Mann says the phenomenon has been linked with relentless hot spells like the ones that baked Europe this summer, and brutal cold snaps like the recent “Arctic blast” that froze the eastern and midwestern United States.

Sea-level rise is another looming concern. Arctic land ice—particularly the vast ice sheet atop Greenland—is thawing faster than current climate models suggest, and could raise sea levels substantially more than the 3 feet projected by the end of the century in the Intergovernmental Panel on Climate Change’s report released in September.

Meanwhile, warming is already knocking the Arctic’s seasonal clock off-kilter. Spring plant growth is coming earlier and earlier, meaning tundra animals like the caribou at Post’s Greenland research site arrive at their annual birthing grounds after the plants they eat have passed their nutritional peak. Flowers open before the insects that pollinate them can get there, and migrating birds miss the spring flush. The shifts are accelerating, the report says, and in future could exceed ecosystems’ ability to adapt.

Arctic warming also stands to disrupt the marine food web, increase mortality for polar bears and seals, and threaten the livelihoods of the region’s indigenous people. One bright note in the outlook: So far whales seem to be benefitting from range expansion as sea ice recedes.

The Antarctic is not the Arctic

While temperatures are surging in the Arctic—by century’s end, they could soar as much as 23.4 F (13 C) during parts of the year, according to the report—Antarctic warming has been similar to the global average, although some parts are warming much faster.

Antarctica is surrounded by the vast Southern Ocean, which is soaking up much of the atmosphere’s excess heat. “And if it goes into the ocean,” says Alley, “then it's not staying in the air.”

Like the Arctic, ice on the southernmost continent is also being eaten away by warming. Major glaciers—most notably the Florida-sized Thwaites—are rapidly retreating, while the floating ice shelves that hold them in place are thinning above and below. Those trends worry scientists.

“Warming of the air or ocean can weaken the ice shelves, and beyond some threshold, they tend to break off,” says Alley.

If ice shelves in West Antarctica failed, and the Thwaites and other glaciers collapsed, sea levels could rise an additional foot or more by 2100—and a whopping 10 feet or more in the following century if irreversible glacier loss tipping points are crossed.

"That's the thing that that really worries us with West Antarctica,” says Alley. “A reasonably small difference in how things evolve could end up making a really big difference in what happens with sea levels."

Antarctic sea ice has waxed and waned. The past two years, however, have seen record autumn lows. Moreover, the warming Southern Ocean could provide a route for invasive species and diseases to reach the isolated continent. And Antarctica’s penguins, some of which are already having to shift their ranges as coastal conditions change, may face widespread displacement in future. The iconic emperor penguins could all but vanish by the end of the century, another new report projects.

The polar outlook is a “generally solid assessment of the changes and how they depend on these emissions scenarios,” says University of Alaska-Fairbanks atmospheric scientist John Walsh, who was not involved with the study. “The article makes the point that even with the low emissions scenario—and a 2 degrees C warmer world is down at the low end of the emissions scenario spectrum—the Arctic is a changed place.”

"In a way, the Arctic is speaking to us," say Post. "The question is whether we are listening."