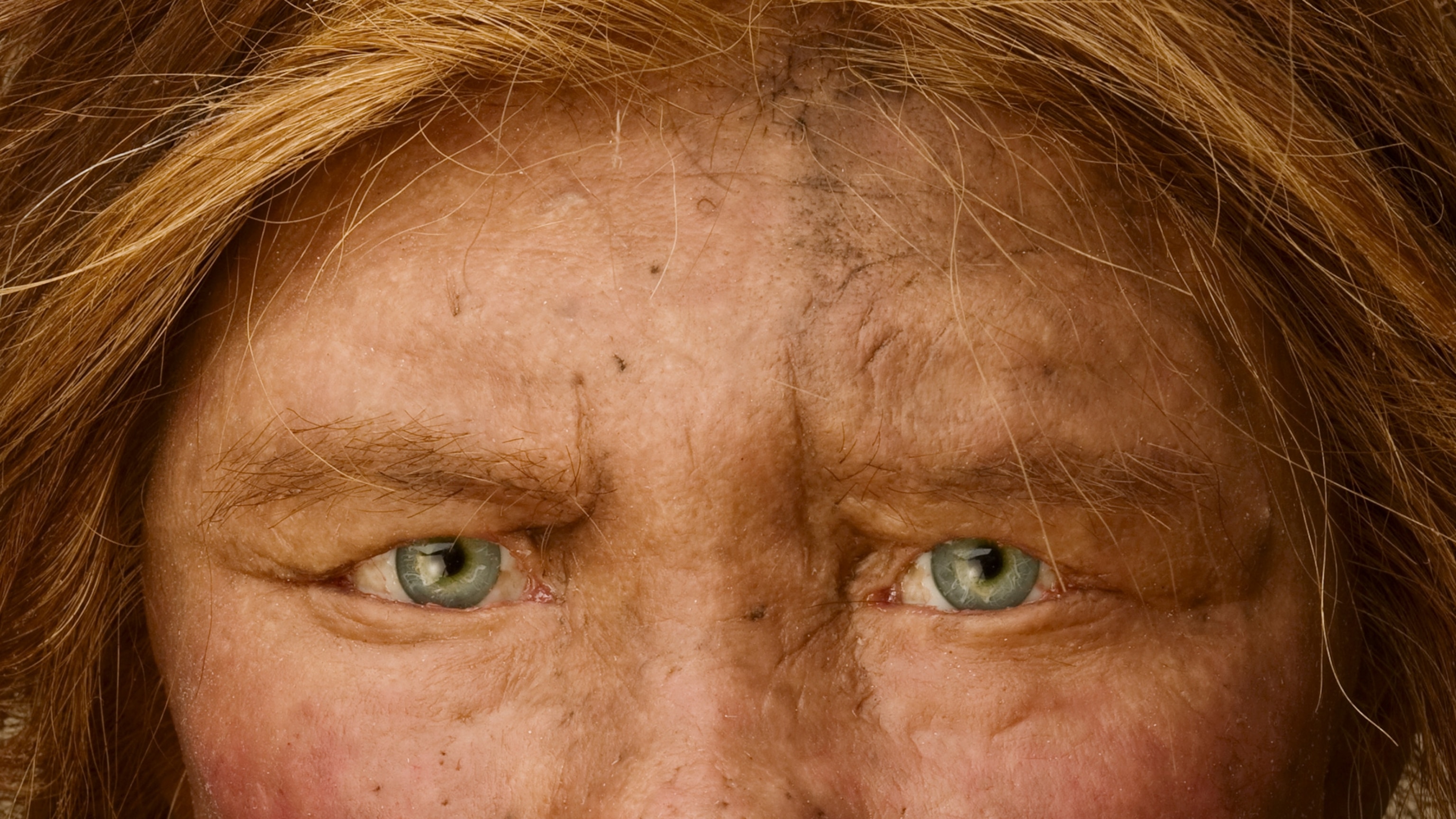 These piercing eyes belong to a reconstruction of a Neanderthal, an ancient human relative that shared the planet with Denisovans and modern humans. Genetic research suggests that they went extinct before the Denisovans.
Photograph by Joe McNally, Nat Geo Image Collection


“It’s very important to us,” says study author Herawati Sudoyo, senior research fellow at Indonesia's Eijkman Institute, which partnered with an international team for this latest work. While Indonesia is a hugely diverse country that hosts many genetically distinct people, she notes that “there was no genetic study being done because…the technology was not [yet] here in Indonesia.”

Denisova cave, shown here, is the only place where the fossil remains of Denisovans have yet been found. But their widespread genetic fingerprints in modern populations hint there are more discoveries in store.

Denisovans are known from very few remains—three teeth, a pinky bone, and a skull fragment. One of their defining characteristics is their surprisingly robust teeth, like this molar found in Denisova cave.