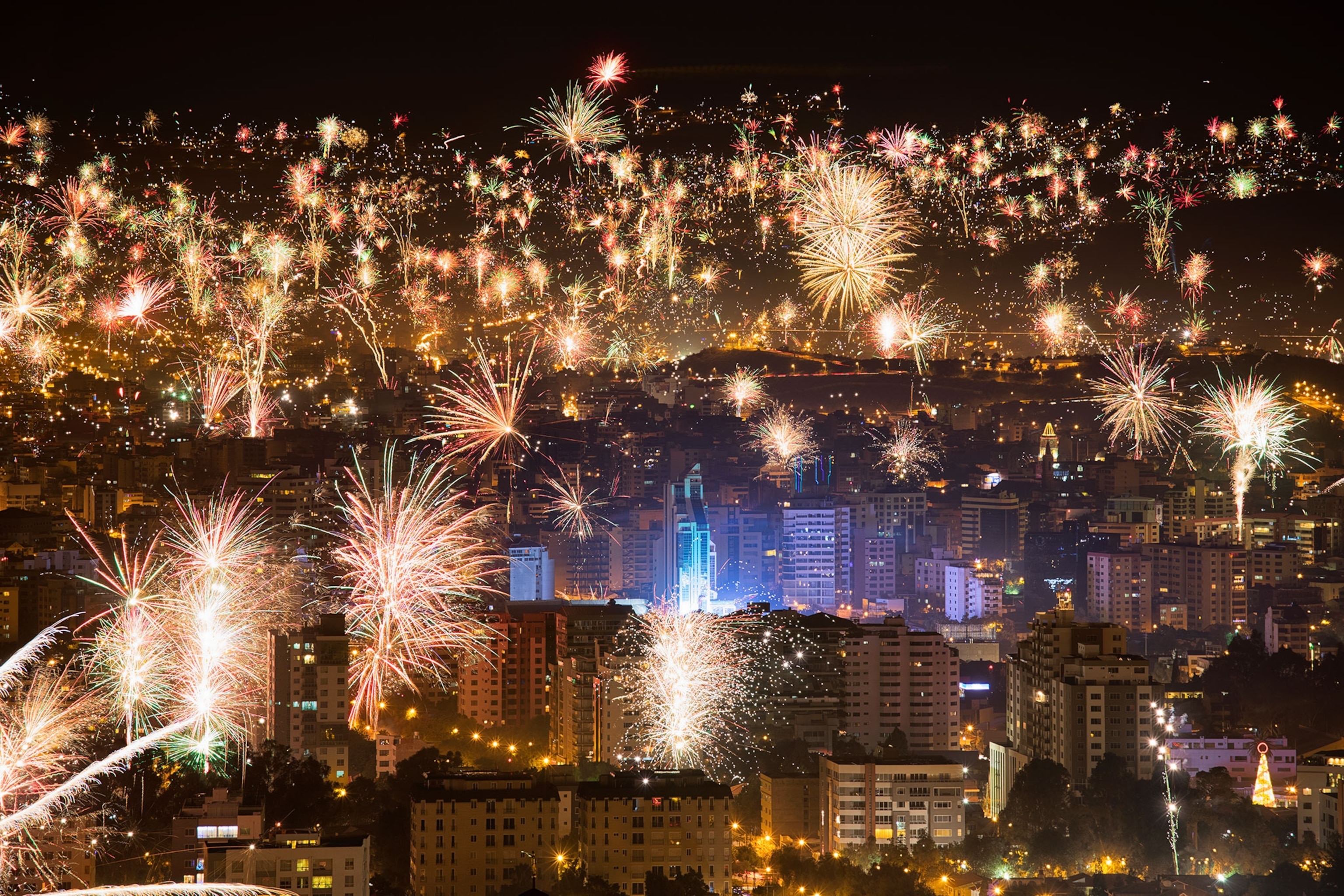 Why you can’t write messages with fireworks—yet

Smiley faces and hearts burst into the sky on the Fourth of July, but here's why you probably can't write your name in the stars.

There seems to be almost no limit to firework shapes these days—stars, hearts, rings, and even smiley faces light up the skies during festivities around the world. But one thing you likely won't see this Fourth of July: words.

Though some companies have achieved short, blocky acronyms, writing with fireworks is still a pyrotechnic puzzle. The issue comes down to orientation.

To make a smiley face, companies pack a firework shell with explosive pellets, arranging them in the desired shape like pegs on a Lite Brite. When ignited, the shell launches into the air and bursts, flinging the twinkling specks of light into the pre-determined shape, says Phil Grucci, CEO and creative director of Fireworks by Grucci.

As the shell soars to the proper height, it spins, so there's no telling how the shape will appear once the shell explodes. “Sometimes the smiley face is perfect, and it's looking right at ya,” says Grucci. “Sometimes it may be upside down.” Even worse, the smiley face could be rotated 90 degrees from the viewer, and all you'd see is a straight line.

While it's not a huge problem for stars and can certainly be overlooked for smiley faces, proper orientation is an issue for letters. An M could become a W or even the Greek letter sigma (∑), while a P could become b or even d.

So, is there any hope for crafting fiery messages in the sky? Perhaps, according to a few dedicated pyrotechnics engineers.

The chemistry of the starry bursts hasn't changed all that much since the early 1800s, when modern fireworks got their rainbow of hues, says John Conkling, emeritus professor of chemistry at Washington College and former executive director of the American Pyrotechnics Association. Strontium produces bursts of red, barium makes green, copper glows blue.

These days, firework advancements are all in the technology. Precise electronic controls light up skies in increasingly impressive and intricate ways, which is exactly the hope for firework words.

Some technicians have attempted to weight the shells to reign in their tumbling, but they've had limited success, Conkling says. Now, by incorporating new computer technologies into the fireworks, Grucci and his company are working toward a solution. Their duo of innovations—called Pixelburst and Sky Etching—are the closest anyone's yet come to scrawling words across the sky.

Pixelburst relies on individually launching each glimmering point, which paints an image using a grid of lights, like pixels on a computer screen. The company can precisely control the speed at which each shell launches and, with the assistance of an embedded microchip, the time it explodes down to milliseconds. This means they can calculate the exact height at which the point of light winks to life overhead and thus control the details of the image or word.

In 2014, Grucci and his team used Pixelburst to raise a 600-foot tall, 900-foot wide American flag over Fort McHenry, Maryland, winning a Guinness World Record for the “largest pyrotechnic image” yet recorded. They've also successfully illuminated the letters “USA” and “UAE” in fireworks.

“What he has been able to achieve is spectacular timing,” says Conkling, who is familiar with Grucci's work but not affiliated with the company. “To be able to create those American flags up in the sky, I mean, that's incredible.”

For Sky Etching, the company takes a slightly different tack. They create a precise array of mortars on the ground that mimic the shape they want in the sky. Then they launch the fiery blazes from these tubes, sending a constellation of glowing “stars” into the desired shape. They've used this method to spell out acronyms or names in blocky letters, Grucci says, controlling the size by changing mortars' angle from the ground.

Though the technology is a step in the right direction, you can't quite wish someone an explosive “happy birthday” just yet.

“We can do 'USA' in the sky because it's a very simple pattern arrangement,” Grucci says. But longer words and phrases or even lowercase script remain elusive.

The company is working to refine the technologies. The weight of the ballistics, for instance, can help prevent wind from buffeting the glowing points and knocking bits of the letters out of place. He compares the challenge to throwing a baseball or a Wiffle ball. Baseballs soar true, save for the greatest of winds, but the slightest breeze will toss a Wiffle ball off course. That has to be balanced with the fact that greater weight limits launch velocity and thus the placement of the words in the sky.

Trying to strike this balance is worth the effort, says Grucci. Though drones can already successfully write words, fireworks have a particular draw that the buzzing swarms simply lack. Though he acknowledges he's a bit biased toward pyrotechnics, for Grucci, a fireworks display ignites a “completely different" kind of emotion.