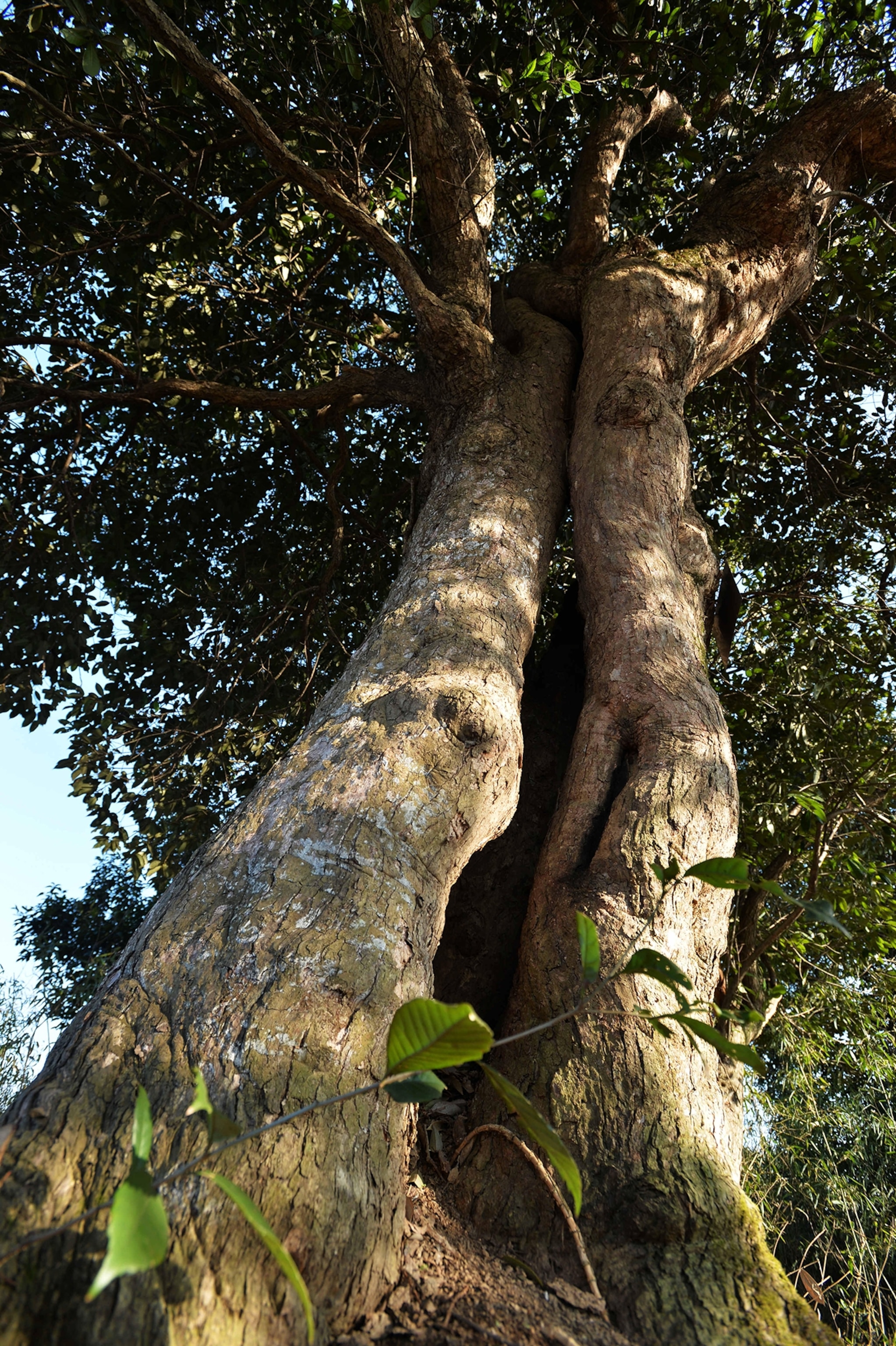 Prehistoric tree is first of its kind found below the Equator

Millions of years ago, a volcano erupted in what’s now the Patagonia region of southern Argentina, leaving behind a huge caldera. Water accumulated in the crater, and eventually it became a lake teeming with countless plants, insects, and other life-forms. Over time, these creatures fossilized deep within the lake’s layers of mud and ash, creating a kind of geological jackpot for today’s paleontologists.

Now, the ancient lake has yielded a particularly exciting treasure: fossils of a 52-million-year-old tree that is the first of its kind found in the Southern Hemisphere, suggesting the plant evolved there.

Fruit and leaf fossils from the site, called Laguna del Hunco, belong to a still-living genus of trees called Castanopsis, or chinquapin, that today is found largely in the mountain rainforests of Southeast Asia. Castanopsis is very similar to its close relative Castanea, or chestnut, producing edible nuts and “incredible, showy spikes of flowers,” says Penn State paleobotanist Peter Wilf, part of the team that describes the find today in the journal Science.

The discovery helps scientists better understand the life history of an economically and ecologically important plant group: Castanopsis is part of Fagaceae, a family of flowering plants that also includes beeches and oaks.

“These are the trees that define forest structure in the entire Northern Hemisphere and into the Asian tropics. They’re absolutely dominant,” says Wilf, who conducted the research in collaboration with Cornell University and Argentina’s Museo Paleontológico Egidio Feruglio. A source of timber, these trees are also a “focal point of the food web,” Wilf says, supplying nutrition not just for rodents, but also for humans and other mammals, as well as birds and insects.

“I am heartened to see their importance in the paleo records, since they are already critical from the ecological and economic perspectives,” tree biologist Meg Lowman says in an email. Lowman, who was not involved with the study, is also a National Geographic Explorer and the director of the nonprofit Tree Foundation.

So what’s a Southeast Asian rainforest tree doing in Patagonia? The answer lies in changing climates and shifting continents.

When the lake’s fossils were forming, the world was in the Eocene epoch, a warm period in which South America, Antarctica, and Australia were still near each other, just before the final breakup of the ancient southern supercontinent Gondwana. The region that is now cold, dry Patagonia was then a cool, wet rainforest. This climate is similar to the present-day mountains of Borneo and New Guinea, the closest places to Laguna del Hunco where Castanopsis grows today, and which are 8,000 miles from site.

“This study brings to light the importance of the Fagaceae, already well documented for their roles both economically and ecologically, as a key link in the Gondwanan botanical records,” Lowman says.

After all, finding the fossils so far from the trees’ current habitat tells a story of survival that spans millennia.

“These plants have survived global climate change, the breakup of Gondwana, the movements of continents over tens of millions of years—they’ve tracked their preferred habitat,” Wilf says. The hope, of course, is that the story does not end with their imminent extinction. As human activities such as deforestation continue apace, Castanopsis is now under threat, Wilf notes.

“They can’t adapt—they don’t have the time and space to adapt that geologic time gave them,” he says. But these kinds of discoveries can raise public awareness and inspire conservation efforts, adds Wilf, who has been digging at Laguna del Hunco for 20 years and plans to keep working there.

“Paleontology informs conservation,” he says. “We start to see the ancient history of these habitats and how important it is to maintain them—because they can’t come back if we lose them.”