A nearly empty American Airlines flight prepares for takeoff March 18, 2020. Airlines, along with the rest of the travel industry, are facing an uncertain future caused by the coronavirus pandemic.

In the wake of the coronavirus pandemic, few industries have fallen as far and as fast as tourism. The technological revolution that brought us closer together by making travel and tourism easy and affordable—a revolution that fueled one billion trips a year—is helpless in halting a virus that demands we shelter in place.

Taking a snapshot of tourism losses is difficult, as the data changes as quickly as the virus spreads. If the pandemic continues for several more months, the World Travel and Tourism Council, the trade group representing major global travel companies, projects a global loss of 75 million jobs and $2.1 trillion in revenue. Losses come daily; as of April 2, British Airways is reportedly poised to suspend 36,000 staffers.

Gloria Guevara, the CEO of WTTC, is lobbying governments to offer support to travel companies saying these potential job losses are “bringing real and profound worry to millions of families around the world.”

These photos capture a world paused by coronavirus.

America’s travel industry is among the hardest hit. The U.S. Travel Association projects a loss of 4.6 million jobs through May, a figure likely to increase. U.S. weekly jobless claims skyrocketed to a stunning 6.6 million, doubling in a week and by far the biggest spike in half a century. Tourism decline is a driving reason for job losses in states including Nevada, where Las Vegas casinos and jumbo hotels have gone dark.

On March 29, in an attempt to contain the virus in America, President Donald Trump extended national limits on travel, work, and gatherings of more than 10 people for at least another month—and perhaps into June. Summer vacations could be on hold. “This is the worst time of the year for this to happen,” says Isabel Hill, director of the Commerce Department’s National Tourism Office. “This is the season—spring and summer—when the travel and tourism [industry] makes a significant amount of [its] revenue.”

“The impact on travel is six or seven times greater than the 9/11 attacks,” says Roger Dow, president and CEO of the U.S. Travel Association, which encourages travel to and within the country and represents an industry that generates $2.6 trillion in economic output and supports 15.8 million jobs in the U.S.

With so much at stake, Congress passed a $2 trillion stimulus that couldn’t have come at a more urgent time. The focus is to help those unemployed and to support businesses large and small. But questions remain: Will the aid package be enough as the country slides into a recession, and what does it mean for travelers?

Not saving for a rainy day

Much of the tourism industry built its financial strategy around a trouble-free future, planning for eternal blue skies: open borders; high tourism demand, an $8 trillion industry that defies the ups and downs of the market.

Impact of the pandemic 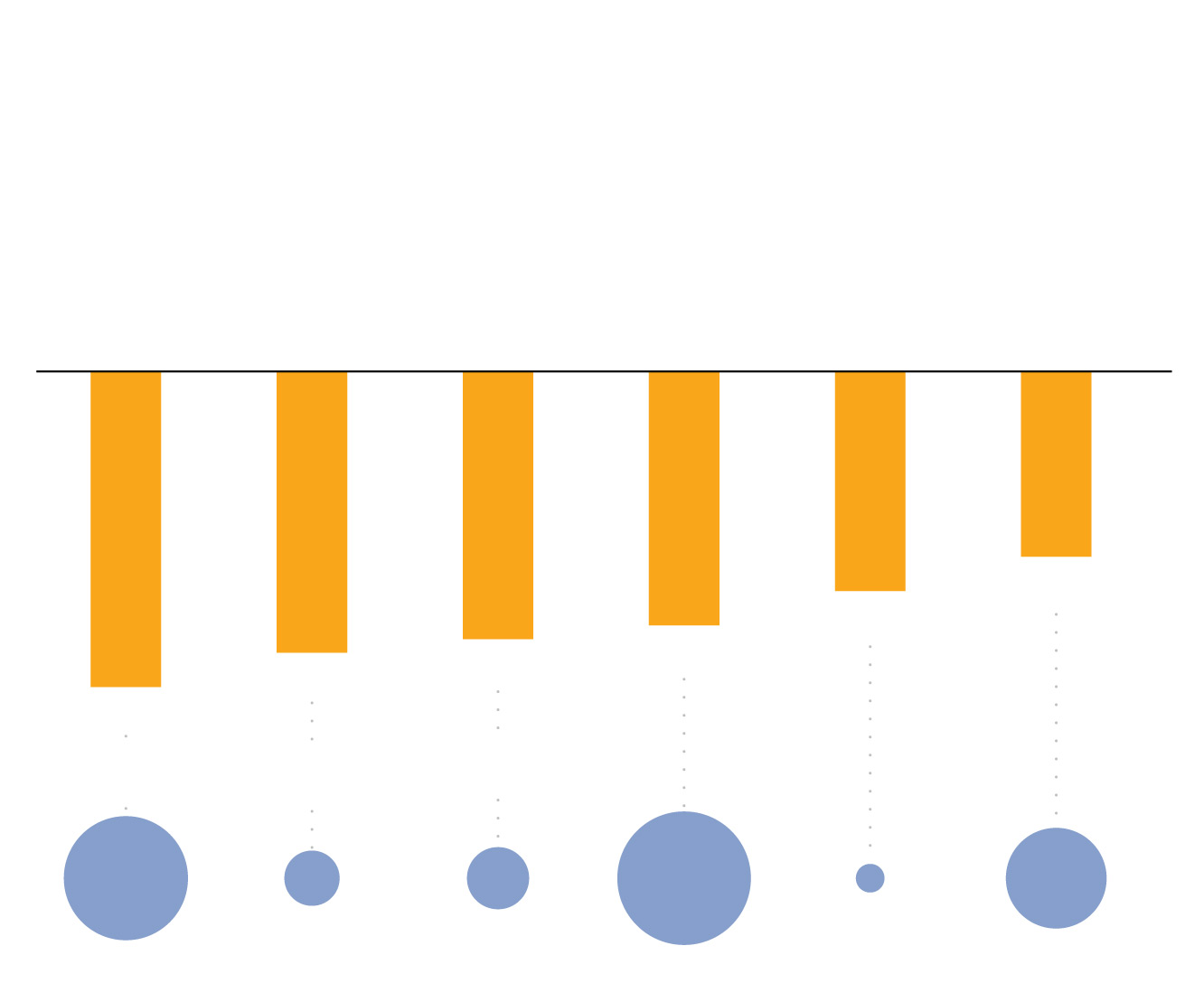 Impact of the pandemic on airlines 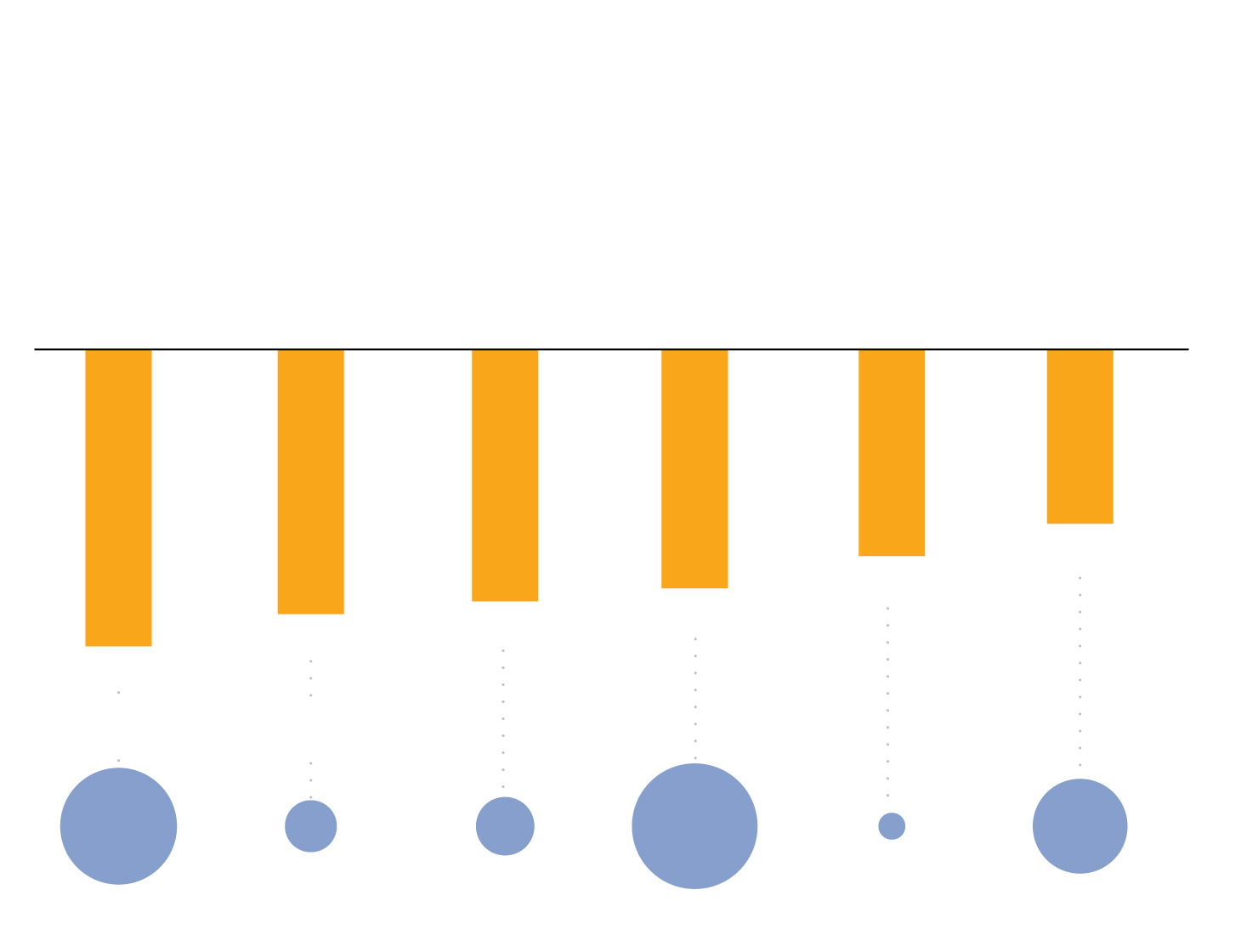 Impact of the pandemic on airlines

On average, international carriers, including Delta and United Airlines, had less than two months of cash on hand to cover expenses before the coronavirus hit, according to the International Air Transport Association (IATA). In contrast, Apple has enough cash to cover six years of expenses.

With much of its fleet grounded, the airlines’ projected revenue losses could climb to more than $250 billion. That’s at least twice the $113 billion in losses the IATI predicted three weeks ago, before countries started shutting down borders.

Airlines for America (A4A), the trade group representing American and JetBlue among others, as well as UPS and Fedex, say its member companies will lose $87 billion in revenue this year and have already begun borrowing.

Aid packages to the rescue?

Airlines could benefit from several provisions of the stimulus: $425 billion from the Federal Reserve for distressed industries; $75 billion in loans, and $25 billion in direct grants, with the government taking a stake in the companies. Much of the money is conditional—it can’t be used for corporations to buy back stock, a practice that led many companies to be short of cash.

The bailout comes on the heels of a $100 million bill Congress passed weeks before, which provides increased unemployment insurance, paid sick leave, extended food assistance, and free testing for the virus.

“This [aid package] is important and we want [the recovery] to speed up,” says Dow. “Most of the travel industry [consists of] small, mom-and-pop businesses. With small business loans we can help keep their doors open.” The emergency small business loans will be available through June and would be forgiven if companies have to keep their employees on the payroll. 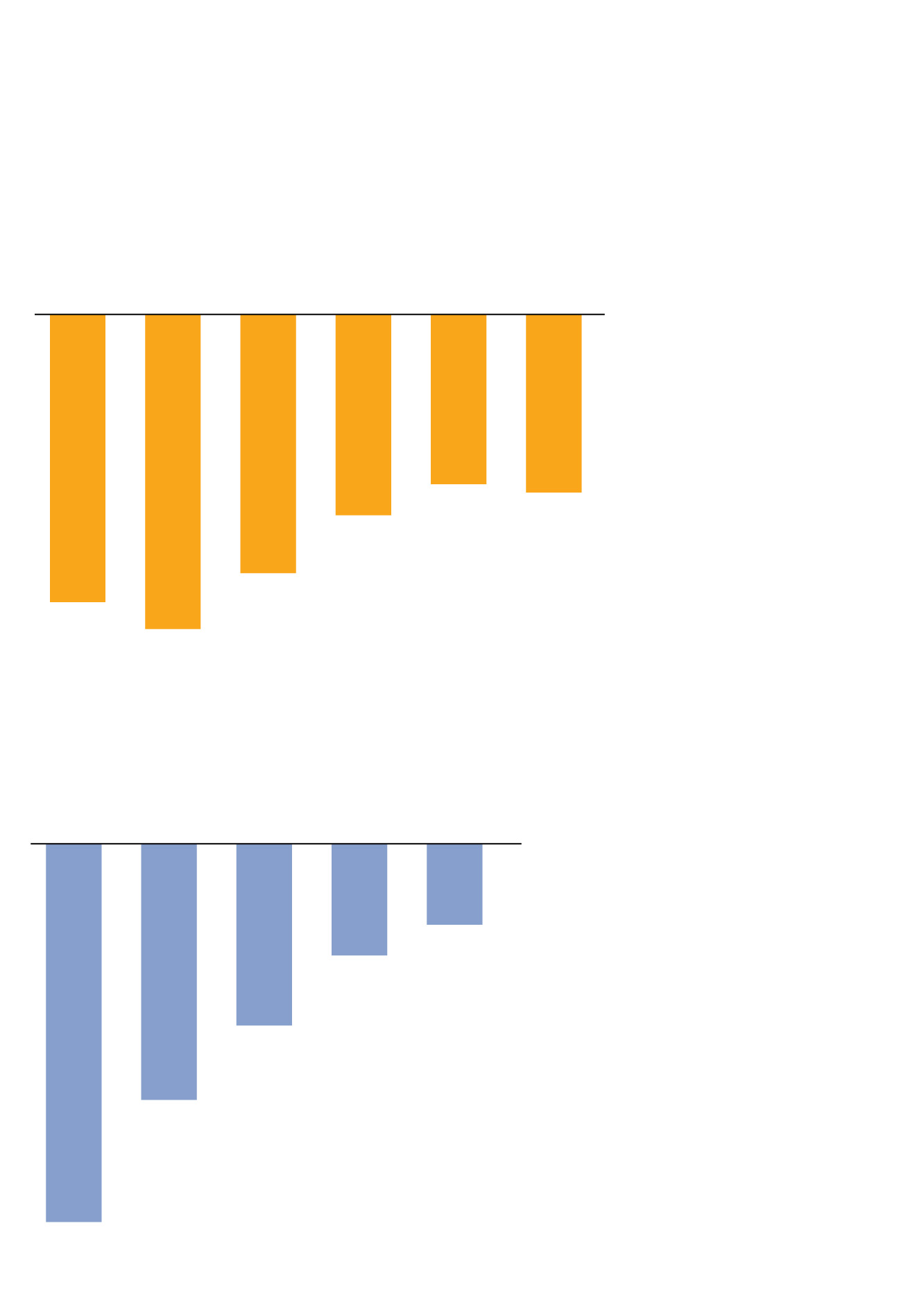 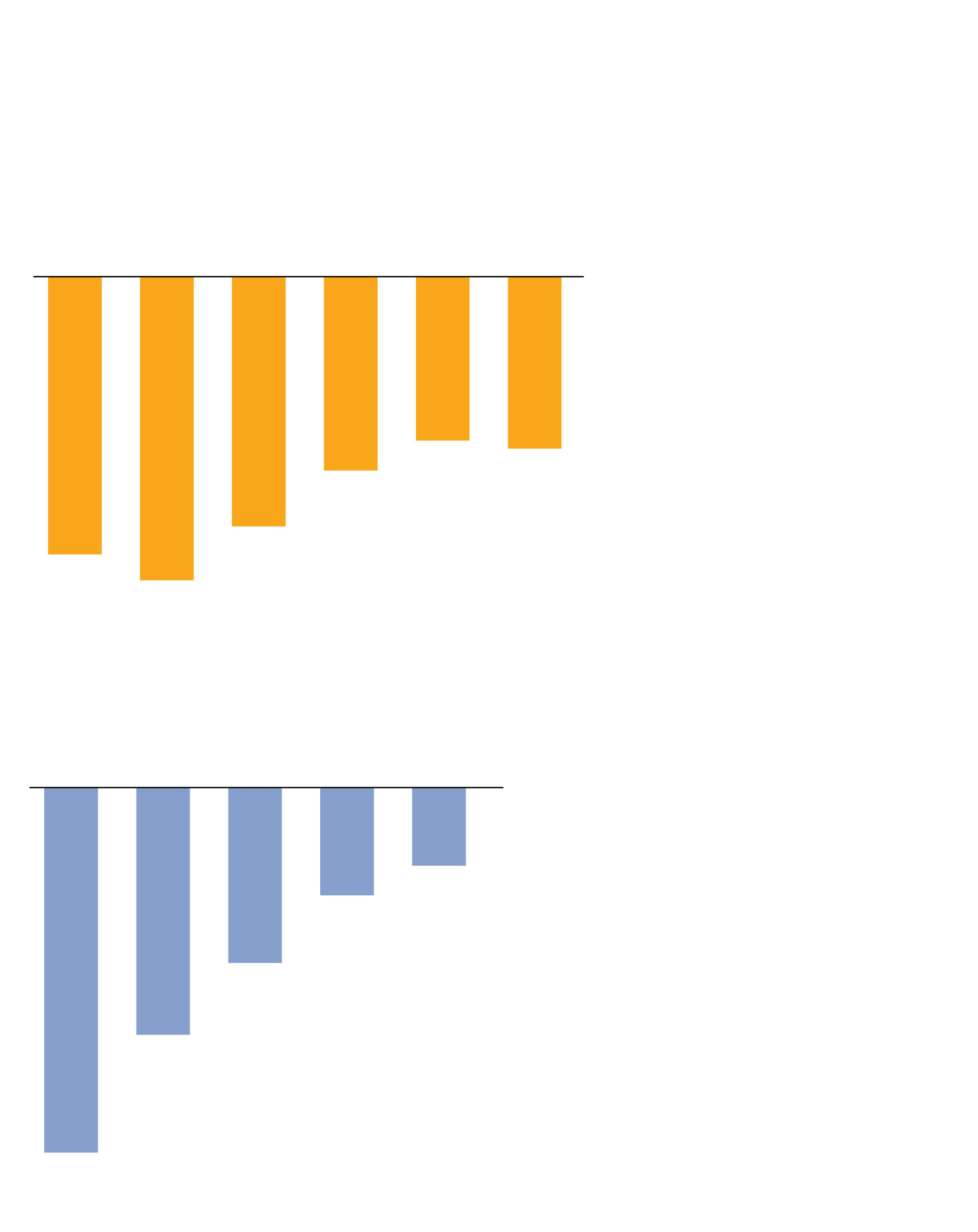 The lodging sector—which has suffered as much as transport, with companies such as Marriott losing as much as 75 percent in revenue—is also a big recipient of the bailout. Hotels (and restaurants) can benefit from the $350 billion lending program for small businesses and from a small adjustment to a federal tax law that could save them as much as $15 billion.

But cruise companies face an uphill battle to recover. Cruises have become beleaguered poster children of the pandemic as news stories chronicle the plight of ships carrying infected passengers. At press time, Holland America’s Zaandam and Rotterdam ships were finally granted permission to disembark at Port Everglades in Fort Lauderdale, Florida, after the Coast Guard balked at allowing them to dock. On March 8, the Center for Disease Control and the State Department told Americans to stop taking cruises and published a detailed explanation why those ships increase the virus’s “risk and impact.”

The effect on the cruise business has been swift. Companies have lost $750 million in revenue since January, according to reports. Shares of the big fish—Royal Caribbean, Carnival, and Norwegian—have dropped by 60 to 70 percent. Future losses will mount, and it’s likely that sailings will be postponed at least until July or August.

Unlike the airlines and hotels, cruise companies aren’t eligible for the $500 billion in aid because they don’t count as American enterprises. Major companies locate their primary headquarters overseas, with ships flagged and incorporated in other nations. This means they pay almost no federal taxes and avoid many U.S. regulations.

This photographer returned from a remote island to a world paused by a pandemic.

The cruising industry faces more hurdles in the future. “Governments may have an increased interest in illness reporting and sanitation inspections,” which means more regulations, says Ross Klein, a Canadian academic at the Memorial University of Newfoundland who studies the sector.

But there is a glimmer of hope. China, where the pandemic began, offers a glimpse into the future. Now that the pandemic is reportedly under control there and restrictions are being lifted, there are early signs of recovery.

Hotel bookings in China have increased by 40 percent the first week in March, according to Bloomberg, while peak daily flights rose 230 percent from the previous (albeit disastrous) month. Arne Sorenson, CEO of Marriott, says he’s seen initial improvement in his company’s properties in China. 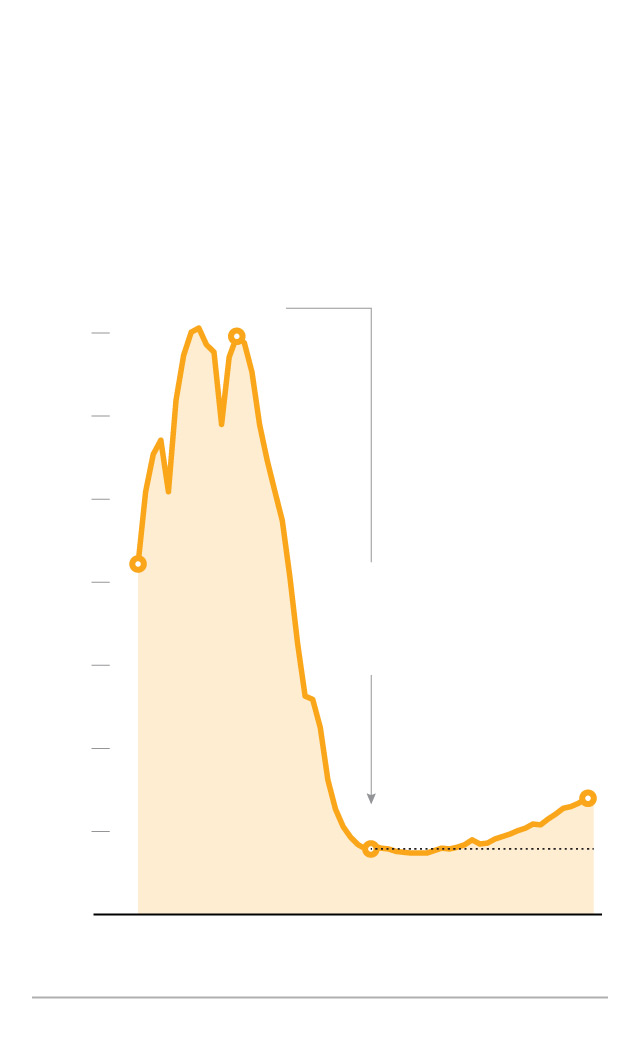 After four weeks, signs of recovery

emerge for hotel occupancy in China.

The occupancy dropped by 89 percent in only two weeks 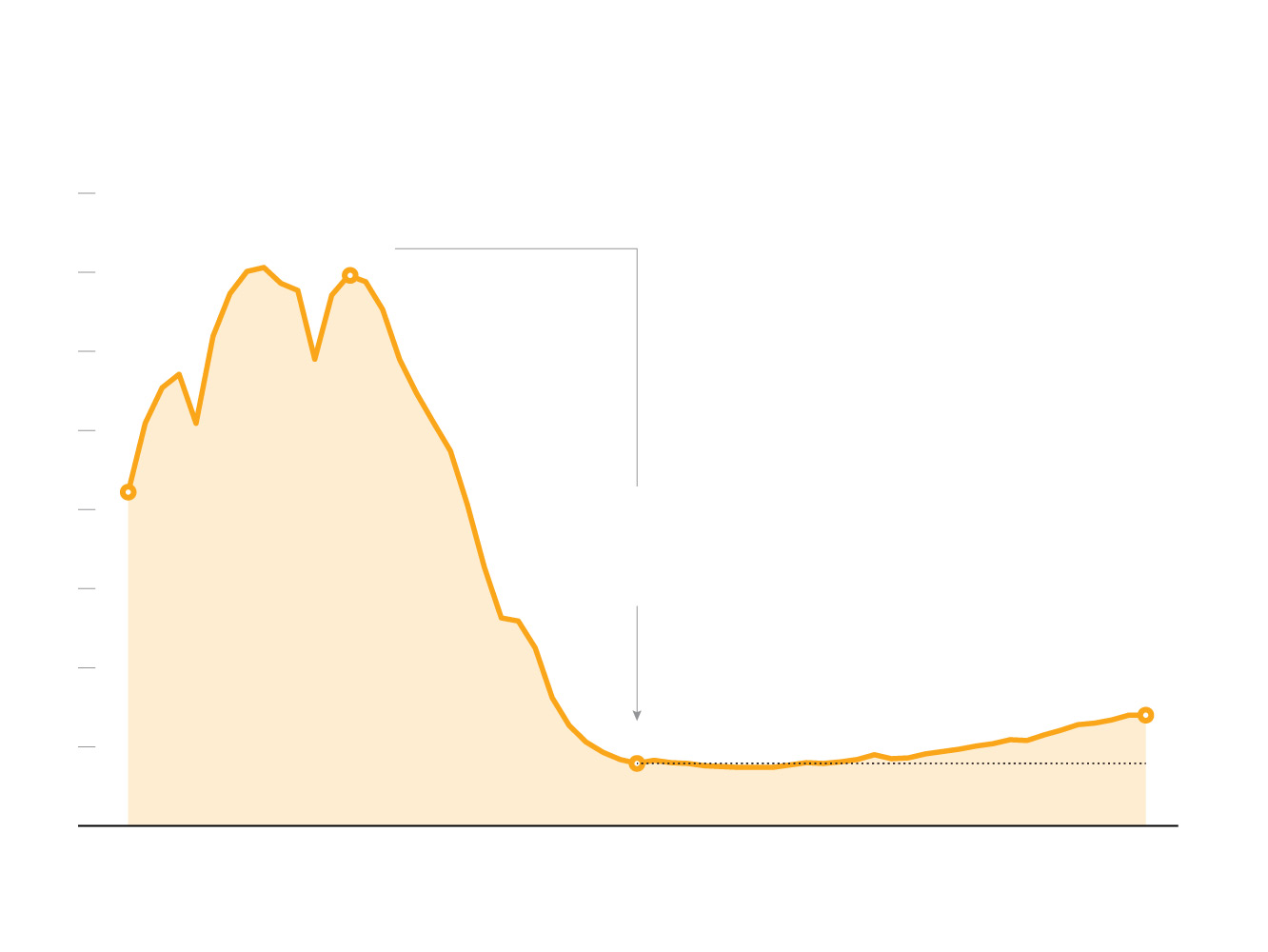 After four weeks, signs of recovery emerge for hotel occupancy in China.

The occupancy dropped by 89 percent in only two weeks 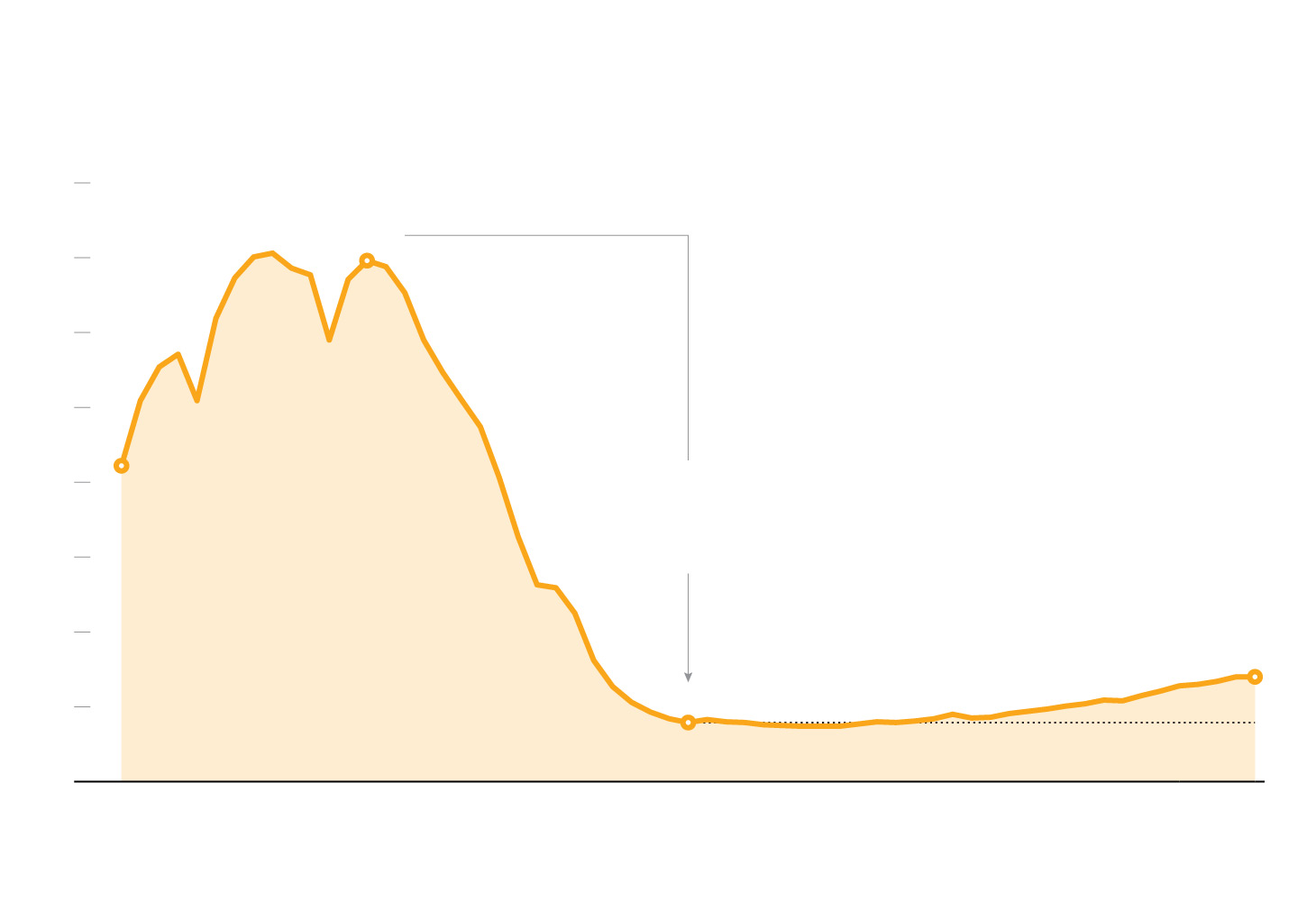 After four weeks, signs of recovery emerge for hotel occupancy in China.

The occupancy dropped by 89% in only two weeks

China’s domestic tourism market is gigantic and supports some five billion trips a year. In several surveys the domestic industry says it’s planning for a recovery of 70 percent over the next six months, according to Dr. Wolfgang George Arlt, director of the China Outbound Tourism Research Institute. But that recovery largely rests on domestic tourism, with China severely limiting foreign visitors to insure the virus doesn’t resurface.

The United States—the new epicenter of the pandemic—isn’t following China’s trajectory, so the comparison may be more hopeful than realistic. Still, the U.S. Travel Association’s Dow remains optimistic. “Over the long term we will return and come back to business as usual,” he predicts. “People have short memories and there will be a pent up desire to travel.”

Elizabeth Becker is the author of Overbooked: The Exploding Business of Travel and Tourism, which was an Amazon book of the year. In her 40 years in journalism she was an award-winning correspondent for the New York Times, a senior foreign editor at National Public Radio and a war correspondent for The Washington Post.

Editor’s note: This story was updated with the correct spelling of Dr. Wolfgang George Arlt’s name.