Americans are flocking to trails. Here’s how Ohio is keeping them safe.

Tracing across southwestern Ohio, the Miami Valley Trail Network is the largest network of paved trails in the United States. More than 340 miles of continuous blacktop runs from the eastern suburbs of Cincinnati, on the banks of the Ohio River, to the farmlands of western Ohio more than a hundred miles north.

Rising COVID-19 cases around the U.S. continue to curb travel and recreation opportunities. But what makes the Miami Valley trails especially attractive in a time of pandemic is their width—sometimes 14 feet, more than twice as wide as many of the region’s unpaved trails—which helps cyclists, joggers, and walkers alike comply with social distancing recommendations. By maintaining facilities and spreading virus safety information, southwest Ohio’s trail network is weathering a huge boom in visitors—and making life a little more bearable for residents of this Midwestern region.

An escape route for thousands

The Miami Valley system has only grown in popularity since its 2017 completion. In a region of fewer than 1.5 million people, the network saw an estimated 793,000 users in 2017, the most recent year for which figures are available. It’s also spawned its own micro-economy: in recent years, 13 breweries have sprung up within a half-mile of the trail. Built largely atop abandoned railway lines and riverbanks, the network links more than a dozen post-industrial and rural Midwestern towns, including Dayton, Springfield, and Xenia. This almost entirely flat trail winds through endless fields of corn and spectacular woodlands, revealing a true sense of present-day life in America's heartland.

But when Ohio announced a statewide stay-at-home order in mid-March (eased two months later) that kept residents indoors except for essential trips and exercise, the trails system transformed from a pleasant recreation spot to a critical health and wellness outlet for thousands of people.

Depending on location, different sections of the Miami Valley network are overseen by different agencies, including county, park, and river authorities. For example, Dayton’s Five Rivers MetroParks oversees 25 area parks; between April and June, they saw an average 39 percent increase in visitors to parks with paved trails. Thirty miles of trails in Montgomery and Warren Counties reported a 43 percent rise in April-June recreationists compared to 2019. And in the three weeks following the March stay-at-home order, a 50-mile stretch of trail between an eastern Cincinnati suburb and the town of Xenia saw a 98 percent increase in usage.

This local surge mirrors a broader national trend of people hitting the trails for their fresh air fix. According to the Rails-to-Trails Conservancy, a Washington, D.C.–based nonprofit, the number of people hitting America’s 40,000 miles of trails in the shadow of the pandemic has risen by 92 percent over last year.

For some, this has fueled a welcome boom. Adult leisure bike sales across the U.S. rose 121 percent in March year over year, a trend that has remained high in the months since. April’s sales of traditional and indoor bikes (and accessories) reached $1 billion—almost double April figures in recent years, according to the NPD Group, a market research company.

Attendance on some Miami Valley trails is up this year compared to 2019. 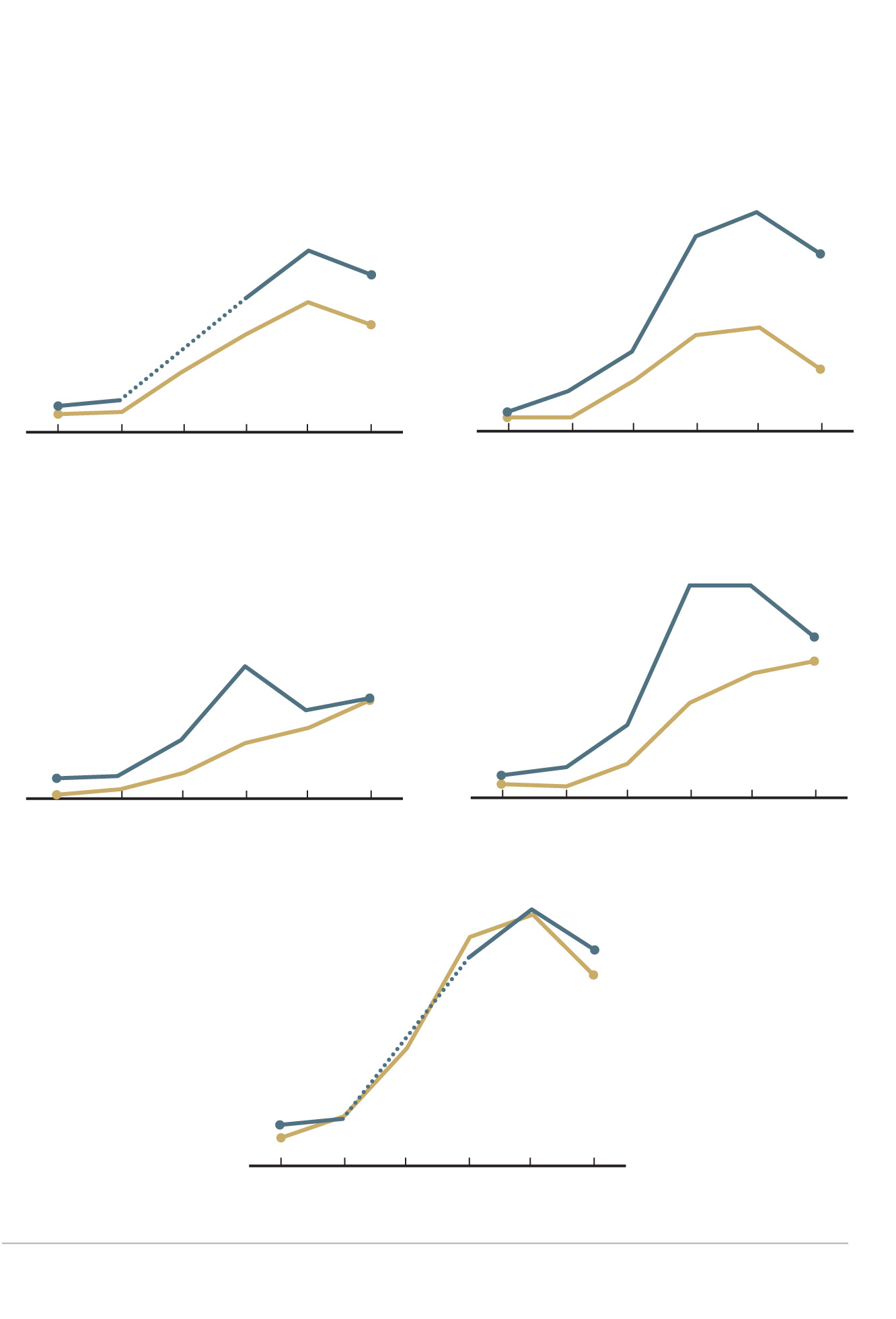 Attendance on some Miami Valley trails is up this year compared to 2019.

“We saw a big uptick in sales online,” he says. “But nothing prepared me for the boom we had when we re-opened on April 20.” Customers lined the streets outside his stores to buy bikes—predominantly kids’ and family-style models, he says. Sales have more than doubled year-over-year, while online purchases are up 1,000 percent. Many bikes sold out by mid-May.

But greater numbers on the trail has led to a host of issues.

On many Miami Valley Trail Network routes, water fountains and toilet facilities have been closed and trash pickup schedules reduced. “All of the precautions we have taken with regards to closures have been with the community, volunteers, and staff top-of-mind,” says Shelli DiFranco, Five Rivers MetroParks director of marketing and public engagement.

Crowding has presented trail authorities with their biggest challenge: keeping open one of the only ways residents have to escape the confines of home, while ensuring trail users stay safe and physically distanced.

On a recent Sunday afternoon at a trailhead on the Little Miami Scenic Trail section, east of Cincinnati, cyclists and kayakers compete for parking and trail space. Several cars are forced to park on the grass. Weekend traffic jams have become a common headache.

Sixty-five miles north, where the trail passes close to Yellow Springs’ funky town center, cyclists must slow to dodge skateboarders and families out for a stroll.

“I personally avoided the trails for a few weeks and did most of my riding on rural roads,” says Bob Hartman, president of the Dayton Cycling Club, who rides between 30 and 60 miles at various times of the week. But, he says, “it’s great to see so many people discovering the amazing trail system we have in this area.”

Six months into the pandemic, there are signs that many of the initial kinks have been straightened out. Five Rivers MetroParks says it has opened at least one restroom at most of its facilities; this month, they launched an app with precautionary directions to help prevent the spread of the virus. Many regular cyclists who initially stopped using the trails in the spring have now returned.

Social media campaigns and local signage have helped spread important trail etiquette such as keeping right, stepping off the trail when stationary and for cyclists, verbally warning pedestrians before passing from behind.

As the pandemic continues, the Miami Valley’s trails—and America’s at large—will likely remain a critical resource in the months ahead. And seasoned trail users have some pointers to help everyone enjoy the new normal.

“Be friendly. Smile and wave to others,” suggests Hartman. “We’re all out there to have fun.”

Stephen Starr is an Irish journalist and author who reported from the Middle East for a decade before moving to Ohio in 2018. Find Stephen on Twitter and Instagram.