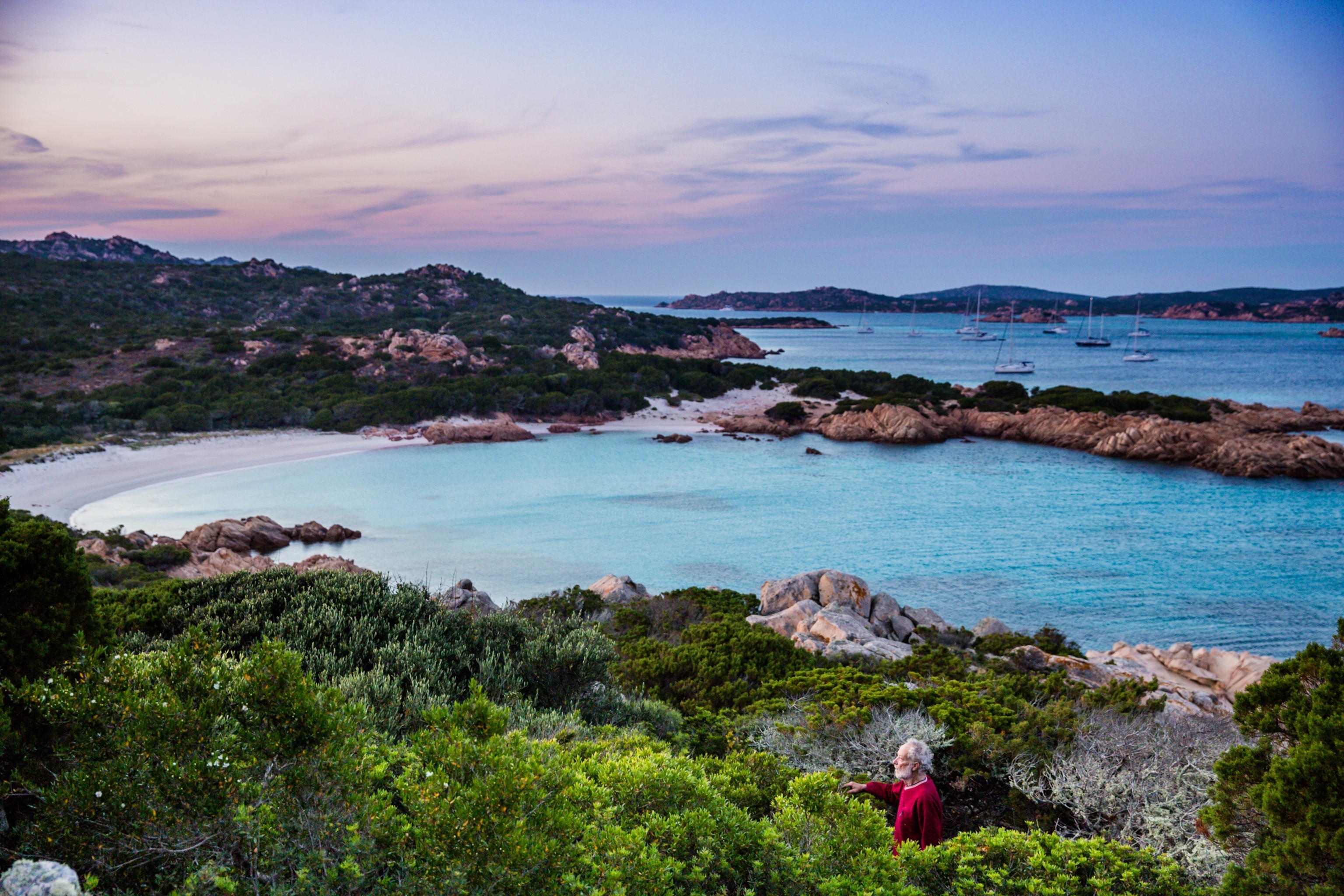 Mauro Morandi found serenity in solitude decades on Italy’s Budelli island. He now has to leave.

Mauro Morandi has lived alone on Italy’s Budelli Island for 31 years. “What I love the most is the silence,” he says. “The silence in winter when there isn’t a storm and no one is around, but also the summer silence of sunset.”

More than a year ago, when the world responded to isolation orders to prevent the spread of coronavirus, Mauro Morandi stayed put. He had no reason to move because he has spent the past three decades in isolation by choice.

In 1989, Morandi’s catamaran—engine crippled and anchor adrift—washed up on the coast of Budelli Island, located on a stretch of water between Sardinia and Corsica. As luck would have it, Morandi learned that the island’s caretaker was retiring from his post, so he sold his boat and assumed a new role.

Thirty-two years later, Morandi, known as Italy’s Robinson Crusoe, was the sole resident and guardian of the island. Now, after decades of protecting one of Italy’s most beautiful islands, Mauro Morandi has surrendered his post, responding to years of pressure from authorities who have asked him to leave.

Maddalena Archipelago National Park is comprised of seven islands. Budelli is considered the most beautiful among them for its Spiaggia Rosa, or Pink Beach. The rose-colored sand derives its unusual hue from microscopic fragments of corals and shells, which have been slowly reduced to powder by the shifting tides.

In the early 1990s, Spiaggia Rosa was dubbed a place of “high natural value” by the Italian government. The beach was closed off to protect its fragile ecosystem—only some areas remain accessible to visitors—and the island rapidly went from hosting thousands of people a day to a hosting just one.

In 2016, after a three-year legal battle between a New Zealand businessman and the Italian government for ownership of the land, a court ruled that Budelli belonged to Maddalena National Park. The same year, the park challenged Morandi’s right to live on the island—and the public responded. A petition protesting his eviction garnered more than 18,000 signatures, effectively pressuring local politicians to delay his expulsion indefinitely.

But on April 25, 2021, Morandi told his Facebook followers that he had decided to leave at the end of the month after several threats of eviction from park authorities.

The Spiaggia Rosa, or Pink Beach, derives its rosy color from microscopic fragments of corals and shells including Miriapora truncata and Miniacina miniace.

“I hope[d] to die here and be cremated and have my ashes scattered in the wind,” says Morandi, who is now 81. He believes all life is eventually reunited with the Earth—that we are all part of the same energy, which propels Morandi to remain on the island without compensation. The Stoics of ancient Greece called this sympatheia, the feeling that the universe is an indivisible, unified living organism endlessly in flux.

Despite his aversion to people, Morandi guarded Budelli’s environment with fervor and educated summertime visitors about the ecosystem and how to protect it.

“I’m not a botanist or a biologist,” Morandi says. “Yes, I know names of plants and animals, but my work is much different than this. To be able to care for a plant is a technical task—I try to make people understand [why] the plant needs to live.”

Morandi said that teaching people how to see beauty will save the world from exploitation. “I would like people to understand that we must try not to look at beauty, but feel beauty with our eyes closed,” he says.

Winters on Budelli are both beautiful and lonely. Morandi endured long stretches of time—upwards of 20 days—without any human contact. He found solace in the introspection it affords him, and often sits on the beach with nothing but the sounds of the wind and waves to punctuate the silence.

Morandi passed the time with creative pursuits. He fashioned juniper wood into sculptures, finding faces hidden in their nebulous forms. He read zealously and meditated on the wisdom of Greek philosophers and literary prodigies. He took pictures of the island, marveling at how it changes from hour to hour, season to season.

Morandi collects juniper logs and shapes them into sculptures. He sells them to tourists and donates the money to NGOs in countries from Africa to Tibet. Though he inhabits a small piece of land, he is acutely aware of the world at large.

During all his years on the island, Morandi says he has never gotten sick, a quality he attributes to “good genes.”

This is not unusual for people who spend extensive periods of time alone. Scientists have long posited that solitude generates creativity, and point to generations of artists, poets, and philosophers who produced their greatest works in seclusion from society.

But the benefits of solitude may not be universal. “Solitude can be stressful for members of technologically advanced societies who have been trained to believe that aloneness is to be avoided,” writes Pete Suedfeld in Loneliness: A Sourcebook of Current Theory, Research and Therapy. Nonetheless, there are many secular and devotional cultures around the world that venerate and preserve solitude.

When Wi-Fi inevitably found its way to this nearly unpopulated island Morandi adopted it and began sharing his beloved piece of paradise with the world through social media. Embracing this new form of communication is his concession on behalf of a larger purpose—to facilitate a bond between people and nature by exposing them to its beauty. A bond Morandi hopes will motivate people to care for the planet wherever they are.

“Love is an absolute consequence of beauty, and vice versa,” Morandi says. “When you love a person deeply you see him or her as beautiful, but not because you see them as physically beautiful … you empathize with them, you’ve become a part of her and she’s become a part of you. It’s the same thing with nature.”

Related: He Spent 40 Years Alone in the Woods, and Now Scientists Love Him

For more than 40 years, billy barr has lived in a small cabin in Gothic, Colorado, recording data about the snowpack to pass the time. In doing so, he has inadvertently provided scientists with a treasure trove of climate change data. This film is part of our Short Film Showcase; any views expressed are those of the filmmakers.