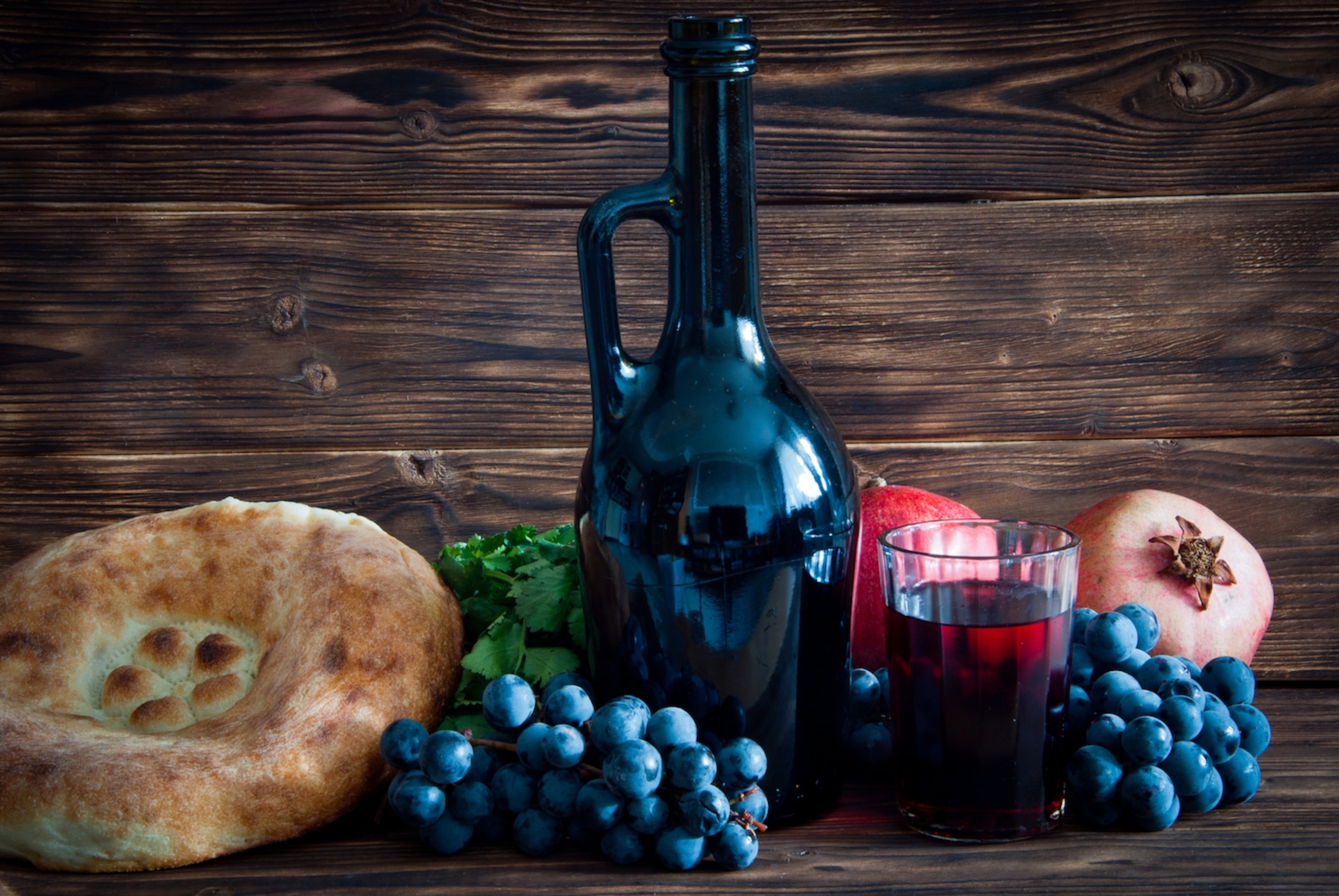 Discover the Secret Birthplace of Wine

Georgian winemaking traditions date back to 6,000BC.

Georgian wine and traditional foods are at the center of the culture in this country.
Photography by Letterberry, Shutterstock
This content was written by and is brought to you by our sponsor, Georgia Tourism. It does not necessarily reflect the views of National Geographic or its editorial staff.

Georgians are rightly proud of their rich and historic winemaking culture, and as traditional methods enjoy a renaissance, the qvevri - an earthenware vessel used to store and age wine for thousands of years - is becoming the unofficial symbol of the country, found on everything from tea towels to t-shirts. Though only around three per cent of Georgia’s wines are made in these qvevri, they remain a romantic ideal that celebrates the country’s history.

A relatively small producer, Georgia exports wine worldwide, and sales have been growing rapidly, particularly in the US. However, like most countries, it keeps the best bottles for itself and visiting its restaurants and vineyards is by far the best way to appreciate this fine art.

Georgia is generally considered the ‘cradle of wine’, as archaeologists have traced the world’s first known wine creation back to the people of the South Caucasus in 6,000BC. These early Georgians discovered grape juice could be turned into wine by burying it underground for the winter. Some of the qvevris they were buried in could remain underground for up to 50 years.

Wine continued to be important to the Georgians, who incorporated it into art and sculpture, with grape designs and evidence of wine-drinking paraphernalia found at ruins and burial sites.

The tumultuous years around the Soviet period were initially good for Georgian wine production. The wines were significantly better than others available to Russians and the number of acres used for vine growing increased massively. But in the 1980s, Gorbachev’s anti-alcohol campaign cut off some of the older wineries. Since then, Russian embargoes on wine have harmed production and it has taken decades for the industry to rebuild after independence.

Georgia is now making a name for itself in the natural wine market. Even though it’s a small amount of its total production, the rise in interest for traditional methods and using clay for storage and fermentation has put the country back at the forefront of wine production.

The main wine areas of the country are Kakheti, and its Telaviand Kvareli regions, Kartli, Imereti, Racha-Lechkhumi and Kvemo Svaneti, and Adjara. Though larger, modern wineries are growing in number, there are still thousands of small farmer using fairly traditional techniques.

Kakheti is an essential visit for wine-fans, and there are plenty of tours and vineyards open for independent visitors. It can be a day trip from Tbilisi, or you can stay overnight. The areas of Sighnaghi and Telavi are easily accessible and both are packed with cellar doors and restaurants. Do pop into the Chavchavdze Estate for a glass or two, along with a good dose of local history as it has been converted into a museum of wine.

With unique climate and topography and over 500 varieties of grapes, you could spend your life drinking Georgian wine and never try it all.

One to make sure you taste is the amber or orange wine. Thought to have originated in the country, these are made with white wine grapes but the skins are not removed for several days, giving a deeper colour and flavour.

For white, look for rkatsiteli, Chinuri (which also makes lovely sparkling), and for a qvevri-made wine, kakhuri mtsvivani is beautiful.

When it comes to red, look out for those made from the local grape separavi, which is the dominant variety in the country and creates a strong colour with serious depth of flavour. Usakehlouri, from the west, and Tavkveri in Kartli are also recommended.

Generally Georgian wines are dry but thanks to the Slavic market, sweet and semi-sweet wines are growing in popularity. Try Usakhelauri, Khvanchkara, Akhasheni and Tvishi varieties to satisfy your sweet tooth.