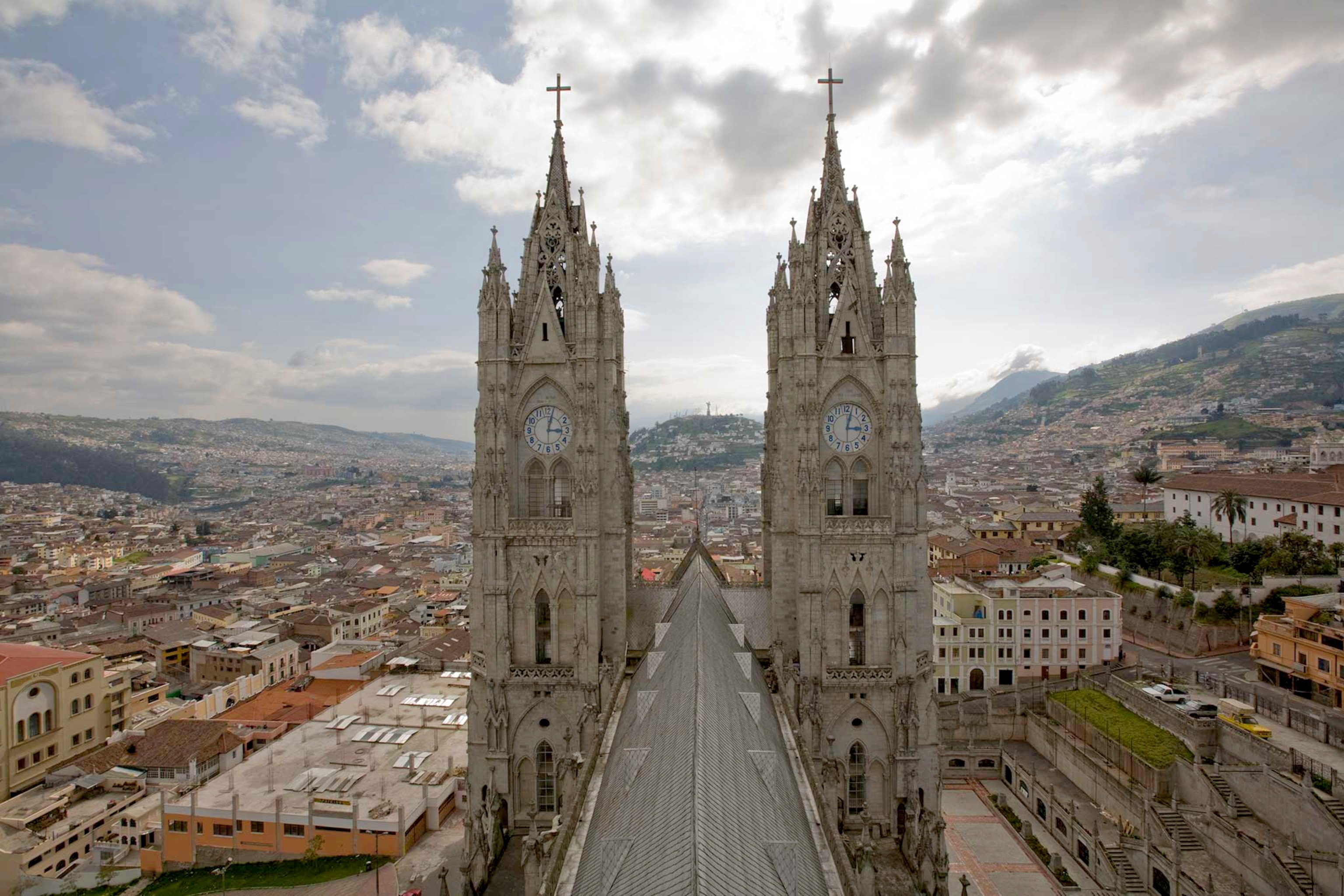 Photograph by Paul Souders, Getty Images
Why It's Worth It

Perched sky-high in the Andes at the foot of the snow-capped Pichincha volcano, Quito is—quite literally—breathtaking. Thanks to one of the largest and best-preserved colonial cores in Latin America, Ecuador's capital was named the very first UNESCO World Heritage site. The city's dramatic setting squeezed between mountain peaks and straddling two hemispheres has always lured visitors, but its best-kept secrets are hidden in the narrow cobblestone streets, candlelit monasteries, and leafy plazas that reveal themselves when the mist clears. —Eliot Stein