Visit the African park that inspired ‘The Lion King’

The film’s setting is real, wild, and open for visitors.

The film’s setting is real, wild, and open for visitors.

The animators of Disney’s The Lion King traveled to a park with dramatic landscapes in Kenya’s Great Rift Valley to get a feel for, as Mufasa puts it, the great circle of life. When visitors to Hell’s Gate National Park reach the sweeping cliffs carved by a prehistoric lake that gives the park its name, they’ll discover that Pride Rock’s real-life inspiration is no less majestic. 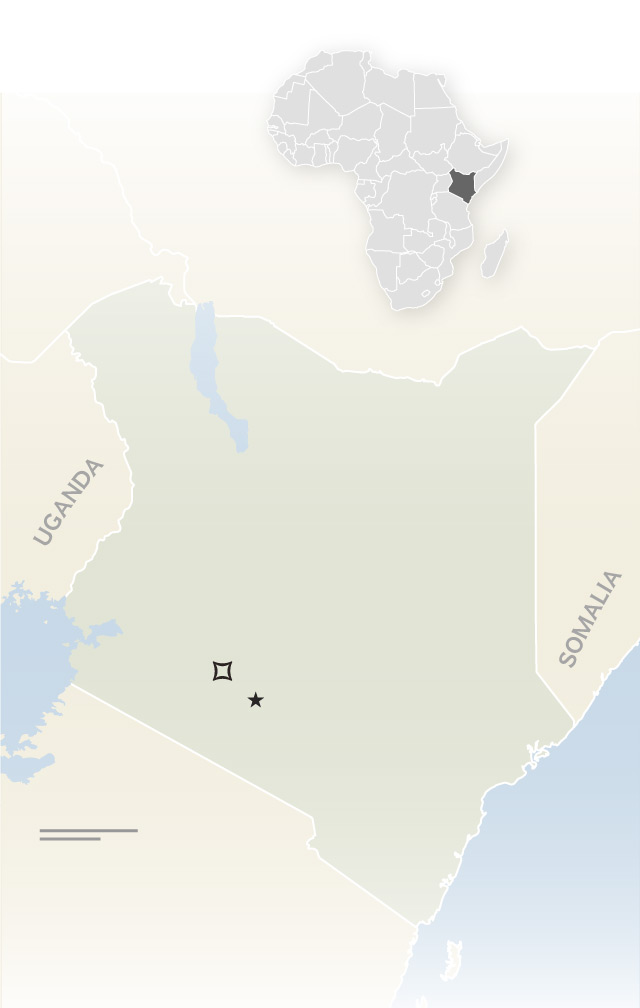 The fact that you won’t actually see Simba (which means lion in Swahili) is the park’s secret advantage: the lack of predators means you can take in savannas and come face to face with giraffes, zebras, antelopes, and warthogs on your own two feet—or better yet, on bicycle wheels. Hell’s Gate is one of the only places in East Africa where you can hike the totality of a park. You can even go on a biking safari—a far cry from peeping animals through a safari vehicle’s roof. (Walt Disney Company is majority owner of National Geographic Partners.)

Roughly 26 square miles in size, the park is situated in the Great Rift Valley, a jagged tectonic tear that stretches from Lebanon to Mozambique and cracks the continent in two by a few millimeters every year. This is what makes Hell’s Gate a geological marvel worth visiting: towers of rock that provide rock climbing opportunities for adrenaline junkies and hiking trails that wind around a gorge formed by ancient, raging waters. Here’s how to see it all in Hell’s Gate.

Bike through a herd of zebras

Hell’s Gate is smaller and less packed with animals than Kenya’s other parks, but there’s nothing like pedaling your bike past a herd of zebras or trying to keep pace with a galloping giraffe. The best bike ride stretches four miles from the main entrance of the park, Elsa Gate, to the picnic site and ranger station near the entrance to the Ol Njorowa Gorge. (Here are some tips for responsible wildlife tourism.)

Set out on the dirt road in the early morning or late afternoon to escape the harsh equatorial; you’re likely to see animals all day, such as families of warthogs dashing across the road or herds of gazelles frolicking through acacias. The park proves a popular spot for birdwatching, with more than a hundred species. Give the water buffalo plenty of distance; they’re more dangerous than they look. (Find more destinations around the world to see unusual birds.)

Keep an eye out for Fischer’s Tower, a 75-foot-high rock formation made from molten volcanic lava forced up through a tear in the earth—or, if you prefer local lore, a rebellious girl who was turned to stone after defying her family before her wedding. This site is one of several places for rock climbing in the park. Call Climb BlueSky, a Nairobi rock-climbing gym, for more details.

Bring a packed lunch—and a cold Tusker, Kenya’s favorite lager—to picnic at the Ranger’s Station picnic area. Be warned, vervet monkeys and baboons abound and unlike Simba’s mandrill friend, Rafiki (which means friend in Swahili), these monkeys are more likely to steal your food than offer sage advice.

From here, you can hire a guide—the area is community-run by Maasai people—to take you on a hike through the Ol Njorowa Gorge. The trail is not for the faint of heart; you’ll ford streams, scramble over boulders, and scale short rock faces, but the impressive views are well worth the effort.

At times, the walls of the gorge tower so high above you, and hug so tightly together, they almost squeeze out the light from the sky above. If the setting looks familiar, it might be because The Lion King isn’t Hell’s Gate’s only silver screen cameo—Lara Croft: Tomb Raider also filmed here. Toward the end, see billowing steam from the park’s geysers and dip your hands in bubbling springs that are hot enough to boil eggs.

Treat yourself to a sustainable spa

Kenya was the first African country to tap geothermal energy and Hell’s Gate is a leader: The park’s geysers and hot springs are used to harvest geothermal energy and fuel almost half of Kenya’s electricity. Environmentalists and safari enthusiasts worry about threats to the wildlife and natural beauty. This may be true, but harvesting that kind of power is nothing to sniff at in a country whose population doubled in 25 years and where over 60 percent are still without electricity. Visit the park’s newly constructed Olkaria Spa and bathe in the mineral-rich waters produced from the condensed steam to get a hint at how the park may meld tourism and development in the future.

How to get there

Hell’s Gate is located about nine miles from the turnoff from the Nairobi-Naivasha highway. The two hour drive from Nairobi is a trip in itself, especially with the Escarpment Road’s stunning views of the Great Rift Valley. If you’re prepared to bargain, there are opportunities to buy Kenyan tchotchkes from vendors along the way. The road was constructed by Italian prisoners of war during World War II and the tiny church they built is worth a stop. (Here are the top sites to see while visiting Nairobi.)

Make a weekend of it

Hell’s Gate is situated near two volcanoes, Longonot and Suswa, both of which make great day hikes. It’s also near Nakuru National Park, where you can catch the rhinos you’ll miss at Hell’s Gate, and Lake Naivasha, where you can go boating. The brilliant pink strips at the edge of the lake? Yes, those are flocks of flamingos.

Hell’s Gate has three camping sites: Endachata, Naiburta, and Oldubai, where you’ll fall asleep to the eerie sound of a hyena’s cackle and wake up early for a sunrise game drive. Daybreak is when you’ll see the most animals and when the park will be drenched in golden light.

If you’re looking for a little more infrastructure, Camp Carnelly’s is a 15-minute drive from the park’s entrance. There, you can pitch a tent along the shores of Lake Naivasha or stay in a cabin tucked under fever trees. Either way, unwind at the Lazy Bones restaurant with a gin and tonic and one of their inventive samosas. Next-door Fisherman’s Camp offers similar amenities—and excellent brick oven pizza.

Consider Airbnb options if you'd like to rent a rustic cottage or larger home for a group of friends (including Pumbaa, perhaps).

Based in Washington, D.C., Abigail Higgins spent years as a foreign correspondent and researcher in East Africa. Follow her on Twitter.