In France for the Women’s World Cup? Here’s what to do.

As soccer fans flock to the iconic destination, check out these tips to make the most of the experience.

Take a deep breath, everyone: The 2019 Women’s World Cup is finally here.

It took 87 years for the Fédération Internationale de Football Association (FIFA) to organize the first women’s tourney in 1991. But in the decades since, women’s teams around the world have represented their countries on the international stage to the fervent support of a growing fanbase. 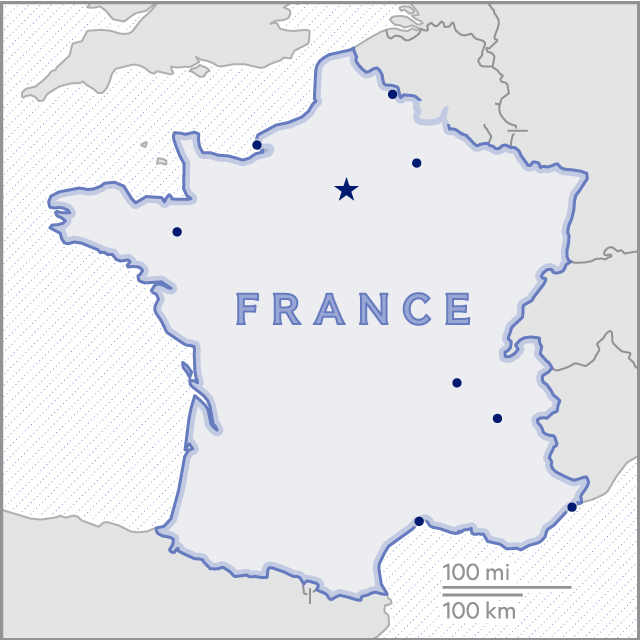 The 2019 Women’s World Cup will take place in nine cities across France.

From June 7 to July 7, reigning champs the United States will don three-star jerseys to join 23 other teams for 52 matches in nine cities throughout France. A bucket-list destination in its own right, the first-time host has pulled out all the stops to welcome teams and fans to a high-profile tournament that’s set to break even more records than 2015, when the final was the most-watched soccer game in U.S. history.

Just in time, too. Women’s soccer has come a long way, but this year’s $4 million winner’s purse is a laughable 5 percent of the prize awarded to the French men’s team for their 2018 victory. As female players fight for equal treatment and pay, the support of the 1.3 million Cup ticketholders—and of the many millions who’ll watch around the world—could usher the game into a fairer era.

If you’re in France for the tournament, check out these tips for things to do in each host city—when you’re not cheering for your team, that is.

Take in Grenoble’s magnificent Alpine views by cable car, zipline, or hiking trail before cooling down underground in the Sassenage Caves. Spend a day in the city’s art, history, and archaeology museums, then take an evening stroll through the historic center’s shops, cafés, and bars.

A scintillating blue shell marks Stade Océane, the eco-friendly home of France’s oldest football club. Head to the beach to sail, stand-up paddleboard, or lounge. Admire the Impressionist paintings in Musée Malraux before experiencing nature for yourself in one of the lush green spaces lacing this bustling Norman port.

The heart of the women’s game in Europe, lively Lyon will swell with nearly 200,000 fans for the tournament’s final matches. Take the family to the Rhône-side swimming pool, the circus and theater performances at Nuits de Fourvière, or the kid-friendly exhibits at Musée des Confluences. Stop for lunch at one of the city’s 70 famous bouchons for meaty local fare. Then hop on a rental bike or scooter to explore murals like the Fresque des Lyonnais before heading to the FIFA fan village ahead of the games.

Start your tour of Mediterranean Montpellier in Place de la Comédie, where shop-lined medieval streets empty into an enormous, oval-shaped central square. Explore the city’s vibrant street art, tour a vineyard, stroll the beach, or rent a car for the hour’s drive to the underrated, scenic Camargue delta.

Sunny, scenic Nice isn’t one of the world’s top tourism destinations for nothing. Stroll, cycle, or skate the seaside Promenade des Anglais, then unwind at one of the casinos on the boulevard’s eastern end. If you love art, pack your walking shoes: This Riviera hot spot hosts a bevy of world-class museums, including the Musée National Marc Chagall, the Musée Matisse, and the Musée d’Art Moderne et d’Art Contemporain.

What can’t be done in the City of Lights? The problem will be choosing from the dozens of World Cup activities. Catch a free concert or four, learn about football in the Arab world, or take the kids to the Tuileries’ annual funfair. And before France and South Korea face off for the opening match in nearby Parc des Princes, picnic among the landscaped gardens and tree-lined lakes of massive Bois de Boulogne park.

The legendary Gothic architecture of Reims Cathedral—the coronation site of a thousand years of French kings—was painstakingly restored after sustaining heavy damage during the World Wars. Visit for free or arrange a tour, then toast your team with the region’s signature bubbly at a visit to a champagne house or two.

Spend a day with the family stargazing at Rennes’ planetarium or touring its medieval timber houses and intact Roman sites. Then enjoy an evening of cocktails and local Breton fare at one of the city’s many tucked-away terraces—or, if you’re in a more festive mood, at a spot in Drinker’s Alley.

Having rebounded from a late-20th-century slump, Roman-era Valenciennes offers visitors the chance to wander through wetland forests, gaze at the Flemish masterpieces on display in the Musée des Beaux Arts, and explore nearby UNESCO-recognized mining sites.