Many people want to set aside half of Earth as nature

A new survey of 12,000 adults in 12 countries revealed overwhelming support for conservation, as well as knowledge gaps in subjects like extinction rates.

Famed biologist E.O. Wilson has argued in recent years that humans should set aside half of Earth as nature, an ambitious proposition to stave off mass extinction and safeguard the bulk of our planet’s biodiversity, including its people.

Now, a new poll reveals Wilson isn’t alone in his thinking. On average, the majority of survey respondents across a dozen countries said more than half of the planet’s land and sea should be protected.

Jonathan Baillie, executive vice president and chief scientist of National Geographic Society, notes that this Half-Earth plan is necessary to meet the Paris climate target of limiting global warming to 2.7 degrees Fahrenheit (1.5 degree Celsius) and achieve the United Nations’ sustainable development goals. “People want what is scientifically needed for us to have a secure future,” he says.

Read more about Earth's vanishing species in the current issue of National Geographic, and see stunning photographs of the wildlife that we may lose forever in the new Photo Ark book Vanishing.

In five countries with lower internet access—Mexico, Brazil, South Africa, Indonesia, and China—the online poll's results could be more representative of affluent, urban-dwelling citizens than of the general population—a potential limitation to the survey, researchers warn.

Though people across the globe generally support conservation and saving wildlife, the survey results also revealed a poor understanding about topics such as extinction, in part due to lack of education. (Here's what we lose when species go extinct.)

For instance, respondents in all countries were highly aware of the rapid pace of mass extinction underway, yet “they don’t know exact details or understand the extent of what we could lose,” says Baillie.

A striking majority of respondents weren’t sure how much vertebrate populations have changed since 1970 (decreased by about 60 percent). Australians and Americans were least knowledgeable that a quarter of the world’s mammals could soon go the way of the dodo.

Even with such knowledge gaps, however, one crucial takeaway from the poll is that “regardless of political or cultural backgrounds,” Baillie says, “very few people think extinction is acceptable."

Concern about extinction was highest among people in Mexico, Brazil, and South Africa—countries with rich biodiversity and some of the world’s greatest and great numbers of species now at risk of extinction. Mexico has the most, with 665 endangered species, according to the International Union for Conservation of Nature.

Only a tiny sliver of the population in all countries surveyed, an average of 2 percent, said extinction didn’t concern them. (Read how human activities are accelerating the extinction rate.)

Another intriguing finding was that many people dramatically overestimate the amount of the natural world that is currently protected, notes Edward Maibach, director of the Center for Climate Change Communication at George Mason University in Virginia.

Overall, respondents believed roughly 35 percent of the world’s sea is preserved. In reality, just 7 percent is. It’s a similar story for land: Assumptions about how much is conserved (15 percent) varied by country, ranging from Australia, where people thought 26 percent of land is protected for nature, to India, where people thought 45 percent is.

That’s a problem, Baillie says, because it “could make the need to protect the environment seem less urgent.”

But it’s important to note, adds Maibach, that a “majority of people from these nations want to see much more land and sea protected”—and are likely to support their governments taking more actions to better conserve species and ecosystems.

What proportion of the world's

LAND and SEA do you think is

* “Protected areas” was defined to survey respondents as “areas on land or at sea that receive recognized protection from the government or another official organization due to their natural, ecological or cultural value.” “Land” was defined as ”terrestrial and inland water areas” and “Sea” as “marine and coastal areas.”

Which of the following comes closest to the total number of animal and plant species on the planet?

of the world's mammals are threatened with extinction? 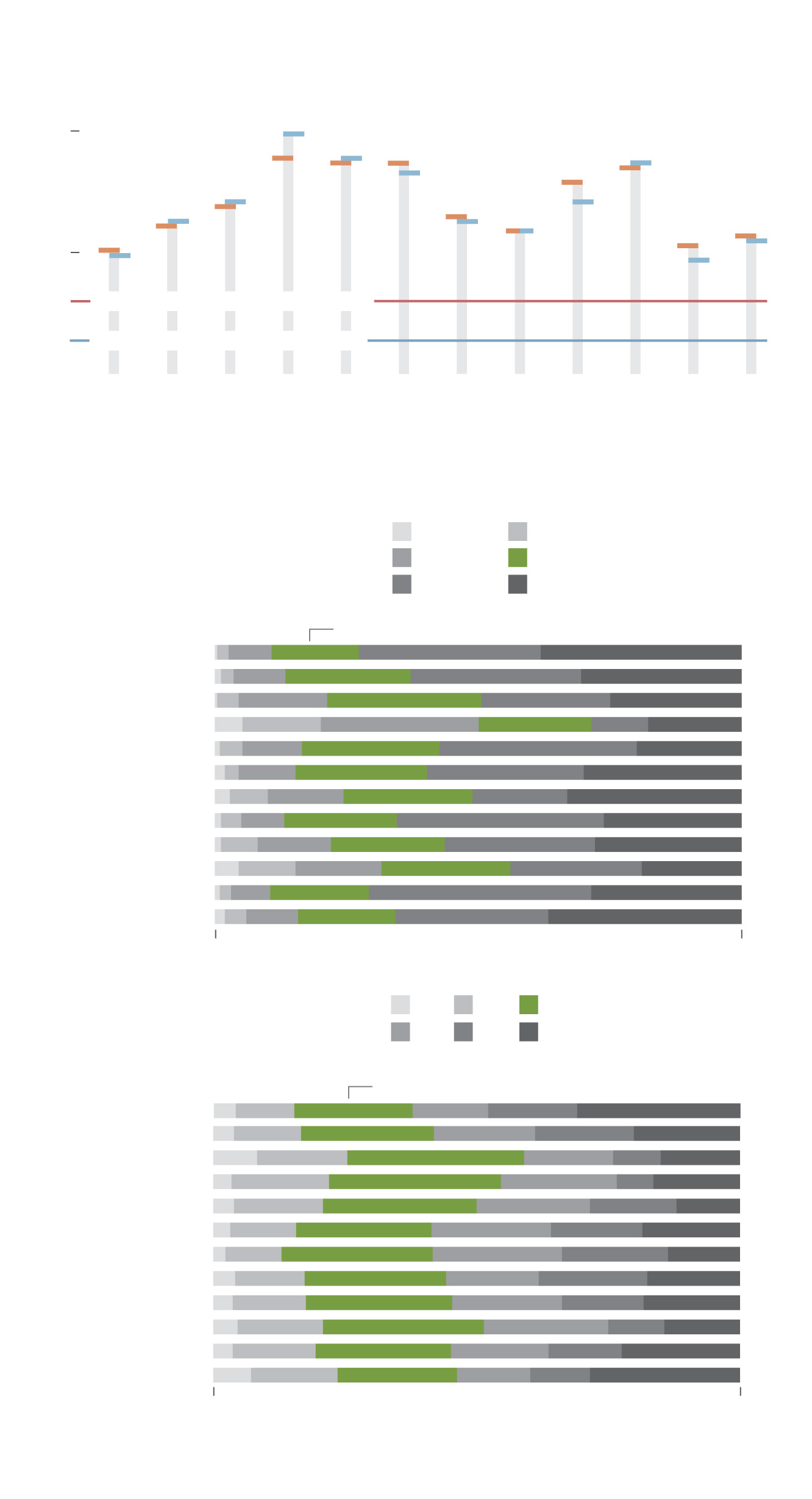 What proportion of the world's LAND and SEA do you think

* “Protected areas” was defined to survey respondents as “areas on land or at sea that receive recognized protection from the government or another official organization due to their natural, ecological or cultural value.” “Land” was defined as ”terrestrial and inland water areas” and “Sea” as “marine and coastal areas.”

Which of the following comes closest

to the total number of animal and

plant species on the planet?

Approximately what proportion of the world's mammals are threatened with extinction?

Baillie and Maibach agree the survey’s results could have significant implications for the future of conservation, for instance by pressuring governments to meet public demand for conservation.

Whether governments will follow the public’s lead remains in question. An important test will be in October 2020, when delegates from nearly 200 countries will converge at the UN Convention on Biological Diversity in Beijing, China, to develop a new framework for halting biodiversity loss and establish global targets for protected areas, currently set at just 17 percent for land and 10 percent for oceans.

Protecting biodiversity in the long-term and avoiding mass extinction will require an even loftier goal: Setting aside 50 percent of the planet by 2050, with an interim milestone of 30 percent by 2030, Baillie says. (Read how extinction is a complicated issue.)

“We now know that’s not only what’s scientifically justified, but it’s what people across a broad range of countries want,” he says. “So what’s stopping us from being more ambitious?"