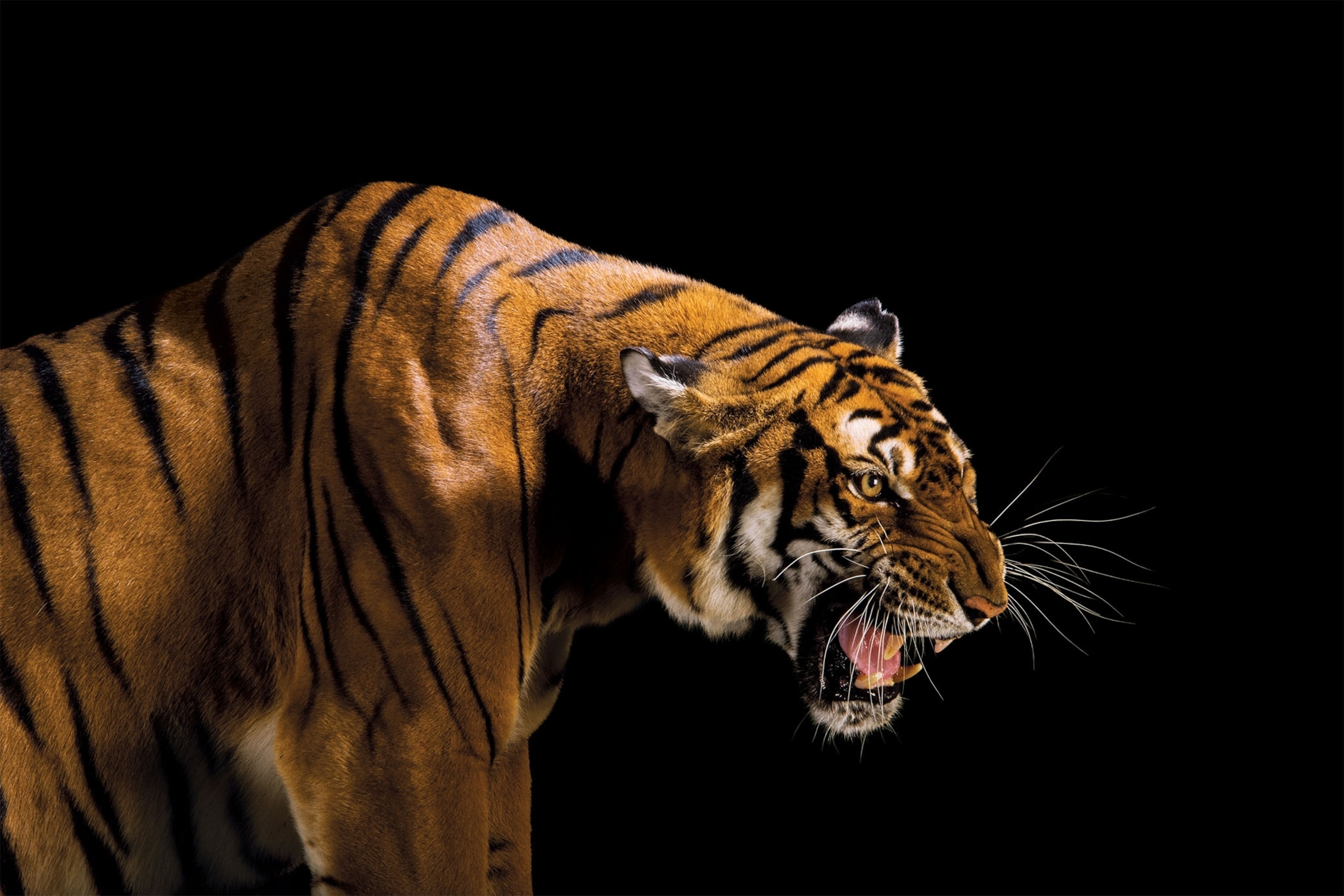 What we lose when animals go extinct

Animals are disappearing at hundreds of times the normal rate, primarily because of shrinking habitats. Their biggest threat: humans.

No trace of the wild South China tiger, Panthera tigris amoyensis (critically endangered, possibly extinct in the wild), has been seen for more than a decade. Zoos hold fewer than 200 in breeding programs. If a Chinese plan to return some to the wild fails, they could become the fourth subspecies of tiger to go extinct.
Suzhou South China Tiger Breeding Base

Most of the animals shown here are among the more than 28,000 species of animals and plants that the International Union for Conservation of Nature says are threatened with extinction. That number actually understates the risk. Since 1964, when the IUCN established a “red list” of threatened species and began compiling data gathered worldwide, the list has become the preeminent global database of endangered life and an essential tool for conservation policy. Yet the IUCN has been able to assess only about 106,000 species of the more than 1.5 million species of animals and more than 300,000 plants that scientists have described and named—which they estimate is less than a quarter of what’s really out there. A recent intergovernmental report on the biodiversity crisis estimated that extinction threatens up to a million animal and plant species, known and unknown. The IUCN hopes to raise the number of species assessments to 160,000 by 2020. Next up on its agenda: a “green list” of conservation successes. It will be much shorter than the red one.

Habitat loss—driven primarily by human expansion as we develop land for housing, agriculture, and commerce—is the biggest threat facing most animal species, followed by hunting and fishing. Even when habitat is not lost entirely, it may be changed so much that animals cannot adapt. Fences fragment a grassland or logging cuts through a forest, breaking up migration corridors; pollution renders a river toxic; pesticides kill widely and indiscriminately. To those local threats one must increasingly add global ones: Trade, which spreads disease and invasive species from place to place, and climate change, which eventually will affect every species on Earth—starting with the animals that live on cool mountaintops or depend on polar ice. All of these threats lead, directly or indirectly, back to humans and our expanding footprint. Most species face multiple threats. Some can adapt to us; others will vanish.

If we lived in an ordinary time—time here being understood in the long, unhurried sense of a geologic epoch—it would be nearly impossible to watch a species vanish. Such an event would occur too infrequently for a person to witness. In the case of mammals, the best-studied group of animals, the fossil record indicates that the “background” rate of extinction, the one that prevailed before humans entered the picture, is so low that over the course of a millennium, a single species should disappear.

More from this issue

Compared with birds, mammals, and amphibians, more plants have vanished in the wild since 1900. What’s the cost to ecosystems?
Inside the homes (and minds) of fossil collectors

Inside the homes (and minds) of fossil collectors

These long-extinct, fearsome creatures are turning up in living rooms and corporate offices as wealthy collectors indulge a controversial hobby.
A bold plan to save Africa’s shrinking giraffe herds

A bold plan to save Africa’s shrinking giraffe herds