The Kashmir conflict: How did it start?

The dispute between India and Pakistan over Kashmir was sparked by a fateful decision in 1947, and has resulted in decades of violence, including two wars.

Since 1947, India and Pakistan have been locked in conflict over Kashmir, a majority-Muslim region in the northernmost part of India. The mountainous, 86,000-square-mile territory was once a princely state. Now, it is claimed by both India and Pakistan.

The roots of the conflict lie in the countries’ shared colonial past. From the 17th to the 20th century, Britain ruled most of the Indian subcontinent, first indirectly through the British East India Company, then from 1858 directly through the British crown. Over time, Britain’s power over its colony weakened, and a growing nationalist movement threatened the crown’s slipping rule. 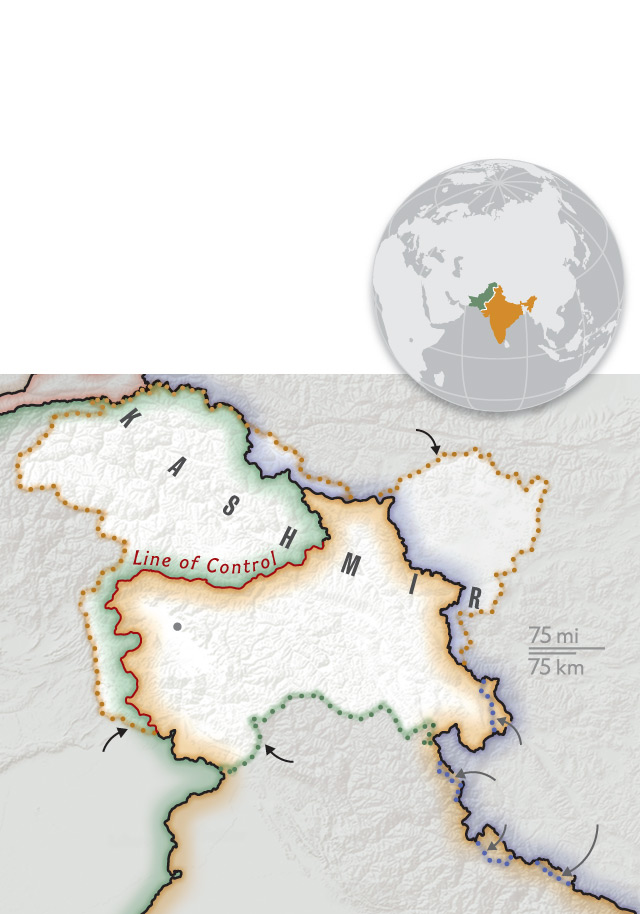 India and Pakistan both claim

administers the area south of

the Line of Control; Pakistan 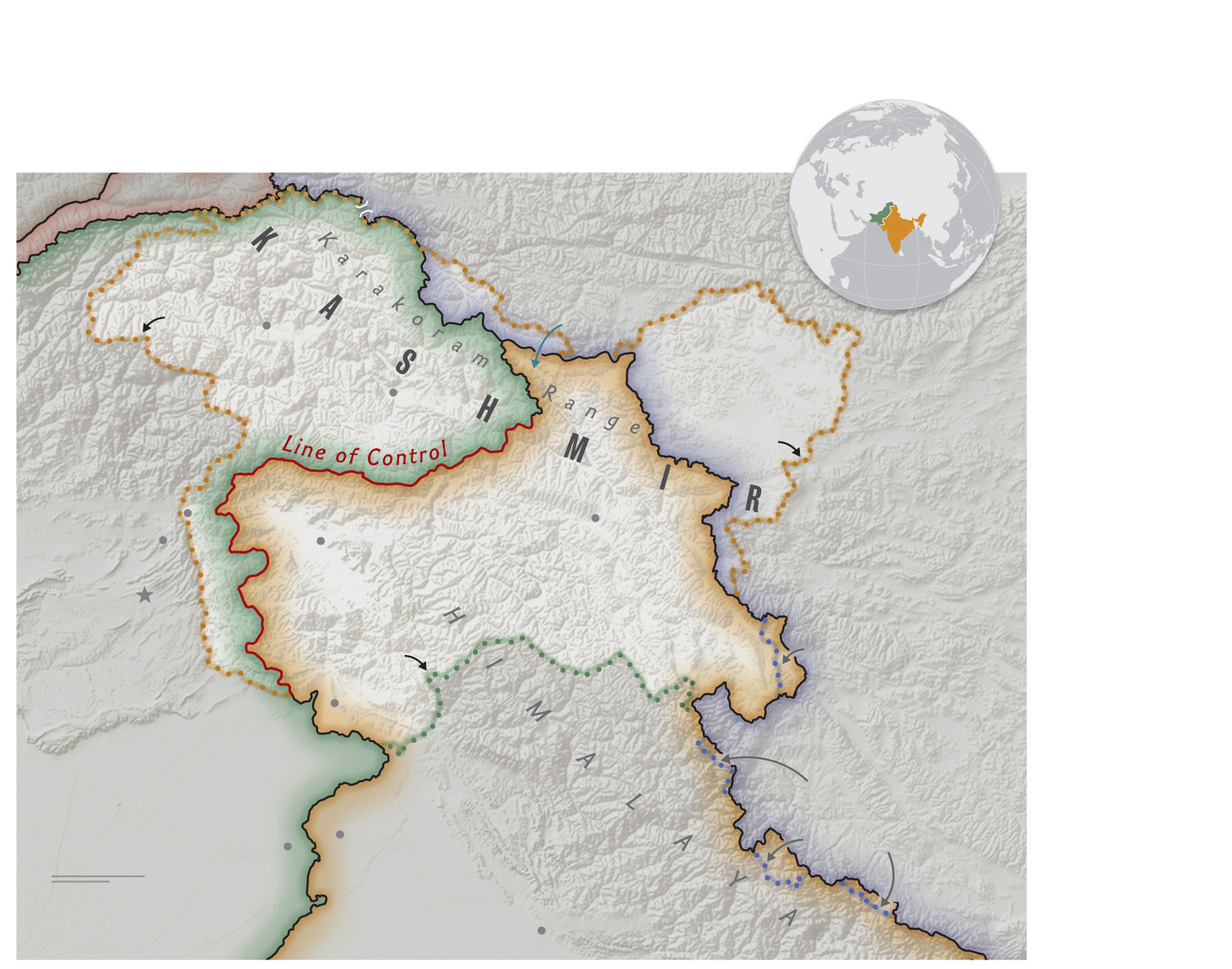 India and Pakistan both claim Kashmir—a disputed region of some 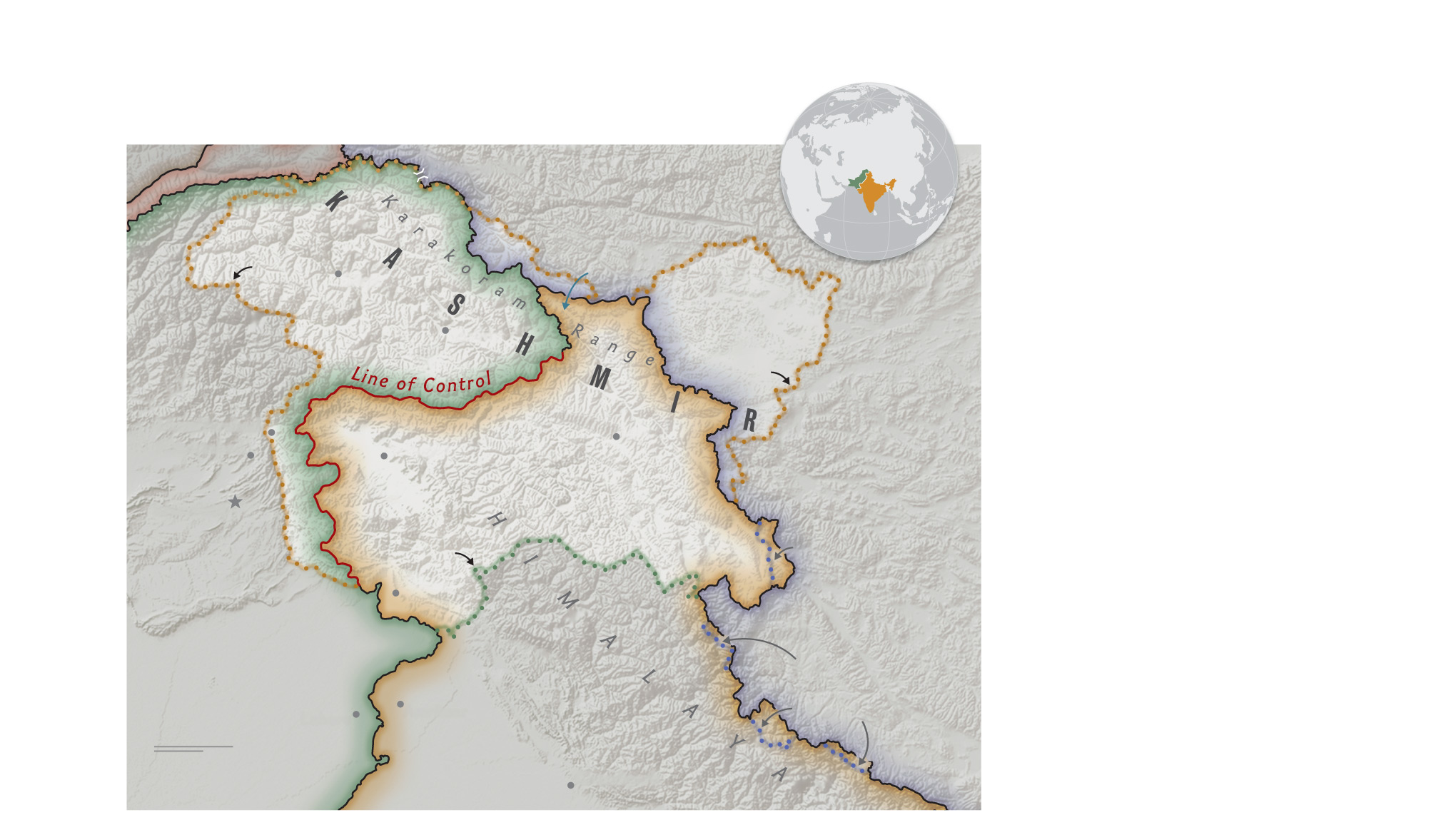 India and Pakistan both claim Kashmir—a disputed region of some

Though it feared civil war between India’s Hindu majority and Muslim minority, Britain faced increasing pressure to grant independence to its colony. After World War II, Parliament decided British rule in India should end by 1948.

Britain had historically had separate electorates for Muslim citizens and reserved some political seats specifically for Muslims; that not only hemmed Muslims into a minority status, but fueled a growing Muslim separatist movement. Mohammad Ali Jinnah, a politician who headed up India’s Muslim League, began demanding a separate nation for India’s Muslim population.

“It is high time that the British Government applied their mind definitely to the division of India and the establishment of Pakistan and Hindustan, which means freedom for both,” Jinnah said in 1945.

As religious riots broke out across British India, leaving tens of thousands dead, British and Indian leaders began to seriously consider a partition of the subcontinent based on religion. On August 14, 1947, the independent, Muslim-majority nation of Pakistan was formed. The Hindu-majority independent nation of India followed the next day.

Under the hasty terms of partition, more than 550 princely states within colonial India that were not directly governed by Britain could decide to join either new nation or remain independent.

At the time, the princely state of Jammu and Kashmir, which had a majority Muslim population, was governed by maharaja Hari Singh, a Hindu. Unlike most of the princely states which aligned themselves with one nation or the other, Singh wanted independence for Kashmir. To avert pressure to join either new nation, the maharaja signed a standstill agreement with Pakistan that allowed citizens of Kashmir to continue trade and travel with the new country. India did not sign a similar standstill agreement with the princely state.

As partition-related violence raged across the two new nations, the government of Pakistan pressured Kashmir to join it. Pro-Pakistani rebels, funded by Pakistan, took over much of western Kashmir, and in September 1947, Pashtun tribesmen streamed over the border from Pakistan into Kashmir. Singh asked for India’s help in staving off the invasion, but India responded that, in order to gain military assistance, Kashmir would have to accede to India, thus becoming part of the new country.

Singh agreed and signed the Instrument of Accession, the document that aligned Kashmir with the Dominion of India, in October 1947. Kashmir was later given special status within the Indian constitution—a status which guaranteed that Kashmir would have independence over everything but communications, foreign affairs, and defense. This special status was revoked by the Indian government in August 2019.

The maharaja's fateful decision to align Kashmir with India ushered in decades of conflict in the contested region, including two wars and a longstanding insurgency.

Editor's Note: This story has been updated to reflect the current political situation in Kashmir.