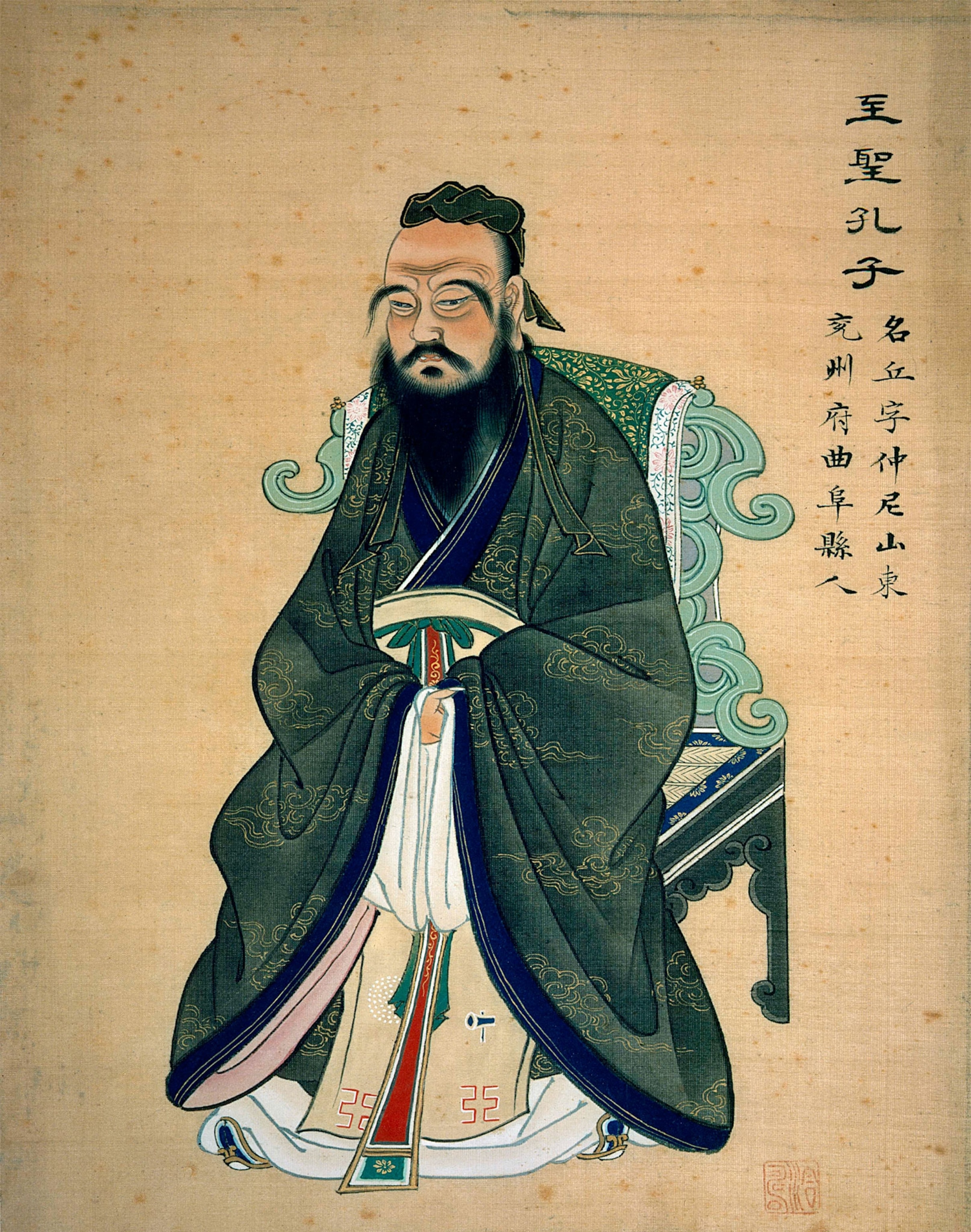 Confucius believed that all people–and the society they live in—benefit from a lifetime of learning and a moral outlook.

Confucius was a Chinese philosopher, politician, and teacher whose message of knowledge, benevolence, loyalty, and virtue were the main guiding philosophy of China for thousands of years.
Illustration by Christophel Fine Art, UIG via Getty

An ancient Chinese text recorded the height of Confucius as nine feet six inches tall. While that document may have exaggerated his physical size, there’s no doubt that Confucius was a teacher and philosopher of tremendous stature. His ideals have become intrinsically entwined with the national identity of China and the civilization of East Asia.

The individual known in the West as Confucius was born Kongqiu in 551 B.C. near Qufu, in eastern China. His family may once have been aristocratic, but they apparently fell on hard times, because he took menial jobs as a young man.

Confucius showed a zeal for academics early on. “At 15, I set my heart on learning,” he later told his disciples. He studied music, mathematics, the classics, history, and more. He was especially entranced by the early years of the Zhou dynasty (1046–256 B.C.), a peaceful period he perceived as a golden age to be emulated.

Confucius stressed the cultivation of personal qualities such as benevolence, reciprocity, and filial piety.

Confucius believed that education and reflection led to virtue, and that those who aspired to command others must cultivate discipline and moral authority in themselves. He strove to rise through the government ranks, but he tended to offend others with his forceful personality, using his position as a bully pulpit for preaching good governance. He eventually was appointed to the influential post of minister of crime in the state of Lu but fell from favor through his aggressive reform efforts.

He tried for years to reenter public service in order to improve it from within, but he found far greater success as a teacher instead. Confucius broke with tradition in his belief that all human beings could benefit from education. He espoused lifelong learning “for the sake of the self,” meaning self- knowledge and self-improvement. He attracted a wide circle of followers, who knew him as Kongfuzi (Master Kong). Those pupils recorded his words in The Analects, a collection of ethical concepts.

As stated in The Analects, Confucius believed that social harmony would naturally follow from the proper ordering of individuals in relation to
one another, with the family unit as the basic building block of society. He therefore stressed the cultivation of personal qualities such as benevolence, reciprocity, and filial piety as essential to the formation of well-educated, conscientious individuals who would benefit society through public service.

Confucius was largely ignored in his own day. When he died in 479 B.C., he left behind perhaps 3,000 students, who devoted themselves to preserving and propagating their master’s precepts. Confucius’s teachings were enthusiastically adopted as Chinese state ideology by the Han dynasty in the second century B.C. The Analects would go on to guide governments and individuals for millennia, informing and influencing Chinese history and civilization in the process.

During his lifetime, Confucius was not particularly appreciated in his native city of Qufu, in eastern China. Time has remedied that oversight. The devotion of subsequent Chinese rulers and people over the centuries has helped preserve his now hallowed ground.

Today Confucius’s temple, cemetery, and family mansion are UNESCO World Heritage sites as well, as popular tourist and pilgrimage destinations. The Temple of Confucius was built shortly after the sage died in 479 B.C. and has evolved to become a 50-acre complex. A poignant symbol of the status of this revered “uncrowned king” — as his disciples referred to him —is that the glazed tiles forming the roof of his temple are yellow, a color usually reserved for the emperor.

Peasant farmers were the core of Chinese agricultural society. Their lives were brutally hard. “Through all four seasons they never get a day off ... No matter how hard they work, they can be ruined by floods or droughts, or cruel and arbitrary officials ... They are forced to sell their fields and houses, even their children and grandchildren, to pay their debts,” reported Han dynasty official Chao Cuo in 178 B.C.

By Han times, peasants had plows with iron tips and were aided by oxen and donkeys. But taxes were grinding, and farmers also had to perform mandatory government labor. Their shrinking farms were divided among multiple heirs. Banditry and rebellion began to take hold, and peasant uprisings were a threat into the 20th century.