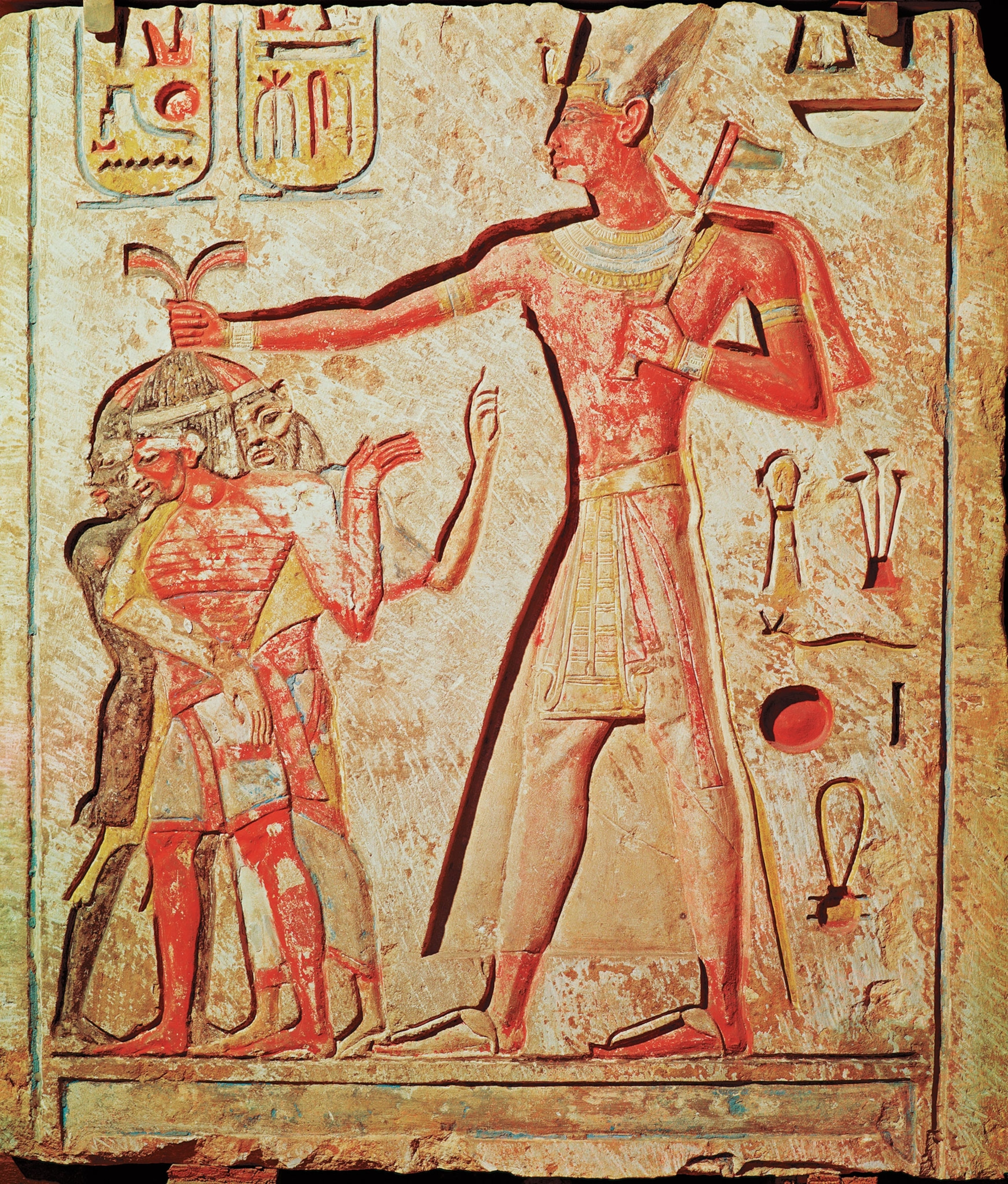 Who was Ramses II?

What makes a king mighty? Ramses II (ca 1303–ca 1213 B.C.) recognized that diplomacy and an exhaustive public relations campaign could mitigate any military shortcomings. His celebrated building accomplishments, including the marvels at Karnak and Abu Simbel, reflected his vision of a great nation and of himself as the “ruler of rulers.” He erected more monuments and statues—and sired more children—than any other pharaoh. As a result, he has long been regarded by Egyptians as Ramses the Great and his 66-year reign is considered to be the height of Egypt’s power and glory.

It was Ramses II’s grandfather—Ramses I—who had elevated their commoner family to the ranks of royalty through his military prowess. Ramses II’s father, Seti I, secured the nation’s wealth by opening mines and quarries. He also fortified the northern frontier against the Hittites, a tribe out of modern-day Turkey. When 14-year-old Ramses II ascended the throne, the Hittites saw an opportunity to test the young king and his empire’s northern border. They invaded and took over the important trading town of Kadesh in modern-day Syria.


Ramses II led his forces to recapture Kadesh, but he was duped by spies into thinking the Hittites were far from the Egyptian camp. Instead, they were lying in wait nearby and attacked. The Egyptians were on the brink of defeat when reinforcements arrived just in the nick of time. Ramses II won that battle but he did not win the war. (Was Ramses II the Pharoah who challenged Moses?)

The Ancient Egyptian civilization, famous for its pyramids, pharaohs, mummies, and tombs, flourished for thousands of years. But what was its lasting impact? Learn how Ancient Egypt contributed to society with its many cultural developments, particularly in language and mathematics.

His battered troops withdrew from Kadesh, but Ramses wasn’t about to let a little truth tarnish his perceived triumph. On temple walls across Egypt, he ordered the creation of murals depicting him single-handedly defeating the aggressors. In reality, after years of negotiation, Ramses II eventually signed a peace treaty with the Hittites. It was the earliest peace accord whose text has survived. Among its articles, both sides agreed to extradite refugees and not exact retribution after their return. Further, they agreed to aid one another if attacked by foreign or domestic enemies. One copy of the treaty, in hieroglyphics, was carved on a stela in the temple of Karnak. A second copy, written in Akkadian on a clay tablet, was discovered in Turkey in 1906. The significance of this peace treaty is reflected in the fact that a replica of the tablet is on display at the United Nations headquarters in New York.

LIVING UP TO HIS GREATNESS


As a sign of diplomatic good faith, Ramses II married the eldest daughter of the Hittite king. She joined him, Nefertari (his chief queen), and his enormous family—he sired more than a hundred children—at his new capital, Per Ramessu, aptly, though audaciously, named after himself. (See inside the wedding of Ramses II and the Hittite princess.)


The wealth of Ramses II’s reign is evident in his opulent building campaign, the largest undertaken by any pharaoh. The temples at Karnak and Abu Simbel are among Egypt’s greatest wonders. His funerary temple, the Ramesseum, contained a massive library of some 10,000 papyrus scrolls. He honored both his father and himself by completing temples at Abydos.


For all of Ramses II’s efforts to ensure his legacy would live on, there was one testament to his power he could not have foreseen. After his death, nine subsequent pharaohs took his name upon ascending the throne, solidifying his stature as “the great” among Egypt’s rulers. (Read why the mummy of Ramses II was issued a modern passport.)

Please be respectful of copyright. Unauthorized use is prohibited.
An elevated view of the Ramses temple and the Nile shoreline.
Photograph by David Boyer, Nat Geo Image Collection

Ramses II wanted there to be absolutely no question which pharaoh had built the magnificent temple at Abu Simbel. At its entrance, four 60-plus-foot-tall seated statues of him serve as sentries. Dedicated to the sun gods, the temple extends 185 feet into its cliff via a series of three towering halls. Scenes depict Ramses II at the Battle of Kadesh as well as the pharaoh and his principal wife, Nefertari, making offerings to the sun gods. Ramses ordered a second, smaller temple built nearby for Nefertari.

Because of its remote location, Abu Simbel went undiscovered until 1813. In 1959, when the construction of the Aswan High Dam threatened to flood the site, UNESCO embarked on an unprecedented, 20-year rescue effort that relocated both Abu Simbel temples—stone by stone—to higher ground some 200 feet farther up the cliff.

Among the more than 100-plus offspring of Ramses II, Prince Khaemwaset truly stands apart. He held the prestigious post of high priest of Ptah, the patron god of Memphis. Bas-reliefs depict him in his important duty of tending the tomb of Ptah’s sacred Apis bulls in the underground complex known as the Serapeum.

Khaemwaset’s larger legacy is his groundbreaking role as one of the first known archaeologists. He was entranced by the thousand-year-old landmarks from the Old Kingdom that surrounded him in Memphis. He inspected and restored several temples and pyramids. At each restoration, he inscribed the names and titles of the building’s original “owners,” as well as his and his father’s names. A millennium after his death, he was revered as a scholar and featured in a series of stories about his accomplishments.