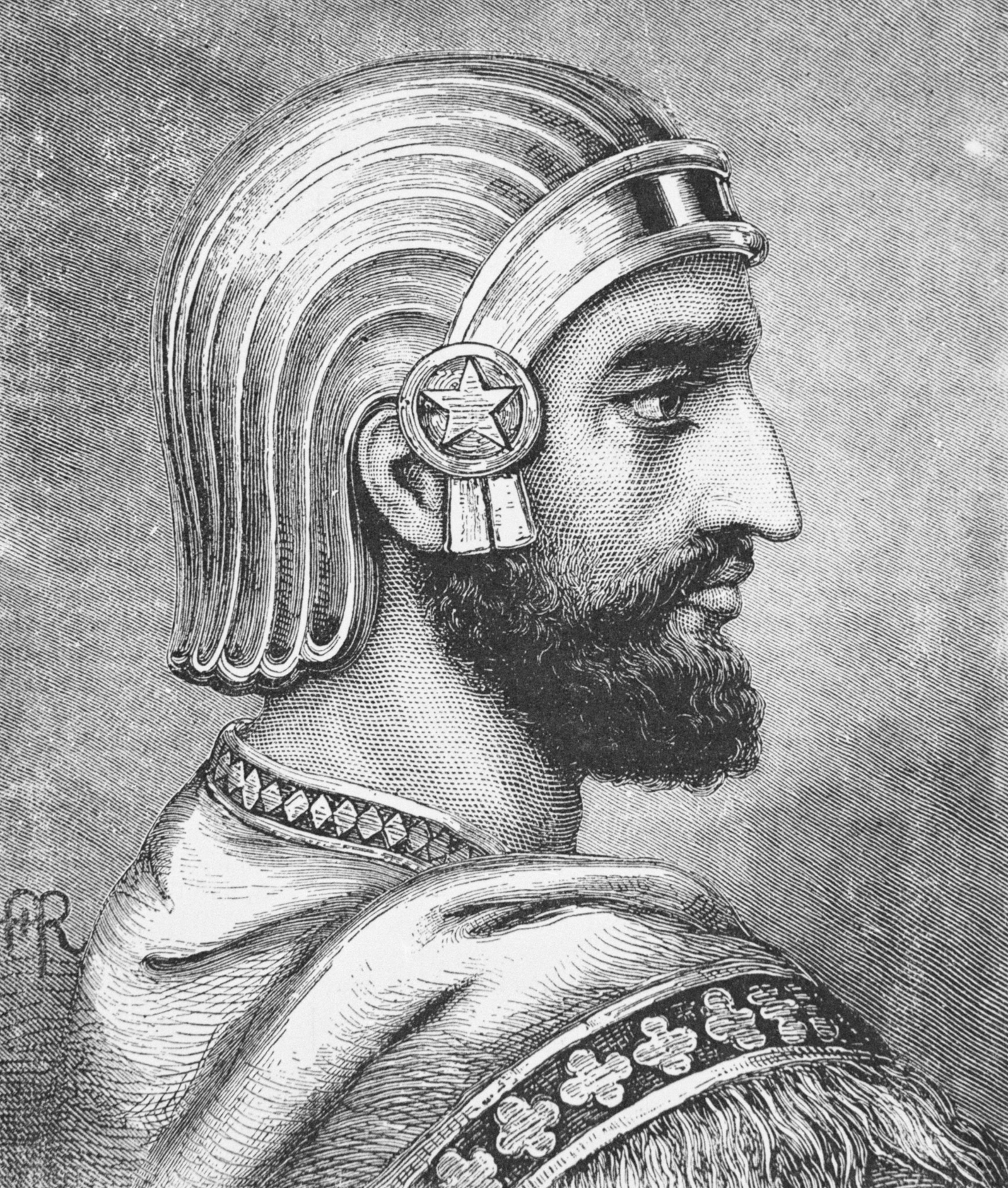 Who was Cyrus the Great?

Cyrus went down in history as one of the most benevolent conquerors of all time, allowing his subjects to live—and worship—as they pleased.

Engraving of Cyrus the Great. Cyrus governed with singular tolerance and mercy; his rule has been heralded through the ages.
Illustration by Bettmann, Getty

Like many ancient rulers, the Persian conqueror Cyrus the Great (ca 590– ca 529 B.C.), also known as Cyrus II, was born of royalty. On the death of his father, Cambyses I, Cyrus ruled the Achaemenid dynasty and expanded his ancestral realm into a mighty empire. He triumphed not just through conquest, but also by showing singular tolerance and mercy to those he defeated.

A brilliant military strategist, Cyrus vanquished the king of the Medes, then integrated all the Iranian tribes, whose skill at fighting on horseback gave his army great mobility. His triumph over Lydia, in Asia Minor near the Aegean Sea, filled his treasury with that country’s tremendous wealth.

Ancient Mesopotamia proved that fertile land and the knowledge to cultivate it was a fortuitous recipe for wealth and civilization. Learn how this "land between two rivers" became the birthplace of the world's first cities, advancements in math and science, and the earliest evidence of literacy and a legal system.

After conquering lands surrounding Mesopotamia, Cyrus closed in on Babylon. Disgruntled over imposed forced labor and the demotion of their city’s patron deity, Marduk, Babylonians turned against their king and saw no reason to oppose Cyrus, who was known to spare those who yielded to him. In 539 B.C. they opened their gates to the Persians, who entered the city “in peace, amidst joy and jubilation,” according to an inscription touting Cyrus’s triumph.

He honored his subjects and cared for them as if they were his own children and they, on their part, revered Cyrus as a father.
ByXenophonauthor of Cyropaedia

A man of mercy

The benevolent nature of Cyrus’s reign took many forms. He placated the formerly powerful Medes by involving them in government. He adopted habits of dress and ornamentation from the Elamites. Across his conquered lands, he returned images of gods that had been seized in battle and hoarded in Babylon. And in Babylon itself, he publicly worshipped the city’s revered Marduk.

Cyrus’s most renowned act of mercy was to free the captive Jews, whom Nebuchadrezzar II had forced into exile in Babylon. Cyrus allowed them to return to their promised land. The Jews praised the Persian emperor in scripture as a savior to whom God gave power over other kingdoms so that he would restore them to Jerusalem and allow them to rebuild their Temple.

Cyrus the Great died around 529 B.C., while campaigning against defiant nomadic tribes around the Caspian Sea. One measure of his greatness was the esteem in which he was held in later years by the Greeks, despite the bitter wars they waged against his Persian successors. More than 150 years after Cyrus’s death, the Greek author Xenophon memorialized the ruler in his work Cyropaedia.

“He honored his subjects and cared for them as if they were his own children,” Xenophon wrote, “and they, on their part, revered Cyrus as a father.”

Those words served as inspiration for at least one of America’s Founding Fathers: Thomas Jefferson owned not one but two copies of Cyropaedia.

Equally high praise for Cyrus’s legacy is found in modern times, at the United Nations headquarters in New York City. There on display is a replica of what’s called the Cyrus Cylinder. Written in Babylonian cuneiform around the time of Cyrus’s conquest of the city—and unearthed in its ruins by British archaeologists in 1879—the cylinder chronicles Cyrus’s numerous acts of mercy. It describes his willingness to let conquered subjects retain their traditions, a practice unheard of in a time when rulers “owned” not only the conquered lands but also the people living in them. The cylinder is generally regarded as “the first bill of human rights,” and Cyrus’s reign exemplary for ruling with pluralism and tolerance.

Please be respectful of copyright. Unauthorized use is prohibited.
The Temple Mount and Dome of the Rock in Jerusalem.
Photograph by Shutterstock, Nat Geo Image Collection

Judaism is the oldest surviving monotheistic religion, with roots dating to the second millennium B.C. Nothing was more important to the Jews than their faith, which was founded on the concept of a covenant between themselves and God. They described the history of this relationship in the Torah, the first five books of the Hebrew Bible.

According to the Torah, God promised the lands of Canaan to his Chosen People, the Israelites, a Semitic tribe whose origins traced back to the patriarch Abraham. They founded the kingdom of Judah, and established Jerusalem as its capital sometime around 1000 B.C. The great Temple of Jerusalem was destroyed by Nebuchadrezzar II around 587–586 B.C. After Cyrus freed the Jews from exile in Babylon in 538 B.C., they returned to Jerusalem to rebuild their temple and spiritual homeland.

One of Cyrus’s many conquests was the kingdom of Lydia in Asia Minor. Among ancient rulers, few were as rich as Croesus. His realm contained large deposits of electrum, an alloy of gold and silver, which he used to produce coins—a practice that had originated in Lydia and Greece a century or so before Croesus took power around 560 B.C. His wealth made him the subject of legend.

According to the Greek historian Herodotus, Croesus met the wise Athenian ruler Solon and asked if wealth did not ensure happiness. Solon replied, “He who possesses great stores of riches is no nearer happiness than he who has what suffices for his daily needs.” Herodotus viewed Cyrus’s defeat of Croesus as proof that wealth does not guarantee fulfillment.