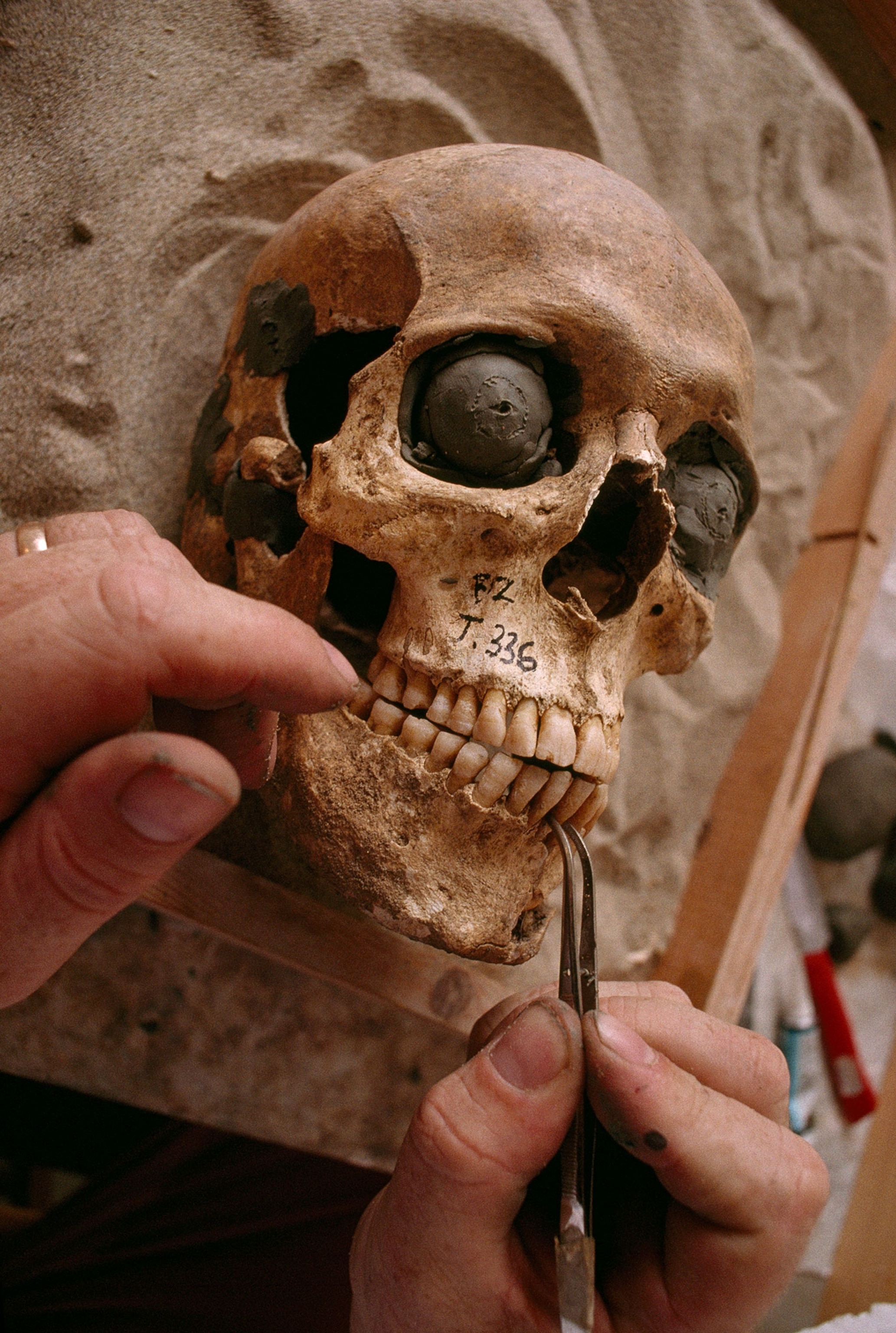 Where you grew up, what you ate—your bones record your life

The teeth on this skull from ancient Greece indicates that the individual suffered from high fevers as a child.
Photograph by Sisse Brimberg, Nat Geo Image Collection

What’s on your plate? The answer doesn’t just matter for your next dinner—it’s an issue of critical importance to archaeologists, who can infer everything from individual diets to large-scale population movements based on the chemistry of an ancient bone sample. Stable isotope analysis, the study of the nuances of elements in archaeological materials, can unlock all sorts of secrets about climate, diet, and the geographical origins of bones and other materials.

Stable isotopic analysis looks at the isotopes—atoms with extra or missing neutrons—of different elements. Unlike unstable isotopes such as carbon-14, which degrades over time, stable isotopes never decay. There are over 250 known stable isotopes, and 80 of the periodic table’s first 82 elements have them. Both organic and inorganic compounds contain these isotopes, and their ratios relative to one another act like a signature. (Learn how carbon isotopes help date ancient objects.)

How 3-D Imaging Helps Archaeologists Preserve the Past

Archaeologists Luis Jaime Castillo and Carlos Wester are determined to protect the cultural heritage at the pyramid complex of Chotuna-Chornancap, which was built by the Sicán, or Lambayeque, over a thousand years ago on the north coast of Peru. Using photography to produce 3-D models of the excavations and where water damage might occur allows them to help preserve the sites.

In the 1970s, archaeologist Nikolaas van der Merwe uncovered a skeleton that did not look like the others at the South African site he was excavating. Together with isotope physicist John Vogel and paleoanthropologist Philip Rightmire, he decided to apply new scientific techniques with isotopes to the skeleton. The analysis revealed the ancient human had a different diet from others discovered during the excavation, which suggested previously unsuspected interactions between hunter gatherers like the people uncovered at the site and farmers in the region.

Van der Merwe and Vogel went on to use stable isotope analysis on archaeological materials from the United States to show that maize had been introduced in the Eastern Woodland region of North America around 1,000 A.D.

Isotope signatures are extremely useful for researchers. For example, plants absorb stable carbon-12 and carbon-13 isotopes, which have a consistent ratio to one another in Earth’s atmosphere. That ratio is passed on to plants through the soil and water they absorb. During photosynthesis, the amount of water, sun, and other factors changes the plants’ carbon isotope ratio. (Weigh the pros and cons of different archaeological dating methods.)

There are three categories of carbon ratios for plant photosynthesis: C3, C4, and CAM. Each tells researchers something about where the plants were cultivated and what kinds of environmental conditions they endured. As plants are ingested by animals, they become part of their bodies. In turn, analyzing the amount of carbon in animal hair, teeth, and bones shows the ratio of carbon isotopes contained in the plants they consumed.

That can reveal their photosynthesis types, which points to what kinds of plants an organism ate and which environmental conditions created them. Isotopes can also point to weather conditions sustained by an individual (people who live in arid environments, for example, contain more nitrogen-15) or suggest how populations moved.

Other isotopes reveal all sorts of information about archaeological materials. Strontium isotopes are absorbed into teeth during their creation, creating a snapshot of sorts of where an individual lived during their childhood. But bone cells turn over constantly, gathering strontium signatures that reflect where individuals lived later.

Comparing the two can reveal movement over an individual’s lifespan or show that an individual wasn’t born at the site at which they were recovered. And nitrogen isotopes can reveal how old a child was when he or she started eating solid foods. (How archaeologists use tree rings to determine the age of ancient settlements and artifacts.)

Stable isotopes are now used to study everything from bones to food residues on pots. They can also be used to identify the source of different metals.

But isotope analysis isn’t a silver bullet—it’s expensive, the technique does not work on materials that have been burned, and contamination must be carefully avoided. And the older the specimen, the less that can be inferred from it, since bone collagen breaks down after about 50,000 years. Still, atoms can tell plenty about the origins and behaviors of the people whose burial sites have become archaeological digs.