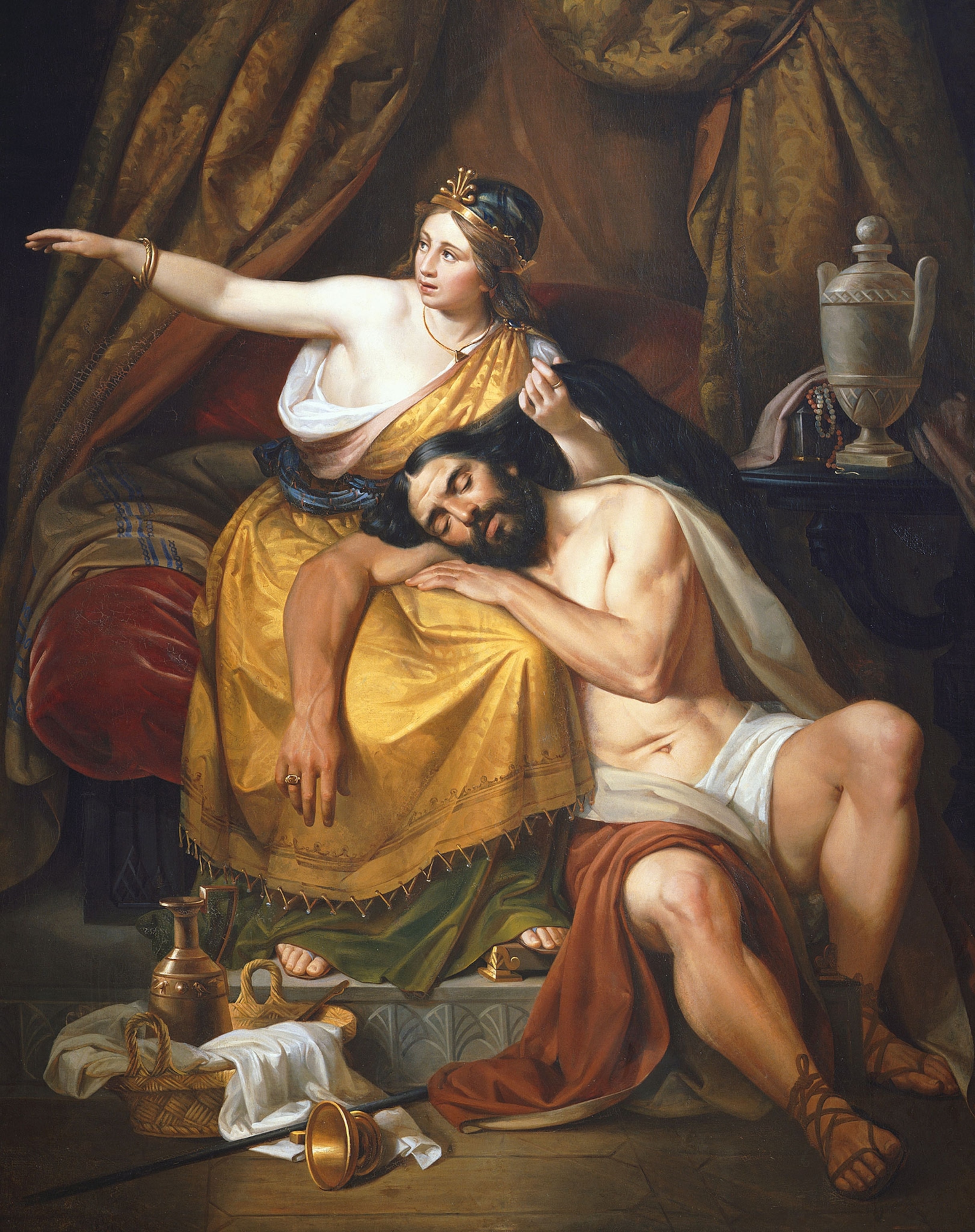 Was Samson’s true weakness his hair or Delilah?

Samson’s true love and downfall, Delilah, was sent by the Philistines to destroy him. With his heart on the line, Samson lost his hair and strength.

Mexican artist José Salomé Pina captures Delilah’s betrayal in his painting from 1851. “After putting him to sleep on her lap, she called for someone to shave off the seven braids of his hair, and so began to subdue him,” reads Judges 16:19.
Image by Gianni Dagli Orti, REX/Shutterstock
National Geographic explores notable biblical figures in our ongoing series People in the Bible, as part of our coverage of the history of the Bible and the search for sacred texts.

Samson was born in the village of Zorah. As he grew up, he became a man of almost superhuman strength. Once, while visiting a Philistine girl from the village of Timnah, he killed a lion with his bare hands. Samson wanted to marry the girl, despite his parents’ misgivings about their son marrying outside his tribe. Samson persisted and staged a great wedding feast, but it ended with a violent fight. The bride was married to someone else (Judges 14:19-20).

Samson’s weakness for beautiful Philistine women soon drove him into the arms of Delilah. The Philistines offered her a large sum of money if she could discover the source of Samson’s strength. Samson, suspecting what was afoot, fed her several false leads, frustrating the Philistine plots. (Read why human evolution favored brains over brawns.)

At long last, Delilah demanded that he reveal the secret. Samson confessed that he would lose his strength “if my head were shaved” (Judges 16:15- 17). While he slept, the faithless Delilah brought in a Philistine who cut Samson’s hair, draining his strength. The Philistines took him prisoner, gouged out his eyes, and forced him to work as a draft animal, turning a mill in a Gaza prison. (See how prehistoric women had stronger arms than modern athletes.)

Samson’s hair gradually grew back. One day, the Philistines held a ceremony in their temple devoted to the god Dagon. The assembly clamored to see Samson, and so he was brought out and tied between two pillars. As the crowd around him jeered, Samson prayed to God for a restoration of his powers, “only this once.” God granted his request; Samson pushed the pillars and brought down the temple roof, killing all those inside, including himself (Judges 16:30).