This giant chunk of ice could break off Antarctica any day

Two cracks on the Brunt Ice Shelf are creeping closer to each other. When they intersect, an iceberg twice the size of New York City will slide into the ocean.

A chunk of ice more than twice the size of New York City could break off from Antarctica’s Brunt Ice shelf essentially at any moment.

Two large cracks in the shelf have been inching further open over the past few years. When they finally intersect, a berg about 660 square miles wide and almost 500 feet thick will be released into the ocean—where it will eventually melt, joining its brethren in adding more water to the world’s oceans and pushing global sea levels a tiny bit higher. 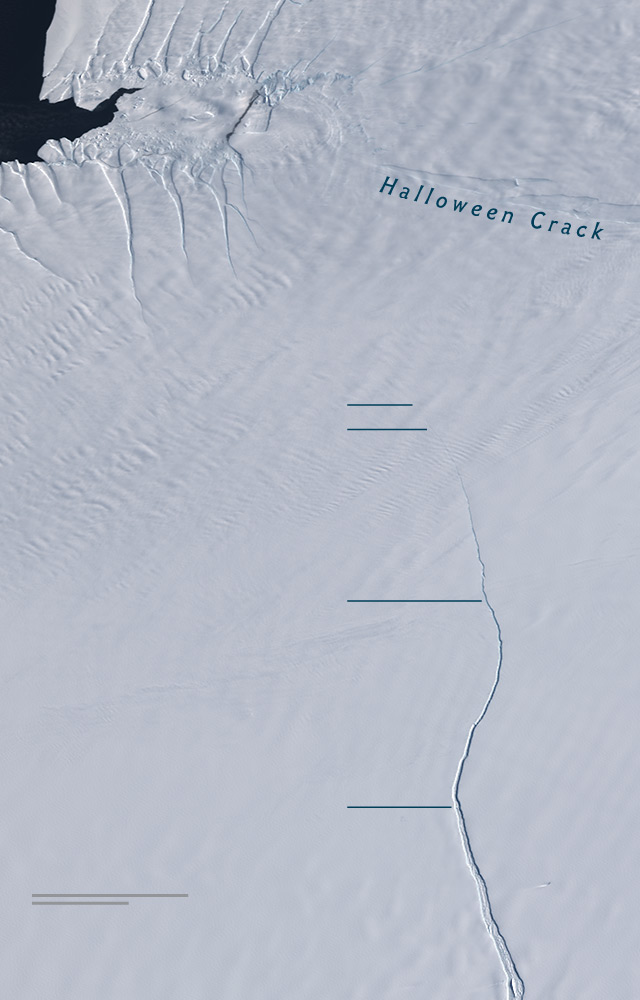 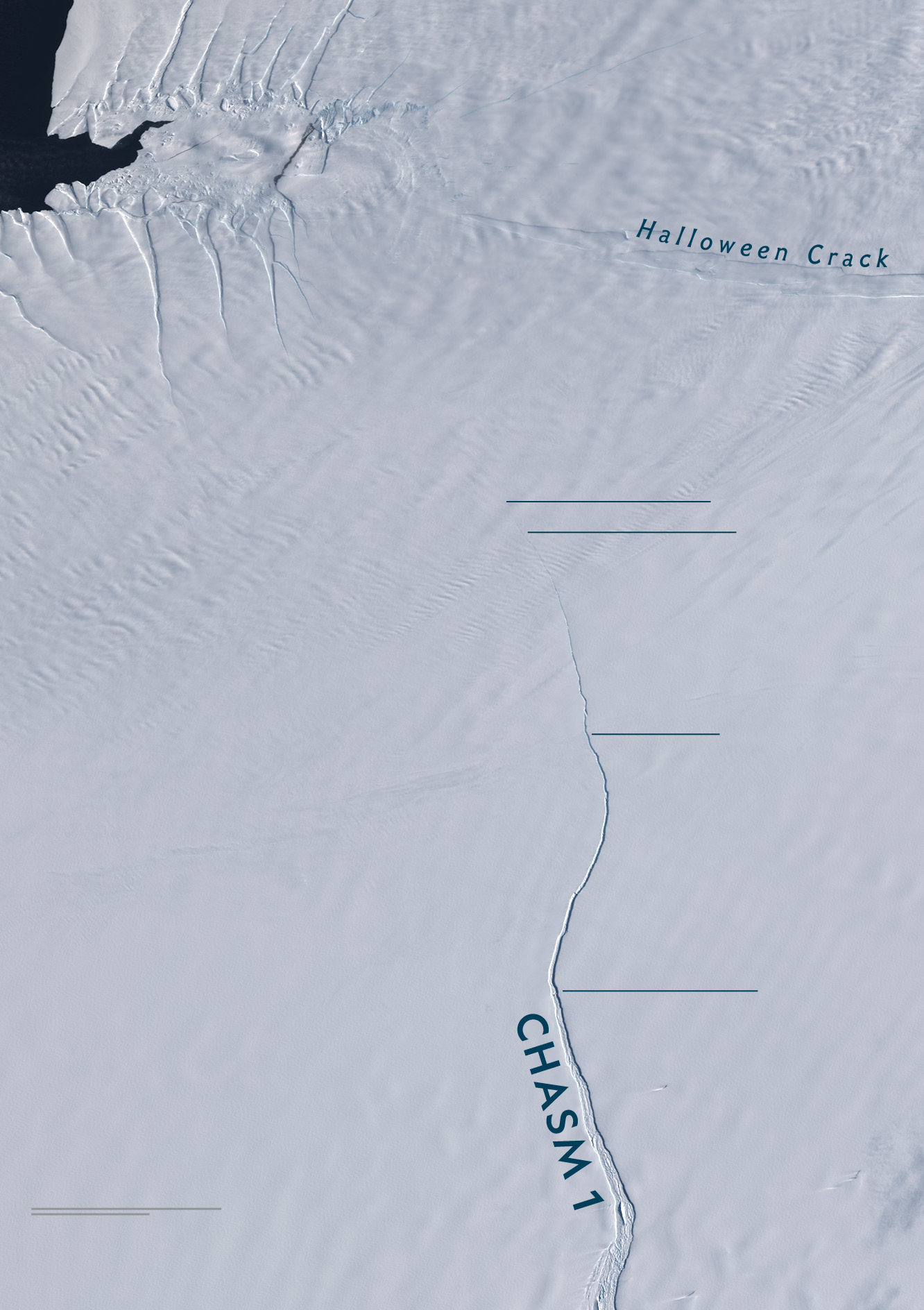 It’s no surprise that the giant berg would eventually break off: The Brunt Ice Shelf is one of the most carefully monitored ice tongues in the world, because it’s the site of the Halley Research Station, a major center for the British Antarctic Survey’s research activities in the region. But no one knows exactly when the berg will dislodge.

Nor is the berg the biggest to break off Antarctic ice sheets in recent years. That prize goes to a Delaware-sized chunk (something like 2,240 square miles) that peeled off the nearby Larsen-C ice sheet in 2017. But this hunk is nothing to sneeze at.

Unlike the dramatic ice break-ups observed over the past few years on the Antarctic peninsula, though, this calving event is not likely driven by warming air or seas.

“The Brunt ice shelf is relatively far south compared to the ice shelves that have calved dramatically on the Antarctic Peninsula,” says Oliver Marsh, a glaciologist at the British Antarctic Survey in Cambridge, England, and the extra-warm air temperatures that have toasted that region haven’t had such a dramatic effect at Brunt yet. “This calving event is just part of a natural cycle.”

(See exclusive photos of another giant iceberg breaking away from Antarctica).

The first fault line on the Brunt Ice Shelf, called Chasm 1, has been in place for over 35 years (glaciologists call breaks in the ice sheet that extend all the way from surface to the ocean below “chasms,” while shallower faults are called “cracks” or “crevasses”). It remained relatively stable until 2012, when surveyors noticed that it starting to grow again, creeping across the wide tongue of ice that protruded out over the ocean. Now, it’s extending outward in fits and starts, growing by a few hundred meters each week, on average. 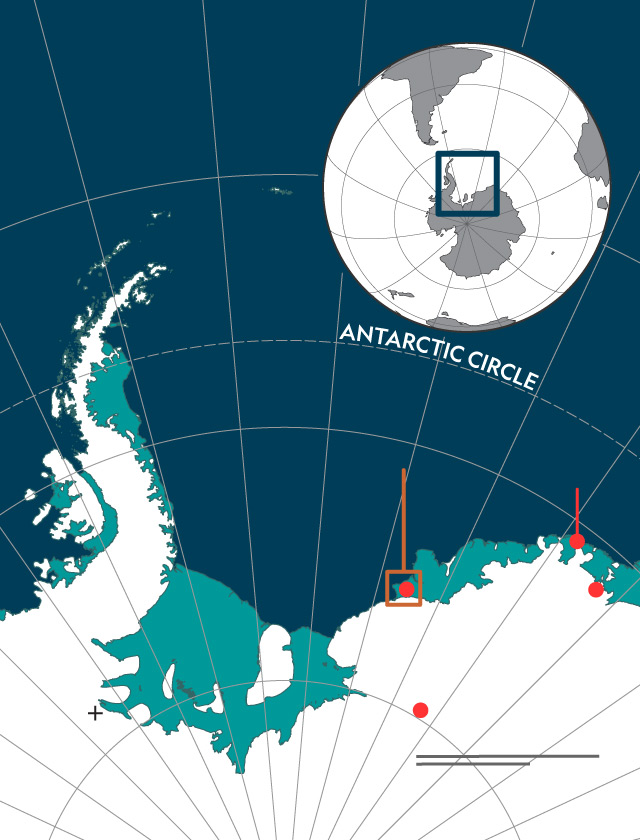 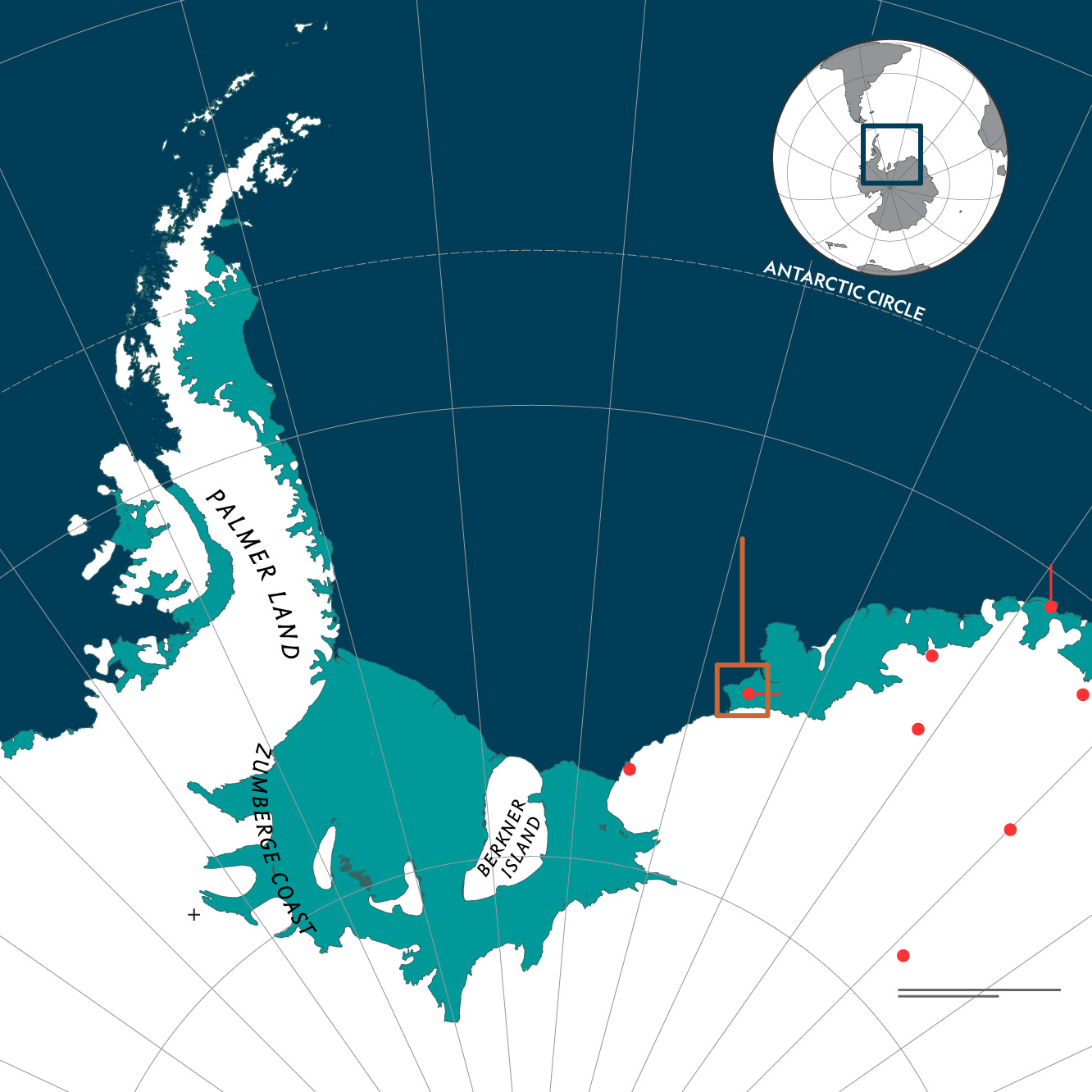 The second break point, near the top of the image and first observed in 2016, is known as the Halloween crack. The crack is upstream from a set of crinkles, visible from the satellite photos, called the McDonald Ice Rumples. The rumples form when the bottom of the ice shelf, which flows downhill toward the ocean like very slow putty, runs up against an underwater ridge. That ridge pins the ice in place and slows its flow, forcing ice upstream to pile up, fold, crinkle, and sometimes crack.

The end of Chasm 1 is currently about 2.5 miles away from the ice rumples. Sooner or later, the two cracks are likely to intersect. When they do, a monster berg will begin its slow float away from the continent. Alternatively, says Marsh, the stresses on the ice shelf could force Chasm 1 to take a turn toward the ocean. The overall result would eventually be the same—that a berg breaks off—but the timeline for that break-up would change.