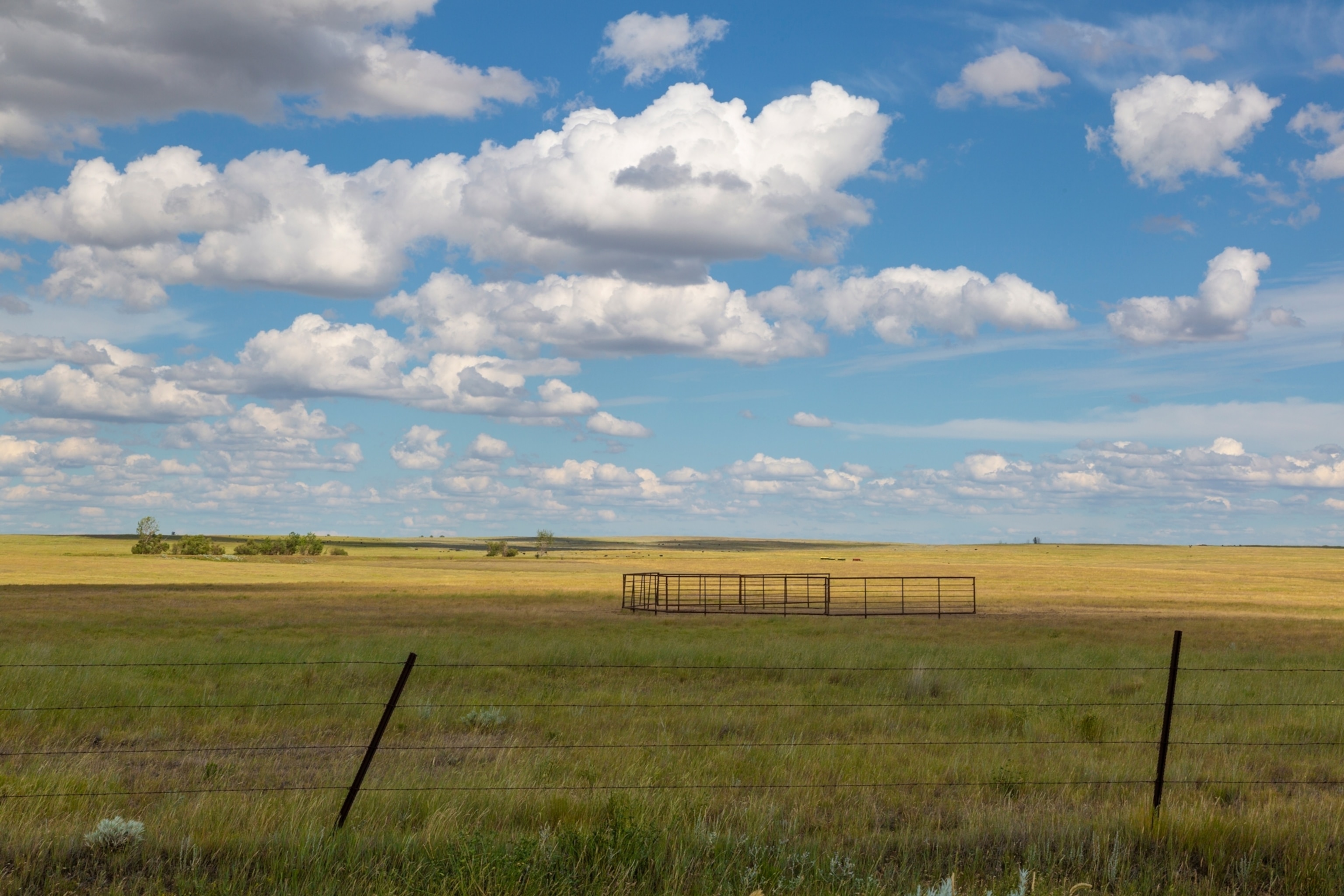 The U.S. commits to tripling its protected lands. Here’s how it could be done.

In an executive order issued on January 27 to address the climate crisis, President Joe Biden ordered a pause on new oil and gas leases on public lands and created a White House office of environmental justice. He also quietly committed his administration to an ambitious conservation goal—to protect 30 percent of U.S. land and coastal seas by 2030.

That target, referred to as “30 by 30” by the conservation community, is backed by scientists who argue that reaching it is critical both to fighting climate change and to protecting the estimated one million species at risk of going extinct.

The U.S. is currently conserving around 26 percent of its coastal waters but only about 12 percent of its land in a largely natural state, according to the U.S. Geological Survey.

To reach the 30 by 30 target will require conserving an additional area twice the size of Texas, more than 440 million acres, within the next 10 years. The White House has yet to specify who will oversee the initiative at the federal level and which lands and waterways might be prioritized.

Conservation scientists who have been advocating the idea for years, however, say the secret to pulling it off will be making decisions based on sound science, avoiding shortcuts, and ensuring voices from those most impacted, like rural voters and American Indian tribes, are heard. Biden’s order promises to engage a broad range of stakeholders, including local governments, in the process.

“The conservation crisis is as important as the climate crisis,” says Tom Cors, government relations director for land at the Nature Conservancy. He describes the decision to tackle 30 by 30 as both “daunting and heartening.”

What is it exactly?

International bodies have been setting conservation targets for decades, but scientists have long debated how much nature is enough.

In a book published in 2016, the renowned biologist E.O. Wilson introduced his idea of “half Earth,” arguing that protecting half the planet would save as many as 90 percent of imperiled species.

The movement was energized by Swiss philanthropist Hansjörg Wyss, who donated a billion dollars to launch the Wyss Campaign for Nature, an initiative devoted to achieving 30 by 30. In late 2018, several large conservation organizations, including the nonprofit National Geographic Society, published a statement calling for 30 percent of the planet to be sustainably managed by 2030 and 50 percent to be sustainably managed by 2050.

The 2030 target outlined by nonprofit groups then had three core objectives: to conserve species threatened by development, to protect ecosystems that offer services like storing carbon, and to restore degraded habitats.

So how do we get there?

Currently, the federal government owns about 640 million acres of land, about 28 percent of all the land in the U.S. But most of it isn’t managed in a way that meets the 30 by 30 standard, in part because resources are regularly extracted from a lot of it. Fossil fuels extracted from federal lands and U.S. waters contribute nearly a quarter of the country’s carbon dioxide emissions.

Biden’s executive order also places a moratorium on all new federal oil and gas leases; existing leases are not expected to be impacted. But a drilling ban alone is not enough to convert land into a biodiversity haven, advocates say.

“If the federal government says ‘we banned oil and gas, now it’s conserved,’ a lot of the conservation community will be unsatisfied,” says Justin Brashares, a wildlife ecologist at the University of California, Berkeley.

“They favored places that were productive and had good soil, forests, healthy grasslands, and so forth, and that weight of historical preference for areas that are richer means by and large our public lands have not ended up being where most of the biodiversity is in our country,” he says.

Meeting the 30 by 30 target will require improving conservation on land that’s now in private hands. Around 70 percent of land in the U.S. is owned by individuals or companies.

“We need private landowners, livestock producers, and tribes,” says Brashares. “Let’s identify a geography and let that lead us to the table and see what levers we can pull.”

As far as federal land goes, however, one of the quickest levers the Biden Administration can pull is creating and restoring national monuments. The Antiquities Act grants the president the authority to designate monuments on land or sea, and unlike national parks, they don’t have to be approved by Congress.

Former President Donald Trump, however, withdrew some two million acres from Bears Ears and a nearby monument, Grand Staircase-Escalante, and opened the New England marine monument to fishing.

Restoring those monuments is one of the first actions toward 30 by 30 that President Biden can take. He began the 60-day review process to restore the two Utah monuments on his first day in office.

“Certainly [restoring] Bears Ears and Grand Staircase are at the top of the list,” says Aaron Weiss, the deputy director at the Center for Western Priorities. “Those are low-hanging fruit.”

(Read more about what it will take to restore the Utah monuments.)

Additionally, the National Park Service has long identified more than 11,000 tracts of land it would like to purchase near park boundaries, comprising a total of 1.6 million acres. That backlog would cost an estimated $2 billion.

Even if the park service acquired all of it, though, it would barely put a dent in the more than 400 million additional acres required to conserve 30 percent of U.S. lands.

About two-thirds of species listed on the U.S. endangered species list are found on privately owned lands, and around half of the country’s forests considered usable for carbon storage sit on private property.

While experts hope for a White House point person, such as National Climate Advisor Gina McCarthy, to oversee the initiative across federal agencies, successfully executing it will require giving local stakeholders seats at the table early on.

In a study published in February 2020, researchers looked at how rural U.S. voters influence conservation. While many voters understood the need for environmental regulations, they hesitated to offer their full support when they felt regulations were being done “to” them and not with them, says Emily Diamond, one of the study’s authors.

For 30 by 30 to work, “the more local, the better,” Diamond says. “Rural communities have the most trust for state and local governments.”

Incentives like conservation easements would allow landowners to keep their property and receive tax breaks or payments in exchange for giving up development rights.

Tribal governments also “need to be in the driver’s seat when it comes to this initiative,” says Raina Thiele, an alumna of the Obama White House who facilitates conversations among tribes.

Currently, there are about 56 million acres of tribal lands held in trust by the Bureau of Indian Affairs. Most of that land, says Thiele, would not be counted in the 12 percent of U.S. land that is considered protected.

Historically, she says, conservation groups have equated human-free wilderness with protection, leading to tribes being pushed out of large parks like Yellowstone and Yosemite.

Now, she says, “they need to be the stewards of the land, as they have for thousands of years. In the indigenous lifeway, the environment and people are one.”

“I think 30 by 30 is exciting for many tribal leaders,” says Thiele. “It offers an opportunity to refrain from the traditional conservation model and favor one that’s more respectful and better for diversity.”

For now, it remains mostly unclear where the extra two Texas’ worth of well-conserved land needed to meet the 30 by 30 target will come from—and how it will be paid for.

“There is no secret plan here. There is no list,” says Tracy Stone-Manning, associate vice president for public lands at the National Wildlife Federation.

A comprehensive estimate of what the initiative will cost has yet to be circulated. In addition to the twobillion-dollar land acquisition backlog, the National Park Service, Forest Service, Fish and Wildlife Service, and Bureau of Land Management already have a combined backlog of maintenance projects estimated to cost over $19 billion.

The Great American Outdoors Act, passed last year, fully funded the Land and Water Conservation Fund to the tune of $900 million a year—considered progress but not nearly enough to satisfy some conservationists.

“The number we celebrated last year, $900 million, is a 1978 number,” says the Nature Conservancy’s Cors. Adjusted for inflation, he says, “We should have been going for $3.4 billion.”

Conservation experts are hopeful that 30 by 30 will be a bipartisan effort, as the Great American Outdoors Act was. That remains to be seen—along with all the details.

“I think as this announcement rolls out, people are going to want to dive into the weeds of what it means,” Stone-Manning says, “but they can’t forget the scale of ambition the president is asking us to consider. It’s going to be hard work.”