Was the assault on the Capitol really ‘unprecedented’? Historians weigh in

Tear gas swirls around the mob of Trump supporters swarming the U.S. Capitol on the day Congress was to certify electoral votes in the Presidential election.

The horde of rioters breaking into the U.S. Capitol and wreaking havoc in its somber halls as Congress was preparing to certify the results of the presidential election certainly shocked people in the United States and around the world.

But was this incident unprecedented? Not necessarily, historians say.

The number of protests with more than 10,000 participants with a goal of removing a politician has grown over the past few decades. 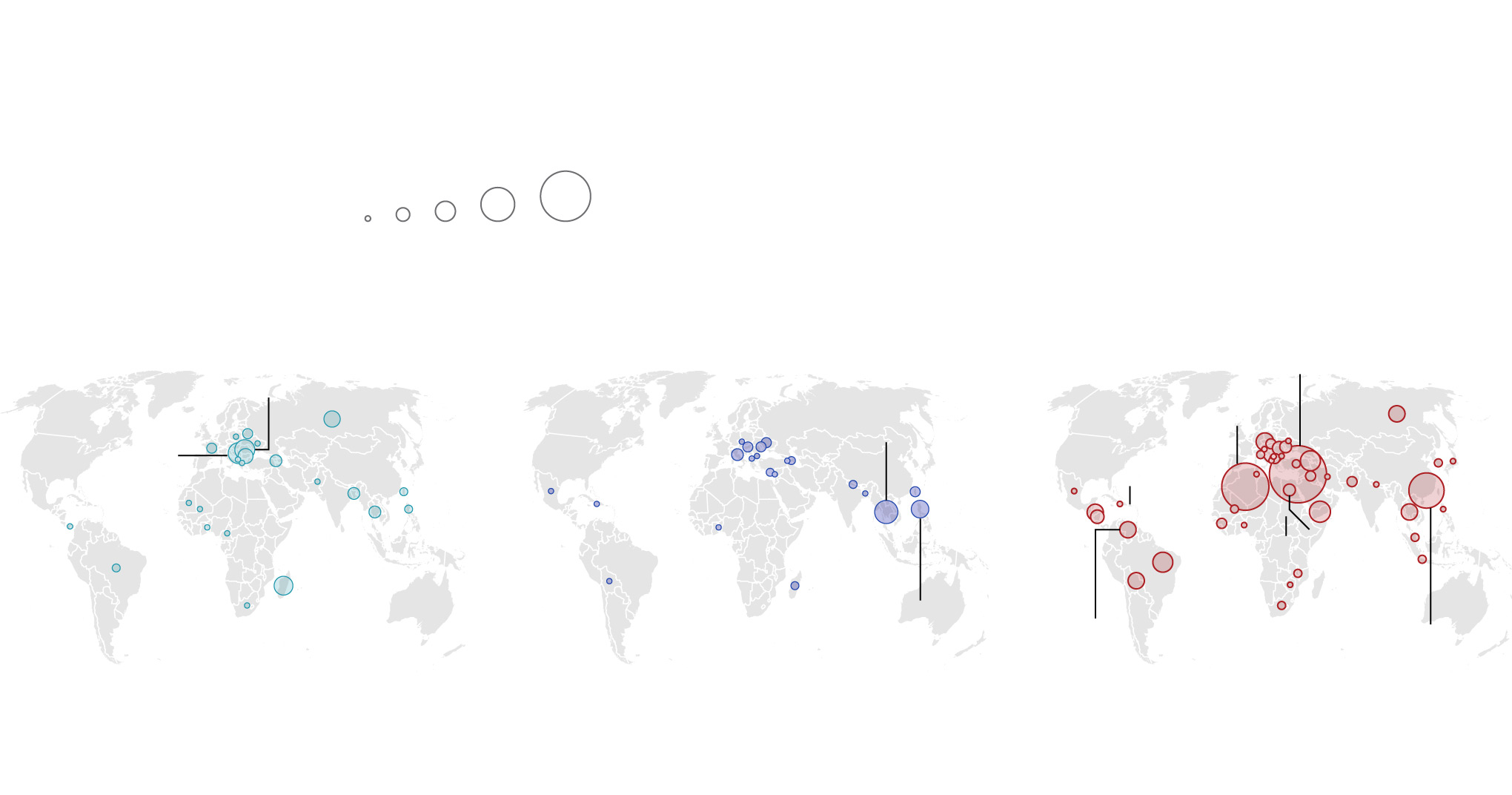 Mass mobilizations around the world

The number of protests with more than 10,000 participants with a goal of removing a politician has grown over the past few decades.

More than 300 historians and constitutional scholars—including Ron Chernow, Taylor Branch, and Stacy Schiff—have signed a letter calling for Donald Trump's impeachment, stating that the outgoing president "has violated his oath of office to preserve, protect and defend the Constitution of the United States."

“This mob action was unprecedented in its specifics,” says Eric Foner, a historian at Columbia University, who has written extensively on the Civil War and its long aftermath. “In other ways, it is not unprecedented at all. It represents something deeply rooted in the American experience, which is actually hostility to democracy”—a hostility that he and other historians link to the country’s fraught history of racial suppression.

(Inside the Capitol: ‘It was the ugliest moment I have ever seen in America.’)

The historic echoes accompanying this week’s events are uncomfortably loud. The electoral procedure that Congress was following as crowds breached the barricades stems from a compromise reached over the contentious presidential election of 1877—a compromise that made Rutherford B. Hayes president, ended Reconstruction, and ushered in Jim Crow segregation.

“What I worry about is the moment that we’re in now looks very familiar,” says Daina Ramey Berry, a historian at the University of Texas at Austin and co-author of A Black Women’s History of the United States. The factions and complaints are similar, she says, “and it’s couched in the language of freedom and patriotism—as if not all Americans are happy and proud to be American.”

The thread that connects present events to the past concerns creates the question of who gets to participate in democracy, says Kevin Kruse, a historian at Princeton University, who specializes in political and cultural history and signed the impeachment letter. “In the wake of Reconstruction, there was a belief that Black votes were inherently illegitimate. That was a basis of claims of electoral fraud back then, and it is effectively the same claim that’s being made now.” In this case the fraud complaints are aimed at cities, such as Philadelphia and Detroit, which, he says, are “clearly coded for African American.”

The response to Black Americans’ wielding political power is similar. “There’s a belief that white voters have therefore been wronged,” says Kruse, “and they are somehow the victim and need to take control—even resort to physical violence if necessary—to right this imagined wrong.”

Historically, that belief has had murderous consequences. “White uprisings have ousted democratically elected local governments,” says Foner. In Colfax, Louisiana, at the height of Reconstruction in 1873, southern white Democrats disputing the election of a Republican governor massacred an estimated 150 Black citizens. In 1898, white supremacists in Wilmington, North Carolina, overthrew the city’s biracial government and slaughtered as many as 300 people.

In many cases, police have played a role, at the least in their failure to protect. “The stunning abdication of responsibilities on the part of law enforcement” at the U.S. Capitol, says Kali Gross, a professor of history at Emory University and Berry’s co-author, “shows how clearly law enforcement in this country has served a white supremacist agenda.” To Gross, the scene in Washington, D.C., in which the rioters appeared to encounter little resistance as they forced their way into the legislative building, recalled a jailhouse lynching: “The white mob shows up, and the police say go right in.”

Non-white demonstrators have historically experienced far harsher treatment. Police infamously unleashed dogs and fire hoses on peaceful civil rights protestors in the 1960s. Kruse points out that a 1967 protest at the California statehouse by armed members of the Black Panthers, who didn’t break any laws, so frightened then-governor Ronald Reagan and members of the NRA that the conservative stalwarts cracked down on gun control.

But as more people witness these events on live-streaming news, a growing awareness of racial bias within police forces has fueled urgent calls for action. The violent response over the summer to Black Lives Matter advocates alarmed many observers.

While history may indeed provide some precedent for what happened at the U.S. Capitol on January 6, it can’t tell us what happens next. For guidance, Foner turns to Abraham Lincoln who, in his Lyceum address, warned that “if destruction be our lot, we must ourselves be its author and finisher.” Or, as Foner puts it, “The danger to democracy is within.”