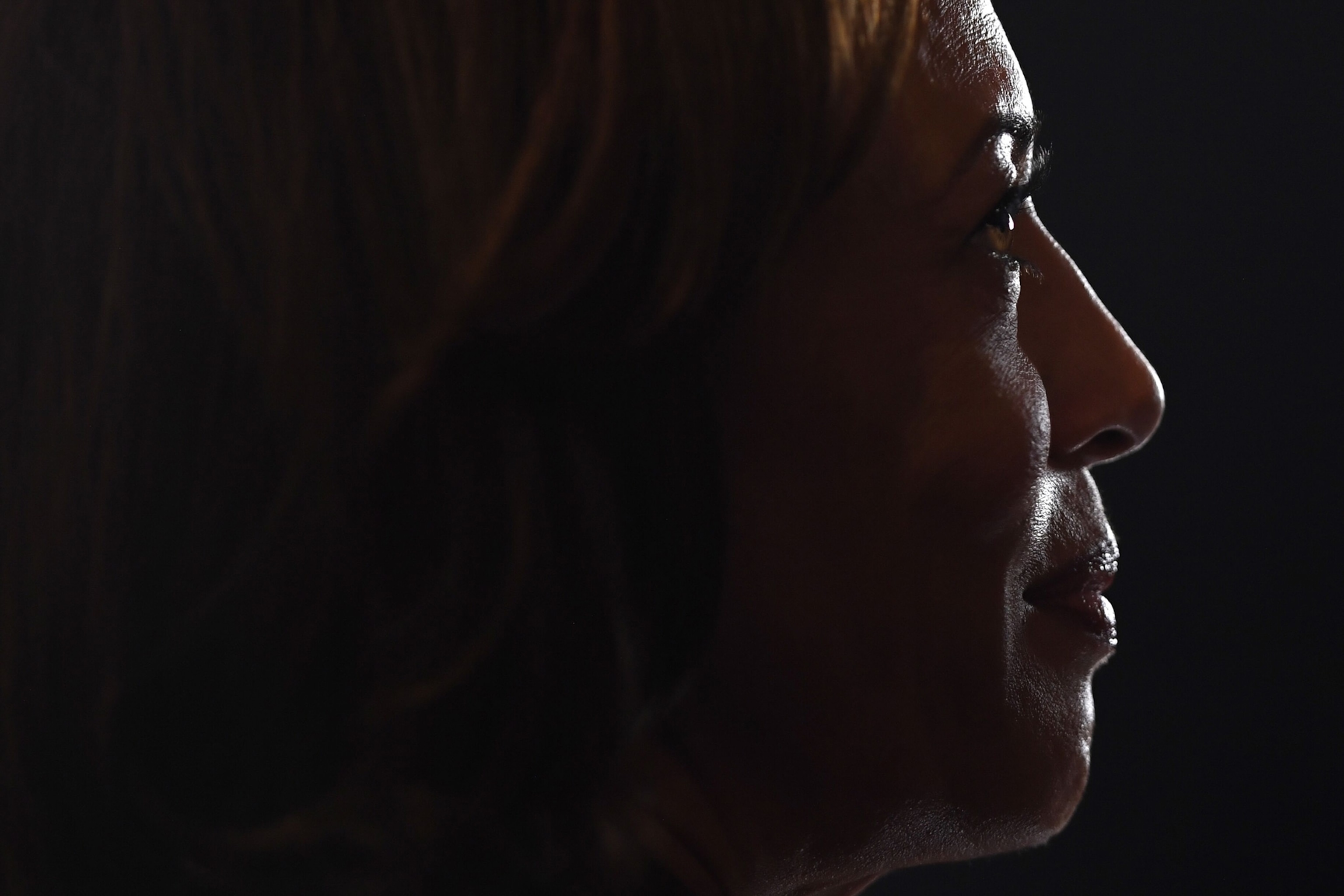 The 19th Amendment, a century later: 'I’m surprised we are not further along'

Getting the vote was just one step on a very long journey for women.

The United States has never had a female president but in 2020 Senator Kamala Harris from California has a shot at becoming the first female vice president.

On August 26, 1920, the 19th Amendment became law. Citizens of the United States could no longer be barred from voting based on their sex. The culmination of many decades of struggle involving generations of women, the amendment meant some 27 million women were now eligible to vote—the largest ever expansion of enfranchisement in the U.S.

Yet the march toward political equality was far from finished. The amendment failed to rock the patriarchal political landscape as advocates had hoped and opponents had feared. Women didn’t band together as a dominant political force to insist that their interests be addressed. Instead they often checked off the same names on their ballots as their fathers, husbands, and brothers had—if they even voted, that is.

Contemporary accounts estimate that only about a third of eligible women cast a vote in the 1920 presidential election. Some women skipped the trip to the polls out of what one survey called “general indifference.” But many others who wanted to vote were kept from it. Black women faced extensive barriers in the Jim Crow south, where well-honed racist tools such as poll taxes and literacy tests had long kept Black men from the polls. Other women of color had yet to be granted citizenship: Native Americans didn’t gain that until 1924, and Chinese Americans had to wait until 1943.

Passage of the 19th amendment ended up being a way point—albeit a significant one—on a very long journey toward equality that hasn’t been completed yet. The World Economic Forum has estimated that, given the current rate of progress, the United States won’t achieve gender equality until well into the 23rd century, years if not centuries behind other developed countries.

American women have made some progress. More women than men are now registered to vote and women turn out to vote in higher proportions than men do. In the 2016 presidential election, women outnumbered men at the ballot box by 10 million.

The key sticking point in the drive for equality is political empowerment—the lack of women serving in public office including as heads of state. In the World Economic Forum’s rankings, the United States falls in the bottom half on that measure, well behind countries such as Albania, where women gained the vote in 1920, and Rwanda, where women couldn’t vote until 1961. The U.S. has never had a female president. Only 26 out of 100 U.S. Senators are women—and that’s the highest proportion of women senators in history. Only 101 of the House’s 435 voting members are women. Women of color account for little more than a third of these legislators. (Rwanda's legislature is majority female. Here’s how it happened.)

During President Donald Trump's State of the Union on February 4, 2020, most of the Democratic congresswomen wore white, the traditional color of the suffragists.

On May 21, 2019, representative Veronica Escobar from Texas donned a white suit and yellow rose to mark the centennial of the day the House of Representatives passed the 19th Amendment granting women the right to vote. The amendment went on to the Senate and then to the states for ratification.

“I am surprised we are not further along,” says Debbie Walsh, director of the Center for American Women and Politics at Rutgers University (CAWP), describing what she calls the “glacial” increase in the number of women in elected office over the years. She says that for a long time political parties just weren’t making a point of recruiting and supporting women candidates.

The balance of power may be slowly shifting. “It’s been well-documented that [Democratic Senator] Doug Jones in Alabama won because of Black women,” says writer and activist Michelle Duster, the great-granddaughter of suffragist and civil rights activist Ida B. Wells. “I think there’s a recognition that Black women are voters that need to be satisfied. They need to address our concerns because we vote.” Joe Biden’s selection of Kamala Harris as his running mate, the first Black woman and first Asian-American to be nominated for vice president by a major party, appears to be an acknowledgement of that.

The 2020 election promises to be historic in other ways as well. Both Republicans and Democrats have broken records for the number of women securing their party’s nomination in the races for U.S. House seats: 88 women so far for Republicans and 199 for Democrats.

The growth has come partly from the many organizations which now exist to build the political pipelines that help get women into office, such as NEW Leadership at CAWP. “The research has shown that women often get involved because they’re interested in solving issues and they’re interested in representing their communities,” says Christabel Cruz, NEW Leadership’s director. “It’s not as much about accolades or merit, although that’s fine, too.”

Cruz’s program helps female college students explore political participation, while the organization She Should Run does the same for women of all ages. Other nonpartisan initiatives, such as CAWP’s Ready to Run and the Campaign School at Yale, train women in the nitty gritty of attaining public office. Higher Heights focuses on Black women, while Republican Women for Progress aims at conservative women. “After 2016 we saw these organizations growing more and really going into turbo mode,” says Cruz.

Last year, three progressive leaders—Alicia Garza, one of the founders of Black Lives Matter; Ai-jen Poo, the executive director of the National Domestic Workers Alliance; and Cecile Richards, the former head of Planned Parenthood—formed Supermajority to capitalize on women’s strength in numbers. “The fact that we’re the majority of everything and yet we’re still treated as a special interest group is one of the most absurd narrative and cultural Jedi mind tricks,” says Poo. (Here's why Garza is so hopeful for the future.)

Garza describes one of the new organization’s goals as “training women across race to be able to be protagonists in our communities and be defenders of democracy.” The suffrage movement was “only for certain women,” she says. “We have to build the kinds of movements that everyone can see themselves in and that everyone is welcome inside of.”

Achieving full political empowerment for women is unlikely to happen without systemic change. Last fall, philanthropist Melinda Gates and her company Pivotal Ventures committed a billion dollars toward closing the gender gap. Some of the funding will focus on removing the barriers that can hold women back. Chief among them is unpaid carework—childcare, eldercare—an issue that’s been exacerbated by the pandemic.

“I think you will see women leaving the labor force,” says Haven Ley, Pivotal’s managing director of program strategy and investment. The pandemic “has laid bald where women had very little power and influence to exert.” But she’s optimistic, she says, because the national discussion about the burden of caregiving has created an opportunity for real social progress.

Garza sees it too. On the 100th anniversary of the 19th Amendment, “it would be fitting for us to recommit,” she says, “to the values that the country was allegedly founded on—you know, life, liberty, and the pursuit of happiness for everyone.”