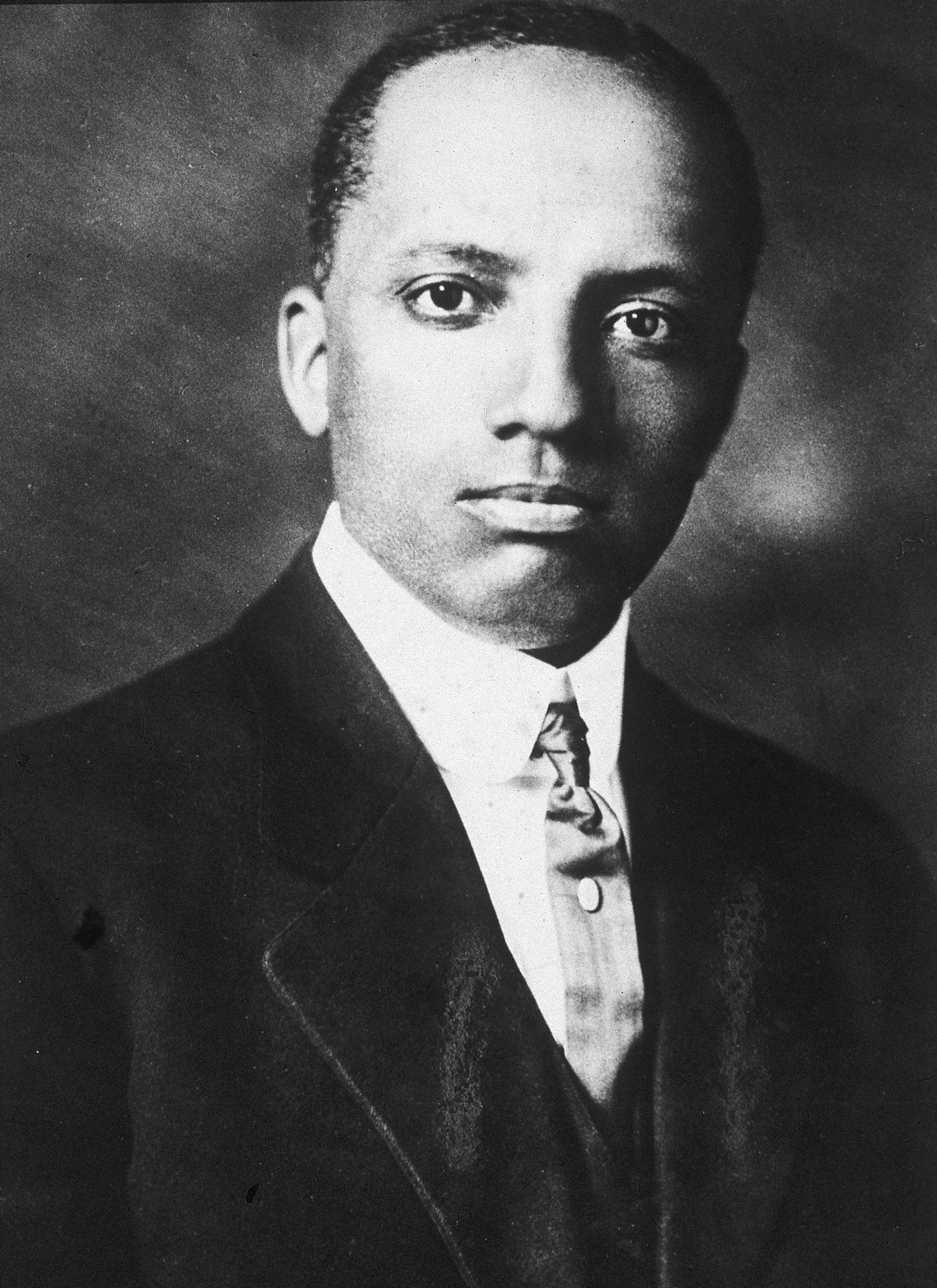 In the early 20th century, historian Carter G. Woodson chafed at the world’s silence on black achievement. In a racist society that mischaracterized black people and overlooked their contributions, he worked tirelessly to tell the world about their rich history. In doing so, he created a legacy of his own: Woodson is the reason the United States celebrates Black History Month each February.

The son of formerly enslaved parents who could not read, Woodson had struggled to obtain an education. Born in Virginia, he labored on a family farm and in West Virginia coal mines throughout his youth and only received sporadic schooling. Though it took him until his twenties to attend high school, he went on to study abroad and earn a doctorate in history from Harvard University.

Over time, Woodson became convinced that the world needed a better understanding of black people’s contributions to society to counter racist misperceptions about their abilities and aspirations. “The Negro has not been educated,” he wrote. “He has merely been informed about other things which he is not permitted to do.”

In 1915, as the nation celebrated the 50th anniversary of emancipation, Woodson founded the Association for the Study of Negro Life and History, which is now known as the Association for the Study of African American Life and History (ASALH). He created a first-of-its-kind display about black history at the first Exposition of Negro Progress. And, operating with scant funds and little support, Woodson and his colleagues created the first journal of black history, which is now known as The Journal of African American History. In private and public conversations, Woodson argued that black history deserved to be remembered and studied. (Meet history-making black scientists and inventors.)

“Woodson overwhelmed his audiences with a wealth of information in his speeches, starting with African history and working his way through all of African-American history,” writes biographer Jacqueline Goggin. “He frequently electrified them with his oratorical skills.”

Woodson continually looked for other ways to spread the word about black history and accomplishments, like Africans’ contribution to animal domestication and farming techniques and the revolutionary activities of Crispus Attucks, who is thought to be the American Revolutionary War’s first casualty. In 1920, he encouraged his Omega Psi Phi fraternity brothers to begin observing a week that celebrated black literature and history. In 1926, he took over the celebration of what he called “Negro History Week” and began observing it every February to coincide with the birthdays of abolitionist Frederick Douglass and President Abraham Lincoln. During the week, educators put on pageants acting out critical moments in black history, black newspapers published history-related articles, and local businesses sponsored and participated in the festivities. The week wasn’t just devoted to historical accomplishments, notes historian Jeffrey Aaron Snyder: It also celebrated current black artistry in music, literature, and art. (See black America’s story, told like never before.)

For Woodson, disseminating information about black history served the dual purposes of building up a sense of black pride and countering racist arguments about the supposed inferiority of black achievements. “To justify the injustice done the Negro,” Woodson wrote in 1945, “individuals… resort to malicious falsehood in saying that the Negro is an inferior race which has never developed a civilization….During Negro History Week attention is invited to the Negro in all parts of the world showing that even when in bondage the record made is not to be despised.”

Over the years, Woodson’s celebration gained steam. As resistance mounted to Jim Crow laws and segregation, black history became a critical part of the curricula used at Freedom Schools, free alternative schools designed to counter the shoddy education available through the South’s separate-but-unequal school systems and teach black Southerners about their civil rights. The history education Woodson had fought so hard to ensure continued to be spread on a grassroots level, fueling the civil rights movement.

Woodson died in 1950, but the week he had founded continued to gain popularity. In 1975, President Gerald Ford acknowledged it in an official message honoring the week, calling it “most appropriate” to set aside a week to recognize black contributions to American life and culture. The next year, the ASALH expanded the week to the entire month of February in recognition of the nation’s bicentennial, which Ford acknowledged in a speech that paid tribute to African Americans’ struggles.

Other presidents issued messages acknowledging the month each year until February 1986, when Congress passed a law designating that month as National Black (Afro-American) History Month. Starting in 1996, presidents began issuing annual proclamations about the month, and since then it has been regularly celebrated around the nation—all thanks to a devoted historian who refused to turn a blind eye to black excellence.

Rare 1920s footage shows another side of African American history

Between 1924 and 1928, the Reverend S.S. Jones documented the flourishing entrepreneurship within black communities in Oklahoma.