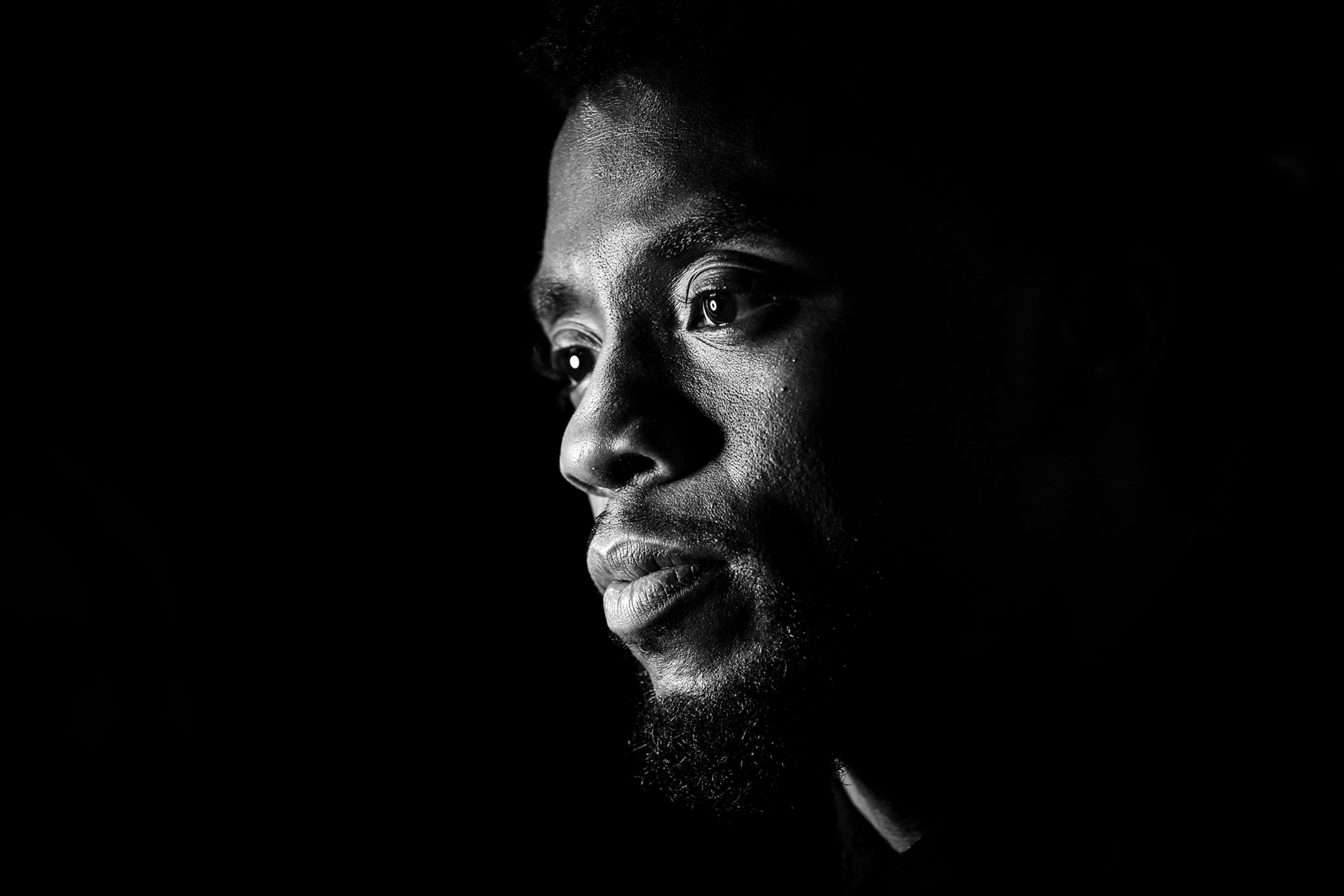 “George Floyd and then Jacob Blake and they are going back to school and everything is in upheaval. And then they lose the Black Panther? Geez.”

Before his death in August, Chadwick Boseman played several iconic Black characters, including Jackie Robinson, Thurgood Marshall, and most recently, the Black Panther. Here, he attends the European premiere of Black Panther in 2018.

My 10-year-old nephew, William Ryan Cook, had been waiting for weeks for August 28. It was the day that his favorite sport, Major League Baseball, would celebrate one of his favorite people in the world: Jackie Robinson.

The next morning William’s mother, Patricia, woke him to talk about something else.

“Can I tell you something that’s sad?” she asked her son at their home in Fort Lauderdale. “Yes,” he replied. It was then that she told him that another one of his favorite people, Chadwick Boseman, the actor who had played Jackie Robinson in the movie 42 and the iconic Marvel character Black Panther, had died the night before. (Marvel and National Geographic are both owned by The Walt Disney Company.)

“I was just sad. It took me a minute to process it,” said William, who had many questions. The prevailing one was: What would happen to Black Panther 2?

Boseman’s death at 43 after a long battle with colon cancer is the latest blow to Black households—and Black children—in a year dominated by traumatic news: COVID-19 deaths soaring in Black communities, deadly encounters between Blacks and police officers, the sudden death of basketball star Kobe Bryant, altered plans at school because of the pandemic. (Learn more about cancer and how it starts.)

“There are all these things happening—George Floyd and then Jacob Blake and they are going back to school and everything is in upheaval,” said Patricia Cook. “Black kids are catching [COVID-19] now, and then they lose the Black Panther? Geez.”

Released in January 2018, Black Panther was the first Black superhero movie and represented the Black community in a way seldom seen on the big screen. Wakanda, the fictional country the Black Panther ruled, is a beacon of African pride, home to technology no one else in the world has.

Black Americans went to see the film in droves, often dressed in clothing from various African nations. It became the third highest-grossing film ever in the U.S. and the tenth highest-grossing worldwide.

“It’s about a lot of Black people and their rights,” said Olivia James, 7, of Alexandria, Virginia. “It makes me feel just happy to see a whole Black movie.”

“When me and my family went to see the movie,” she said, “we all dressed up. When I found out he died, I just felt heartbroken. He’s a really good actor, he went to Howard University, and that’s just a lot of stuff that means a lot to me.”

Psychologist Roselyn Aker-Black says the Black Panther was “a symbol of excellence that all children could aspire to be, but especially for children of color. The portrayal of him as a king provided a visual that we as a people are regal, intelligent, and simply Black excellence.”

Black children have seen trauma on a number of levels, says Merland Baker, a mental health counselor licensed in Georgia and Florida. “Seeing black men die on TV—that produces complex trauma. It is interwoven in an interpersonal yet indirect way that gets into your psyche.”

Josiah Peck, 12, said that for kids, the cascade of traumatic news is “a lot of weight pulling on [us].”

The oldest of five boys, Josiah is a news junkie whose first spoken word was “Obama.” He was the first to tell his mom, Sajanee Mack, about Boseman’s death.

“He was like, ‘It’s on CNN,’” said Sajanee, who lives with her kids in Gaithersburg, Maryland. “I said, “This can’t be right.’ But it was. It’s very overwhelming and you try to hold on and you try to stay positive and you try to move forward, but it could lead to depression or anxiety about what’s going to happen next.

Brittany Beattie, who owns Spring Forward Mental Health Counseling in Jacksonville, Florida, advises parents to remind their children that Black Panther still exists and to not project their own grief onto their kids. (For America’s Black mothers, the fear of loss and trauma never ends.)

“Black Panther and Wakanda can be all that you imagined it to be. Because Chadwick is no longer with us does not mean that Black Panther no longer exists,” she said. “As adults we are still dissecting it. We have to say to ourselves, ‘Let me make sure I am not bringing up feelings that my kid has already resolved on their own.’”

Karen James, Olivia’s mother, hopes that Black children will learn valuable life lessons from these tough times. “It’s one of those things where it’s real and it’s the truth,” she said. “It becomes a teaching moment that leads to more awareness later on.

“With COVID and the protests and school, it’s a lot. These kids are the real VIPs. They never got to say goodbye to their teacher. They just left and never went back.” Before COVID, James says, Black kids “had a different kind of United States and they were proud and they were happy and it all just changed. They are learning lessons faster than we did.”