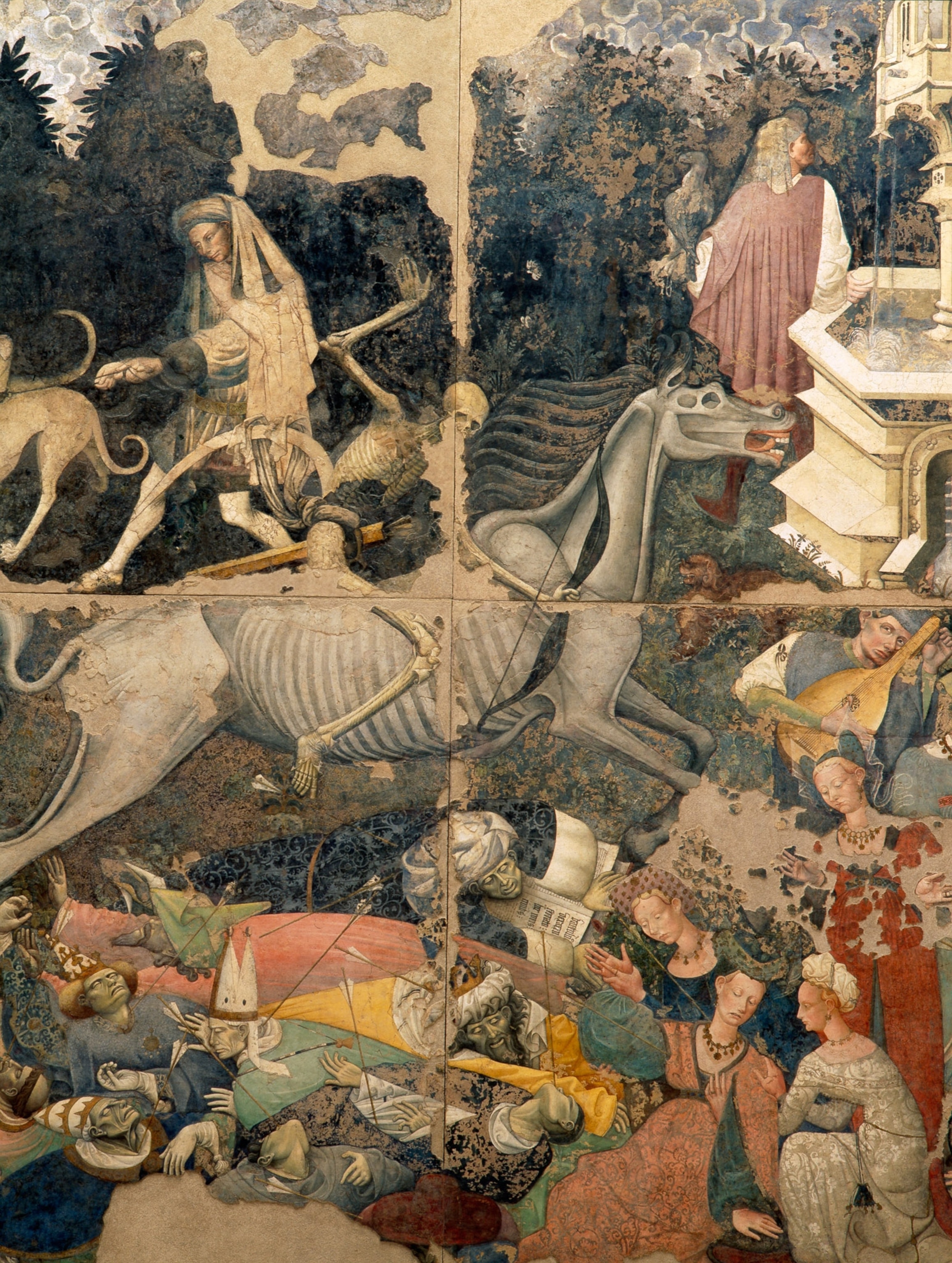 Was cancer really less likely in a pre-industrial world?

Before tobacco and factories, the cancer rate in Britain was estimated at 1%. A new archaeological study says different.

A 15th-century Italian fresco by an anonymous painter depicting "The Triumph of Death." Medieval disease is generally considered a trifecta of infection, malnutrition, and injuries sustained in warfare or accidents.
Art via Werner Forman Archive, Bridgeman Images

Today, more than half of all Britons are expected to receive a cancer diagnosis within their lifetime. Archaeological evidence from earlier eras, however, has long implied that as few as 1 percent of pre-industrial residents of the island suffered from the devastating disease.

Now, new research suggests that number may have been a gross under calculation.

In a study published recently in the journal Cancer, archaeologists used modern cancer-detecting tools on bones from centuries-old burials to determine that the incidence of cancer in pre-industrial Britain may have been at least 10 times higher than previously thought.

The study was spearheaded by Cambridge University’s Piers Mitchell, who splits his time between paleopathology research in the university’s archaeology department, and the country’s National Health Service hospitals, where he performs orthopedic surgeries on cancer patients. Based on his experience with modern patients, Mitchell has always been skeptical of anthropological research suggesting that past cancer incidence in pre-industrial British populations was much lower than today, due in large part to significantly smaller levels of environmental carcinogens.

Pre-industrial Britain wasn’t exactly carcinogen free: People regularly consumed alcohol, were exposed to indoor pollutants spewed out by wood and coal fires, and faced the risk of cellular mutations as they aged. But the threat of cancer markedly increased when carcinogens such as tobacco (first introduced in Britain in the 16th century) and pollution caused by industrial activities (beginning in the 18th century) were introduced into everyday life.

Past studies of cancer rates in pre-industrial populations relied mostly on visual assessments of skeletal remains, which looked for characteristic lesions that signify the spread of certain cancers.

Mitchell believes that’s the reason ancient cancers have been undercounted. The majority of cancers start in soft tissues, and those that spread to bones do so from the bone marrow outward. So looking at the bone’s exterior surface alone doesn’t reveal the whole story.

To better identify potential cancers in ancient human remains, Mitchell and his team employed the same tools he uses to diagnose cancer in modern patients’ bones—CT scans and x-rays—to analyze 143 adult skeletons from six medieval cemeteries, all located around Cambridge, England and ranging from the sixth- to the early 16th century A.D.

The sample size was limited by the quality of the available bones, says Mitchell: “When you’ve been in the ground for 500 to 1,000 years, your bones tend to crumble or get damaged by tree roots or rodents.” He focused on skeletons with intact pelvises, spines, and femurs—areas with rich blood flow where bone metastases are most common.

The team only made cancer diagnoses if Mitchell’s assessment of the combined CT and x-ray evidence matched the opinion of Alastair Littlewood, a practicing radiologist at Peterborough City Hospital. This two-layered approach ruled out almost all the subject skeletons. In the end, the team detected cancer in the bones of five of the 143 individuals.

That number, however, most likely does not capture every possible cancer case in the test population: Only one-third to one-half of modern cancer deaths involve spread to the bone, and CT scans detect cancers in the bones only about 75 percent of the time. When the researchers applied those constraints to the medieval skeletons, they extrapolated that between 9 and 14 percent  of pre-industrial Britons likely had cancer—an estimate a full ten times higher than the previous figure of around 1 percent.

Without the ability to use blood tests and biopsies to rule out other diseases, there’s also no way to know if every bone lesion identified in the study was the result of cancer. And since the study was conducted with specimens from a single geographic area, it doesn’t necessarily represent all of early medieval Britain. But, says Mitchell, Cambridge was “very average” for a British town of its time.

The complicated reality of pre-industrial disease

This new study complicates the historical stereotype of medieval disease as a trifecta of infection, malnutrition, and injuries sustained in warfare or accidents.

“This is a great next step in bioarchaeological and paleopathological research,” says bioarchaeologist Roselyn Campbell, who directs the Paleo-oncology Research Organization, a coalition of academics who study cancers in antiquity. (Campbell was not involved in the current study.)

While a growing number of archaeologists have access to x-ray machines, she says, underfunding and logistical challenges make CT scanners inaccessible to most researchers. She hopes that more of her colleagues take particular advantage of CT technology.

“It's only in the past few decades that scholars have started looking in earnest for evidence of cancer in the past,” she says. Though Campbell cautions against using a single study to make broad inferences about past cancer incidence, she notes that researchers can use Mitchell’s methods to explore past cancers in larger sample sizes and across wider swaths of space and time.

Mitchell is most excited about the study’s implications for modern medicine. Scientists recognize how carcinogens such as tobacco and the fumes of factories and automobiles affect us now. But seeing how cancer affected a pre-industrial society might help future researchers quantify just how those cancer-causing products changed human health.  “As a clinician, it’s helpful to have some data points a long time to see if cancer is increasing in prevalence at certain rates. To what degree can removing those carcinogens have an impact?” He says the research could also help scientists better understand the impacts of non-industrial carcinogens, which include solar radiation, lead, indoor fires, viruses, and parasites.

Both researchers stress that not every cancer is caused by carcinogens such as tobacco or industrial pollutants—age, genetics, and random mutations can also play a role. “If you took away all pollution, all smoking, it will decrease cancer but it’s still not going to make it disappear,” Mitchell says. Nonetheless, paleopathology in tandem with modern medicine could one day “help you to quantify to what degree certain insults on your body might increase or decrease your cancer risk.”

Even if that’s not the case, says Campbell, it’s worth continuing to try to diagnose past cancers. “There is always some level of uncertainty, and that’s alright,” she says. “We need to become okay with not always having a definitive answer.”