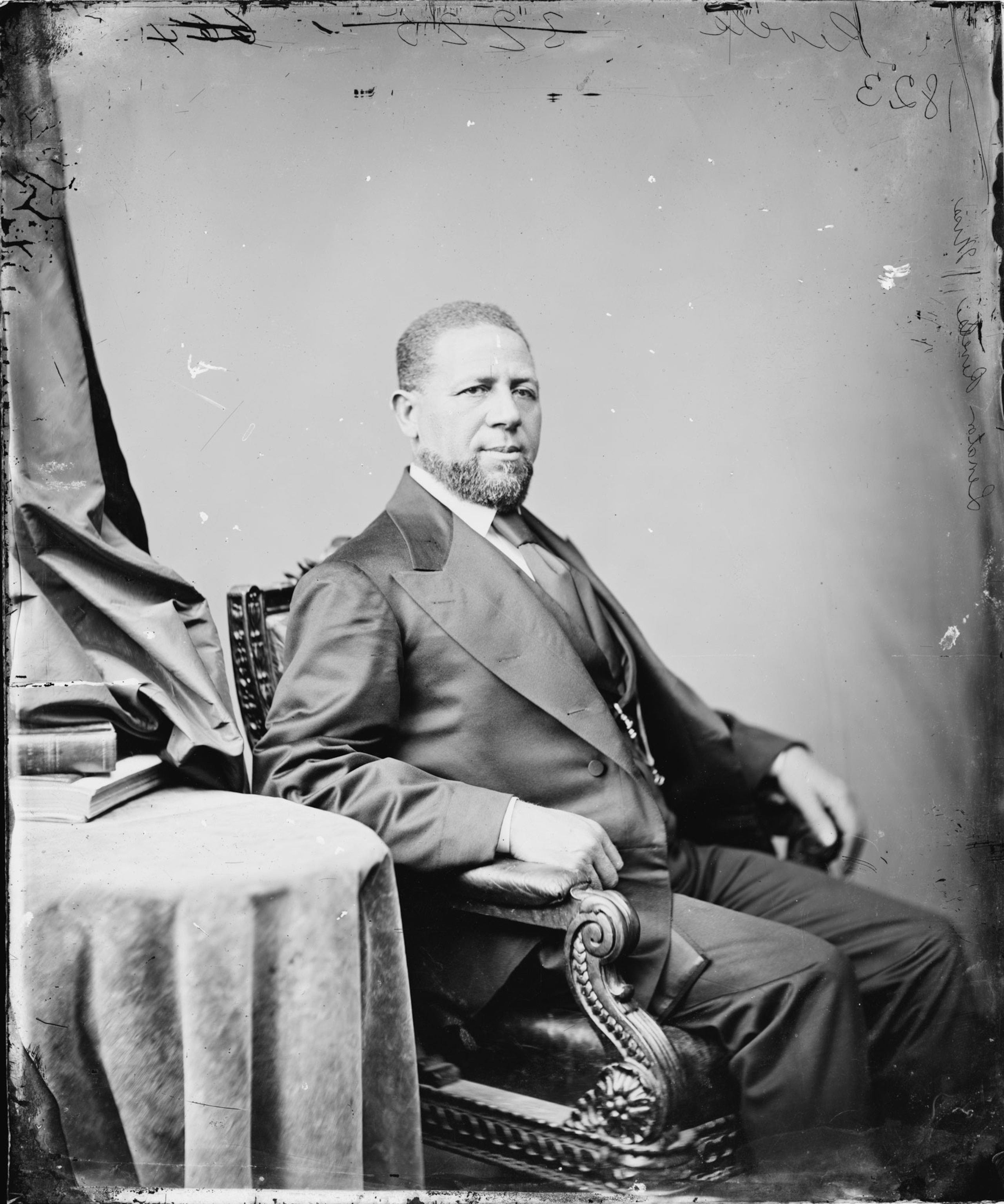 Hiram Revels subverted slave states and recruited soldiers in the Civil War. In the 150 years since he took office, he remains one of only 11 Black senators ever elected or appointed.

A preacher and respected community leader, Hiram Rhodes Revels became the first Black person to serve in Congress in 1870.

When Hiram Rhodes Revels traveled to Washington in 1870, he brought a historic piece of paper with him: a handwritten document certifying his right to serve in the United States Senate. Revels was poised to become the first Black person to serve in Congress.

But despite his election to the post, the senator-to-be wasn’t welcomed to the legislature. Instead, the United States-born politician faced stiff debate from future colleagues over whether he was a citizen.

Revels was born in North Carolina in 1827. The son of free Black parents, he was trained as a barber, but later pursued an education and a career as a preacher. Ordained in the African Methodist Episcopal Church, he traveled extensively, preaching throughout the Midwest and South.

Revels challenged the social order in states like Missouri, which forbade free Black people to immigrate to the state and outlawed both preaching to and teaching Black people. Though Revels tried to sidestep the law by avoiding sermons that might instigate rebellion—the supposed reason behind forbidding free Black people from moving to Missouri—he was imprisoned for preaching in 1854 and left Missouri soon after.

During the Civil War, Revels recruited Black soldiers for the Union Army and served as a chaplain. Afterward, he founded schools and even protested segregation when his family was assigned seats in the smoking car of a train despite paying for a first-class seat. (After he protested, they took their place in the first-class car.)

In 1866, Revels moved to Natchez, Mississippi, where he built a reputation as a respected community leader. His influence, education, and understanding of the world of white Americans made him a “very valuable resource,” writes historian Julius E. Thompson.

It also brought him to the attention of Reconstruction Republicans, who encouraged him to run for political seats that were finally open to Black politicians. In 1868, he was elected alderman of Natchez. A year later, he ran for Mississippi’s Senate. And in 1870, under the old system in which state legislatures selected national senators, he accepted an appointment to the U.S. Senate.

When Revels went to Washington in February 1870, though, he met with an obstacle: Democratic Senators determined to block him from national service. They argued he had only been an American citizen since 1866, when the Supreme Court overturned its Dred Scott decision, which had claimed African Americans were not U.S. citizens.

Revels was only admitted to the Senate after a lengthy, and passionate, debate. “Mr. Revels showed no embarrassment whatsoever,” reported the New York Times, “and his demeanor was as dignified as could be expected under the circumstances.”

While in the Senate, Revels fought to reinstate Black legislators who had been pushed out of office in Georgia and opposed segregated schools in the District of Columbia. But despite his historic role, Revels has been criticized for doing too little to help Black Americans and for supporting amnesty for former Confederate slaveholders during his Senate service. When his brief Senate term expired, he returned to Mississippi in March 1871. As historian Eric Foner told the Washington Post’s Steve Hendrix, “It was a pivotal moment in American history even though it was shortly overthrown.”

There was one other Reconstruction-era Black senator from Mississippi, Blanche Bruce. After he left the Senate in 1881, Mississippi passed laws—part of a wave of new Jim Crow laws—blocking Black people from political participation.

Revels and Bruce are still the only two Black senators from Mississippi. One hundred and fifty years after Revels’s groundbreaking accomplishment, only 10 other African American people have ever been elected or appointed to the U.S. Senate—including, most recently, Raphael Warnock of Georgia.

This story was originally published on February 20, 2020. It has been updated to reflect the results of the January 2021 runoff election in Georgia.