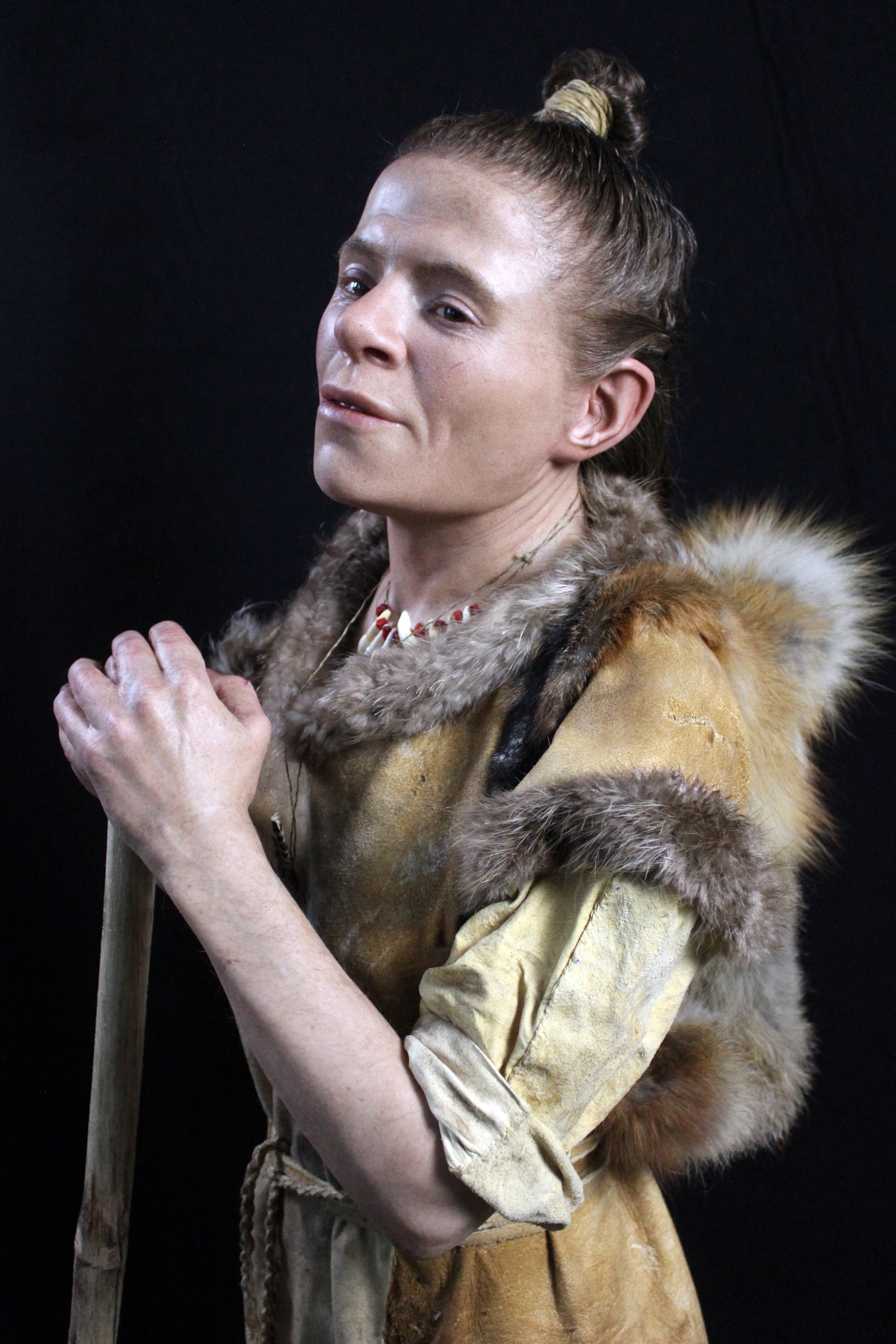 Buried during the Stone Age, this woman once roamed the forests of northern Sweden. Now archaeologists have reconstructed her face.

This woman lived about 4,000 years ago in what is now northeastern Sweden. Oscar Nillson, a pioneer in reconstructive archaeology, brought her appearance to life.
Photograph by Oscar Nillson

For 4,000 years, a woman lay undisturbed in a stone-lined grave amid the forests of northeastern Sweden. She had likely followed animal migrations through the trees and along the Indalsälven river. When she died in her thirties of an unknown cause, she was buried with a boy, perhaps her son, estimated to have been around seven years old.

Fast forward to 2020, when Oscar Nilsson, an archaeologist who meticulously uses clay to reconstruct faces from thousands of years ago, was approached by curators from the Västernorrlands Museum in Sweden. The museum had in its possession the two skeletons, excavated a century ago from a hamlet known as Lagmansören.

The Stone Age pair were the oldest skeletons found in that region of Sweden, where harsh conditions don’t lend themselves to preservation. The museum was building an exhibit tracing 9,500 years of human habitation in Sweden and wanted to show visitors the oldest face from the north—the woman from Lagmansören. But what would her face look like?

Over the past 20 years, Nilsson has become a pioneer of reconstructive archaeology, bringing more than a hundred long-deceased human ancestors to life. Building these faces gives him, and the millions who view his reconstructions in museums around the world, a portal to the past.

See how these facial reconstructions reveal 40,000 years of English ancestry.

He begins his work by layering more than a dozen muscles made of clay onto a 3D printed replica of the recovered skull. Then he places small pegs to indicate tissue depth, which varies based on the gender, age, weight, and ethnicity of the individual. These pegs hold up a layer of plasticine clay skin.

Many features can be accurately predicted using the record left in bone. When Nilsson went about building the Stone Age woman’s face, he considered what he already knew: She was just under five feet—short even for her time. She had protruding teeth, which shaped her mouth in a distinctive way. Her nose was a bit asymmetric; from her profile he could tell it was turned upwards. Her eyes were set low in the face, and the mandible bone—the lower jaw—was quite masculine. She’d possessed an interesting blend of male and female features, he thought.

Since he started crafting these faces, 3D printing and DNA technology have advanced, allowing him to flesh out a new level of detail. DNA pulled from well-preserved bones can reveal the color of hair, skin, and eyes—three pieces of the reconstruction that were previously speculative. Now, they are among the most reliable.

Watch the face of a 9,000-year-old teenager be reconstructed.

But in the case of the woman from Lagmansören, no readable DNA could be retrieved. Instead, Nilsson analyzed historic migration patterns. She lived at a time when farmers had relatively recently entered Scandinavia and begun mixing with hunter-gatherer groups. He determined she’d likely been light skinned with dark hair.

After that process, which he says has been rigorously tested, Nilsson departs the realm of scientific probability and enters phase two: his imagination. Unlike gender, skin tone, and teeth, an expression cannot be preserved in bone. “I need to bring the face alive, so you actually get the impression there’s someone looking at you within those eyes,” he says.

But he refrains from getting too creative—portraying a strong feeling like anger, for instance, is strictly forbidden, he says. What he can do is weave together emotions to give the sense that the face is in motion, and therefore, alive. The finished face is re-cast in a skin-tone silicone and Nilsson begins to add the details.

(In this episode of our podcast Overheard, history “detective” Oscar Nilsson re-creates what the long dead looked like when they walked the Earth. Listen now on Apple Podcasts.)

When he thought about the woman’s eyes, he considered the boy she’d been buried with. The boy’s skeleton had been too damaged to inform a recreation, but Nilsson wanted to include him. He imagined the boy was her son, and she was watching him as he ran ahead of her. They were likely hunter gatherers, traveling behind the animal migrations. Perhaps, he thought, they were on the way to winter camp.

“She’s not threatened, she feels at home, and she looks at this boy,” Nilsson says. “It’s a safe feeling, but also almost a bit cocky. Even though she’s small, you wouldn’t want to mess with her.”

In past reconstructions, he’s known his job was done well when a museum visitor leans toward the face to examine its details and then jumps back, uncomfortable with the closeness. It often happens when the two pairs of eyes—living and reconstructed—are around two feet apart. “That’s showing a collision in the brain,” he says. “The logical part of the brain tells you this is fake, but the emotional experience is that someone is actually there.”

This reconstruction took Nilsson 350 hours to complete. When he was done, the woman was clothed in tanned animal skins made with Stone Age techniques by Nilsson’s colleague Helena Gjaerum. A bird claw necklace dangled from her neck and a tight bun kept the hair off her face as she traveled among the trees 4,000 years ago.

Nilsson knows those forests well. When he was growing up in Stockholm, his family would spend vacations at a cottage a few miles away from where the grave had been found. He’d walk among the trees, collecting mushrooms and looking for moose, or even a bear—perhaps along the same trails as the woman from Lagmansören.

“DNA and 3D printing are cool,” Nilsson says. “But it’s always [about] this emotional bond I—and many people—experience when we look upon a reconstructed face. It’s that connection that comes first.”