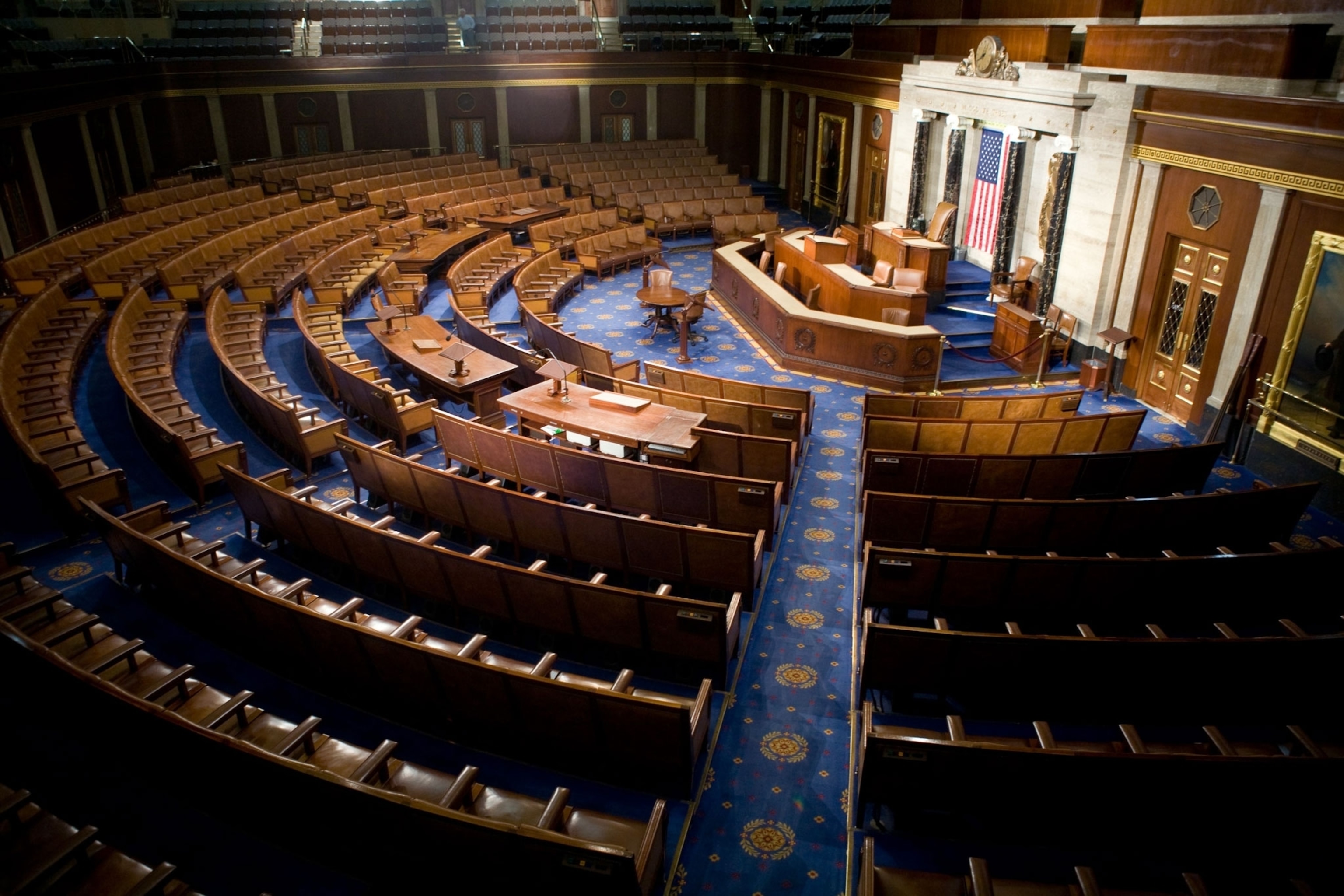 A virtual Congress? America’s founders would have approved

A yellow fever outbreak in Philadelphia almost caused a constitutional crisis when George Washington considered moving the seat of government.

The House of Representatives recently abandoned a plan to allow Congress to vote remotely during the coronavirus outbreak. This is not the first time a congressional session has been threatened by a lethal virus.

Tens of millions of Americans are working from home amid the coronavirus pandemic. Not Congress. The House of Representatives recently abandoned a plan to allow lawmakers to cast votes remotely, and on April 28 decided not to return to Washington because of fears for the health of lawmakers. “We had no choice,” House Speaker Nancy Pelosi (D-Calif.) told reporters. Meanwhile, a bipartisan Senate effort to conduct business virtually remains stalled.

Yet the nation’s founders confronted a similar crisis, and left behind a blueprint for Congress to do its job safely and effectively in spite of contagious illness. The trouble began in the late summer of 1793 in Philadelphia, then the country’s capital. President George Washington called what happened next “the calamity.”

Famed Philadelphia physician Benjamin Rush sounded the alarm on August 19. Yellow fever was spreading rapidly along the city’s docks. The illness likely originated from a ship that carried infected mosquitoes from the West Indies, though the origin of the illness was a mystery in that era. Citizens at first largely dismissed Rush’s warning as overblown.

Congress was not due back in session until December, but Washington and his cabinet were at work in the city. Some of the first victims of the epidemic were the wife of the president’s personal secretary and the wife and child of Secretary of State Thomas Jefferson’s coachman.

With his usual precision, Jefferson noted that the illness began “with a pain in the head, sickness in the stomach, with a slight rigor, fever, black vomiting and feces, and death from the 2nd to the 8th day.” He added that “it is the opinion of the physicians there is no way of stopping it” and that no two doctors “agree in any one part of their process of cure.”

Struck down with the fever, his rival, Treasury Secretary Alexander Hamilton, claimed to have been cured by cold baths and a half-dozen bottles of wine sent by the concerned president. Rush prescribed copious bleeding.

By September, two hundred people a day were dying. “Every body, who can, is flying from the city, and the panic of the country people is likely to add famine to the disease,” wrote Jefferson. Washington left for Mount Vernon while Jefferson decamped to Monticello, as Vice President John Adams retreated to his farm in Quincy, Massachusetts.

With the illness rampant in the capital, Washington wrestled with whether he had the power to postpone or move the upcoming congressional session to a safer venue. The Constitution requires federal lawmakers to “assemble at least once in every year,” but without specifying how or where. “It is a delicate situation for the President to be placed in,” he wrote Hamilton on October 14.

Hamilton responded warily. “I know of no law that abridges in this respect the discretion of the president,” he wrote ten days later, “if the usual seat of the Government may be in possession of an enemy” or “swallowed up by an earthquake.” But he feared that some lawmakers might bridle at an attempt by the White House to dictate the work of lawmakers. “I doubt therefore whether the circumstance of a contagious disease existing at the seat of Government be a constitutional ground for convening Congress at another place.”

He advised Washington instead simply to recommend an alternative site as near Philadelphia as possible. The president chose to reconvene the cabinet in Germantown, a few miles north of Philadelphia, to wait out the epidemic. Within weeks, an early snowfall killed the mosquitoes and averted the brewing constitutional crisis. (Here's how a smallpox outbreak nearly derailed the American Revolution.)

“The fever in Philadelphia has almost entirely disappeared,” Jefferson reported. A relieved Washington did not have to meddle in congressional affairs. “Several Members of Congress are arrived and Business is going on with some Spirit,” noted Abigail Adams after her November 30 return.

The ghastly outbreak, however, had killed more than four thousand people out of a population of 30,000, while paralyzing the government. A shaken Congress approved an act the following April allowing lawmakers to meet at another place given “contagious sickness or the existence of other circumstances” if the president deemed that gathering in the capital proved “hazardous to the lives of health of the members.” The act authorized the president to issue a proclamation that Congress convene “at such other place as he may judge proper.”

That legislation was tweaked in 1799 to ensure that “in case of the prevalence of a contagious or epidemical disease at the seat of government,” the president could lawfully move government operations to those places “deemed most safe and convenient for conducting the public business.” The new act also allowed courts to move their place of work in case of “contagious sickness.”

It is not clear if the work of the legislative branch was included in the revised act, but political scientist Douglas Harris of Loyola University says it is a safe bet that Congress wanted all three branches to continue their work uninterrupted amid an epidemic.

Today’s courts and federal offices have found twenty-first century ways to do so, by conducting their public business online. Even the Mother of Parliaments is seeing the advantages of virtual governing; on April 21, British parliamentarians approved a motion allowing up to 120 members to use video links to participate in the House of Commons, with 50 meeting in person. (Video calls may seem like an elegant solution, but they uniquely tax the brain.)

Yet Congress remains hobbled by rules of its own making. As they did during the 1918 influenza pandemic, absent House members are using unanimous consent to pass vital legislation. A single member can, however, block any bill. That bodes ill for a nation facing an economic as well as medical crisis that could last for months, if not years.

“Congress means ‘coming together’ but the Constitution is not a suicide pact,” adds Harris. With some state legislatures embracing remote voting, “it seems a reasonable idea for Congress to do so for the short term.” House and Senate rules forbid this, but these are rules made by legislators, not statutes in law or articles embedded in the Constitution. “If there is a bipartisan will, then they can find a way to vote remotely,” says Lee Drutman, a congressional expert and senior fellow at New America, a Washington think tank.

“There are legitimate concerns about permitting remote voting, and those need to be addressed,” wrote Sen. Rob Portman (R-Ohio) on April 8 in The Hill, after introducing a resolution with Sen. Dick Durbin (D-Illinois) to allow the procedure. The resolution would require a vote every month in order to extend the practice into the next 30 days. “We cannot let the pandemic stop us from doing our essential work.” Given the founders’ brush with a devastating epidemic, they no doubt would have applauded that sentiment.

Andrew Lawler is a journalist and author who has written about controversial excavations under Jerusalem and the search for the Lost Colony of Roanoke for National Geographic.