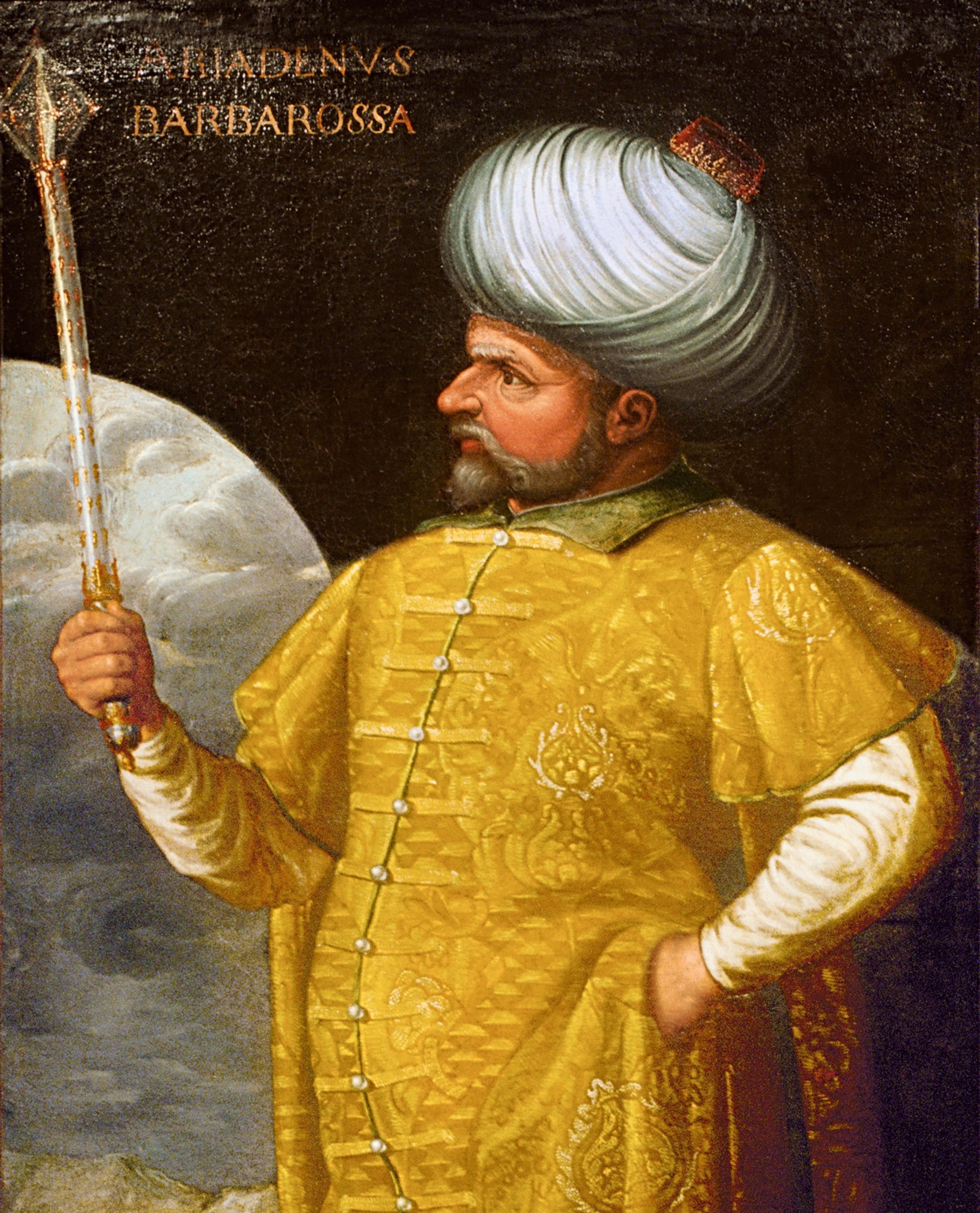 No Spanish ships or ports were safe when dread pirate Barbarossa, ally of the powerful Ottoman Empire, sailed the high seas.

Hayreddin’s brother Oruç was the first to be known as Barbarossa. His nickname was “Father Oruç,” Baba Oruç, which the Italians took to mean barba rossa, or red beard, for Oruç did indeed have a red beard. Hayreddin inherited the nickname even though his hair was golden brown. López de Gómara, a Spanish chronicler, described Barbarossa: “He was of a cheerful disposition when he did not grow fat; he had very long eyelashes, and his sight became very poor. He lisped, could speak many languages, and was very cruel, exceedingly greedy, and very luxurious in both senses.”
Photograph by AKG/ALBUM

From his base in Algiers, North Africa, Hayreddin Barbarossa terrorized the western Mediterranean in the first half of the 16th century. He fearlessly hijacked ships and sacked ports, loading his pirate galleys with vast hoards of treasure and prisoners fated for slavery. Yet Barbarossa was much more than a soldier of fortune. He was a skilled warrior with a political instinct that led him to found a prosperous kingdom, allied with the Islamic empire of the Ottoman Turks, and actively defy one of Christian Europe’s most powerful monarchs, the Spanish emperor Charles V.

However, Barbarossa had modest beginnings. He was born on the Greek island of Lesbos, the son of a Christian renegade who had joined the Ottoman army. Oruç, Barbarossa’s elder brother, was the first to take to the sea in search of adventure. It is unclear whether Oruç joined the powerful Ottoman navy or a merchant vessel, but in 1503 his ship was attacked and captured by the Knights Hospitaller, a Christian military order then based on the island of Rhodes, in present-day Greece. Oruç spent two terrible years as a galley slave on one of the knights’ ships but eventually managed to escape. Reunited with his brother, they settled on the island of Djerba, off the coast of Tunisia. The place was a veritable den of corsairs, and they enthusiastically joined their ranks. (Explore the remants of Blackbeard's pirate ship discovered off the coast of North America.)

The brothers found they had a talent for piracy. Their attacks on Christian ships, especially Spanish ones, brought them huge amounts of loot and attracted the attention of the emir of Algiers, with whom they joined forces. Soon they commanded a fleet of about a dozen ships, which they used to launch daring attacks on Spanish strongholds in North Africa. It was while attacking one of these that Oruç lost an arm to a shot from an early musket called a harquebus. (Learn about how archaeologists are still searching for the magnificent sultan's heart.)