American diplomats Robert Livingston and James Monroe purchased the Louisiana Territory from the French for $15 million dollars, or four cents an acre, in 1803.

In late April 1803, with the stroke of a pen and the exchange of just $15 million, the United States nearly doubled in size. With the Louisiana Purchase, the U.S. acquired nearly 827,000 square miles of French-held land for just four cents an acre.

The purchase was about more than land alone—westward expansion, national wealth and international relations hung in the balance. But its human cost is still felt today. 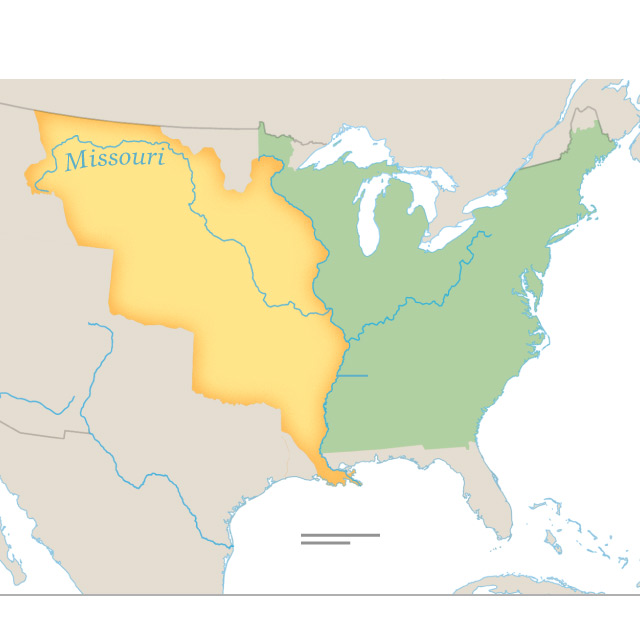 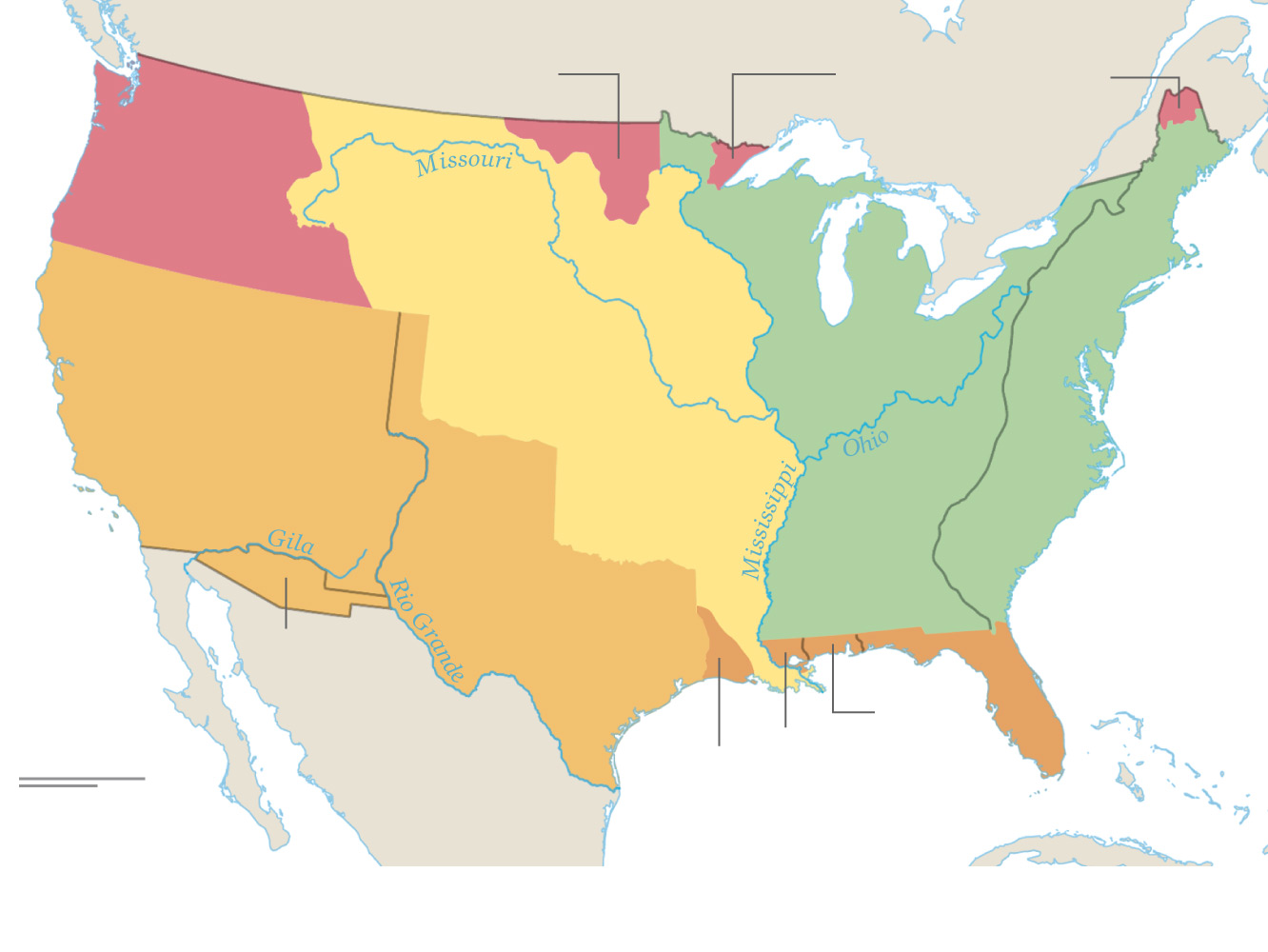 Louisiana at the time covered most of the Mississippi Valley. Though people had lived there for thousands of years, it became the site of a fierce tussle over colonial power in the 18th century. France had once owned a massive swath of what is now the U.S.—including Louisiana. But after battling with Great Britain for control of North America during the French and Indian War, France gave up most of its holdings, ceding Louisiana to Spain and most of the rest to Great Britain in 1763.

But as the French regained power, Napoleon Bonaparte, who dreamed of a French empire in the Americas, decided he wanted Louisiana back. In 1800, he convinced Spain’s king, Charles IV, to cede the territory back to France in a secret treaty.

Reports of the secret treaty worried Thomas Jefferson, who was then the president of the newly independent United States. Louisiana and the Mississippi River had become increasingly important to the United States as it strained against its westernmost borders. In 1795, the U.S. and Spain had signed a treaty allowing American ships to use the Mississippi without restriction, and for merchants to move goods through the prosperous port of New Orleans without paying duty. When Spain openly finalized the secret deal in 1802, revoking American access to New Orleans’ warehouses, Jefferson’s worries proved prescient. Residents of Ohio and Tennessee and even politicians in Washington threatened bloodshed.

The U.S. and France strike a bargain

Hoping to put a stop to the crisis, Jefferson told diplomats Robert Livingston and James Monroe to negotiate with France. They offered to buy New Orleans from France. To their surprise, France suggested they buy all of Louisiana instead.

As it turned out, the 1791 slave rebellion in Haiti had foiled Bonaparte’s plan to use Louisiana as a trade center for French Haitian sugar and coffee. Both the rebellion and yellow fever were decimating Bonaparte’s troops, so he decided to ditch his American imperial aspirations. (Here's how Napoleon's defeat at the Battle of Waterloo crushed his deams of creating a European empire.)

Jefferson had only given Monroe and Livingston instructions to spend up to $10 million to purchase New Orleans and West Florida. But when the French offered them a $15 million deal for all of Louisiana, they consented immediately. Though Jefferson himself was unsure if he had Constitutional authority to purchase territory, he gave the deal his blessing.

With that, all of the modern-day states of Arkansas, Iowa, Louisiana, Missouri, and Oklahoma, and most of Colorado, Kansas, Minnesota, Montana, North Dakota, South Dakota and Wyoming, became part of the United States. (Read with your kids about the exploration of this new territory.)

The real cost of westward expansion

The $15 million—the equivalent of about $342 million in modern dollars, and long viewed as one of the best bargains of all time—technically didn’t purchase the land itself. Instead, as historian Robert Lee explained in the Journal of American History, the purchase gave the United States the imperial rights to the land, which in turn gave the nation the “exclusive authority” to take control of the land from its indigenous inhabitants—whether through treaties or violence.

In fact, Lee notes, the United States ended up paying far more than $15 million for the Louisiana Territory. In his paper, he tracked the agreements the U.S. made with Native Americans and found that the U.S. paid them the equivalent of about $8.5 billion (adjusted for inflation).

But it came at a great cost to Native Americans. Subject to unfair treaties and genocidal and discriminatory policies, they paid the price for the United States’ westward expansion. By 1840, the U.S. had forced tens of thousands of Native Americans from their lands along the Trail of Tears. More than 5,000 people died along the way.

The deal also exacerbated the plight of enslaved people in the United States. After the Louisiana Purchase, both the state of Louisiana and the city of New Orleans remained hubs of the slave trade. And the treaty stoked long-standing debates about whether the United States should permit slavery. In an attempt to quell those tensions, lawmakers drew an imaginary line across the newly expanded country, separating it into slave and free states. The Louisiana Purchase had temporarily satisfied the nation’s desire for expansion—and left behind unanswered questions about the rights the U.S. was willing to guarantee across that land.