The liberation movement has evolved in parks, factories, and dance halls—in secret and in the open.

STONEWALL INN, 1969— When lesbian, gay, bisexual, transgender, and queer (LGBTQ) people resisted a police raid at this Greenwich Village tavern, they brought a growing liberation movement to light. Today, LGBTQ cultural life in New York City is more visible than ever, and researchers are reconstructing its hidden history. To create a map of nightlife, Jeff Ferzoco of the project OUTgoing NYC scoured libraries and collected personal anecdotes to find where people could meet openly or in secret.

The Ramble in Central Park was a discreet place to meet for much of the 20th century.

Village, home of the Stonewall Inn, hosts one of the world’s largest pride parades.

In 2016 the Stonewall area was designated a national monument for its historic impact. This June, 50 years after the uprising, revelers from around the world will join New York City’s annual pride events.

The number of LGBTQ nightlife venues in New York peaked in the late 1970s, with some 400 known locations.

Before World War II consumed cultural life, drag balls were openly attended by thousands, and many cafés and saloons central to “fairy” culture were in vogue.

As oppression of marginalized people and relationships reached a fever pitch after World War II, communities resisted with activism and open expression.

The rise of HIV/AIDS, which deeply affected the community, exacerbated a cultural backlash in the ’80s and possibly led to a dip in nightlife locations.

As the community grows more connected through social media and other technology, some argue the pressure to meet in LGBTQ-specific venues has lessened.

*Data MAY NOT Represent ALL LGBTQ NIGHTLIFE. 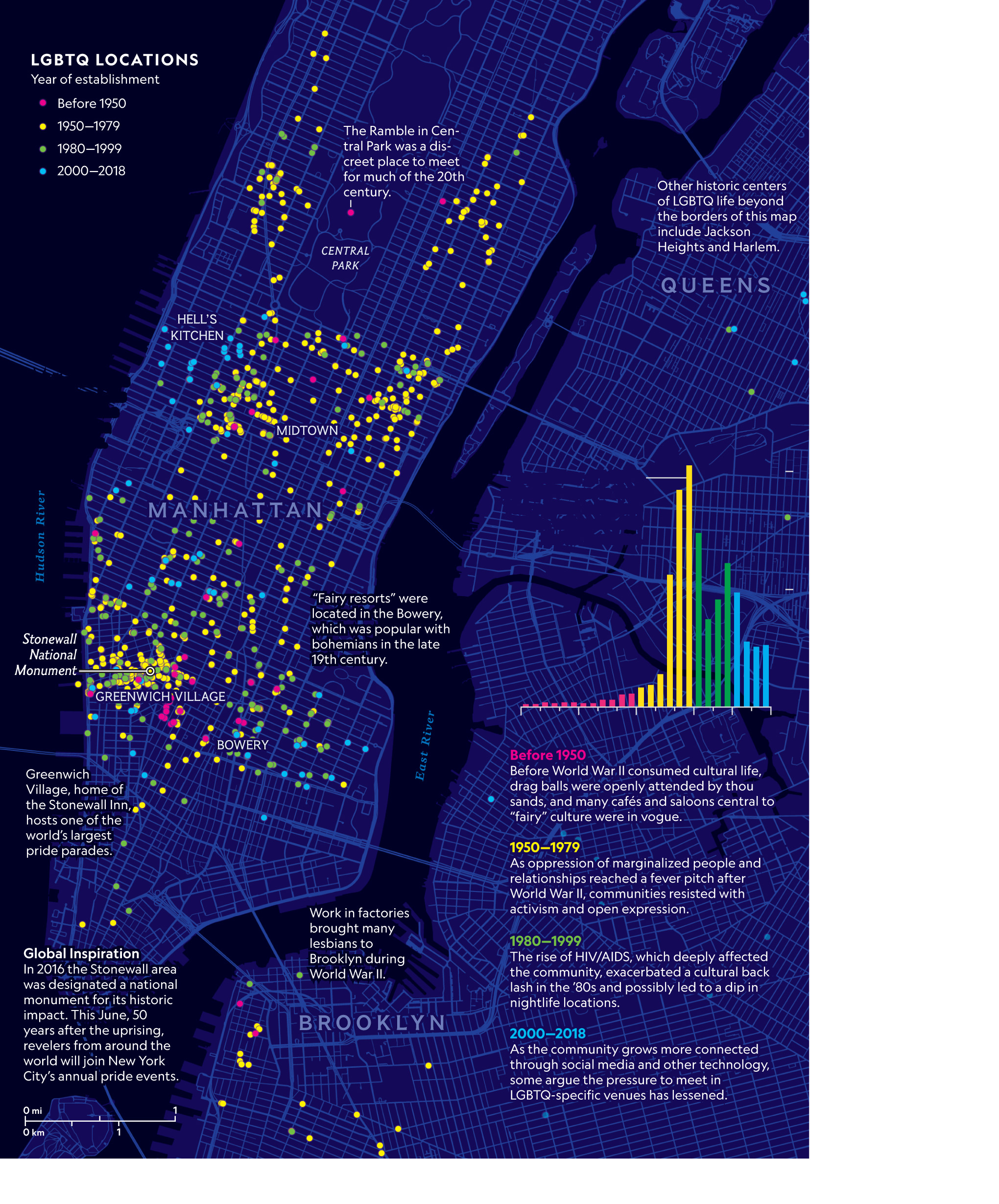 By the mid-2000s, many new venues had opened in Hell’s Kitchen.

The number of LGBTQ nightlife venues in New York peaked in the late 1970s, with some 400 known locations.

*Data MAY NOT Represent ALL LGBTQ NIGHTLIFE.