For Venezuelan Refugees, This Bridge Connects Past and Present

The Simón Bolívar bridge, which connects Venezuela and Colombia, has become the epicenter of this massive migration.

The Simón Bolívar bridge, which connects Venezuela and Colombia, has become the epicenter of this massive migration.

The Simón Bolívar bridge, connecting the Colombian city of Cúcuta with the Venezuelan city of San Antonio, is packed with people all day long.

Soon after the border opens in the early hours of the morning, thousands cross by foot from Venezuela to Colombia. Many are ready to leave everything behind, planning not to return to their home country. Some expect to stay in Colombia and others are moving through to different destinations. Another group crosses the bridge to shop for basic items. The number of daily pedestrians varies, but it’s estimated that about 35,000 people are now crossing the bridge every day.

Although the region has experienced multiple population movements, this exodus is thought by some to be Latin America’s worst-ever migration crisis. Over the last four years, amid a long and dire economic downfall, Venezuela has seen the impoverishment of its citizens and a resulting mass exodus. The latest re-election of President Nicolás Maduro to a second term hasn’t helped the already tenuous situation, igniting a simmering desire of many Venezuelans to leave the struggling nation. Hyperinflation of the economy, hospitals without supplies, and the rampant spread of hunger have fueled their flight.

The Simón Bolívar International Bridge crosses the Táchira River from Venezuela into the outskirts of Cúcuta, a Colombian city of roughly 650,000. 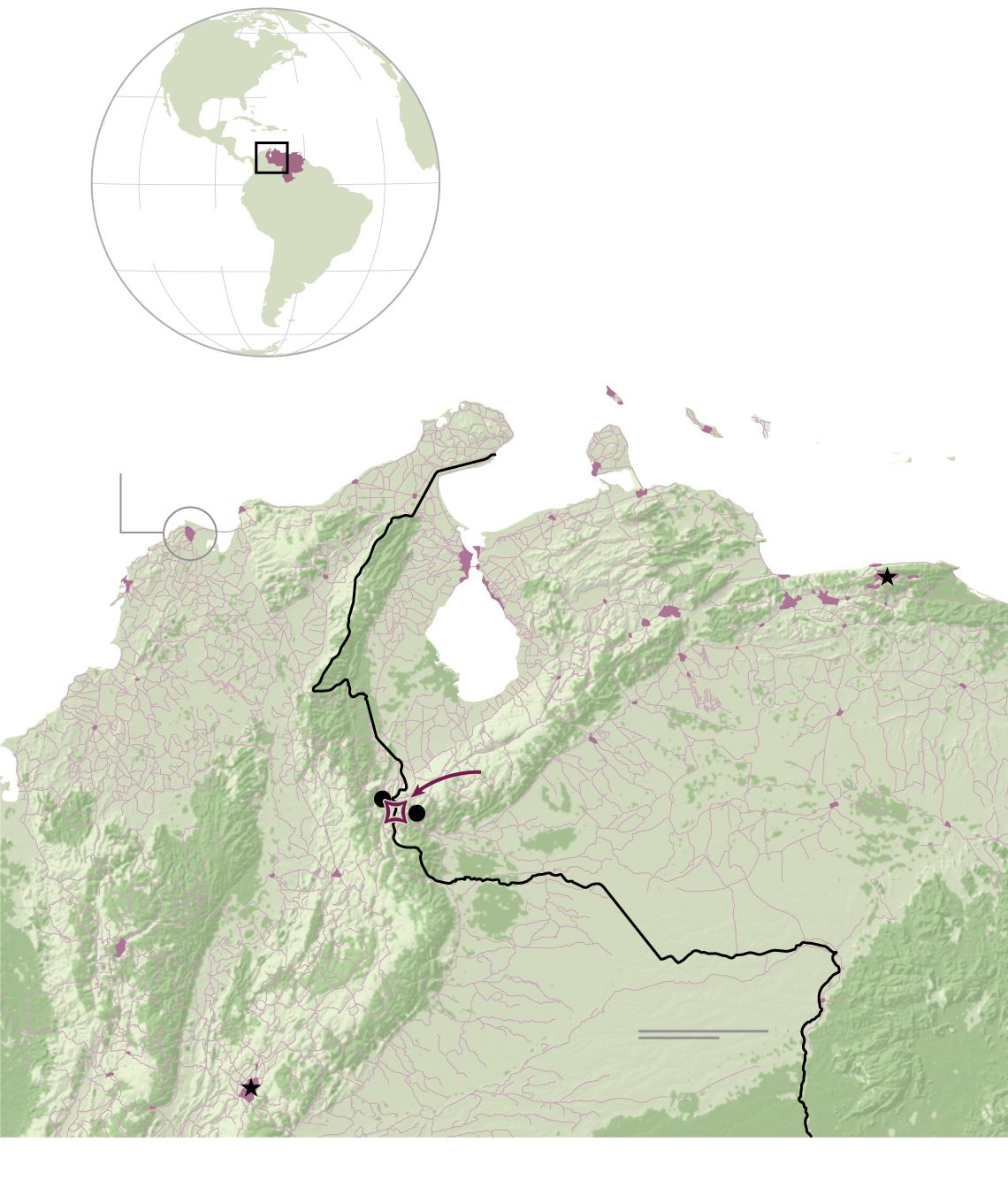 The Simón Bolívar International Bridge crosses the Táchira River from Venezuela into the outskirts of Cúcuta, a Colombian city of roughly 650,000.

This mass migration, however, started even earlier, when now-deceased leader Hugo Chavez took office in 1999. Millions of Venezuelans have fled the country in the last 20 years. More than one million Venezuelans have moved to Colombia since 2017, according to the Red Cross. And that number covers only those who passed through approved checkpoints.

Photographer Greg Kahn recently spent time documenting the Venezuelan refugee crisis in the border town of Cúcuta—now the epicenter of this migration.

He’s encountered people from all walks of life, including those who had jobs in Venezuela that would typically pay well. Still, these people, including a former mayor and a university professor, were forced to leave their country. “Even as professionals they didn't make enough money to survive,” he says. “Inflation eats up the salary they make.”

Crossing the border by foot at spots like the Simón Bolívar bridge is the only option for those unable to pay for a plane ticket. Under the blazing sun, Venezuelan travelers pass into Colombia, juggling overstuffed suitcases and backpacks. Some travel alone, while others walk with family, carrying their children. The route takes refugees through a sea of people, from gold traders who buy desperate Venezuelans’ precious metals to vendors selling one-way tickets to Peru, Chile, and Ecuador.

Many queuing to stamp their passports will only stay in Cúcuta temporarily. They have plans to go to other countries and were lucky enough to save sufficient money for bus tickets. Others don’t cross with the same fortune. Some run out of money before completing their planned trip and get stuck in the city.

Life is difficult for Venezuelan migrants who have to stay in Cúcuta.

Yamil Rojas says he has been sleeping on cardboard outside a shelter in the city for two weeks. His final destination is Peru, where he has a job offer, but he ran out of money three days after crossing the border.

Rojas, a 32-year-old from the Venezuelan town of Valencia, is unable to find work in Cúcuta and spends most of his days trying to collect pesos by cleaning windshields and selling sweets. “I hope to collect enough money for a bus ticket,” he says. “I can’t go back. My family is counting on me to send them money.”

Kahn also visited a maternity hospital in the town. There, he met Maria Castillo, a Venezuelan woman who had just given birth to a baby boy. The young woman crossed the border three days before going into labor and told Khan she didn’t want to have her child in Venezuela, since many hospitals don’t have equipment or supplies.

She’s part of a widespread departure of pregnant Venezuelan women who flee for fear of losing their lives during labor. Their fear is not unfounded—maternal mortality increased 65 percent in 2016, according to the Venezuelan Ministry of Health.

The migration crisis has prompted the Colombian government to allocate more than $3.5 million (U.S.) for health services to migrants from bordering countries, and Cúcuta locals are also doing their part. Fabiola Ruiz manages a soup kitchen near the border. The site was created in mid-2017 to feed weary Venezuelans and has grown drastically since its start. “We passed from serving 1,000 meals to 3,000 in less than a year,” said Ruiz.

Not all Colombians have been so open. In Cúcuta, some locals worry about Venezuelans exploiting their community’s resources. Many want the border to be shut down, and former Colombian president Juan Manuel Santos initiated a massive militarization of the border and launched an effort to keep migrants off Cúcuta’s streets. His administration also removed hundreds of migrants who crossed the border without required documentation.

“Talking with Venezuelans… one can tell they don’t feel welcome,” Kahn says.

“As soon as they hear my accent, they cross the street,” says 19-year-old Alfonso Tapisquen. Every night, he considers returning home.

He isn’t the only Venezuelan in Cúcuta struggling with his decision. Kahn says every migrant he met in the town had one thing in common: They weren’t happy to be in Colombia, but they didn't have a chance in Venezuela.

Kahn explains the predicament of those who had crossed the border, saying, “It wasn’t a choice. It was a necessity.”