Enigmatic skull may be the oldest modern human outside Africa. But questions abound.

A controversial study argues that early Homo sapiens were in Greece by 210,000 years ago, sparking intense debate.

Along the rugged coastline of southern Greece, our ancient human relatives may have sojourned in what was once a balmy refuge from the encroaching glaciers of the mid-Pleistocene. While most vanished without a trace, skulls from two individuals were somehow swept into a deep crack in the ground, where the bones became cemented in a jumble of earth.

Hundreds of thousands of years later, analyses of these remains hint at an unexpected identity: One skull fragment may have belonged to an early modern human that lived at least 210,000 years ago, making it the oldest human fossil yet found outside of Africa.

“It is very exciting!” lead study author Katerina Harvati, of Eberhard Karls University of Tübingen, says via email. “It is gratifying to see that my hypotheses about the importance of the region for human evolution are supported by our findings.” (Find out more about the identities of the first Europeans.) 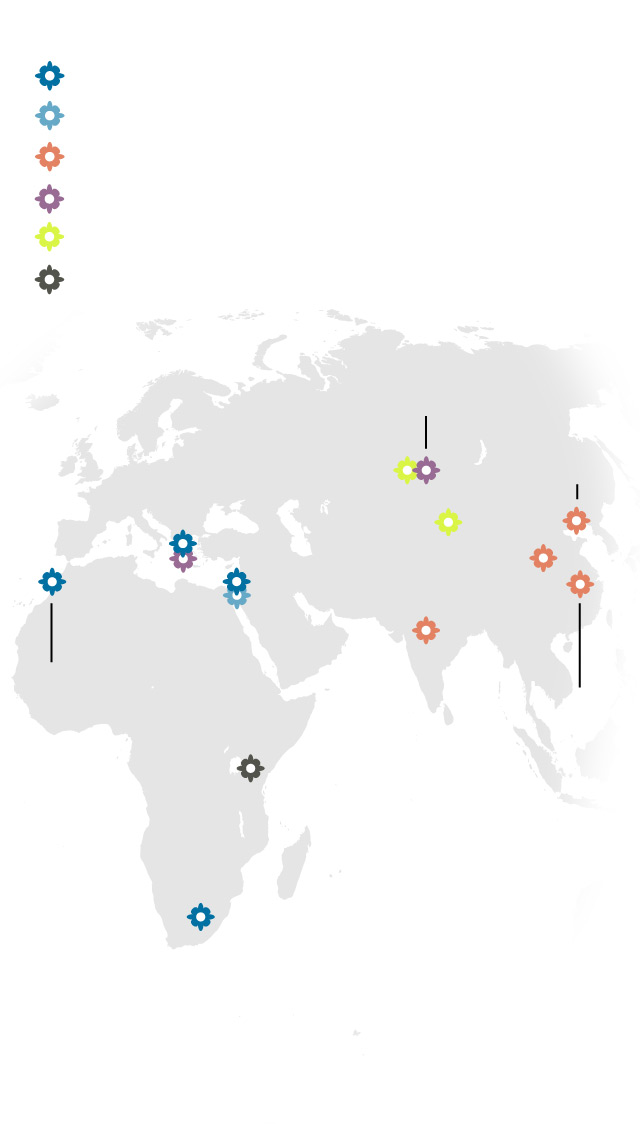 Hominin Not Assigned To A Species 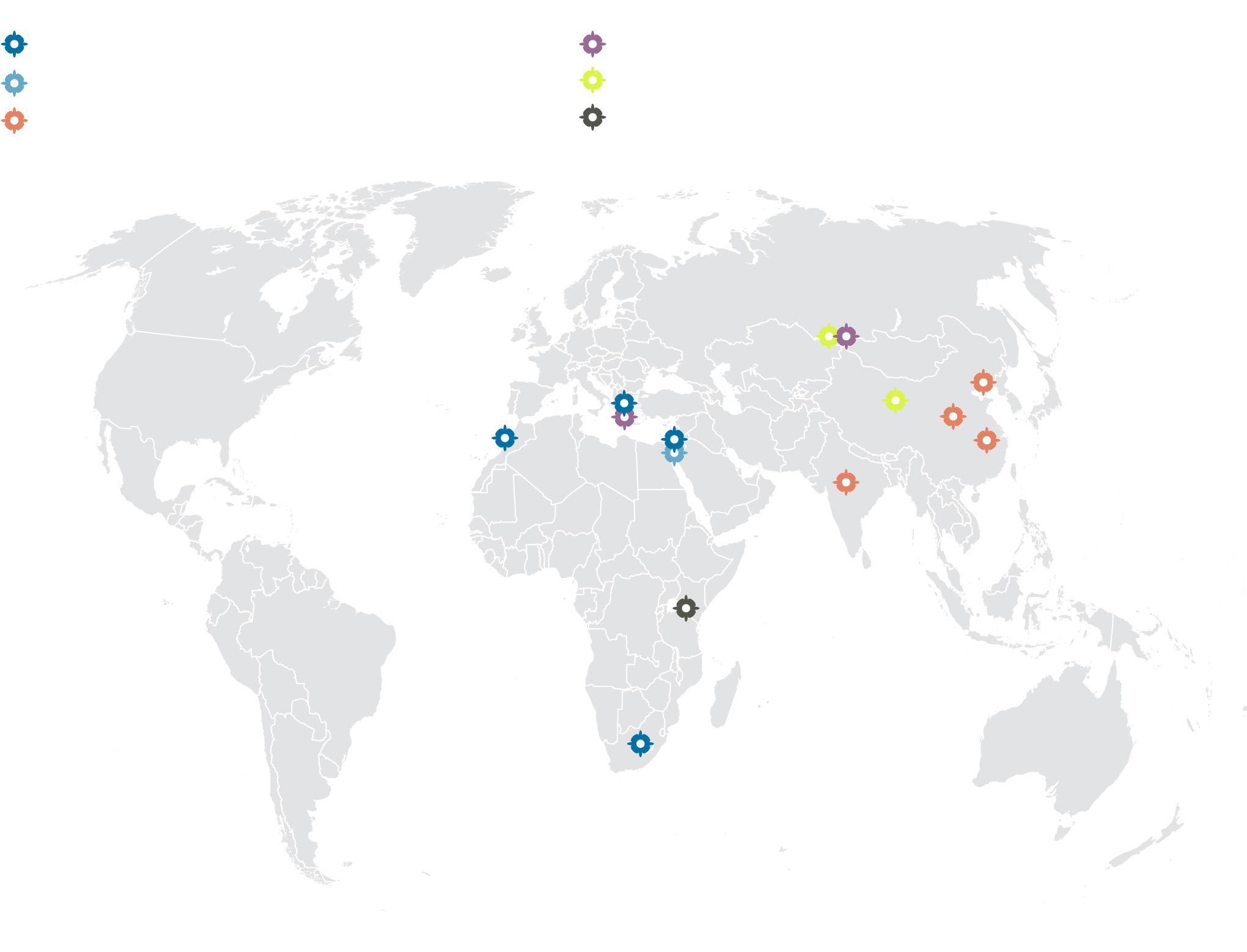 HOMININ NOT ASSIGNED TO A SPECIES

If confirmed, the discovery would help clarify the earliest movements of our species as anatomically modern humans spread out of Africa. But not everyone is convinced by the strength of this new evidence.

“I cannot see anything suggesting that the individual belongs to the sapiens lineage,” says Juan Luis Arsuaga, a paleoanthropologist from the University of Madrid. He and his colleagues’ 2017 analysis of a skull found nearby concluded that the remains were all likely Neanderthal origin, dating to at least 160,000 years ago.

“I was completely astonished,” he says of the team’s provocative conclusions.

Discovered in the late 1970s, the skull fragments peeked out from a wall of Apidima Cave, a site outside the Peloponnesian town of Areopoli. But studying the Apidima fossils, as they came to be called, has involved many challenges. For one, the fragmented skulls were encased in their rocky matrix until the late 1990s and early 2000s. Even once removed from the rock, their identities weren’t initially obvious.

One skull was nearly complete, but it had been distorted during the millennia spent in its rocky casing. Still, past work identified the skull as a Neanderthal, a conclusion shared by the latest study. The second skull fragment was mere inches away in the rock and was small—a single piece just larger than the size of an adult palm—so previous researchers concluded that it was likely the same species and age as the first. (Find out how ancient DNA is revealing new twists in the story of Neanderthal migration.)

As part of ongoing analyses of these enigmatic fossils, scientists at the University of Athen’s Museum of Anthropology reached out to Harvati to inquire if she was interested in studying them. Eager to apply modern techniques to these well-known remains, she and her colleagues jumped at the opportunity.

“It’s a fantastic coincidence that you have two skulls together 30 centimeters apart,” marvels study author Rainer Grün of Griffith University in Australia. “In all of Greece, you have one more skull—that’s it—in that timeframe. So it’s a wonder of nature that you find the two together.”

Harvati and her team CT-scanned the fossils, and then two of the team members separately worked on virtual reconstructions, each using two different protocols in an attempt to reduce bias while digitally tweaking the fossils. Finally, the scientists compared the features of the reconstructions to a variety of skulls known to be either Homo sapiens or Neanderthal, as well as other Eurasian and African skulls of debated species that are dated to the Middle Pleistocene.

The resulting identity of the small skull fragment was the team’s first big surprise: It was remarkably similar to skulls of modern humans.

While a skull fragment might seem like a scanty piece of evidence for such a big conclusion, the back of the head holds a number of clues that can point to H. sapiens. It’s nearly as diagnostic as the chin—a trait unique to H. sapiens among the hominins, says paleoanthropologist Eric Delson of the City University of New York, who was not part of the research team but who wrote a Nature News and Views article accompanying the study.

For one, there’s the shape. If you put your hand to the back of your head, you should be able to feel it curve like a grapefruit. But Neanderthal heads are more elongated, with a protrusion known as a chignon, which is French for “bun.” The ancient skull fragment from Apidima lacks this elongation.

At this point, the team submitted their analysis for publication, and they were rejected. At the time, the researchers had assumed that the proximity of the fossils meant that they both were the same age, dated to at least 160,000 years ago. But there's no physical evidence of these populations in such close proximity till around 60,000 years ago, so reviewers were “naturally skeptical” that the fossil was a modern human positioned so close to Neanderthal remains, says study author Chris Stringer of London's Natural History Museum.

The team worked to strengthen their analyses of the skulls, and also attempted to date the fragment. That’s when they got their second surprise: It was around 210,000 years old. If confirmed, the fossil’s age edges out the previous oldest known modern human remains—part of an upper jawbone found in Israel dated to around 180,000 years ago. It would also be more than 150,000 years older than the previous oldest H. sapiens fossils yet found in Europe.

If the team is correct, the Apidima skull fragment adds to evidence that trickles of modern humans left Africa much earlier than previously believed. Until recently, it seemed as if modern humans took their time venturing out of the continent, with human populations today tracing their roots to a throng of H. sapiens that made the trek a mere 60,000 years ago.

This latest discovery suggests that modern humans made it much farther north than previously thought at a much earlier date, Harvati argues. But many other researchers believe that it’s too early to rewrite the history books.

“To make such a claim, you need a face,” Arsuaga says.

In a 2014 study, Arsuaga and his colleagues described 430,000-year-old crania from Spain’s Sima de los Huesos, or “pit of bones,” that had Neanderthal faces but lacked the telltale skull elongation. Perhaps the Apidima skull fragment similarly came from an early Neanderthal, he argues. The authors of the new study acknowledge that this might be the case, but they stress that the skull piece differs from the Sima remains, as well as from early Neanderthals of similar age to the Apidima fragment.

“As with any challenging new find, the appropriate initial reaction should be a healthy skepticism, even when my own name is on the paper,” Stringer says. “We don’t have the frontal bone, browridge, face, teeth, or chin region, any of which could have been less ‘modern’ in form.” Still, he emphasizes the many measures the team took to reduce any uncertainties.

“Reconstructions are sort of art-meets-science,” says Christopher Walker, a biological anthropologist at North Carolina State University. While such analyses can be swayed by expectations and model skulls used for comparison, he says that the team was thorough, and he agrees that the skull fragment is “really a mixed bag of Homo sapiens-like features.”

But Warren Sharp of the Berkeley Geochronology Center disagrees with the fragment’s early date, calling the team’s data for that result “imprecise and highly scattered.” Sharp also worries about the dating of the next oldest H. sapiens remains found in Israel, contending that the fossil can’t be older than 70,000 years.

“We give all the details in the paper,” Grün counters. “There’s nothing we swept under the carpet, and this, in my view, is the best interpretation of the results.”

Whether or not H. sapiens made it to Greece 210,000 years ago, the early excursion didn’t seem to stick, and these adventurers likely died out without leaving genetic traces in humans today. Clues to the enigmatic populations, however, may still linger in hints of H. sapiens-like DNA found in Neanderthals—the result of a proposed early phase of interbreeding between the two groups hundreds of thousands of years back.

Perhaps the Apidima fossils belonged to a population that met and interbred with our Neanderthals cousins, says Harvati. But without more evidence, it’s tough to say where this population ranged, or how long they persisted.

“We have a quick snapshot,” Delson says. “This certainly tells us that it’s worth looking elsewhere.”