Groundbreaking earthquake catalog may have just solved a seismic mystery

Lab-made quakes suggested that we should see hints of activity before a big event, but this pattern has been elusive in nature—until now.

For decades, scientists have searched for clues that would signal an impending earthquake. Teams have analyzed electromagnetic activity, weather patterns, and more only to scratch them off the list as potential harbingers of rocky destruction.

The only possible precursors that stood out were foreshocks, the tiny temblors that can occur before a larger main event. In lab experiments, foreshocks have been observed leading up to almost all simulated earthquakes. But this pattern has been missing in real earthquake data, vexing seismologists.

Now, though, a high-resolution catalog of millions of earthquakes in Southern California may have cracked the mystery.

In a recent study in Geophysical Research Letters, scientists examined a massive dataset of the region’s big and small rumbles, and they report a distinct increase in seismic activity in the weeks and days leading up to the majority of earthquakes. The findings not only reconcile laboratory studies with real-world quakes, they also build confidence in the idea that foreshocks could one day be used as early warning signs, inching us closer to improving earthquake forecasts down the road.

“It’s very much a first step and big leap forward in improving our understanding of earthquake processes,” says Wendy Bohon, a geologist at the Incorporated Research Institutions for Seismology who was not a part of the study.

Most earthquakes occur along faults, or deep cracks in the crust, where blocks of Earth slide against each other and create friction. This process builds stress and strain in the crust until the tension releases suddenly as seismic energy, producing an earthquake. Bohon compares an earthquake to breaking a pencil: You can see the pencil bend a little bit as you apply more pressure, but at some point, enough tension builds up so that the pencil snaps.

Almost 75 percent of earthquakes occur along tectonic plate boundaries, which cover thousands of miles of Earth’s surface. We know earthquakes are constantly rattling our planet, so much so that geologists can confidently say that there is a 100-percent chance that an earthquake will strike somewhere in the world each day. In Southern California alone, the data show that an earthquake occurs almost every three minutes, on average.

It’s much harder to narrow down exactly where and when one might strike. That’s in part because earthquakes are difficult to directly observe, since they are triggered miles below the surface of Earth. As such, scientists often use lab experiments to simulate quakes and unravel their secrets.

Data from such experiments suggest that main quakes should be preceded by foreshocks, with tiny failures splintering across a fault when it approaches a critically stressed state.

But “real earthquakes are a much more complex system than our simple laboratory experiments,” says lead author Daniel Trugman, a seismologist at Los Alamos National Laboratory.

What’s more, foreshocks are expected to be relatively weak, and separating background noise from these types of rocky rumbles has long posed a major obstacle. Devices designed to “hear” earthquakes, called seismometers, also pick up a cacophony of surface activity, from hurricanes to car traffic to migrating elk, making it difficult to isolate such tiny quakes.

“Up until now, it has sort of been debated if all main shocks have foreshocks,” says David “Chas” Bolton, a Ph.D. candidate in geosciences at Pennsylvania State University who was not a part of the study.

And without any way to reliably detect foreshocks and see patterns, scientists could only forecast when earthquakes might occur over long time periods, based on statistical probability.

That’s why the new quake catalog presented such a tantalizing opportunity. Published earlier this year in Science, that colossal effort pinpointed 1.81 million earthquakes that shook Southern California between 2008 and 2017, all the way down to magnitude 0.3. 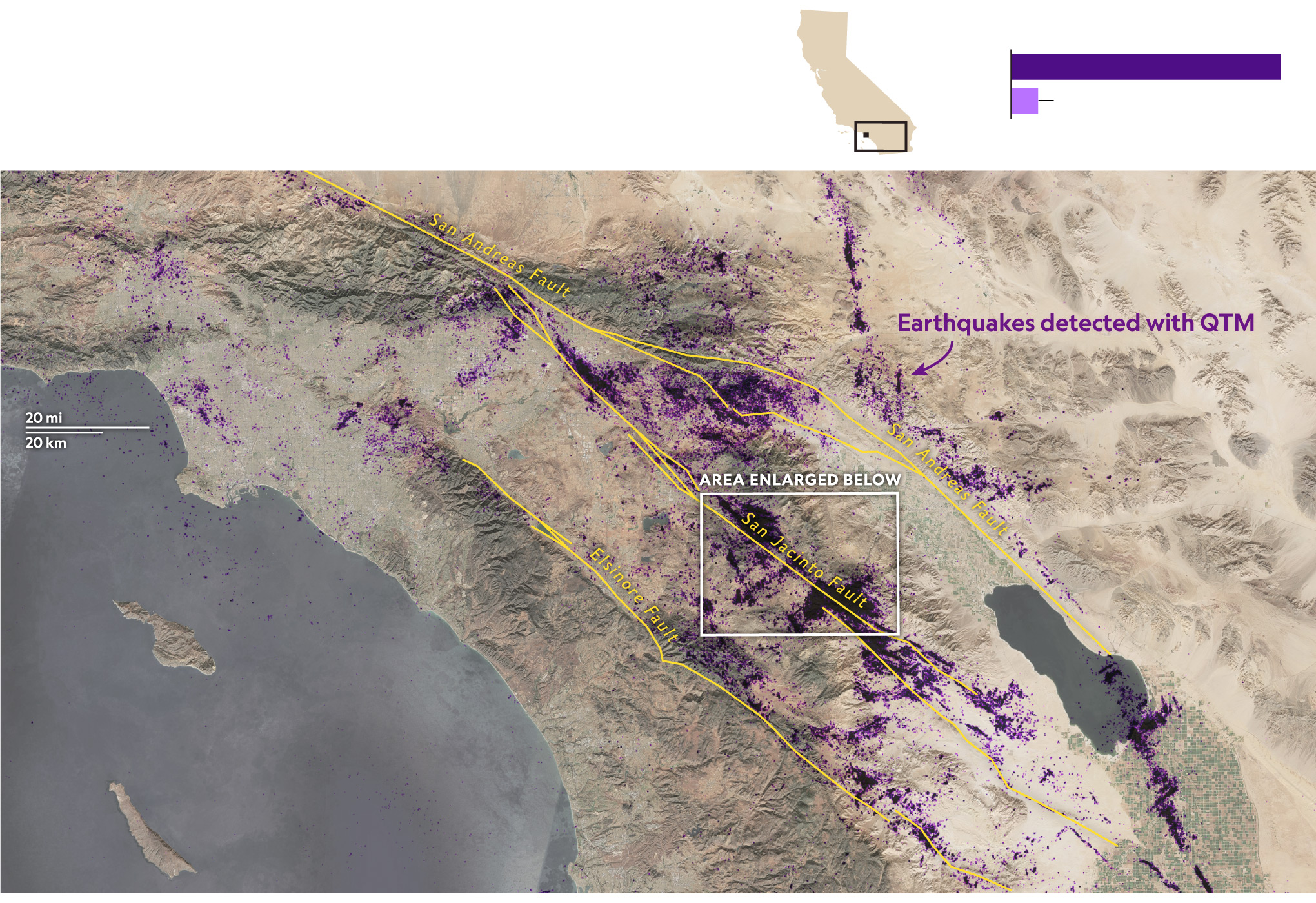 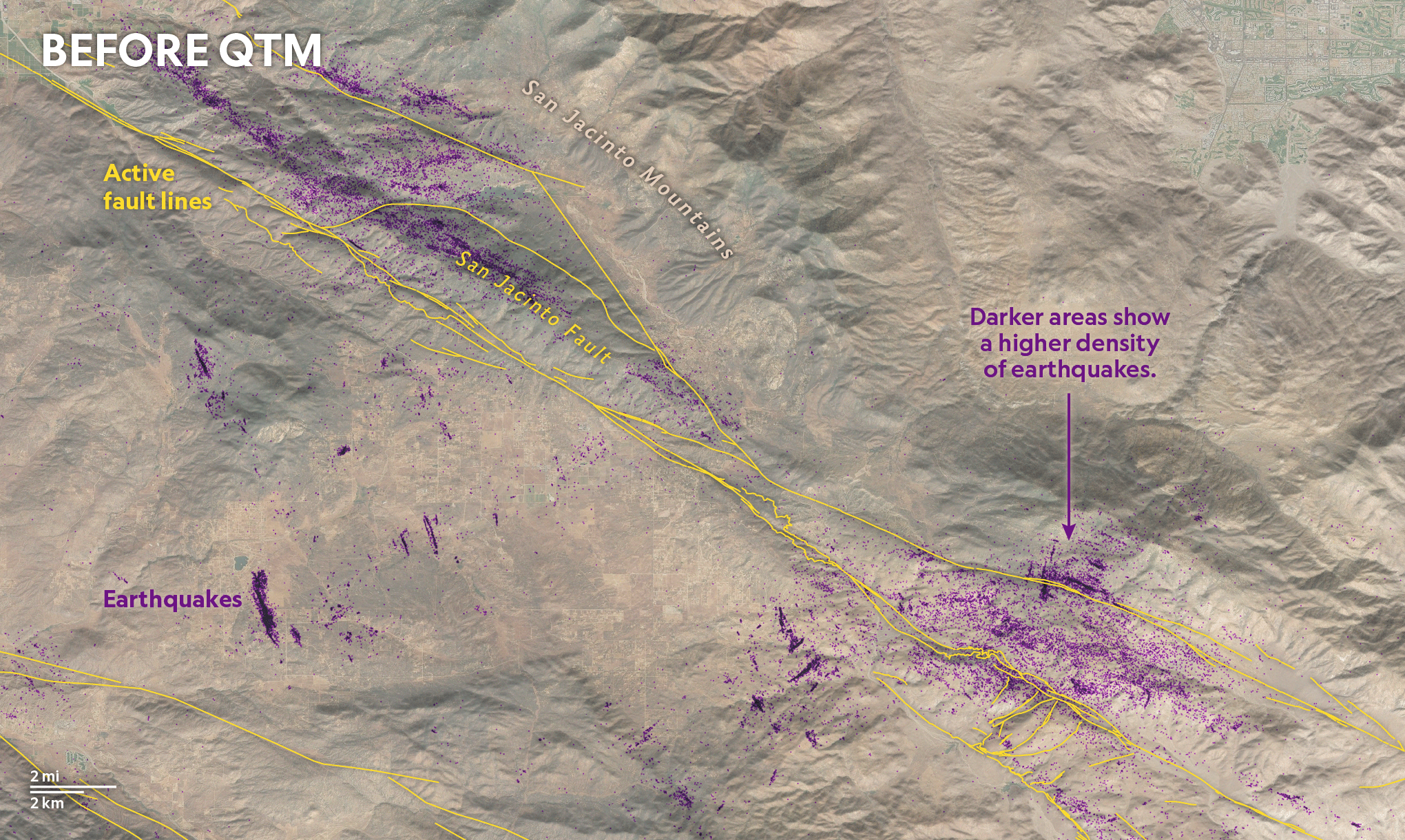 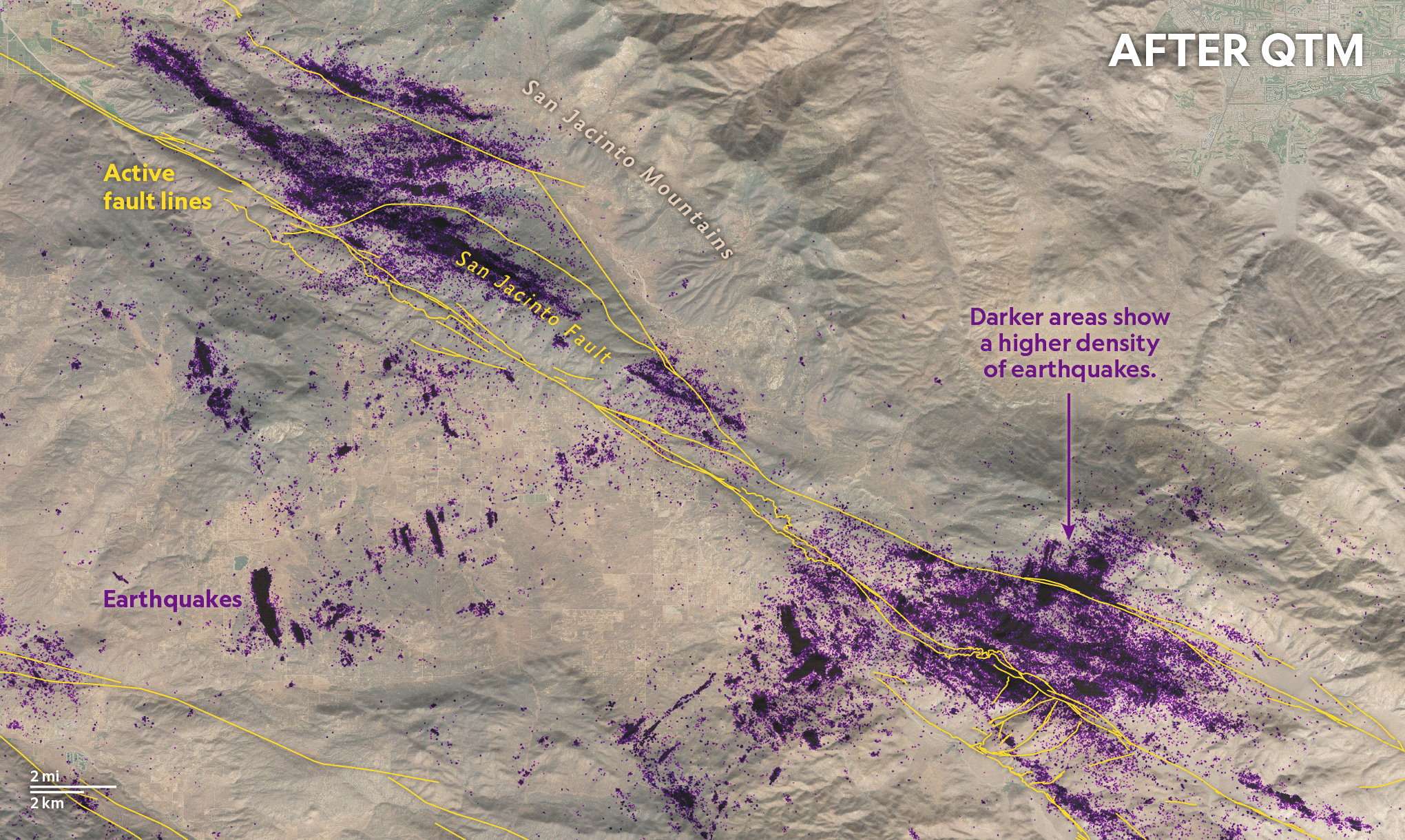 “It’s basically like having a new microscope: You can see more stuff happening,” says study coauthor Zachary Ross, a seismologist at the California Institute of Technology.

In the latest analysis, the team used the catalog and identified sequences of foreshocks for 72 percent of the earthquakes they examined.

The challenge, however, is that the patterns of foreshock timing and strength were unique to each main shock. And this lack of a cookie-cutter template makes it hard to distinguish foreshock sequences from earthquake clusters that were not followed by a big quake.

“We don’t know that there is a diagnostic foreshock fingerprint out there to find,” says Susan Hough, a seismologist at the U.S. Geologic Survey’s Earthquake Center who was not on the study team. It’s possible more data from ever more advanced tools will reveal the “missing” foreshocks—or it may uncover something even more perplexing.

“It's interesting to ponder whether or not their results mean that we still just don't have the detection capacity to see the other missing 20-odd percent,” Bohon says. “Maybe not every earthquake has a foreshock sequence, and what does that mean?”

Still, the ability to see patterns emerge for so many events offers hope for future quake catalogs featuring other fault zones around the world. Almost every seismically active country has earthquake monitoring programs, so this type of analysis could be repeated elsewhere—especially in Japan, where the seismic data are of the same quality as those for Southern California.

“You can start to imagine a situation where maybe [foreshocks are] happening all the time across the Earth,” Ross says. “It’s the kind of thing that’s going to make people think a lot.”

For now, geologists are very careful to note that this result is only a first step, and we’re still a long way from forecasting earthquakes with any degree of confidence.

“What we would really like to do is say, Oh, there’s a 50-percent chance of a [magnitude] 6 or a 50-percent of a 7, and then it’s getting into the realm of weather forecasting and something meaningful,” Hough says. “We just aren’t anywhere close to that at this point.”

Bohon agrees, adding: “Until we fully understand all the nuances of how earthquakes start, we need to learn how to live with earthquakes, so that the communities and the people that live in earthquake country not just survive the earthquake, but thrive in its aftermath.”