What’s the safest gathering size to slow the coronavirus? There isn't one.

Official recommendations are all over the map, when in truth, group size isn’t what matters most with stopping transmission.

As much of the world grinds to a halt to reduce the spread of COVID-19, official recommendations for social distancing have pushed people into ever-smaller clusters, while also confusing an ever-growing number of the general public.

Last week, the U.S. Centers for Disease Control and Prevention warned against groups larger than 250 if there was no known community spread of the novel coronavirus in a region. On Sunday, the guidelines shrunk to a maximum of 50 people for the next eight weeks. On Monday, the White House recommended a maximum of 10. In most cases, the rationale for these specific numbers is not entirely clear, leading to inconsistent behaviors.

In truth, while everyone wants to know how many people is too many, the exact size of a group is not what matters most. Keeping groups small is still important, but people also have to consider the social dynamics of crowds, an individual’s age or underlying conditions, and variations in how viruses behave, according to studies of diseases akin to the novel coronavirus. 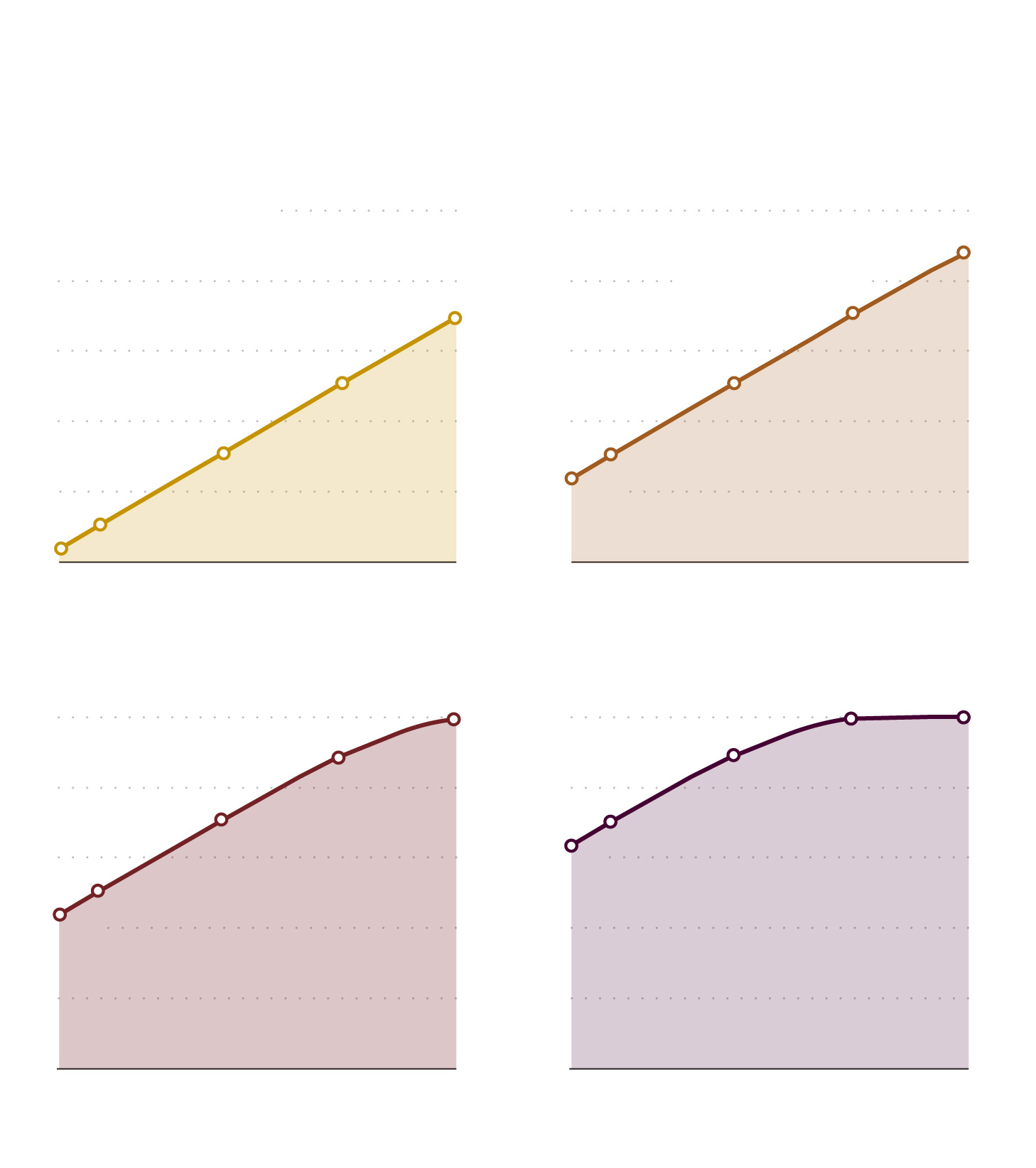 There is a 3 percent chance of someone with COVID-19 attending a 1,000-person event.

There is a 3 percent chance of someone with COVID-19 attending a 100-person event.

While completely isolating everyone would be most effective at stopping the pandemic, it’s not realistic. Instead, keeping groups small can reduce the number of uninfected people who come into contact with the virus. Already cast out of restaurants, bars, offices, and even some veterinary clinics, many people are shrinking their circles accordingly: working from home, canceling play dates, avoiding dinners with close friends, and trying as much as possible to avoid other people.

When it comes to deciding what to do and what to avoid, however, there is no magic number that is safe for a gathering, says Samuel Scarpino, a complex systems scientist and infectious-disease modeling expert at Northeastern University in Boston.

“Oftentimes, people feel like social distancing is useless because there are one or two people they have to come in contact with every day, so there’s no point, because they can’t do it,” says Damien Caillaud, a primatologist at the University of California, Davis, who has studied links between social interactions and infectious disease risk in primates. In reality, “just reducing a little bit the amount of contact is helpful.”

As the COVID-19 outbreak ramped up, friends kept asking Joshua Weitz if they should go to sporting events, conferences, and other gatherings, given the delays in U.S. testing for the coronavirus and the fact that cases are likely going unnoticed. So Weitz, the founding director of the Quantitative Biosciences Ph.D. program at Georgia Tech in Atlanta, decided to create a simple mathematical model that answers a basic question: What is the probability that one or more individuals in an event might be infected with COVID-19?

Weitz divided the number of known COVID-19 cases nationwide by 330 million—the population of the U.S.—giving him the probability that any given person in the country was infected. He then plugged that number into an equation that let him determine the chances that someone at an event of a given size might be infected.

On March 10, he posted a graph of the model on Twitter with a warning: “For organizers of large events, please consider the following: increases in #COVID19 cases means that soon (if not already), the chances of a positive case amongst a large pool of attendees (with all the consequences thereof) comes with increasing risk.”

Social distancing becomes less effective if the prevalence of coronavirus increases among a group. Given the uncertainty in the prevalence of mild and asymptomatic COVID-19 cases among the general public, “it is critical that we reduce the size of gatherings and practice social distancing whenever possible, even in small gatherings,” Weitz says. (Once your body's infected, this is what coronavirus does.)

Adding to the complexity of decision-making, the sheer size of a group is far from the only factor that matters when assessing infection risk.

Lots of small groups can be as risky as one big one, for example. On Cinco de Mayo, if thousands of events happen at bars all over the country, then it becomes almost certain that a sick person will show up and kick off a transmission chain, Scarpino says.

A virus’s level of contagiousness also influences how far and wide it will spread within groups. To illustrate this phenomenon, epidemiologists use a variable called the reproductive number. The R0, pronounced “R-naught” or R-zero, describes how many people are likely to get a virus from each infected person. Equally important, though often overlooked, is how much the R0 can vary for a given virus, Scarpino and colleagues wrote in a preliminary analysis posted online in February.

For example, the R0 was similar during the 1918 flu pandemic and the 2014 Ebola outbreak: an infected person gave the virus to between one and two additional people. But while the 1918 influenza caused a worldwide pandemic, the Ebola virus infected less than a tenth of a percent as many people as the Spanish flu. (Learn about the swift, deadly history of the Spanish flu pandemic.)

One difference, Scarpino says, is that influenza’s R0 was consistent from person to person, whereas Ebola’s R0 was more sporadic. Some people were super-spreaders of Ebola, infecting 20 or 30 more people. Others got sick but didn’t pass the disease to anyone. Some data suggest that COVID-19 lies somewhere in between Ebola’s sporadic surges in infection rate and influenza’s steady pace.

Those subtle differences matter when determining how strictly people should isolate themselves. The details are still a work in progress for COVID-19, but so far, estimates for the virus’ R0 range from 1.5 to nearly 4 people. There is also some evidence that people can be super-spreaders of COVID-19, based on two outbreak events: one that happened at a Biogen conference in Massachusetts and another in South Korea involving a patient who attended a packed church and then ate at a hotel buffet.

This virus is so new that a lack of immunity among the general public makes group size even more important for the novel coronavirus. “So far as we can tell, everyone is susceptible to COVID-19,” says Scarpino, who is working to model forecasts of disease spread in Boston, given the reduction of group sizes with mandatory closures and restrictions by authorities. (Will warming spring temperatures slow the coronavirus outbreak?)

All groups are not created equal

The way people move within crowds can change how the coronavirus passes through groups of similar sizes, too, says Anders Johansson, a systems engineer at the University of Bristol in the U.K., who has studied how illness spreads.

He has found that the number of people in a group matters less than how tightly packed people are and how much time they spend near each other within a crowd.

In a 2018 study, for instance, he and a colleague compared data on movement through the London Underground with numbers on diagnosed influenza-like illnesses collected by Public Health England. Rates of illnesses were higher, they found, in areas where the subway system was busier.

But this uptick was not just because there were more people passing by. A likely explanation is that people passing through a crowded station move more slowly, Johansson and colleagues found in a separate analytical model. This causes them to spend more time in the station and come into closer contact with more people—much like the crowds who spent hours crammed into U.S. airports after new screening rules went into place.

“If it’s not crowded, it may take a few minutes to go through [subway stations], and if it’s really crowded, it may take 20 minutes or 30 minutes,” Johansson says. “You spend more time there and, in theory, are much more likely to pick up a disease.” (Learn how these underlying conditions make coronavirus more severe.)

The value of small sizes

Even without total isolation, studies of disease dynamics in groups suggest that shrinking social circles can make a big difference. Some of the most extensive research comes from the animal world.

In 2004, Caillaud of UC Davis studied an Ebola outbreak that struck a population of hundreds of gorillas in Congo’s Odzala-Kokoua National Park. Gorillas live in social groups of about 10 individuals that include more females than males, and while all females live in groups, some males live alone.

The study turned up another intriguing result: The Ebola outbreak stopped at a major road where gorillas still interacted with each other but at much lower densities. In the context of COVID-19, which has spread more rapidly in cities than in rural areas, those patterns suggest that reducing group size and staying away from each other helps limit the spread of disease, Caillaud says.

“In the case of a disease that does not have a treatment, if you really want to reduce the number of cases, there is only one way,” he says. “With social distancing.”