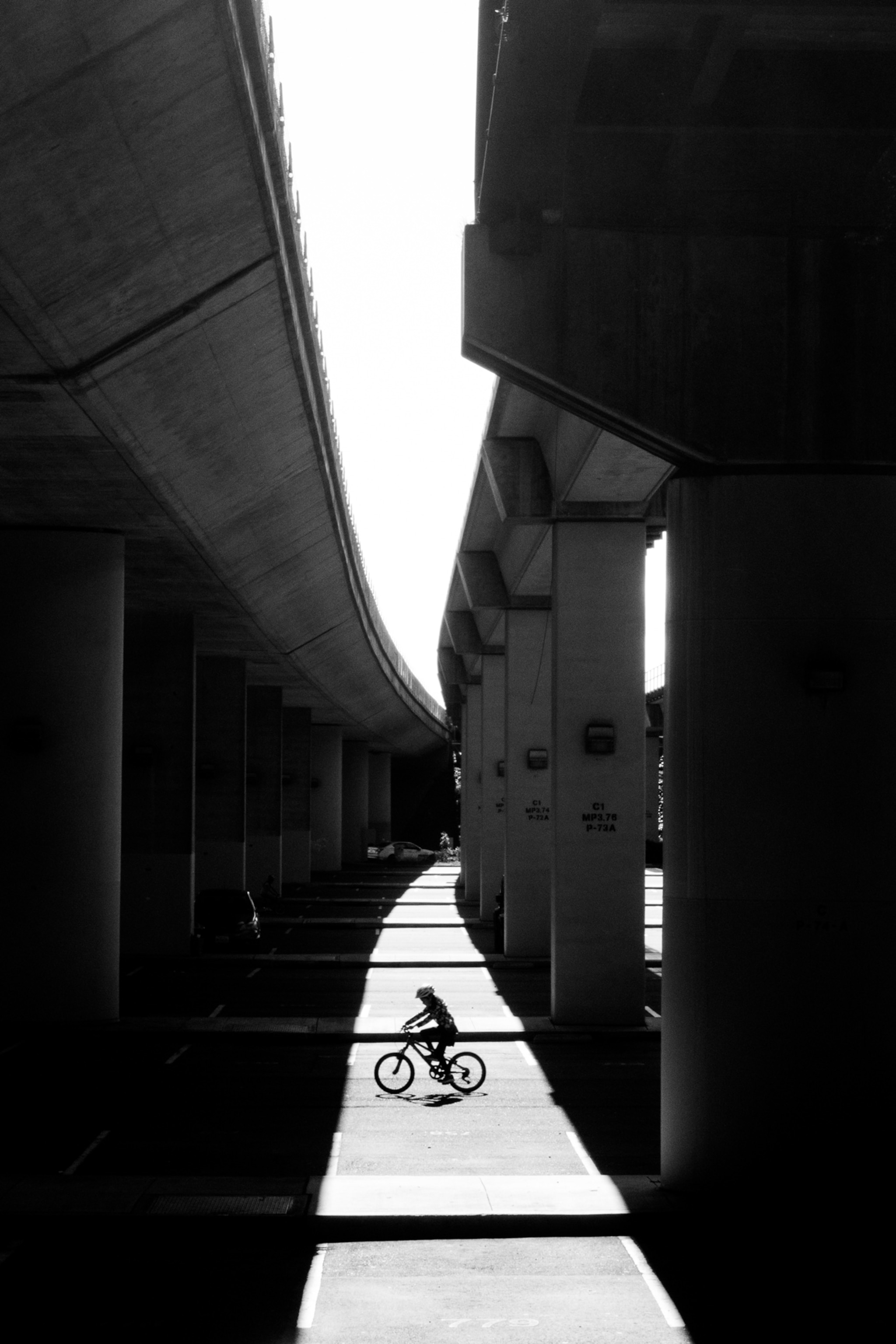 Your daily commute won't ever be the same

Coronavirus will upend—but perhaps make healthier—the ways we use trains, buses, and bike lanes in our post-pandemic future.

A cyclist rides under the highway and the Rockridge BART station on Tuesday, March 31, 2020. A steep decline in BART ridership has left many of the transit agency's parking lots empty, making way for cyclists and skateboarders.
Photograph by James Tensuan

It’s time to go to work. The COVID-19 pandemic is behind us, and—in this vision of the future—trains and buses are running again. But things look different than they used to. You pay your fare without touching anything. Seats are spaced farther apart on divider-filled vehicles, while drivers sit in ventilated compartments, isolated from passengers.

Smartphone apps may help decongest trains and buses. And with more people choosing to bike, walk, or work from home, packed train cars have become part of the pre-pandemic lore.

While it’s impossible to predict the future, interviews with transportation and public-health experts suggest that the pandemic offers an opportunity to reshape transit systems and revive cities, with the potential to ward off infectious disease and even some chronic illnesses. And while lockdowns have put public transport in a state of crisis for the moment, strategic investment, creative thinking, and new technologies could eventually make people feel safe enough to ride again, says Yingling Fan, an urban planner at the University of Minnesota, Minneapolis. “There's certainly a lot of challenge, but also there's a lot of opportunity,” she says.

The pandemic might also open up possibilities for making transit systems more inviting.

“Transportation history is full of stories where something that was done temporarily turned out to be permanent, because people didn't want to go back,” says Jarrett Walker, an international transit consultant and author of Human Transit: How Clearer Thinking about Public Transit Can Enrich Our Communities and Our Lives.

The whole purpose of mass transit is to move heaps of people, and this crowding increases the chances of spreading infectious diseases. In a study of dozens of people during the 2008-2009 influenza season, researchers in the United Kingdom found that those who rode buses or trams were nearly six times as likely as non-riders to seek health care for an acute respiratory illness.

The natural reaction might be to take a car instead, but that ups the risk for chronic illnesses, says Lawrence Frank, a transportation and public health expert at the University of British Columbia. In 2004, he and his colleagues found that every extra hour that people spend in a car each day increases their risk for obesity by 6 percent. Obesity, in turn, is a predictor of diabetes and heart disease—which both increase a person’s vulnerability to COVID-19 complications.

The real question is: How do you build a future that addresses both chronic and infectious disease?
ByLawrence FrankUniversity of British Columbia

“We want fewer people to have those preconditions, so that if a pandemic hits, if they get exposed to it, they will survive it,” he says. “The real question is: How do you build a future that addresses both chronic and infectious disease?”

Urban density is unlikely to disappear, Frank says, nor should it. His research has linked dense neighborhoods, walkability, proximity of shops, and access to public transportation with lower rates of diabetes, heart disease, and stress, as well as with reduced health-care costs.

His group is now investigating how chronic disease and infectious disease vary with neighborhood walkability, transit use, car dependence, and the ability of people to engage in active modes of transportation, like walking and biking. Preliminary results suggest that people who live in more walkable neighborhoods and those with less exposure to air pollution are less likely to have chronic conditions and may be less vulnerable to dying from COVID-19.

Preserving both public transit and encouraging active transportation is important for keeping air pollution down, he adds, and that has health implications, too.

“The most vulnerable society is the one that becomes the most sedentary and the most car dependent, and that's the worst possible case when a pandemic comes,” Frank says.

The COVID-conscious commute may begin before you leave home, Fan says. In some cities in China, such as Shenzhen and Guangzhou, pre-booking a seat is already common on city buses and trains. She suspects that adding the option of pre-paying for fares online or via smartphones could reduce the number of people who need to touch a grimy kiosk.

It’s also possible to disperse people in ways beyond limiting transit capacity, which plenty of places have done during the pandemic, Walker says.

Cities can use existing automatic vehicle-location and passenger-flow monitors to quickly reroute buses when demand changes. Automated passenger-counters and weight sensors—currently in use in Australia, the U.K., and elsewhere—can provide information about train-car capacity through smartphones or display screens at stations, so riders can spread out by picking the least crowded car.

Last year, Google started using crowdsourcing and traffic information in more than 200 cities worldwide to give users a heads-up about how full they should expect buses and trains to be. Integrated with smartphone apps, all this information could reduce congestion by allowing passengers to avoid crowded platforms and vehicles. So far, this type of data has not been used by officials to enforce crowd spacing on public transport, Fan says, but applying the idea is conceivable, as China already uses similar technology to restrict road traffic.

In an exclusive interview with National Geographic, Anthony Fauci of the U.S. National Institute of Allergy and Infectious Diseases addresses the misinformation about the origins of COVID-19 and what he hopes will change to prevent a similar crisis from happening in the future.

However, using some of these apps might mean surrendering certain levels of privacy. Monitoring apps on your phone, for example, could alert you if you have ridden a train with someone who later tested positive for COVID-19. Apple and Google are developing software with this kind of contact-tracing capability, which is already available in China, Singapore, and other countries.

Cultural differences play into the willingness to give up privacy, Fan says. South Korea’s contact tracing has been successful in part because laws allow the government to track an infected person’s credit card history and cell phone location data.

“The trade-off between privacy and safety is a hot topic,” Fan says. “I do not think the general public in the U.S. is ready for any strict contact-tracing measures.”

Facial sensors like ones that have been deployed on public transportation in China may also measure your temperature, rejecting entry to a bus or subway station if you have a fever. Once antibody testing is accurate and easily available, you might even show an immunity card before you can board, though there will be a fine line between safety and hassle, adds David Levinson, a transport engineer at the University of Sydney, Australia.

“All of those invasions of privacy are things that are not going to make people happy, and are going to make them more likely to use other modes than public transit,” he says. “People will find alternatives if they can.”

Bikes are among those alternatives. New bike lanes have already been popping up during the pandemic, appearing in cities from Berlin to Bogota. In recent weeks, Oakland, California, has closed 74 miles of streets to make room for cyclists and pedestrians, and many other places, including Seattle, Washington, and Milan, Italy, aim to permanently reduce car use.

Experts predict these bike lanes will create a self-perpetuating cycle, as the number of people biking boosts demand. During a major overhaul of the freeway through downtown Seattle, for example, the city temporarily turned traffic lanes into bus lanes, and then never took them away. Building 400 miles of bike paths in Paris would cost much less than—just two percent the price—an upcoming redesign of the city’s subway system.

Biking isn’t realistic for everyone, Walker says, and it tends to be more accessible to people who live close to their jobs. Still, a growing industry of electronic bikes could help people commute farther, especially if public transportation systems integrate their fare structures with bike-sharing programs to allow people to hop from bike to train to bike again, Frank says. E-bikes are already available through share programs in dozens of cities.

For some people, the future of commuting might be no commute at all. About half of adults with jobs in the U.S. are working from home during the pandemic, according to a report published by the Brookings Institution in April. That’s more than double the percentage who did some telecommuting two years ago. Close to 20 percent of chief financial officers surveyed by Brookings said they planned to permanently retain remote work for at least 20 percent of their workers.

This kind of societal shift could further reduce crowding and the spread of disease on mass transit, Levinson says, especially if people go into offices only occasionally, if they bike when they can, and if they get better about staying home when sick.

Still, maintaining strong public transit systems is a key component of vibrant cities, Fan says. Buses, trains, and other modes of public transportation bring people together across race and income, and that kind of mixing builds empathy in a way that sitting in your car doesn’t.

“Public transportation is a place where people experience urbanism,” she says. “It’s where people negotiate their differences.”