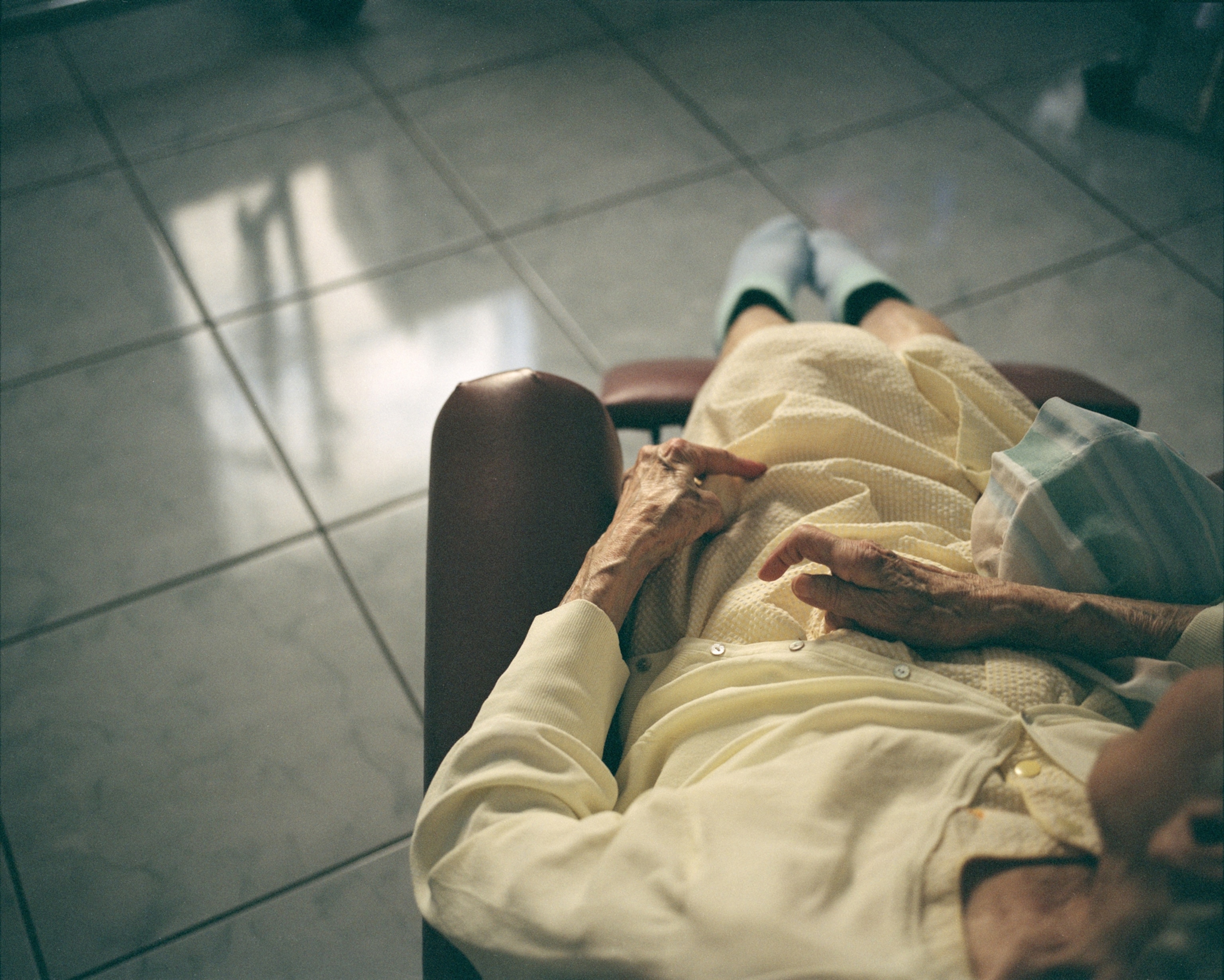 How to beat loneliness during a pandemic? LGBTQ elders lend their wisdom

LGBTQ seniors are more than twice as likely to live alone, but many have created strong communities to replace the family support they have lost.

Even though the statistics say LGBTQ seniors are the most likely to be lonely or isolated, many of these seniors are aging with the flair and stubborn joy that have sustained them all their lives. Their resilience can be a lesson for others.
Photograph by Annabel Clark, Redux

After a lifetime of living openly as a gay man, Elliot Englebaum, 73, has become a shut-in at his assisted living facility in Hollywood, Florida. Because of the deadly coronavirus pandemic, Englebaum spends most of his time alone in his room, where he reminisces about going to the movies every week with his late husband. He takes the occasional socially distanced walks on the grounds, where he delights in spotting invasive iguanas basking on the lawn.

Englebaum, a former social worker who has seen LGBTQ freedom grow since he took part in the Stonewall Riots in the summer of 1969, has never felt lonelier. Even though he is out to his friends at the residence, he is the only gay man at the facility.

“There is no one here for me,” says Englebaum.

Loneliness, psychologically speaking, is different from mere solitude. This mental state can be experienced both while separated from other people or while in a crowd, and it can exacerbate health conditions, including anxiety, depression, dementia, Alzheimer’s disease, high blood pressure, and heart disease. That can be especially concerning for LGBTQ seniors in the United States, who are more than twice as likely to live alone and experience social isolation than non-LGBTQ seniors, according to SAGE, an advocacy group for LGBTQ elders.

Even before the pandemic, about 50 percent of LGBTQ seniors reported feeling lonely or isolated as they age, according to a survey by AARP. Along with the typical factors that contribute to loneliness in aging populations, LGBTQ seniors face increased risks, including lack of children, estrangement from family, ostracism by peers, and the loss of friends and partners during the peak of AIDS crisis in the 1980s and early 1990s.

My life as a youngster was very tough. But even when things are hard, you get through them.
ByLillian Wolf86, retired military veteran

Englebaum’s loneliness stems, in part, from isolation measures put in place by his facility and by the state of Florida to stem the spread of coronavirus. Roughly half of the Sunshine State’s 2,993 deaths have involved residents or staff members at long-term care facilities, according to the Florida Department of Health.

“Loneliness is already the number one problem residents face in nursing homes,” says Steve Blay, co-founder of Friends Across the Ages, an organization that pairs nursing home residents with volunteers—with long-term friendship and community engagement in mind. “With the pandemic, isolation and loneliness have increased exponentially.” SAGE estimates that there are about 1.5 million LGBTQ seniors residing in the U.S., but less than 5 percent of them are assumed to live in nursing homes. Exact numbers are difficult to assess, however, given the majority of LGBTQ seniors are afraid they’ll face discrimination from nursing home staff or their peers if they’re open about their sexuality.

But there is an upside to being an LGBTQ elder. Since before the Stonewall Riots and Gay Liberation, many LGBTQ people in the U.S. have come together to care for one another, creating a community to replace the family support many have lost.

The health effects of loneliness

Loneliness is a top-down condition, starting in the brain and affecting the rest of the body. Chronic loneliness and perceived isolation can have a dramatic effect on the wellbeing of human subjects at any age, according to work by John and Stephanie Cacioppo, the husband and wife neuroscience team responsible for many of the breakthroughs in cognitive loneliness research over the past two decades.

The Cacioppo Evolutionary Theory of Loneliness describes loneliness as a condition contrary to the social behaviors humans evolved to stay safe enough to pass on their genes. In the absence of that socialization, our brains begin to break down, affecting both our mental health and our behavior. This stress can literally morph the structure of the brain.

Perceived social isolation has been shown to contribute to faster cognitive decline in the elderly, according to early research on the subject by John Cacioppo. Loneliness also decreases executive functioning, the thinking skills that allow us to make decisions quickly and manage our daily activities with minimal stress. Not only that, loneliness can change the way we think and react, making us more likely to experience symptoms of depression, more sensitive to social threats, more likely to experience self-defeating thoughts, and other negative thought processes that can make a return to social interaction difficult for people who are already lonely.

The human brain treats isolation as
a form of threat.
BySteven ColeUCLA

“The human brain treats isolation as a form of threat,” says Steven Cole, a UCLA genomics researcher who studies social influences on health. “When we’re lonely or disconnected from others, that triggers fight-or-flight stress responses that activate inflammatory systems and suppress antiviral responses. And that’s certainly not ideal amidst a coronavirus pandemic.”

According to Cole’s research, loneliness can weaken the immune system and cause inflammation, leaving the sufferer susceptible to many types of chronic disease. For example, loneliness increases the risk of heart attacks and strokes at the same rate as light smoking or obesity.

In many states, underfunded and understaffed elder care facilities are struggling to balance the effects of loneliness with the need to protect their vulnerable residents from COVID-19. In facilities such as Englebaum’s, residents can go outside for walks or make shopping trips as long as they isolate themselves for up to two weeks after contact with people outside the facility. In other nursing homes, staff members have reported stricter isolation measures that have confined non-ambulatory residents to their rooms, with little reprieve or social contact, since March.

“Some people don’t get out of bed,” says Ana Rodriguez, a medication technician at multiple long-term care facilities in Jacksonville, Florida. “They only see one person a day. When I go, that person is me.”

A cure for loneliness

Even though the statistics say LGBTQ seniors are the most likely to be lonely or isolated, many of these seniors are aging with the flair and stubborn joy that have sustained them all their lives. Some have done this by establishing large organizations like SAGE or developing programs at LGBTQ centers to keep members of the community connected as they age. Their resilience can be a lesson for others.

Lillian Wolf, 86, moved from Maryland to a retirement home in Orlando, Florida, in early March, just before the pandemic locked down facilities in the state. Vibrant and social, Wolf immediately got in touch with the LGBTQ+ Center Orlando, where she became part of the Older Wiser Learning Program, which connects LGBTQ seniors with each other and the LGBTQ community in the city. Although they can’t take their usual field trips to the local attractions, the OWL group keeps up with each other through weekly video conferencing meetings on Zoom.

Even though Wolf misses her partner of 40 years, who died in 2015, she meets each new challenge in her life with resilience and wisdom. She still loves to talk on the phone with her relatives. She keeps up her weekly poker game and isn’t shy about cracking a joke or two. Like Englebaum, Wolf is the only LGBTQ person in her facility that she knows of. But her lifetime of making the best of what she has—and finding joy in the little things—prepared her to stay stubborn and positive in the midst of the pandemic.

“You have to be aware that there’s things beyond our control,” says Wolf, who served in the Navy and the Army. “My life as a youngster was very tough. But even when things are hard, you get through them. Maybe that’s why I’m not really worried.”

By staying engaged with the LGBTQ community, Wolf has maintained a network of people to support her emotionally as she ages. Such high-quality social relationships have been shown to prevent the decline in cognitive performance that usually accompanies aging and loneliness.

Candor about struggles can provide some relief, too, even when it’s done over the internet—though researcher Seydi Ahmet Satici warns that addiction to social media can have the opposite psychological effect if people are not careful. Other seniors have forgotten about their loneliness through “serious,” goal-oriented leisure activities, like the quest for the perfect sourdough recipe. Like Wolf and Edlebaum, older adults in China have found respite from their loneliness in weekly, scheduled telephone calls with volunteers, family members, and old friends. And even if you can’t go to a Pride parade, dancing by yourself can improve your mood and cognitive function. No matter how brief the connection, talking to another human in real-time with openness and understanding can lift a person up from the depths of loneliness.

“When you have to hide an integral part of who you are, that has significant and profound impacts on your physical and mental health,” says Charles Pitre Hoy-Ellis, remembering moments from his life as a young gay man that inspired him to research and advocate for the health of LGBTQ elders. Hoy-Ellis is now an assistant professor of social work at the University of Utah who specializes in LGBTQ health equity.

Since positive social support isn’t a given, SAGE has created programs to help aging members of the community stay connected. One of these programs is the South Florida Institute on Aging’s Friendly Visitor Program, which matches volunteers (Friendly Visitors) with lonely and isolated LGBTQ elders.

The pandemic is making it difficult for these programs to continue many of their usual activities. But LGBTQ adults who are still thriving have managed to maintain face-to-face contact with others, either by Zoom or by living in a group that has isolated together, like Wolf’s. Edlebaum tries to talk on the phone whenever he can. They’re also finding ways to maintain a sense of purpose, which is a major factor in healthy aging.

Hoy-Ellis offers the example of an organization called ACT UP, AIDS Coalition to Unleash Power, which operated in San Francisco during the AIDS pandemic.

“Their credo was silence equals death. So if you don’t speak up, you’re actually contributing to death,” says Hoy-Ellis. “Even in the realm of LGBTQ older adults and social isolation and loneliness, speaking up, just speaking up, makes a difference.”