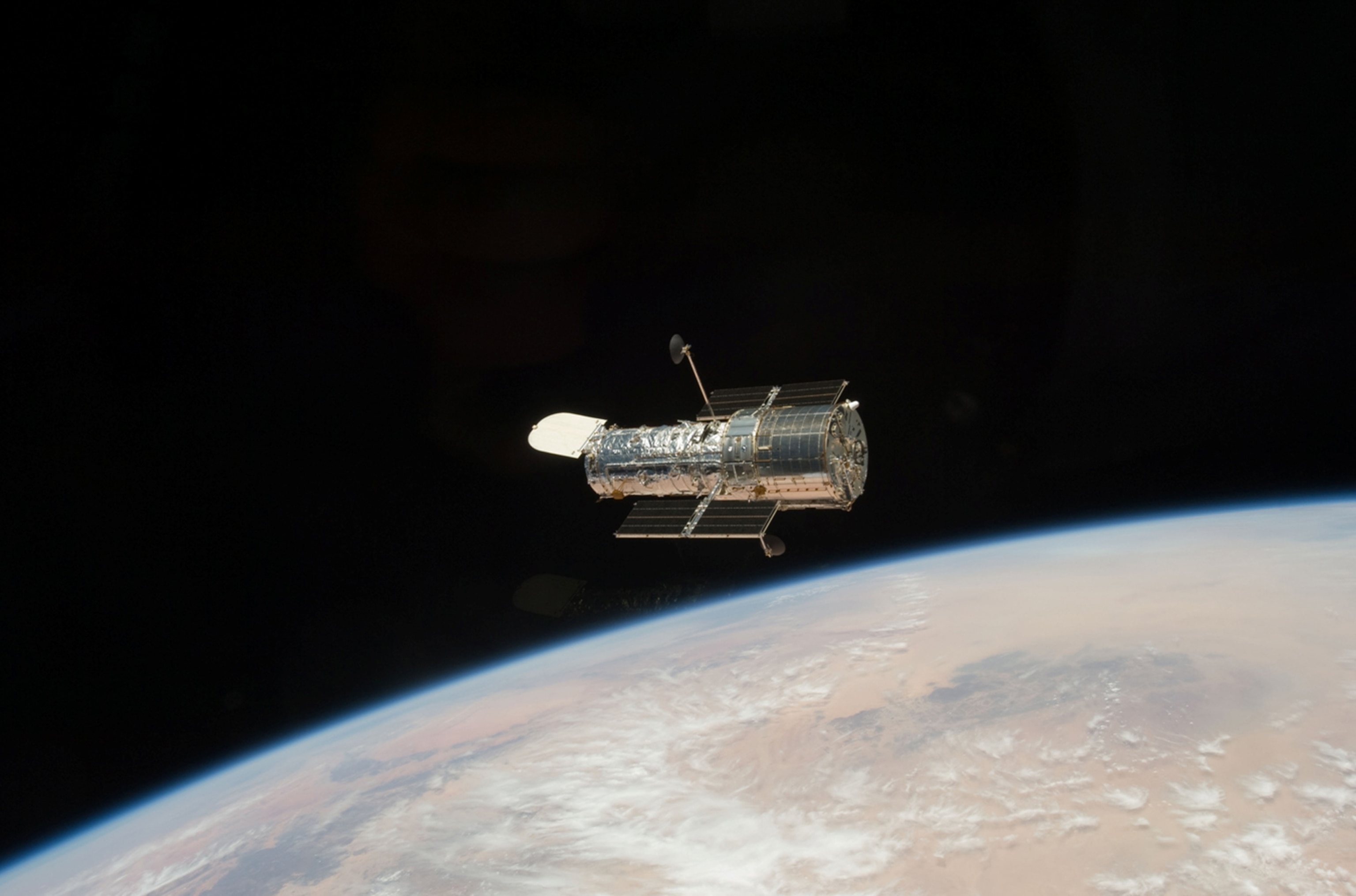 Spotted in a galaxy that existed just 900 million years after the big bang, the primordial star Earendel could offer a rare window into the early universe if confirmed by follow-up studies.

By using the gravity of a large cluster of galaxies as a magnifying glass, the Hubble Space Telescope has spotted the most ancient star known.
Photograph by NASA

Astronomers using the Hubble Space Telescope have spied what they suspect is a single star in a galaxy far, far away—the farthest and most primordial star yet observed.

“It’s by far the most distant individual star that we’ve ever seen,” says NASA’s Jane Rigby, a co-author of the paper describing the discovery published today in the journal Nature. “This will be our best chance to study what an individual, massive star was like in the early universe.”

The star is nicknamed Earendel, after the Old English for “morning star” or “rising light.” It hails from just 900 million years after the big bang; the previous record holder, nicknamed Icarus, existed roughly 4.3 billion years after that explosive event. That means Earendel existed during a time shortly after the infant universe had emerged from an age of darkness, when some of the first galaxies were growing and evolving.

Scientists estimate that Earendel is at least 50 times more massive than the sun, although it may be a binary pair of stars rather than a lone star. Follow-up observations with NASA’s James Webb Space Telescope (JWST) should help confirm whether the object is a star—or something else entirely.

“This is a really exciting interpretation, and I’d love for it to be true,” says astronomer Katherine Whitaker of the University of Massachusetts Amherst, who was not part of the discovery team. “These are the types of things I hope we discover more of, and I look forward to what their follow-up observations show.”

Studying the distant universe is like looking back in time. Because of the time it takes for light to traverse the cosmos, scientists see extremely faraway stars and galaxies as they appeared millions or billions of years ago, when those objects emitted the light that telescopes capture today. In addition to deploying more advanced telescopes, scientists have developed increasingly clever ways to explore the deepest reaches of space and time.

For this observation, astronomers used Hubble to peer into the early universe by aiming it at an extremely massive cluster of galaxies called WHL0137-08. Clumps like this are so massive that their gravity twists and warps surrounding light, sometimes fortuitously magnifying background objects in a phenomenon known as gravitational lensing.

Over the past decade, the Reionization Lensing Cluster Survey has used 41 of these cosmic lenses to search for magnified objects that existed when the first lights in the universe were just flickering on. Using this technique, scientists have spotted faraway stars, galaxies, supernovas, and extremely bright objects known as quasars.

When galaxies are seen this way, the light is warped into a characteristic arc. One of those magnified galaxies, now nicknamed the Sunrise Arc, is home to the Earendel star.

“The galaxy that the star is in is gravitationally lensed into a long, thin, crescent-shaped arc,” says lead study author Brian Welch of the Johns Hopkins University in Maryland. “That lensed arc was the longest lensed arc that we had seen at such a great distance—within the first billion years of the universe.”

A star in the arc

Although astronomers knew the Sunrise Arc would be an interesting galaxy to study, they had no idea exactly what they’d find. Welch, a Ph.D. student, was given the task of figuring out what might be hiding inside. As he and his colleagues sifted through the observations, they realized that a portion of the arc was extremely magnified, and that it perhaps contained a fuzzy image of a single star.

Welch and the team calculated that the object had been magnified by a factor of thousands, meaning that it was much smaller than the smallest known star clusters. Even so, additional calculations revealed that the object—Earendel—was at least 50 times the sun’s mass, so as far as stars go, it was quite big.

“It’s a million to ten million times as bright as the sun, so it’s gotta be a monster, but how big a monster?” Rigby says. “We don’t know what kind of star it is.”

Earendel lived in a universe that was very different from today—a cosmos still shaking off the turmoil of its radiant birth. In its infancy, the universe was mostly dark. There were no stars or galaxies, just an expanding sea of slowly cooling hydrogen gas. After half a billion years or so, the lights turned on. The first stars emerged from that gas and clumped together to make galaxies, while black holes formed amid the activity. The cosmic dark ages were over.

But starlight couldn’t travel easily through the sea of neutral fog at first, and instead it was mostly bounced around and scattered. Eventually that veil lifted—a period known as the epoch of reionization, when ultraviolet radiation erupting from short-lived, violently dying stars baked away the obscuring fog, Rigby says, allowing starlight to travel freely through the cosmos.

Scientists suspect that an earlier generation of massive stars—perhaps similar to Earendel—are responsible for that transformation.

Follow-up observations with NASA’s newest space observatory, the James Webb Space Telescope, will help the team better measure Earendel’s temperature and brightness. Astronomers will also be able to take a census of the chemical elements present in the star and galaxy. If Earendel is something other than a star—perhaps a small black hole surrounded by a swirling disk of bright gas and dust—JWST should help sort that out.

But Welch and his colleagues are hopeful that their initial conclusion will hold. According to Rigby, the magnified giant in the Sunrise Arc represents the best chance yet to study a star from such an early era in cosmic history.

“We didn’t go looking for the most distant star, it was something we stumbled upon,” Welch says. “Only a few generations of stars could have possibly existed before [Earendel],” he adds. “It could look a lot different than the stars we see in the local universe, so a chance to actually study one in detail is really, really exciting.”