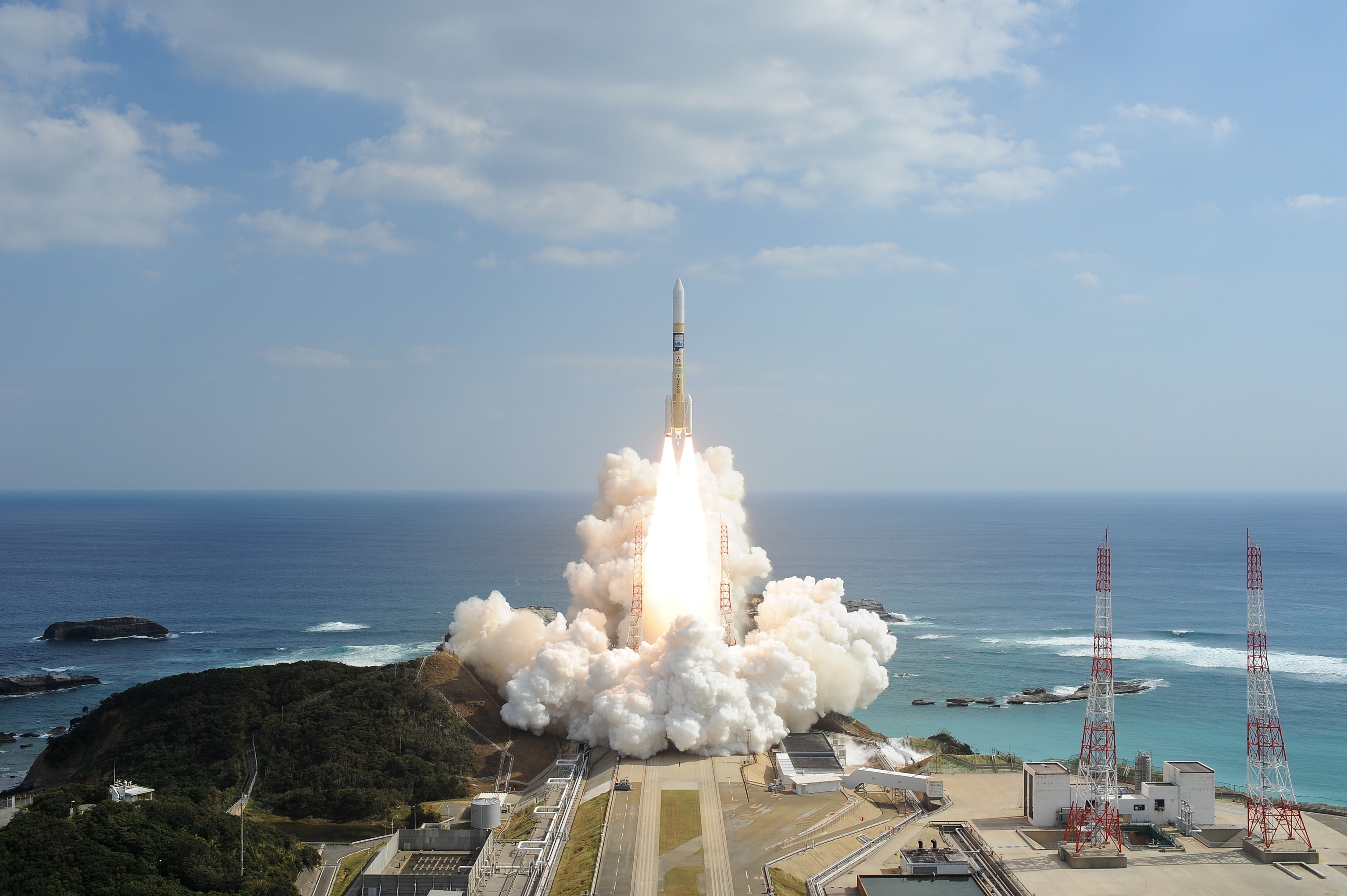 Carrying the UAE’s KhalifaSat, the H-IIA Launch Vehicle blasts off from Japan’s Tanegashima Space Center.
Photograph courtesy Mitsubishi Heavy Industries Ltd./JAXA
This is Paid Content. The editorial staff of National Geographic was not involved in the preparation or production of this content.

The Emirates launched the KhalifaSat Earth Observation imaging satellite from the Japanese Tanegashima Space Center on an island off the southern tip of Japan aboard a Mitsubishi Heavy Industries H-IIA rocket.

Developed by a team of young Emirati engineers from the Mohammed Bin Rashid Space Centre (MBRSC), the satellite is a source of inspiration for young Emiratis.

KhalifaSat project manager Amer AlGhafri says the sky is the limit for the future of the Emirates’ satellite program.

KhalifaSat emerged from bold beginnings in South Korea where a small team of Emirati engineers learned the basics, a team that eventually grew to a crew of over 70 working around the clock in a purpose-built “clean room” in Dubai.

The MBRSC constructed the clean room to develop and build the satellite, a facility which will continue to be transformed as the UAE National Space Programme expands in the coming decades.

KhalifaSat’s launch manager Abdullah Saif Harmoul says one of the main purposes of building and launching KhalifaSat was to prove the Emirates’ ability to blast home-grown technology into space.

“The purpose of KhalifaSat is to show our capability and know-how and bring technology here,” says Harmoul.

Equipped with the latest in space and imaging technology, KhalifaSat is a powerful imaging tool, more agile than its predecessors: the DubaiSat-1 launched in Kazakhstan in 2009 and DubaiSat-2 launched in Russia in 2013.

“When we started KhalifaSat we grew as a team and those people whose expertise helped build the DubaiSat-1 and the DubaiSat-2 joined us”.

“We needed more expertise to build this satellite so the focus was not only on the satellite itself but on the team.”

“We’re doing this with UAE engineers, giving them knowledge we brought from South Korea so we’ve learned a lot and now we’re teaching others how to build satellites in UAE,” Almidfa says.

“It’s a great moment for our team, for the nation, for the country.”

“This proves to the world what we’re capable of.”

In terms of its practical uses, KhalifaSat will be used in urban planning as well as aid in the design of smarter cities of the future.

KhalifaSat is designed to capture images with a resolution of just 70cm, meaning each pixel represents less than 1 metre of the ground being captured. It is the most advanced satellite in terms of imaging in the PanGeo Alliance fleet.

The PanGeo Alliance is an organisation of seven satellite operators, including MBRSC. It supplies daily global imaging capability with its 13 operational satellites.