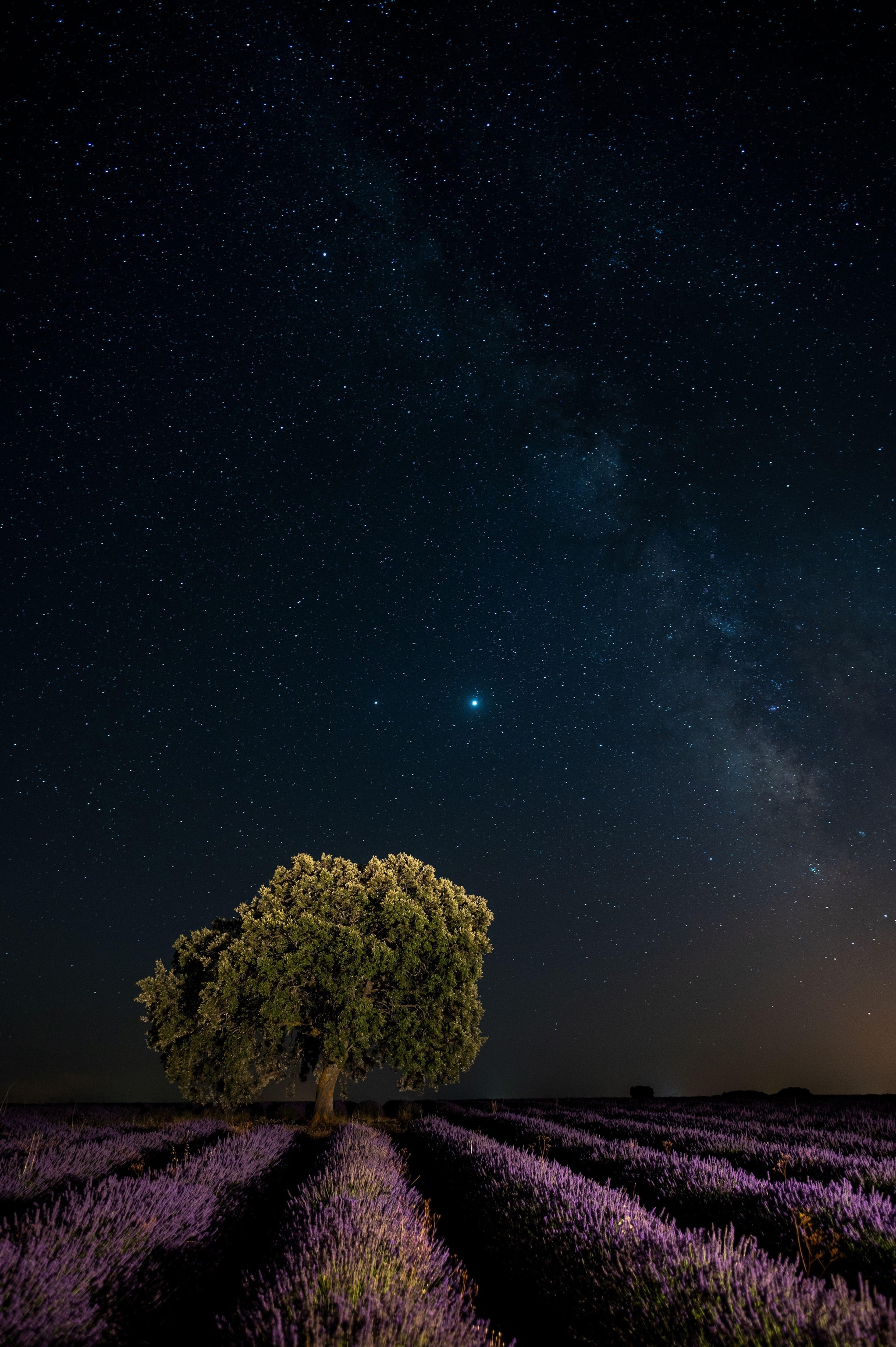 In rare sky show, Jupiter and Saturn will nearly 'touch' on the winter solstice

On the night of December 21, stargazers will be in for a holiday treat as the two bright planets appear closer together than at any time in the past 400 years.

Jupiter and Saturn shine on a clear July night over a lavender field near the village of Brihuega, Spain. In December 2020, the two planets will appear the closest as seen from Earth since 1623.

Stargazers are in for a rare treat in the days just head of Christmas, as two of the solar system’s brightest planets, Jupiter and Saturn, engage in a celestial dance that will bring them within planetary kissing distance in the evening sky.

Best of all, the spectacle, which will be visible from all over the world, can be enjoyed without any special equipment—just look southwest, as soon as the sky gets dark. Those with access to a telescope are in for an additional rare treat: With a typical amateur instrument set to low power, the two giant planets will fit within a single field-of-view. Jupiter, with its four bright moons, and Saturn, with its distinctive rings, will be visible all at once.

But there’s no need to wait to get out there and start looking. “It’ll be infinitely more fun to watch throughout the month, rather than just going out on December 21,” says Laura Danly, curator of the Griffith Observatory in Los Angeles. “You’ll see those two lights, Jupiter and Saturn, getting closer and closer and closer, until on the 21st, they’re just one-tenth of a degree apart”—about a fifth of the width of the full moon as seen in our sky.

That's pretty close, considering you can cover the entire lunar disk easily with an outstretched thumb. Even so, most observers should be able to distinguish the two planets. “If your eyesight is good enough to drive, then you’ll be able to see that [Jupiter and Saturn are] two separate objects,” even at their closest approach in the sky, Danly says.

Astronomers call such a close planetary pairing a conjunction. Jupiter-Saturn pairings occur about once every 20 years, and because of their rarity are referred to as “great conjunctions.” By comparison, conjunctions involving the inner planets Mercury and Venus—with each other or with one of the outer planets—are much more common, occurring many times per decade.

The further a planet is from the sun, the slower it moves across our sky—and Jupiter and Saturn are the two most distant planets that can be readily seen with the unaided eye. (Saturn, more distant than Jupiter as well as physically smaller, is the fainter of the two.) Jupiter completes one revolution around the sun every 12 years, while Saturn takes about 30 years—a celestial playbook that results in their meeting in the sky every two decades.

Not all Jupiter-Saturn conjunctions are created equal, however. Their orbits don’t lie in precisely the same plane. (If they did, Jupiter would literally block our view of Saturn every 20 years.) Typically, the planets pass above or below each other in the sky, separated by a couple degrees. This year, though the two giant planets will appear right next to each other from our perspective on Earth, they will actually be several hundred million miles apart.

Jupiter and Saturn last lined up as closely as this in 1623, roughly a dozen years after Galileo first aimed a telescope at the night sky and discovered Jupiter’s four largest moons. But there was a catch: “That one wouldn’t have been easy to see, because the two planets would have been so close to the sun in the sky,” says Kevin Schindler of the Lowell Observatory in Flagstaff, Arizona. (This was also the case during the last great conjunction in 2000.)

“You have to go all the way back to the year 1226 to find one that was visible, and was this close.” The next comparably close conjunction will be in 2080.

Throughout history, people have taken note of planetary conjunctions, often attributing astrological significance to the phenomenon. In his epic poem Troilus and Criseyde, for example, Geoffrey Chaucer described a great conjunction that took place in 1385, writing that “Saturn and Jove, in [the constellation] Cancer joined were that such a rain from heaven poured down.” Some astrologers predicted a worldwide cataclysm—which, needless to say, did not transpire.

Today we know that although the planets do exert a small gravitational tug on one another, their effect on our own planet is negligible, so we can relax and enjoy the show—or try to photograph it.

To get a really good shot “takes substantial practice and experimenting, and reasonably good equipment,” says Bradley Schaefer, an astronomer at Louisiana State University. While your smartphone’s camera might show two dots in the sky, those with a digital single-lens reflex camera, or at least a camera with a zoom lens that attaches to a tripod, will likely get better results.

“You’ll definitely want to use a tripod, and you should plan in advance where you’ll be shooting from,” Schaefer says. Just make sure you have an unobstructed view to the southwest.

And if it’s cloudy, have no fear—a number of observatories, including Lowell in Arizona, will be livestreaming the event.

Dan Falk is a science journalist based in Toronto. His books include The Science of Shakespeare and In Search of Time. Follow Dan on Twitter.